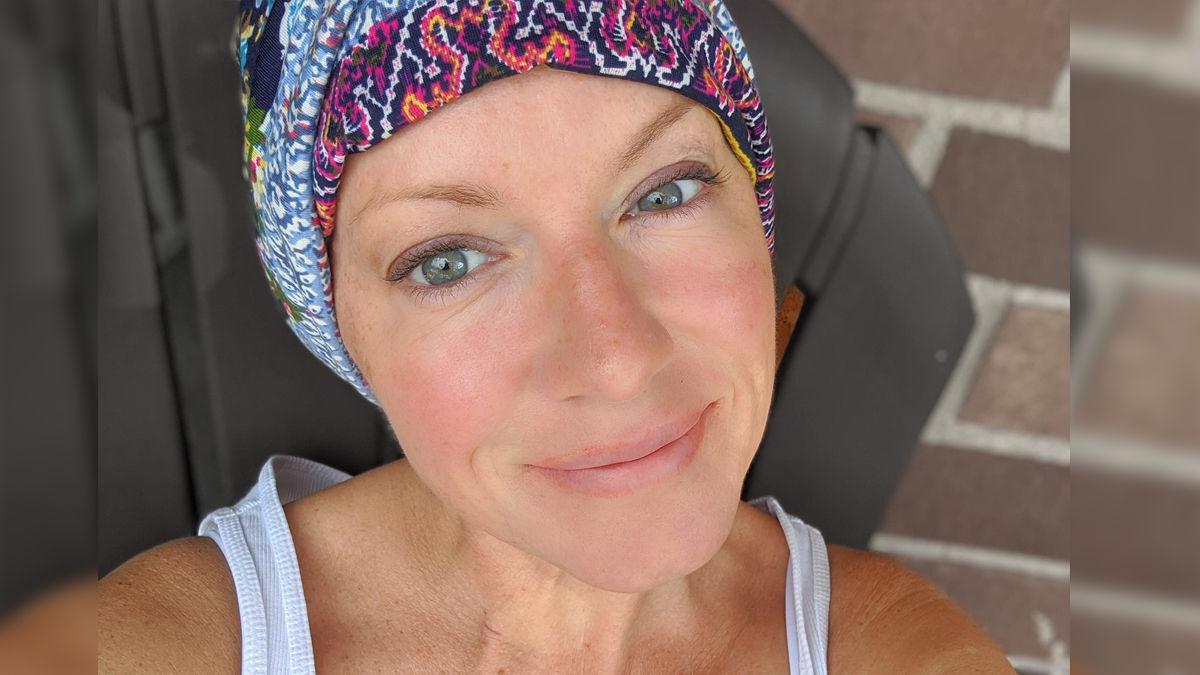 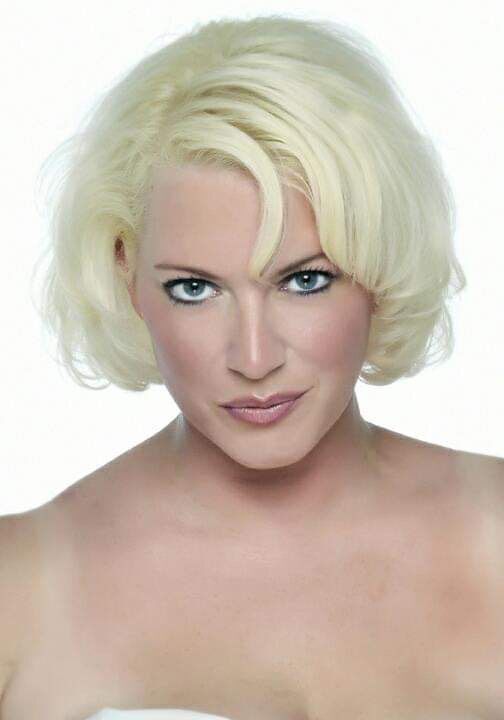 Well before moving to Flagstaff last month, Robyn Griggs Wiley enjoyed a long career as an actor, most notably on the soap operas "One Life to Live" and "Another World." 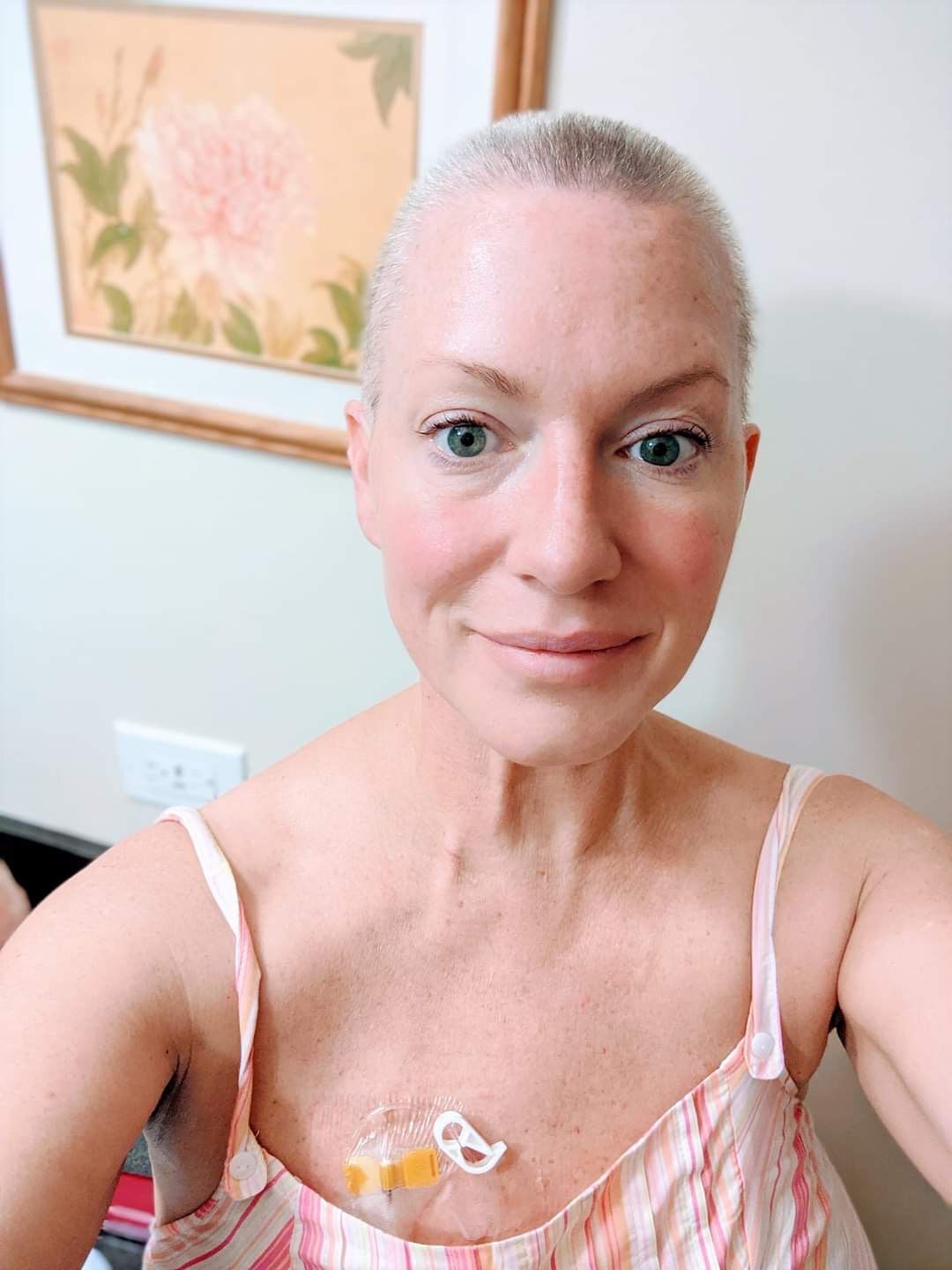 Robyn Griggs Wiley is an actor -- a former TV soap opera performer, at that -- so she is accustomed to dramatic life-or-death storylines. When it happened in real life, though, nothing could prepare her for the emotional challenges and physical toll.

Griggs Wiley, best known to soap fans as singing Maggie from “Another World” and scheming Stephanie from “One Life to Live,” has been battling Stage IV cervical cancer since August. She had invasive surgery in December and now, newly moved to Flagstaff with husband Mark, the golf pro at Flagstaff Ranch, she continues to undergo treatment.

What Griggs Wiley, 47, wants people to know — and the reason why she has chosen to share her very personal health crisis — is to raise awareness of the Human Papillomavirus (HPV) vaccine, an option available for ages 11 to 45 that she says perhaps might have prevented the cancer she’s now fighting.

“I never even knew about it,” Griggs Wiley said. “There are so many things I’ve learned. I can’t stress enough to people how important it is to get the vaccine; whether it ends up working for you or not, it can stop you from having to go through a lot of the stuff I’ve just gone through. The younger, the better.

“My opinion is, well, I was a person who thought I didn’t need to go get checkups and didn’t need to go to the doctor — and look at me now. So if there’s anything you can do to prevent (HPV, which is linked to cervical cancer in women), I say go for it. Of course, that is up to you. Just like with the COVID vaccine, some people want to take it, some people don’t. Me, I had never heard of it. Now, there are commercials on TV for it.”

It’s been a hard road in the eight months since Griggs Wiley went in for a routine pap smear test and walked out having her whole life upended with the diagnosis of Stage IV endocervical adeno, which, when discovered at such an advanced stage, often is terminal. Hysterectomy surgery in December in Chicago, where she and Mark lived before moving to Flagstaff in March, removed the cancer cells that had spread to other parts of her body.

Eight cycles of chemotherapy followed, and now she travels twice monthly to the Mayo Clinic in the Valley for infusions of Avastin, an anti-angiogenic therapy.

“It was the worst feeling in the world because I felt like they were taking everything out of me,” Griggs Wiley said. “You stand up and feel like your guts are going to fall out. It’s absolutely dreadful. For me, being an actress, who is bound to be dramatic and you add this to it, and I was so overly dramatic after (surgery). My poor husband. He has such patience.”

Griggs Wiley, who hasn’t acted in a while, still maintains that hyper-verbal, rapid-fire delivery of an actor projecting. Only now, the role requires keeping a positive attitude.

Her name is still well-known in the entertainment press -- she was a child actress, appearing as a host on Nickelodeon’s “Rated K” show, appeared both on and off Broadway for years and acted in a series of horror B-movies in the 2000s -- so she’s given interviews about her cancer ordeal and the HPV vaccine to various publications.

Soap fans, notoriously loyal to characters even decades after they left shows, have helped Griggs Wiley by boosting donations to her GoFundMe page to defray mounting medical expenses. She said she is grateful for the support from fans, one of which turned out to be one of her nurses in the Chicago hospital.

“(The nurse) recognized me by my speaking voice, because I had a mask on,” she said, laughing. “That was kind of strange. That nurse remembered me from ‘One Life to Live,’ but most people remember the second (role) in ‘Another World.’ If anyone watched that show and saw me, they’ll know that I am Maggie. She was written as me, basically.”

Griggs Wiley said she wanted to acknowledge publicly the generosity of fans, since, as often is the case, medical bills for treatment has far exceeded her insurance coverage.

“When you get diagnosed, your first mindset is, number one, I’m dying, number two, I’m not going to be able to afford treatment,” she said. “Family and friends — I consider soap fans my friends — have been instrumental in helping me. The GoFundMe goes directly to the medical expenses.”

Her message, though, goes beyond her own particular case.

“I’ve been an open book about this from the beginning,” Griggs Wiley said. “I’ve said I’m going to take what I’m given. I will use my time and energy to help other people, too. I’m lucky my body responded (to surgery and chemotherapy). I’m doing well as of right now, but who knows what tomorrow brings.

"I’ve learned patience, and positivity, through this. I’ve learned that things can’t happen overnight. I’ve been lucky in my life to do everything I’m doing — and still live.”

A Go Fund Me page has been set up to help Robyn Griggs Wiley deal with medical bills during her cancer treatment. Visit www.gofundme.com/f/fight-with-robyn?

Woman charged with second-degree murder in Flagstaff pleads not guilty

Ashley Martin, 36, pleaded not guilty to shooting and killing a man in the wooded area near a Flagstaff Walmart last month.

One person died on a private rafting trip through the Grand Canyon, officials with the national park announced Tuesday.

As work continued on the Slate Fire northwest of Flagstaff over the weekend, the Coconino National Forest and State Forestry Department found …

Well before moving to Flagstaff last month, Robyn Griggs Wiley enjoyed a long career as an actor, most notably on the soap operas "One Life to Live" and "Another World."