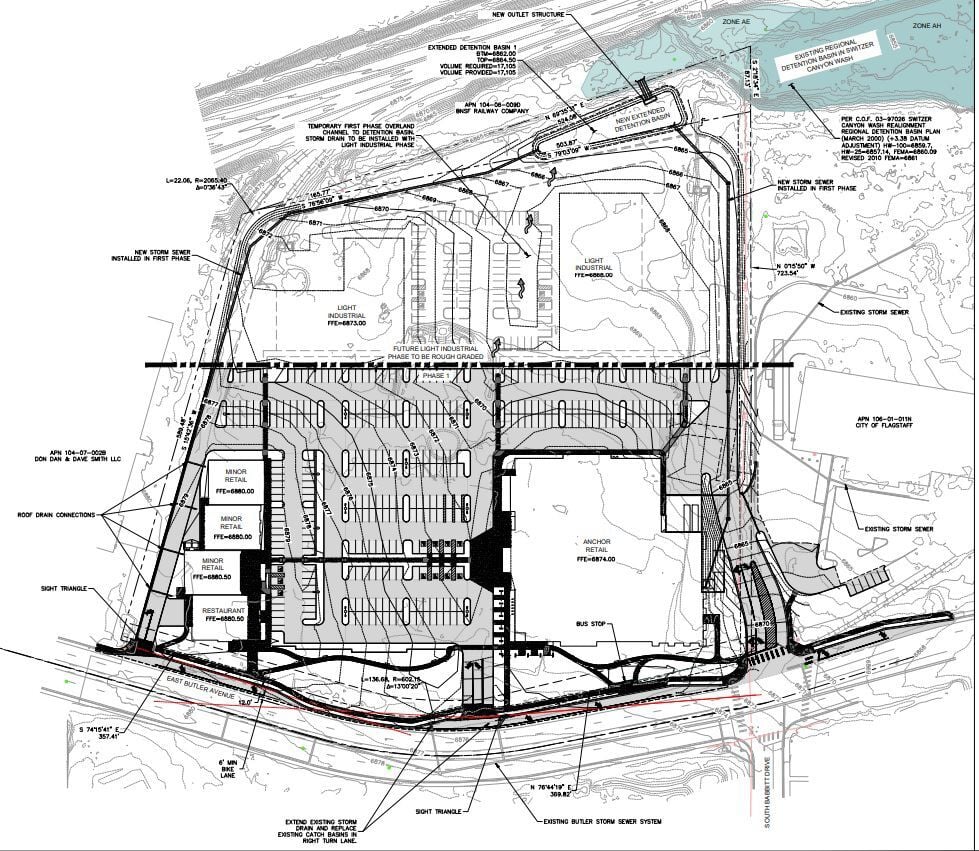 The New York-based company Reich Brothers plans to build several commercial lots on the property including one to house the Kohls department store which is looking to move from its current location on Forest Meadows. The are currently houses the former SCA Tissue factory.

A proposal to redevelop the site of the former SCA Tissue facility with a new commercial area is a step closer to reality after it received the necessary use permit from the city’s planning and zoning commission last week.

The SCA facility has been empty since it closed in 2017.

New York-based company Reich Brothers plans to build several commercial lots on the property, including one to house the Kohl's department store that is looking to move from its current location on Forest Meadows Street.

The new home for Kohl's comes as its current property is set to be repurposed into a multifamily development. Site plans for that project were approved last year for a mixed-use project that would bring both commercial space and 756 beds in 317 apartments on just over 10 acres of land.

Lindsay Schube, who represented Reich Brothers to the commission, said the company had purchased the 12-acre section of property at 1600 E. Butler Ave. two years ago. Schube said the Reich Brothers company specializes in redevelopment projects such as this -- turning an abandoned tissue plant into an expected 77,000 square feet of retail and commercial space.

The development includes five new areas for retail, including a larger 58,100-square-foot building to be filled by Kohl's that is designed to anchor the entire project.

Four smaller retail spaces will be built in a separate structure just to the west, with a total square footage of 18,240.

Both buildings will be set closer to the road but with a significant amount of landscaping separating them from Butler. Parking will then be placed between the Kohl's and the other commercial locations as well as at the back of the building.

The project will include about 320 parking spaces.

Of the 12 acres, only 7 will be used as part of the commercial development.

The area is currently zoned for light industrial uses and portions of the property will remain for that use. Specifically, the north-most 5 acres, closer to the historic Rio de Flag channel and the BNSF railway tracks, would continue to be used as light industrial.

According to a traffic impact analysis conducted by city staff, the development would have only a minimal impact on traffic nearby.

There will be three entrances and exits into the site -- one just across from South Babbitt Drive -- creating a natural connection between Butler Avenue,  the Municipal Materials Recovery Facility and the new commercial area and light industrial areas.

Schube said the area is designed in a way to keep industrial and commercial or visitor traffic mostly separate.

The project is expected to be built in three phases. Phase one will include the Kohl's building and a large portion of the parking area, plus all the landscaping closest to Butler. Phase two will include the second building containing the four smaller commercial spaces and additional parking. The planned industrial area to the back of the property will be built up in phase three.

The New York-based company Reich Brothers plans to build several commercial lots on the property including one to house the Kohls department store which is looking to move from its current location on Forest Meadows. The are currently houses the former SCA Tissue factory.