The Coconino National Forest closed the narrow dirt road connecting Flagstaff to Lockett Meadow after a combination of dry skies and record visitation left a series of deep ruts in the road.

The decision to close the road comes as the fall rush is expected to die down. Lockett Meadow's aspens have shed their fall colors, and visitation will likely decrease with it.

"The fall show is over up there. The colors are done," said Brady Smith, spokesman for the Coconino National Forest.

As for the damage, some ruts in the road were cut 18 to 24 inches deep at areas, making the roads better fit for off-road vehicles. Large vehicles had their wheels tipping into the air as drivers navigated the worn-out road, determined to see the colorful fall aspen leaves at the meadow.

Patrick McGervey, Flagstaff Ranger District recreation staff, said the combination of no rain and increased visitation likely dried out the dirt as bumps in the road caused wheels to dig deeper into it.

"By this weekend, we got to a spot where passenger cars with low clearance were not willing to negotiate [the road]," McGervey said. "They were pulling off the road at a spot and hiking the last mile in."

The small parking area would have likely been fine for a few cars, McGervey said, until more drivers drove up the road, saw the cars and parked with them.

"On Saturday and Sunday, we got there in the morning and there were 100 cars parked in the spot," McGervey said, adding that the clogged road had made it nearly impossible for firetrucks and law enforcement vehicles to access the roadway if needed.

Due to the overuse, the Coconino National forest closed the road in order to rehabilitate it. Smith said it isn't clear at this point whether the road would be reopened soon or closed for the winter season.

The main question is whether the snow in the forecast next Monday materializes.

Lockett Meadow's three-week peak season of fall colors normally entices hundreds of cars per day while the leaves last. Last year, the Forest Service measured how many cars used the road in the peak season and found that 450 cars traveled to the area on the weekends during the fall rush.

The parking lot at Lockett Meadow can only accommodate about 25 to 50 cars regularly and 100 cars when pushed to the limit.

McGervey said that this year the COVID-19 pandemic peak in recreation hit Lockett Meadow like everywhere else, but notably caused an increase in weekday traffic.

On a day when 600 drivers try to make their way to Lockett Meadow, the Forest Service expects that to translate to about 1,200 people. The Forest Service pushed people to other areas around the forest to spread out the packs of people looking for the beautiful yellow fall leaves.

McGervey said that when advocating for solutions, one problem is that the area only poses a problem three weeks out of the year, as opposed to areas that might have year-round interest. As for any immediate solutions, the federal budget is tied and can't do anything more to respond to the increase than pushing people away from the area.

"We're already unprepared for the use we're dealing with. We don't have the staff, we don't have hardened developed sites to accommodate the demand. We were already at a point with the growth of the state and tourism that we need to be planning and doing something anyway," McGervey said. "Just because we doubled our numbers, and saw an increase for COVID, doesn't change where we need to be headed."

McGervey doesn't expect the Forest Service to implement that plan in the immediate future but could see the process beginning within the next few years. 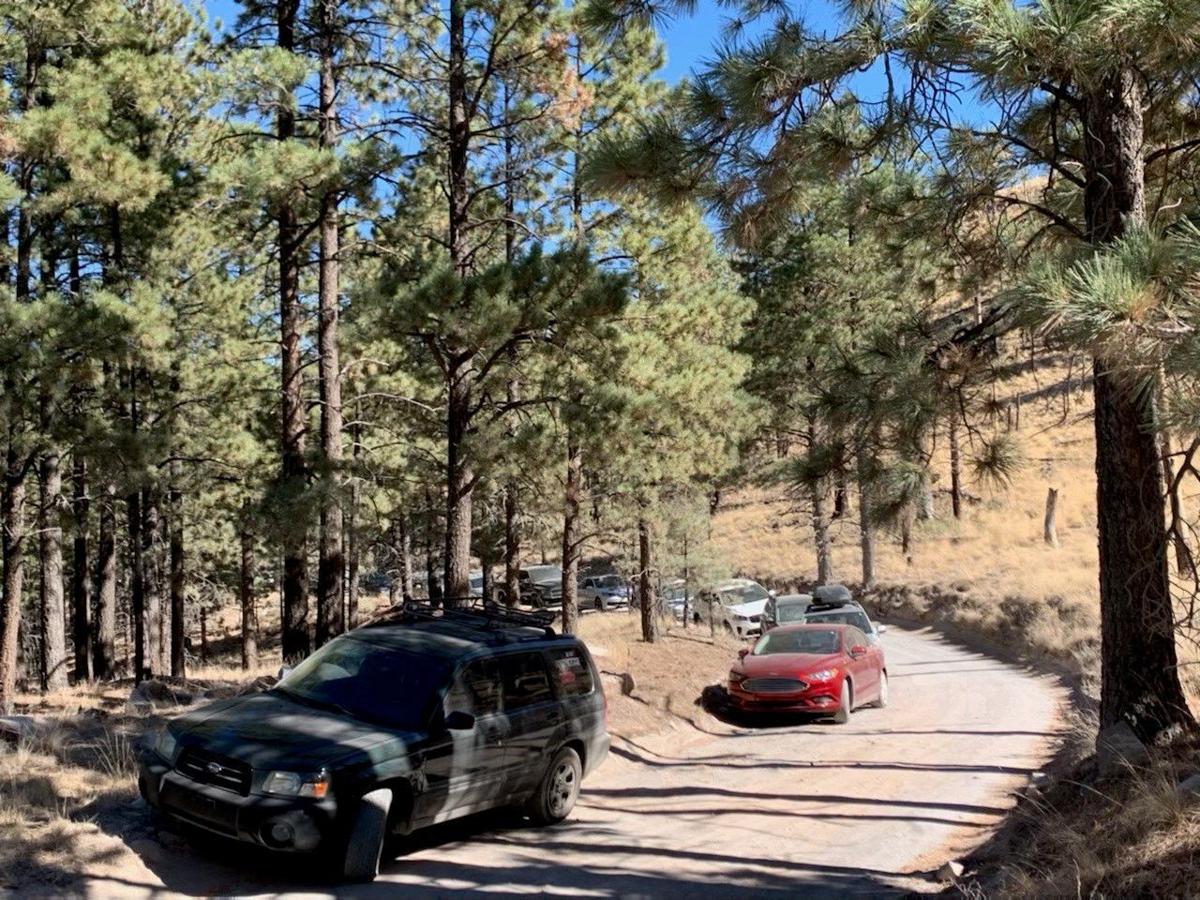 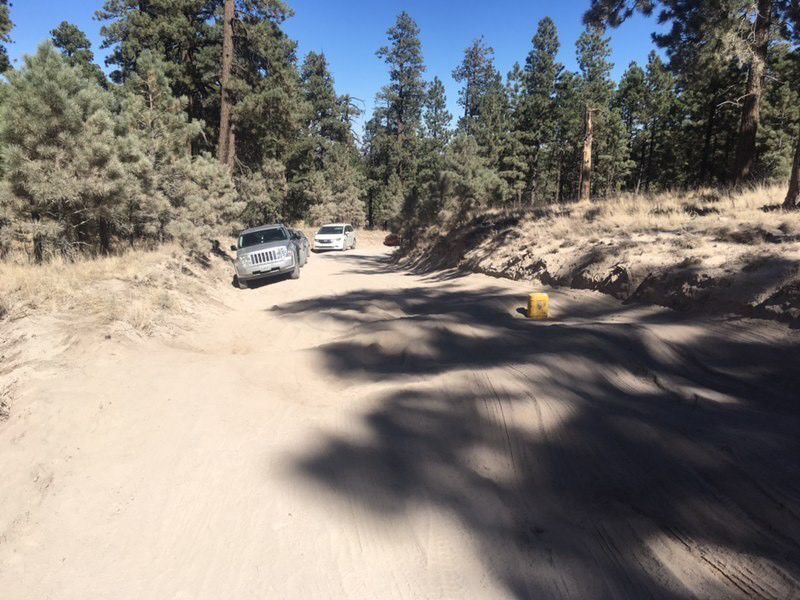 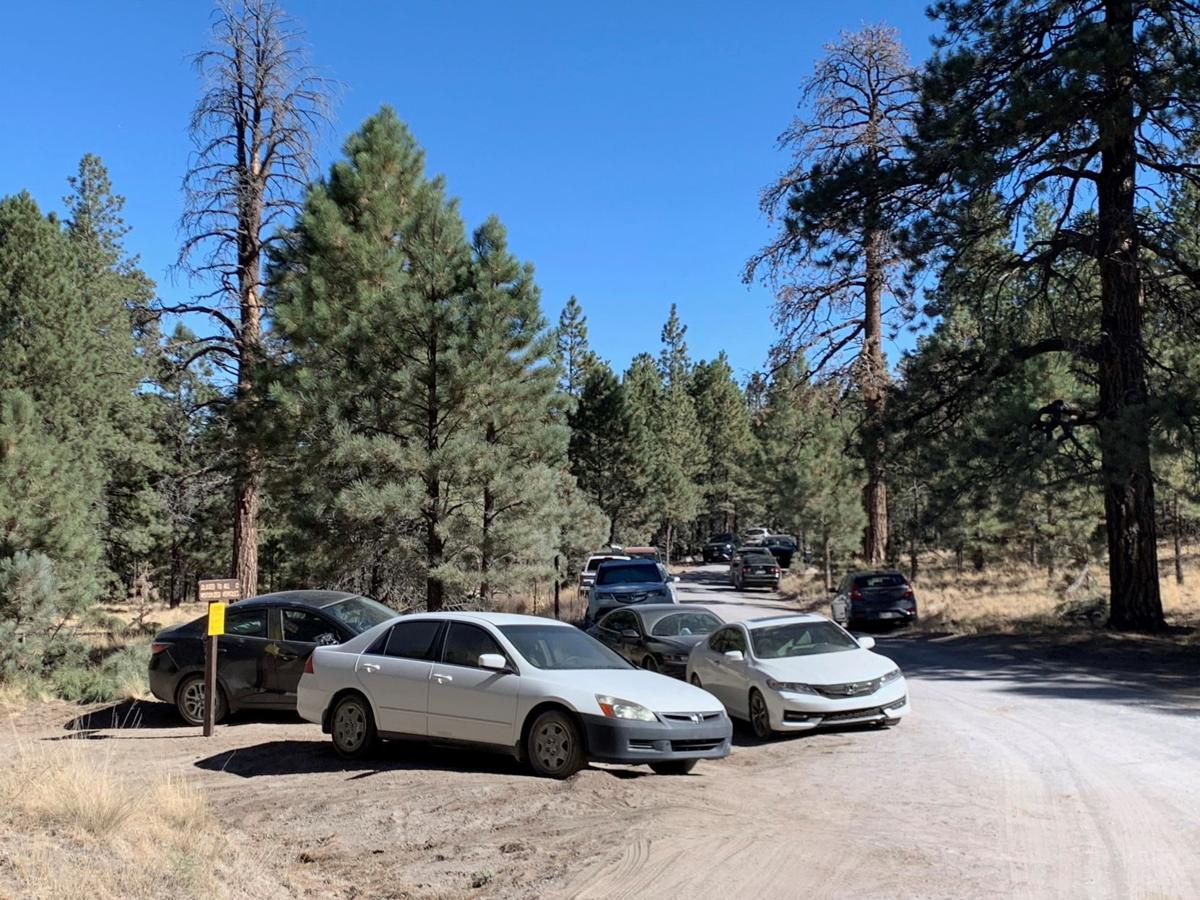