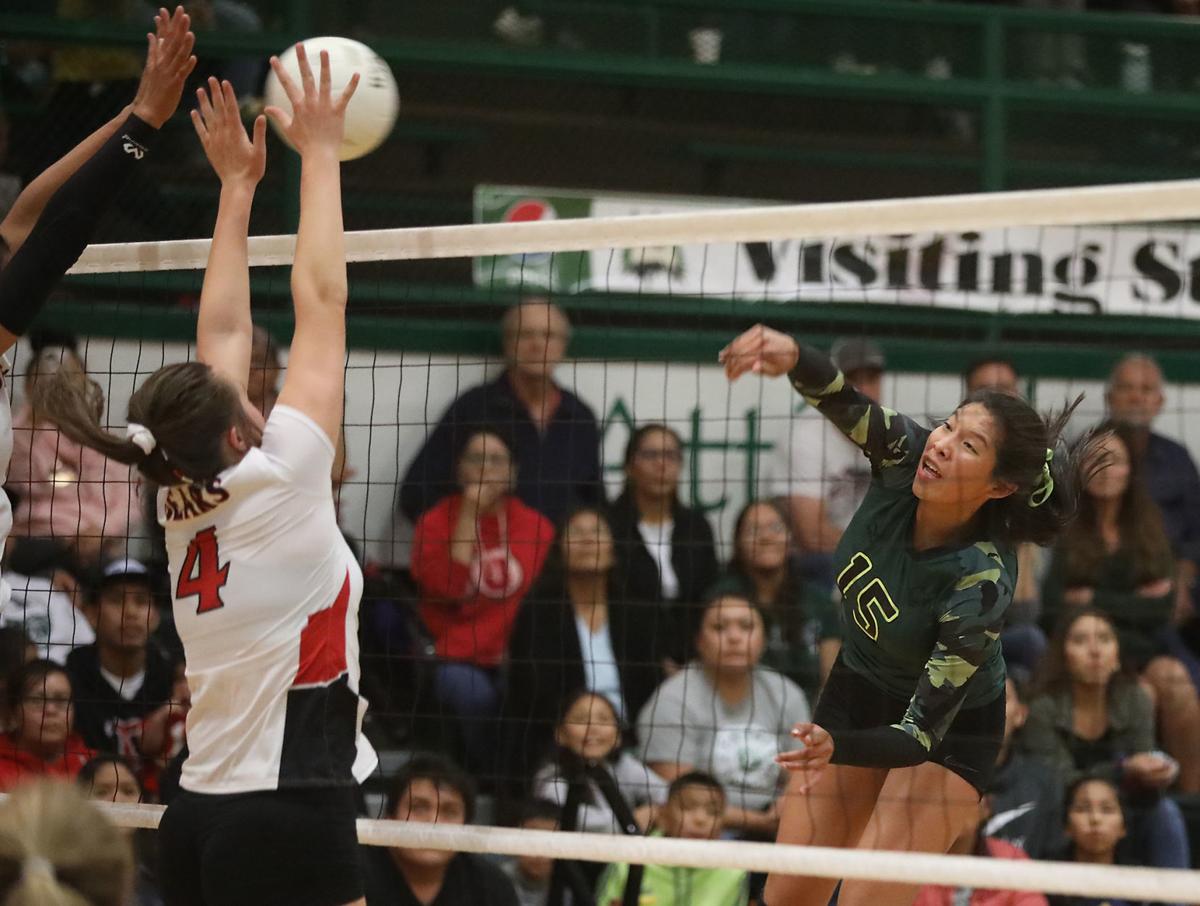 The Flagstaff Eagles saw their 2019 season come to an end Saturday night with a 3-0 loss to the Estrella Foothills Wolves in the Valley.

The No. 3-seeded Eagles struggled to find a rhythm, losing 25-13, 25-22, 25-16 to the two-seeded Wolves on the Wolves' home court at Estrella Foothills High School in Goodyear. Flagstaff finished the season after taking the Grand Canyon Region title yet again, going 17-4 when counting the state tournament and had a near-perfect 11-1 region record.

The Eagles were swept for the first time since losing to Greenway 3-0 in last season's 4A state semifinal round.

The Wolves advance to the state finals to take on the fourth-seeded Greenway Demons on Wednesday.

Bridget Bond made strides for the Eagles at her setter spot, doing a bit of everything for Flagstaff this season. Bond was second on the team in total kills, third in digs and was second in assists -- sharing time with Devynn Hatathlie at the setter position as Flagstaff ran a 6-2 system.