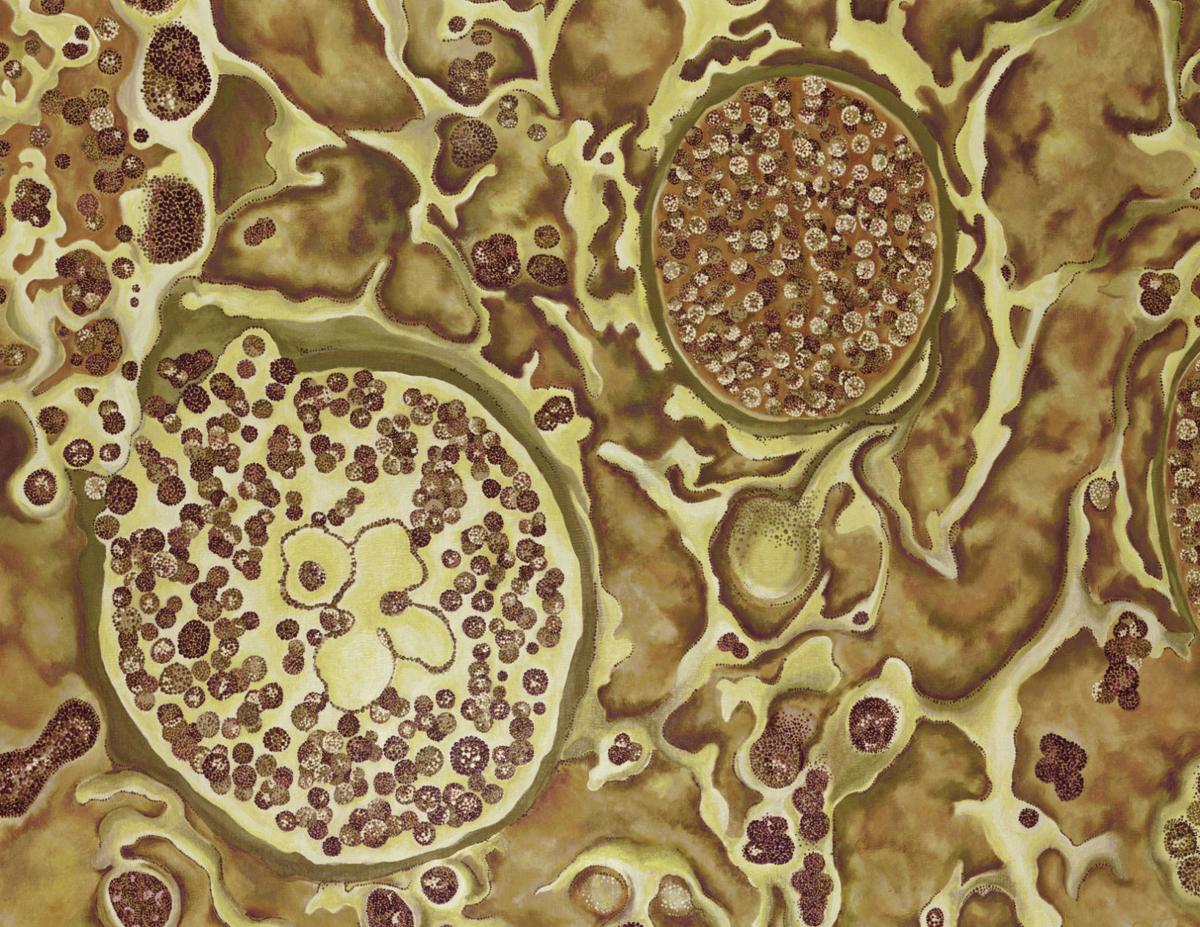 This artistic interpretation of Coccidioides fungal spores was created by Rachel Dillon. The fungus causes the Valley Fever infection and has origins that date back 2 million years, according to researchers with the Translational Genomics Research Institute (TGen). 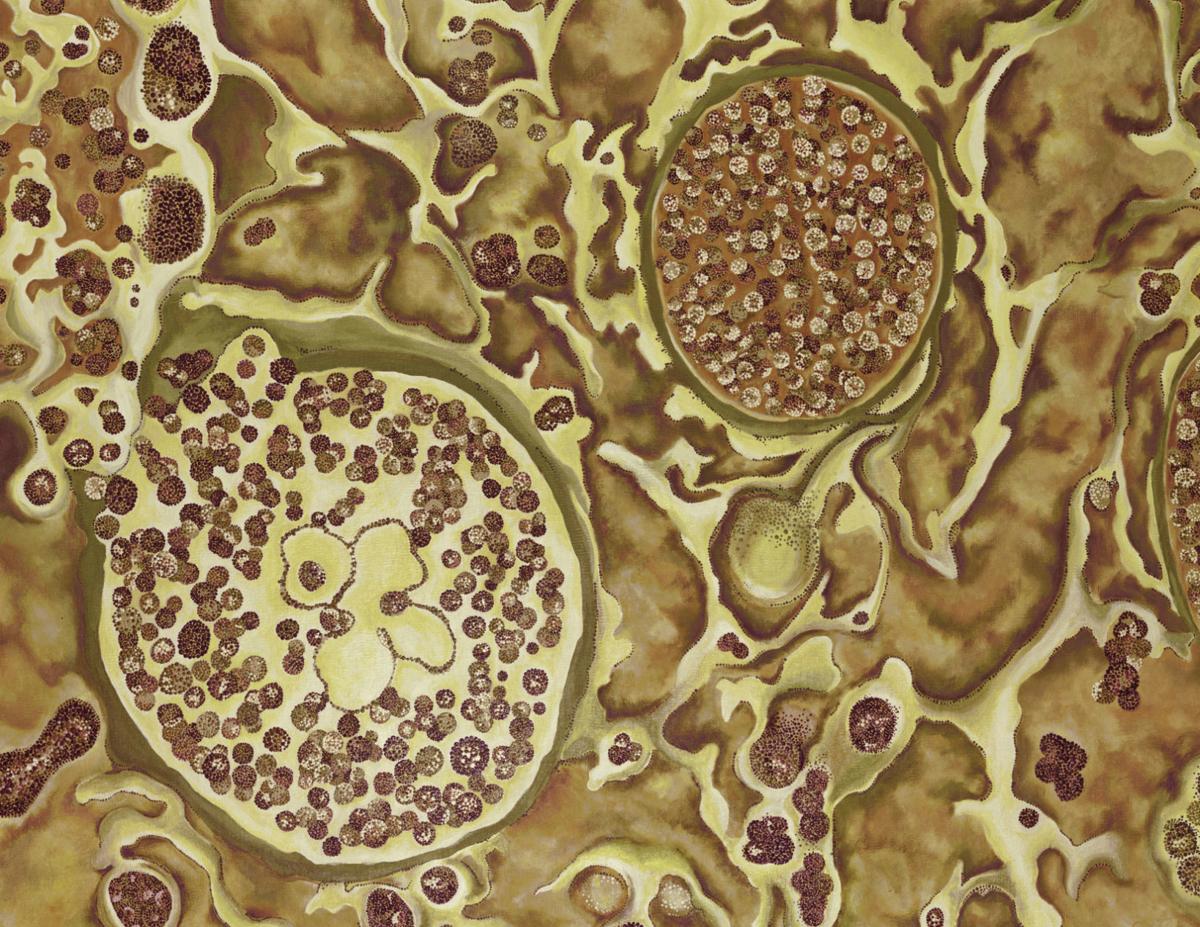 The Valley Fever fungus that thrives in Arizona’s soils has a 2 million-year history that was shaped by glaciation, massive mammal migration and access to the Central America land bridge.

And those are just a few of the highlights.

They traced the evolution of the microscopic fungus, called Coccidioides, using dozens of samples from across the world, advanced genetic analysis and enormous computing power.

“It’s another piece to the overall story of where Coccidioides came from and why it is in the places it is today,” said Dave Engelthaler, director of programs and operations at TGen North.

While focused on the past, the research also has important public health benefits by giving medical practitioners a better understanding of how the pathogen moves and where it could potentially settle, said Tom Chiller, chief of the mycotic diseases branch with the Centers for Disease Control and Prevention and one of several co-authors on the Valley Fever dispersal study.

An estimated 150,000 Americans are infected annually by Valley Fever, and while an estimated 40 percent develop no symptoms related to exposure to the disease, as many as 500 die from it each year. Symptoms are similar to the flu and include headache, cough, fever and shortness of breath.

As leaders on the study, TGen researchers analyzed 86 samples from places like Arizona, Texas, Mexico and Latin America where Valley Fever is endemic.

The disease likely spread when the fungus spores hitched a ride on prehistoric animals like dogs, rodents, llamas and armadillos as they migrated between the Americas in phases influenced by glacial retreat and other geoclimactic events, the paper said. The authors outline, for example, how the pathogen’s movement and establishment in new places roughly aligns with four stages of the Great American Biotic Interchange, a major exchange of mammals between North America and South America. The pathogen would likely have been carried by an infected mammal, and then, when the animal died, it would have dropped into the soil and created a new distinct population if the right conditions existed, Engelthaler said.

The previous hypothesis was that the fungal spores, which live in dust and soil, were spread by the wind.

An important part of the study was Northern Arizona University’s Monsoon High Performance Computing Cluster Program. It allowed researchers to run programs that model how the organism would have mutated over history and broken off into different lineages. That enabled them to determine species age and how the differing populations connect to each other, Engelthaler said.

Mapping the migration of Valley Fever is significant from a public health standpoint because it can be used to understand how the organism moves and evolves, how long it has been in a place and where it thrives, said Chiller, of the CDC. All that helps increase awareness among medical practitioners and researchers about the places where someone may be at risk of acquiring a Valley Fever infection, he said.

“Unless you know where you might be at geographic risk you you can’t help increase awareness about testing,” he said. “If you have a physician in Washington who didn’t know the area had Coccidioides and someone has Valley Fever symptoms, they're not going to test for them.”

The Washington example didn’t come out of nowhere.

In the past several years, clusters of the fungus have been found in eastern Washington State, which was well outside what pathologists believed was the organism’s geographic range, Chiller said.

While the exact cause and future implications for such a range expansion are still unknown, a better understanding of the evolutionary history of the pathogen will be an important part of answering those questions, Bridget Barker, head of TGen's Northern Arizona Center for Valley Fever Research, said in a press release.

“It sets the stage nicely and gives us techniques and ways to look at data that will lead to a better understanding of geographic risk,” he said.

Watch as sheep take over the streets of Madrid

Watch as sheep take over the streets of Madrid

When a woman collapsed in a Doney Park lawn with multiple stab wounds, it was her 11-year-old daughter who stayed on the line with 911 dispatc…

After being threatened with a collective $51 million in claims from property owners, the City of Flagstaff will waive the enforcement of a hig…

Back from the COVID-19 brink: Flagstaff man, once near death from virus, recalls his ordeal

Those who do not take COVID-19 seriously, those who scoff at every cough and dismiss it as no worse than the flu, those on the fringes who dou…

Long lines of vehicles park up and down Highway 89A through Oak Creek Canyon as hundreds flock to enjoy the water.

Flagstaff residents continue to experience a high quality of life, but housing affordability poses barriers to residents hoping to remain in t…

Flagstaff City Councilmember and businesswoman Regina Salas announced Friday that she is seeking the office of mayor in the 2022 election.

As work begins on fiber along I-17 near Flagstaff, Congress could provide more funding for rural broadband

Throughout this month, the Arizona Department of Transportation has been working to install fiber optic cable along a 46-mile stretch of Inter…

PHOENIX — Ron Watkins, one of the most prominent figures in the QAnon conspiracy movement, said this week he is running for Congress in Arizon…

This artistic interpretation of Coccidioides fungal spores was created by Rachel Dillon. The fungus causes the Valley Fever infection and has origins that date back 2 million years, according to researchers with the Translational Genomics Research Institute (TGen). 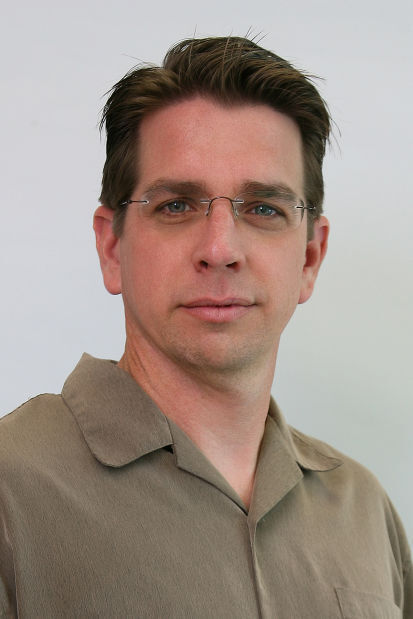 David Engelthaler: "Too bad the community doesn't have a better relationship with NAU, because I think a shared community should have a shared demonym, like Flagjacks -- maybe we can work towards that."