Read through the obituaries published in Arizona Daily Sun 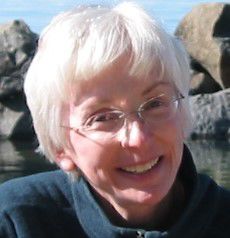 Dr. Karen Hockenyos (Yarnell) Goodwin, PhD, age 70 of Pagosa Springs, CO, passed away at home on April 24, 2019, surrounded by family after a year-long struggle with cancer. She is survived by her husband, (John G Goodwin, Jr.), two children (Sarah and Jacob), two grandchildren (Madeleine and Carson), siblings (Jon, Kris, and Mark) and their extended families.

At U of I, she met Michael Allen Yarnell and they married in 1971. After a year abroad in Seoul, SK, they settled in Phoenix, AZ and raised their children, Sarah and Jacob. A dedicated wife and mother, she was also active in local charities, including The Star Starters and Phoenix Children's Theater.

In mid-life, Karen became an advocate for the preservation of Northern Arizona’s old-growth National Forests. She worked with various groups to protect these public treasures for future generations. She then returned to graduate school to study and contribute to the science of forest health. During this time, she met and married her second husband, John Goodwin, Jr in 1997. They resided in Flagstaff, AZ for many years, and retired to the Pagosa Springs, CO area in 2014.

Karen is deeply missed and will always be remembered for her love, laughter and courage. At her request, there was no formal service. The family asks that you honor her memory by spending time in nature with loved ones and by taking a positive action to improve the world for others. 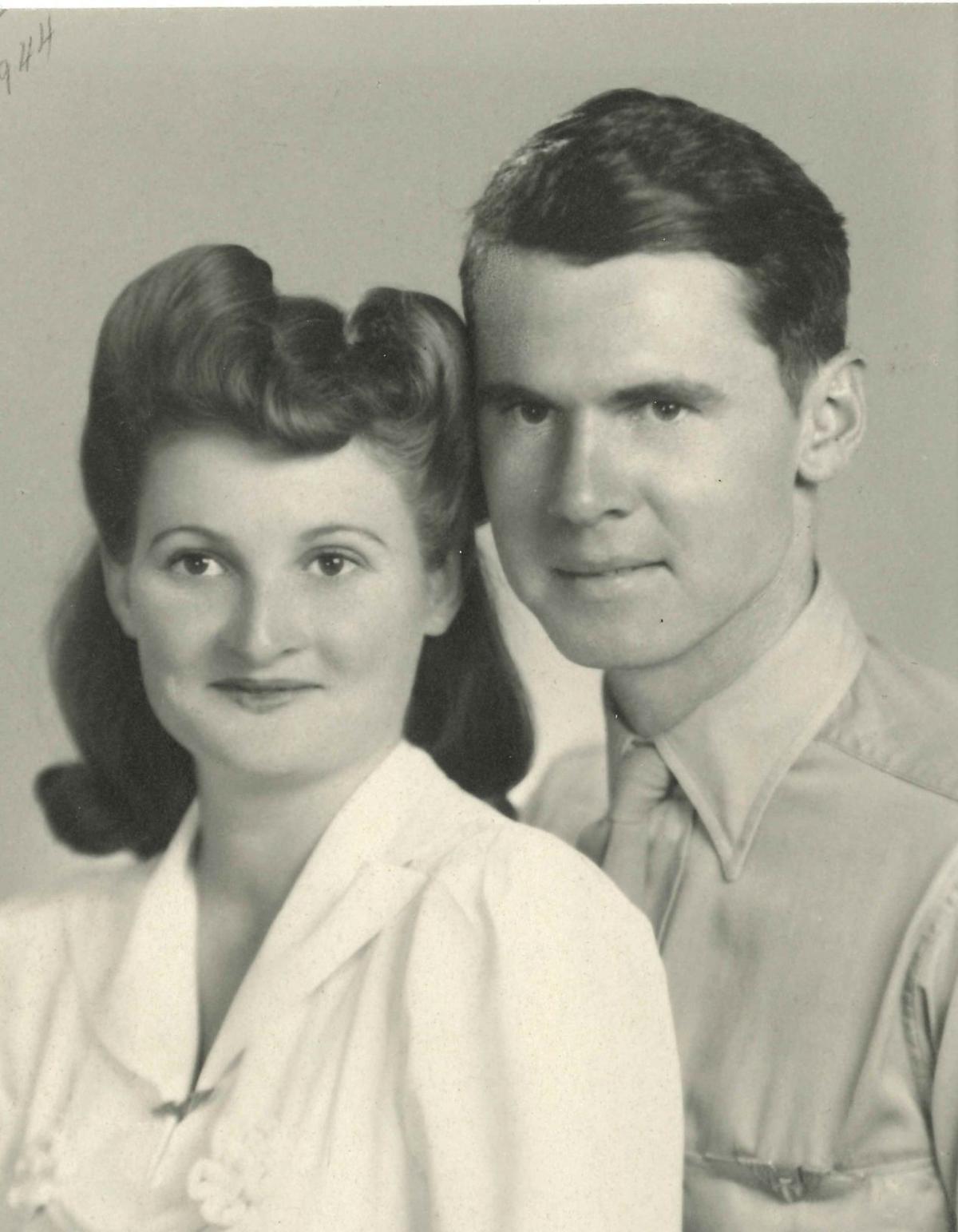 Rita and Merle met in Alexandria, Louisiana during World War II. Merle proudly served in the United States Army Air Corp while Rita was a Riveter for the war cause. Merle served on Guam during the war from 1944-1945. Rita and Merle started their family in California and lived there for 24 years then moved to Arkansas finally settling in Flagstaff. Rita and Merle were happily married for 75 years. Rita and Merle made Flagstaff there home for the last 42 years of their lives due to the fact that it was the most beautiful and peaceful places they had ever known.

Rita and Merle lived their lives in the light of our Lord and will live forever in the hearts of all that they knew.

Per the wishes of Rita and Merle, no services will be held. Please send all thought, prayers and condolences to Rita and Merle’s family at the Markle residence at 2971 Toho Trail, Flagstaff, AZ 86005. 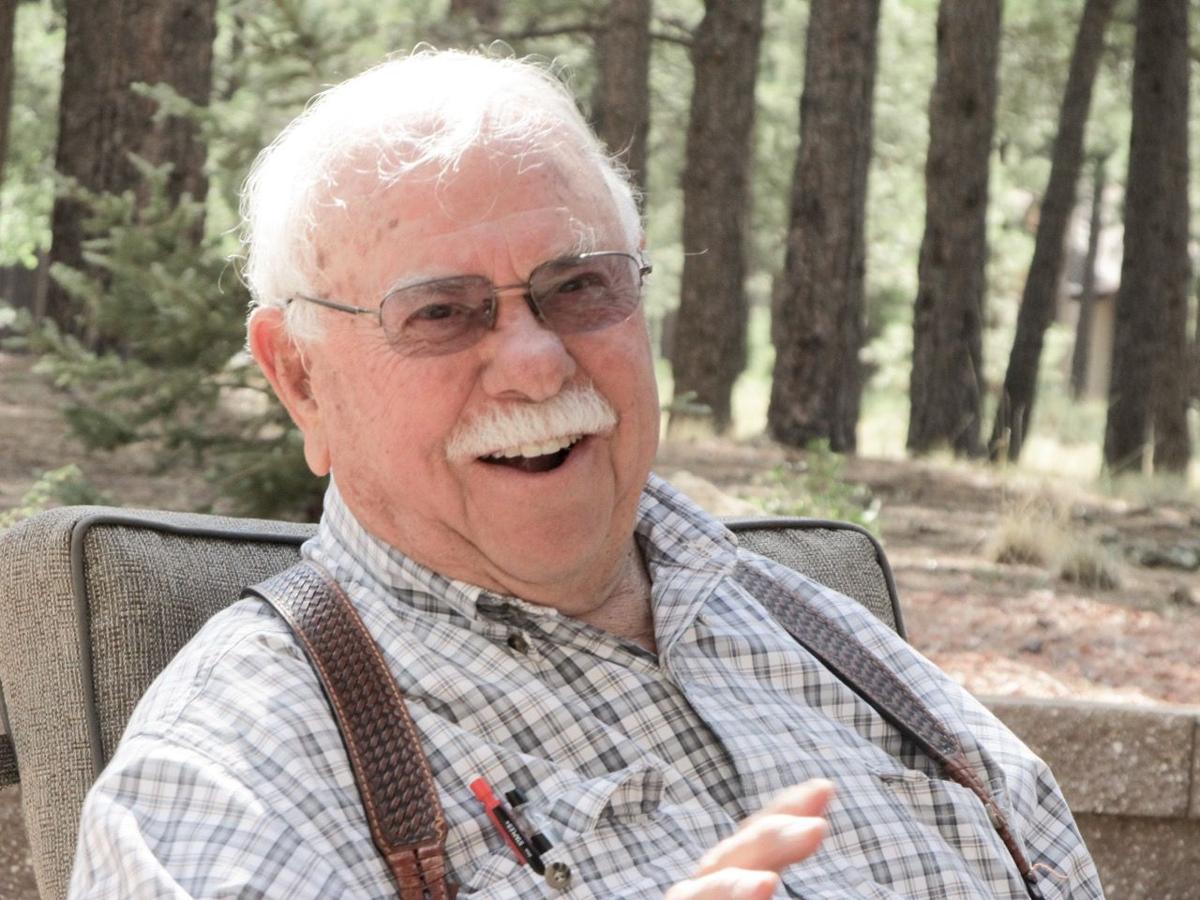 Nelson Jacob Shaum Jr. was born April 10, 1924 in Elkhart, Indiana. Moving from Elkhart, Indiana in 1936 to Flagstaff, Arizona where he lived until he moved to Cottonwood, Arizona around 1982.

Nelson attended Flagstaff High School where he played basketball and football. He served in the US Navy from 1943-1946; stationed in Brazil and China and aboard the USS Cannon DE99 during his military career. After his honorable discharge he married Lois Jean German on June 3, 1946. Jean passed from this life into everlasting life on February 26, 2003.

He was the owner and president of N.J. Shaum Electrical Contracting and a member of the IBEW. Nelson was a private pilot, and owned several different airplanes over the years, was a member of the American Bonanza Society as well as the AOPA. A member of Quiet Birdmen founded in 1921. He enjoyed hunting with family and friends. In 1971 he was presented the Arizona Wildlife Sportsman Big Ten Trophy. He loved camping and traveling especially when motor homes became popular. Another hobby of his was collecting cars, new or old, he enjoyed automobiles.

On March 13, 2004 he married Betty Wren. Betty has been a tower of strength to the family and a blessing to Nelson.

He will be greatly missed by his family and friends but those who know Jesus Christ as Lord and Savior will see him again in Heaven.

There will be a memorial service to honor Nelson’s life and legacy Friday afternoon, July 12, 2019, at 1:00 at the Verde Community Church, 102 South Willard, Cottonwood, Arizona 86326. Memories and condolences can be shared with family directly or online at www.norvelowensmortuary.com 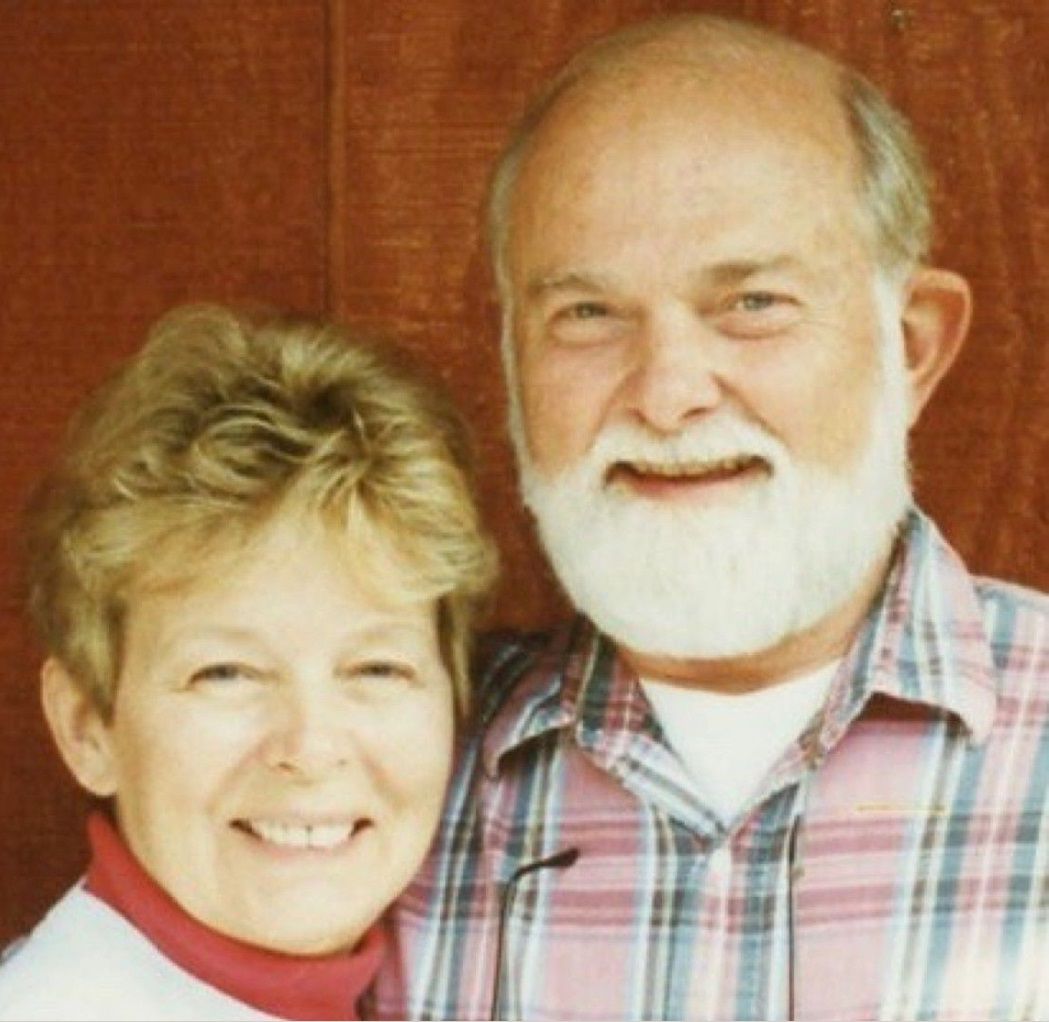 Robert “Bob” Leroy Hunter passed away May 28, 2019, at age 87 from complications related to a faulty heart valve.

Bob married his high school sweetheart Verlee Jean Sondergard in 1952, and they were married for 62 years until she passed away in 2015.

Bob attended Iowa State University, graduating with a bachelor’s degree in animal husbandry. Rather than take up farming as his family had expected, he joined the Army, where he proved himself an exceptional pilot of helicopters and small fixed wing airplanes. Bob served in Korea and two tours in Vietnam, receiving the Silver Star, the military’s third highest decoration for valor in combat. He also received the Legion of Merit and attained the rank of Colonel.

The family traveled the world, as Bob was stationed in the Canal Zone (Panama) and Germany, as well as Oklahoma, Texas, Alabama, Colorado, California, Kansas, New York, Washington, and Alaska.

After 22 years in the Army, Bob retired from service, and he and Verlee built their own home on the Kenai River near Soldotna, Alaska. They also spent many winters touring the Lower 48 in an RV, and moved to Green Valley, AZ in 2004. Following an illness, Bob moved to Cottonwood, AZ in 2018 and then to Flagstaff, AZ in May 2019.

Bob was known for his sense of humor, strength of character, devotion to Verlee, and love of fishing.

He leaves behind his two daughters, Deidre (Phil Massey) of Flagstaff and Kim of Wasilla, AK, and granddaughter Rita of Flagstaff, plus his two cats, Grizz and Cylde.

We are grateful to the many folks who helped Bob in his last several months including those from Country Care Assisted Living in Cottonwood, the Flagstaff Medical Center, Banner University Medical Center in Phoenix, Assisted Living at The Peaks Senior Living Community, Compassus Hospice, Comfort Keepers, Northland Hospice and Pallative Care, and the Olivia White Hospice House. Thank you.