Kayakers and campers alike offer similar complaints about the vigilante antics of a “creepy” man in northwest Arizona who trespassed some off property he didn’t own, and patrolled a remotely located public campground without authorization.

Testimony in the March 1 evidentiary hearing in the case against Danny Button reads like scenes from the movie “Deliverance,’’ without Burt Reynolds and squealing pigs.

River guide Patrick Phillips told the Court how he and three other kayakers from Flagstaff drew fire from the shoreline after launching at the BLM-administered Burro Creek campground on February 4. A mile downstream they heard a shot ring out before spotting an elderly man emerging from bushes, advancing closer to the water while firing at lead kayaker Tyler Williams, 47, an outdoor writer.

“I couldn’t believe my eyes and I started yelling for him to stop,” Phillips testified. He said they were in a state of disbelief as the man later identified as Button fired four more rounds from a long barrel, nickel-plated .44 magnum handgun while they were “sitting ducks” on the water.

“The man again walked closer, took very careful aim, using both hands on his revolver and pulled the trigger again,” Phillips said. “That’s when Tyler flipped over in the river and was upside down under his kayak.”

Phillips said Williams rolled his kayak upright and furiously paddled away, finding cover downstream. He said Button ordered he and Eric Meudt, 50, and John Govi, 51, both nurses, out of their kayaks while holding them at gunpoint on the bank.

The alleged victims told Mohave County sheriff’s deputies that Button claimed they had trespassed on private property, and ordered them to return upstream to the campground. Phillips said he tried to reason with Button, explaining they needed to see if Williams was okay downstream.

Phillips testified that Button was agitated and appeared upset that Williams got away.

“At various times the weapon was pointed at all of us...He had us covered,” Phillips said. He said that Button held them for some ten minutes before he ordered them to return to the campground at mid-afternoon.

Phillips said they did so, and summoned law enforcement by cell phone. Williams camped out overnight and was located by authorities the next day.

None of the kayakers was injured.

Deputy Kyle Bridgman testified that Button told officers late that same evening that the kayakers had trespassed his property and that he was target shooting when some of the shots he fired might have come close to them. Bridgman said the sheriff’s office received a late January complaint from other kayakers who claimed they encountered gunfire in the same area.

Additionally, two other men, James Wilkes and Mark Minchef, informed the sheriff’s office that they were also hassled by Button on January 22.

Their written statement noted that, as they put their raft into the water, Button approached them and said that they were “likely to get shot at” if they headed downstream. He said they were scared, loaded up their raft and drove away.

“There is nothing that prevents these kayakers from floating down this river. This is a public waterway. This is not trespassing," Schoppmann said. “Danny has no right to enforce these trespassing laws against these individuals or anybody else."

Carrie Wostal, a Bureau of Land Management ranger, testified that a number of Burro Creek campers complained in May that Button had misrepresented himself as the campground host. She said he collected camping fees and made logs noting license plates and camping space assignments.

Complaint letters from campers referred to the rogue ranger as “creepy” and “strange”. They said they could see him up on a ridge monitoring them below throughout the day.

“After payment he stayed a very extended time trying to talk to us to the point of being ‘weird’,” Gary Wilson, Prescott, wrote in his complaint. “We had to ask him to leave...He seemed to be stalking...We felt very unsafe.”

Wilson wrote that they left a day early because of Button’s behavior.

“I noticed he would encounter each and every camper,” wrote Loretta Krumbholz, who maintains the campground under contract for the BLM. “He seemed very ‘off’ and extremely creepy.”

Wostal testified that Button surrendered his campground logs and some $712 in camping fees when contacted by the BLM about the camper complaints. She said they decided not to prosecute since he returned the money and they sent him a formal cease and desist letter, noting that it was a felony to impersonate an officer and falsely claim he was a representative of their agency.

Testimony at the hearing revealed that Button had lived for more than 30 years on the nearby ranch owned by his mother-in-law Mildred Schipp. Button’s wife Joyce testified that her husband had never harmed anybody and that she did not consider him to be a threat.

Joyce Button’s sister, Ruthie Schipp, countered that her mother has taken out an order of protection against Button, essentially evicting him from the multiple section ranch along Burro Creek. She further testified that she was very uncomfortable, when on the ranch, to sometimes observe Button pointing a rifle at her from a distance.

Schipp testified that Button told her that he was just using the scope of the rifle to see better.

Schoppmann and Superior Court Judge Steve Conn both noted that everyone will need to brushup on their water law if the case kayak case goes to trial. Both noted that the law is murky with respect to private property rights extending into a navigable waterway.

Judge Conn agreed with Schoppmann that, even if the kayakers were trespassing, Button had no right to fire upon them and hold them at gunpoint.

Responsive to the hearing motion involving release conditions, Judge Conn lowered bond to $25,000 from $100,000. Conn told Button that if he gets out of jail he shall not drink or possess weapons and that he must wear a GPS monitor and not go any closer than a mile of the campground.

At its most recent board meeting, Flagstaff Unified School District (FUSD) approved an intergovernmental agreement (IGA) with the City of Flag…

New study has exposed the third leading global cause of death 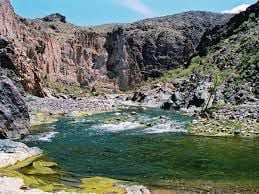 The campground on Burro Creek. 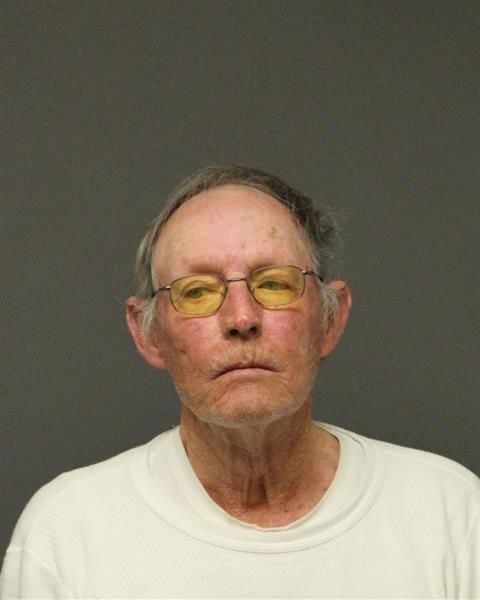