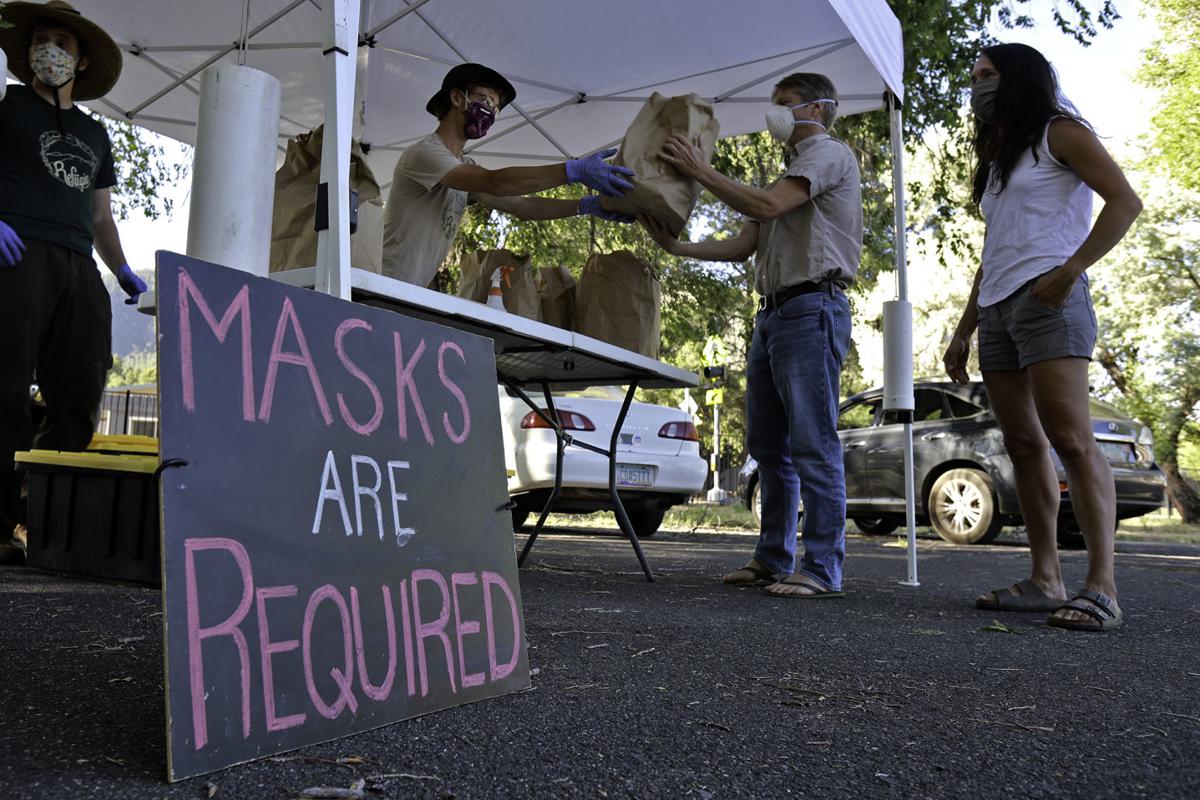 Caleb Eckert hands a CSA share bag to Jason and Ari Wilder at the Refugia Gardens farm stand Thursday afternoon. Due to COVID-19, local farms have had to find new ways to serve customers and conduct business. 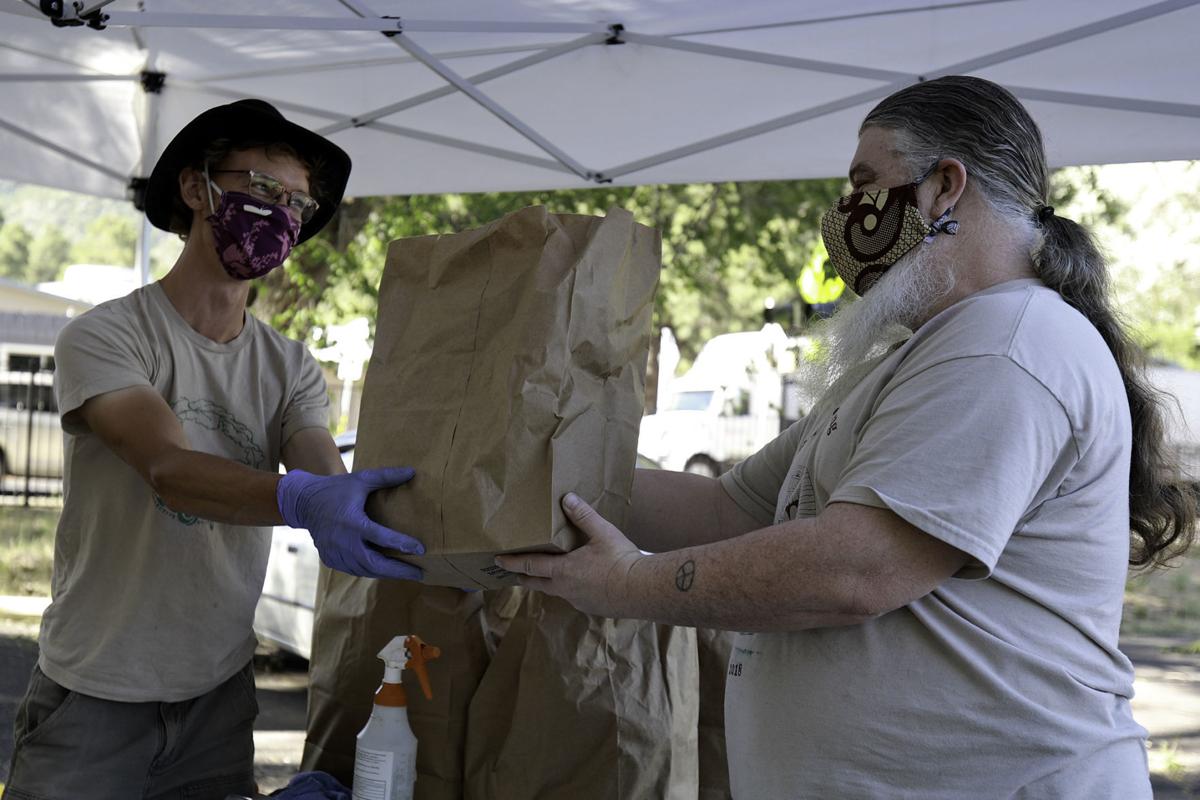 The Flagstaff Community Market that normally is open throughout the summer is a critical source of sales for farmers in and around Flagstaff.

Rylan Morton-Starner, who runs the Forestdale Farm, said most years they will make nearly 70% of their sales at the market, which for the last several years has been located in the city hall parking lot. But after the Flagstaff City Council decided against issuing permits for events on city property, that hasn’t been the case this year.

In the meantime, the market is allowing customers to order produce boxes from farms through its website, and until the market receives the permits for non-city property, that is the way the markets business is likely to continue.

In the meantime, Morton-Starner and Flagstaff farmers like him are finding other ways of doing business. Mostly, that has come in the form of their community-supported agriculture program, or CSA, Morton-Starner said.

Forestdale has had a CSA through which community members purchase a subscription for farm produce for several years now, but Morton-Starner said it has always played second fiddle to the business they do at the market. That's not the case this year, and Morton-Starner said the farm’s CSA has roughly doubled.

Caleb Eckert at the farm Refugia Gardens said they are also more reliant on their CSA, which saw substantial growth in April.

“Initially it was just people who we knew or people who were friends of people we knew who were signing up, and then we started getting people and traffic to our website who were total strangers to us -- which is really exciting,” Eckert said.

White said that like many farms, they started off the summer with lower sales than normal, but that those have started to recover as they create alternative revenue streams.

White said in addition to modest growth in their CSA membership, they have also been expanding the variety of produce they can deliver to their members, from primarily providing microgreens to other kinds of produce.

Additionally, with many residents still social distancing and having extra free time on their hands, White said they are also expanding into helping customers start their own gardens.

Still, for farmers there are some real downsides to the lack of an in-person market.

For instance, Eckert said he suspects there are many customers who enjoy purchasing local produce but don’t want to commit to a CSA membership at a local farm.

Those who have signed up for their CSA might be people who are dedicated and interested in local produce and food movements, Eckert said. But the market often attracts new customers who might be less dedicated to buying local produce, but are want to browse the stalls and often do purchase produce.

“You know, if you go to a farmers market, you kind of want to shop around and see who has the best tomatoes or who has the best corn or what have you. And unfortunately with the kinds of physical distancing practices and the way the market is right now, folks don’t really have as much of that choice,” Eckert said.

Morton-Starner added that the market can provide predictable sales for a wide verity or produce.

“So last year we had no monsoons and then the year before that we had hail; and so this year we have this pandemic,” Morton-Starner said. “I think farmers are really good about adapting to different situations because it’s an inherent part of farming, there's always something.”

Pet of the Week: Sunglow

Sunglow has been single and ready to mingle ever since she came to the shelter back in June. This 5-year-old lab mix has been adoptable for th…

Northern Arizona Healthcare (NAH) announced on Sept. 13 that it will require all employees to be fully vaccinated against COVID-19 by the end …

COVID-19 cases in Coconino County are continuing to rise, according to the county dashboard data report. The county is still at a high transmi…

Airman on trial in death of Mennonite woman found near Flagstaff

Caleb Eckert hands a CSA share bag to Jason and Ari Wilder at the Refugia Gardens farm stand Thursday afternoon. Due to COVID-19, local farms have had to find new ways to serve customers and conduct business.