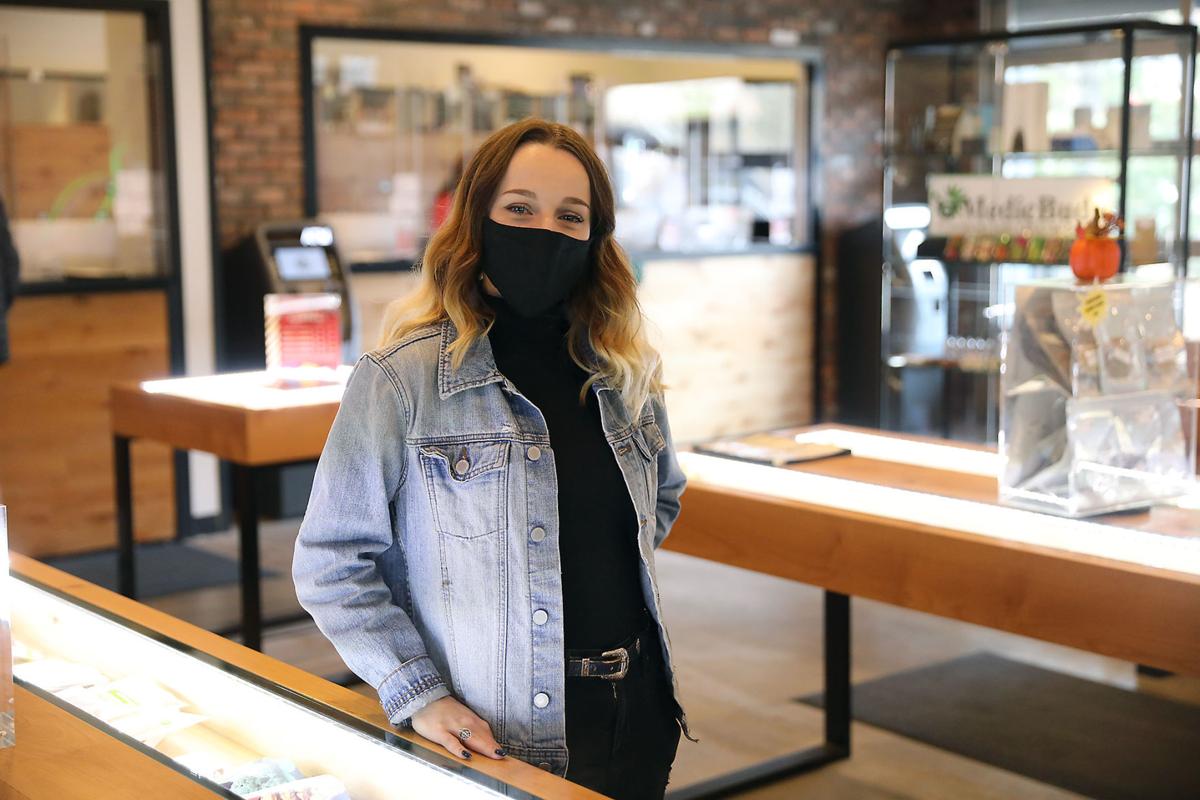 Kayla Sullivan, front of house manager, stands on the floor of the Greenhouse of Flagstaff dispensary Wednesday. The passage of a recreational marijuana law on Election Day will see changes to who is using marijuana. 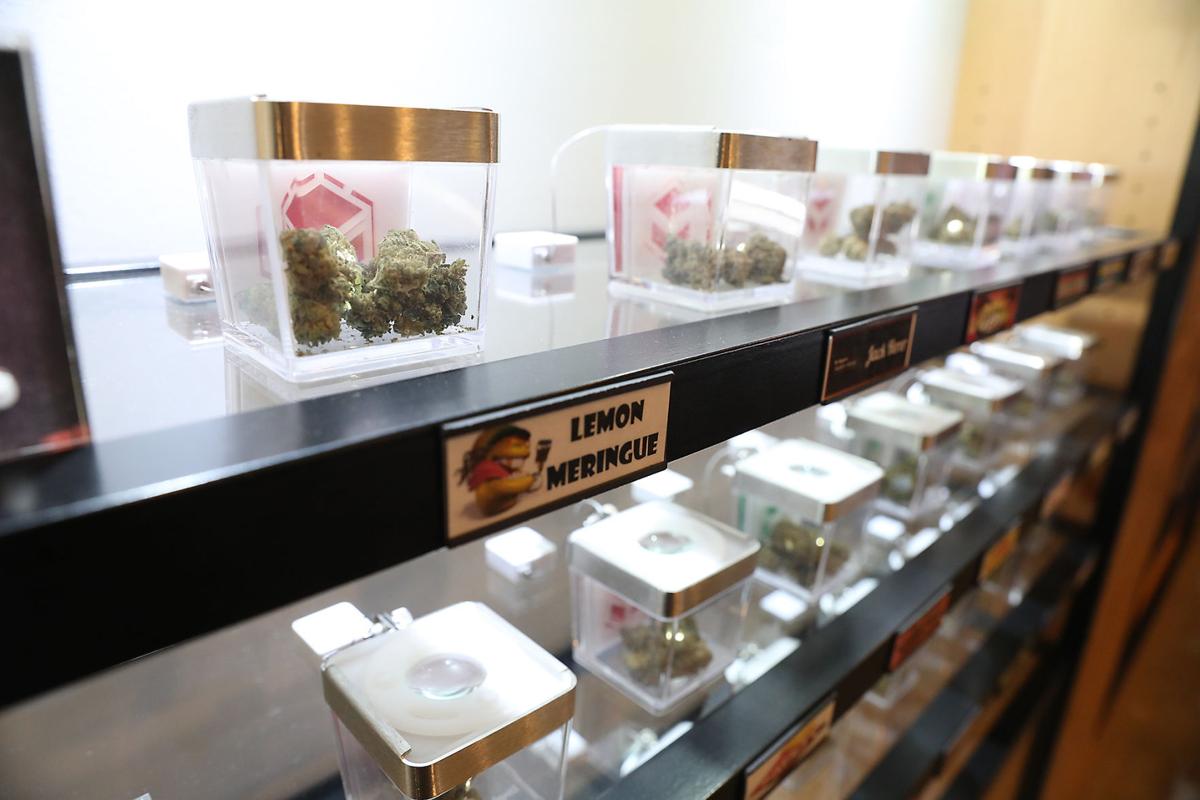 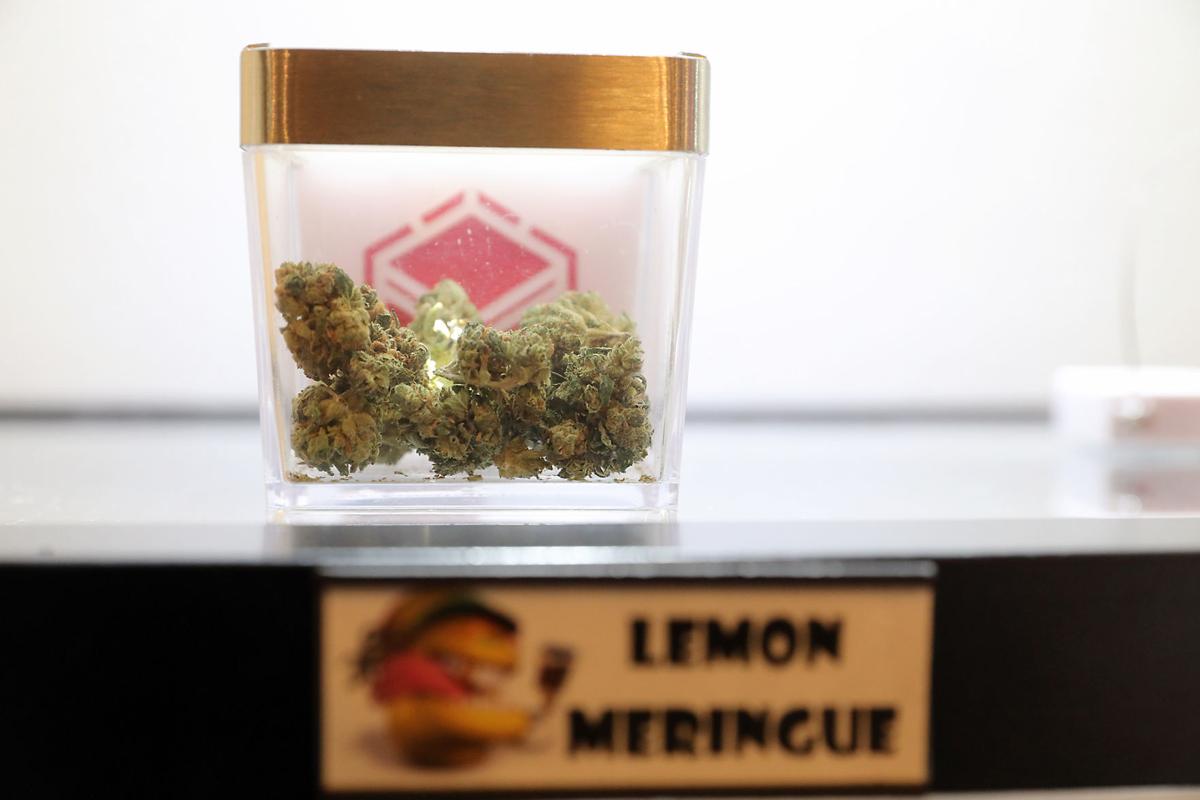 Ryan Hermansky, local dispensary owner, said the recent passage of Proposition 207 legalizing recreational marijuana is a milestone for the state.

It will also be a milestone for his licensed medical marijuana business, which he felt many did not immediately accept coming out of the gate.

"When we were first awarded a license through the lottery process ... the stigma attached with being involved in the industry, it was borderline taboo," Hermansky said. "When dispensaries started to open there were quite frankly a number of uncomfortable conversations. That has gotten astronomically better since then."

Prop 207 passed in Arizona with 60.3% of the vote in favor out of a total of 3.2 million votes. In Coconino County, the measure passed by slightly stronger margins, with 46,424 voters making up 65% of the county's approval.

Hermansky contributed to the campaign and was excited to see the support the proposition received. He felt other political leaders or issues didn't get nearly as large of a victory.

"The progress made drastically to a 60-40 landslide shows the changing feeling that patients and soon-to-be customers have of marijuana,” he said.

The vote will not be officially canvassed until Monday, but major media outlets called the race, and many results haven’t swayed.

Meanwhile, police are analyzing what has been written in the law to understand how their policies will shift.

"We are working with our legal advisor to provide guidance to our officers on the new law as we would do with any other new law," said Charles Hernandez, spokesperson for the Flagstaff Police Department, said. "We will continue to respond to the public for calls to investigate and ensure any possession or use of marijuana is legal."

The Smart and Safe Arizona ballot measure opens up the ability to possess an ounce, or one eighth of a gram, of marijuana and five grams of marijuana concentrate. It doesn't restrict the rights of employers to maintain drug-and-alcohol-free workplaces. It also opens avenues for people who were convicted of possessing 2.5 ounces of marijuana to petition to have that record erased.

The measure will also provide money for education, mental health and substance abuse and public safety.

Currently, there are more than 297,000 licensed medicinal marijuana users in the state, according to the state health department's Sept. 2020 report.

Coconino has the fifth-highest amount of patients among the counties with 6,061 qualified patients. Across the state, 94% of cardholders are qualified for chronic pain.

Richard said current dispensaries will likely consider going to zoning laws to expand their facilities or parking lots to adapt to "more feet coming through the door."

He also admitted that education is going to be a large part of their business, for people who might be unfamiliar with the range of current products.

"Across the state, flower remains the most popular form of consumption," Richard said. "As you introduce broader and less familiar communities into regular consumption those methods might shift."

Under the Arizona Medical Marijuana Act passed in 2010, there cannot be more than one marijuana dispensary for more than every 10 pharmacies. That rule stays in place with the new recreational ballot measure.

Arizona currently manages 130 medical marijuana dispensaries that would all have the opportunity to become recreational facilities under the measure. The department will later issue 26 more licenses through a social equity program.

"The assumption is that you have more pharmacies as you have a larger population. There isn't a need to have a pharmacy on every corner until population size demands that," Richard said.

The department is also expected to adopt rules to ensure the sale and labeling of marijuana products contain adequate warnings about use. The packages must also be child resistant.

Marijuana delivery will not be an immediate factor in the marijuana industry, and the department must wait to implement rules between 2023 and 2025.

When laws are changed by ballot measure, police find it difficult to speculate about every impact of the new law, especially when so much remains unwritten.

Hernandez wanted to ensure people understood that even though adults over the age of 21 can possess marijuana, it's not legal in every instance.

For example, adults can smoke marijuana in their homes, but not in open or public spaces.

"It is still a crime, even under Proposition 207, for a person of any age to possess over 2.5 ounces of marijuana or over 12.5 grams of marijuana concentrate," Hernandez said via email. "Those in possession of these amounts will still be investigated and possibly charged with a crime if there is probable cause to believe they possess marijuana over the amounts allowed."

It will be a criminal petty offense punishable by a fine of $300 for a person who is older than 21 possessing between 1 and 2.5 ounces of marijuana, or between 5 and 12.5 grams of concentrate.

It is a civil violation for anyone younger than 21 to possess any amount of marijuana or concentrate leading to a fine of $100 for the first offense. The second offense is a criminal petty offense, and all other subsequent offenses are a criminal class one misdemeanor. People under 21 cannot own edibles or associated paraphernalia.

Local communities can make ordinances regarding the drug as well.

In 2019, the Flagstaff Police Department arrested 802 people for marijuana use, possession or paraphernalia violations.

Acting Police Chief Dan Musselman said the department is concerned about young children and pets being sent to the hospital by eating improperly stored or disposed edible forms of marijuana. Musselman was also concerned about the impact driving under the influence of marijuana could have on public safety.

The department is also concerned about driving under the influence of alcohol, where last year saw 381 people arrested for driving while intoxicated and 385 arrests the year prior.

But there are no breathalyzers to measure the active ingredients in marijuana, and no laws exist to charge people to varying degrees of intensity of marijuana use dependent on something such as blood alcohol content. Without these tools, officers will likely have to rely on evidence the officer perceives.

Officers normally rely on observing driving behavior that indicates an impairment or report from other motorists. Training has existed for years for officers to receive advanced DUI detection training and officers can be certified as drug recognition experts.

"One of our biggest concerns with this change in the law is that people may decide to drive while under the influence or marijuana -- which will put our motoring public at greater risk," Musselman said via email.

Proposition 207 legalizes the recreational use of marijuana, but Coconino County Attorney Bill Ring wants to remind the community that not all…

Kayla Sullivan, front of house manager, stands on the floor of the Greenhouse of Flagstaff dispensary Wednesday. The passage of a recreational marijuana law on Election Day will see changes to who is using marijuana.