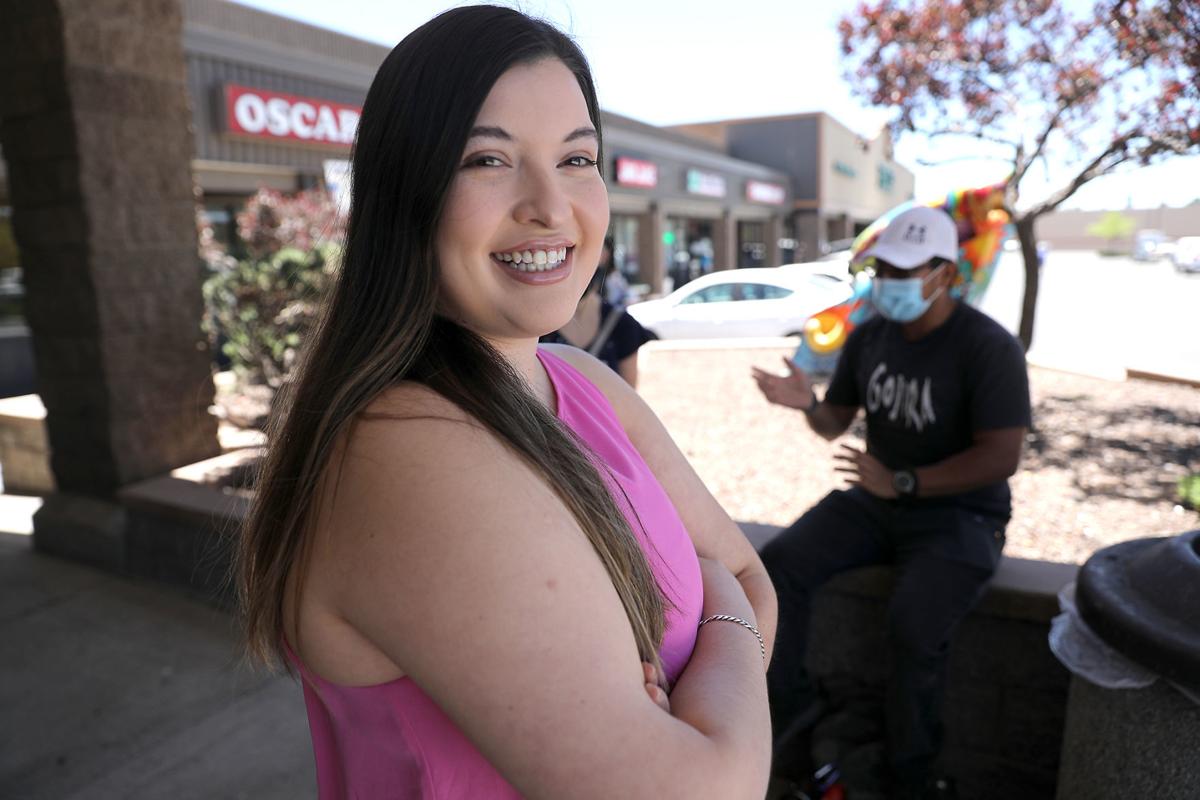 Maria Lopez smiles Thursday as she talks about the U.S. Supreme Court's DACA ruling that effectively means that she will be protected from deportation for at least the next year. 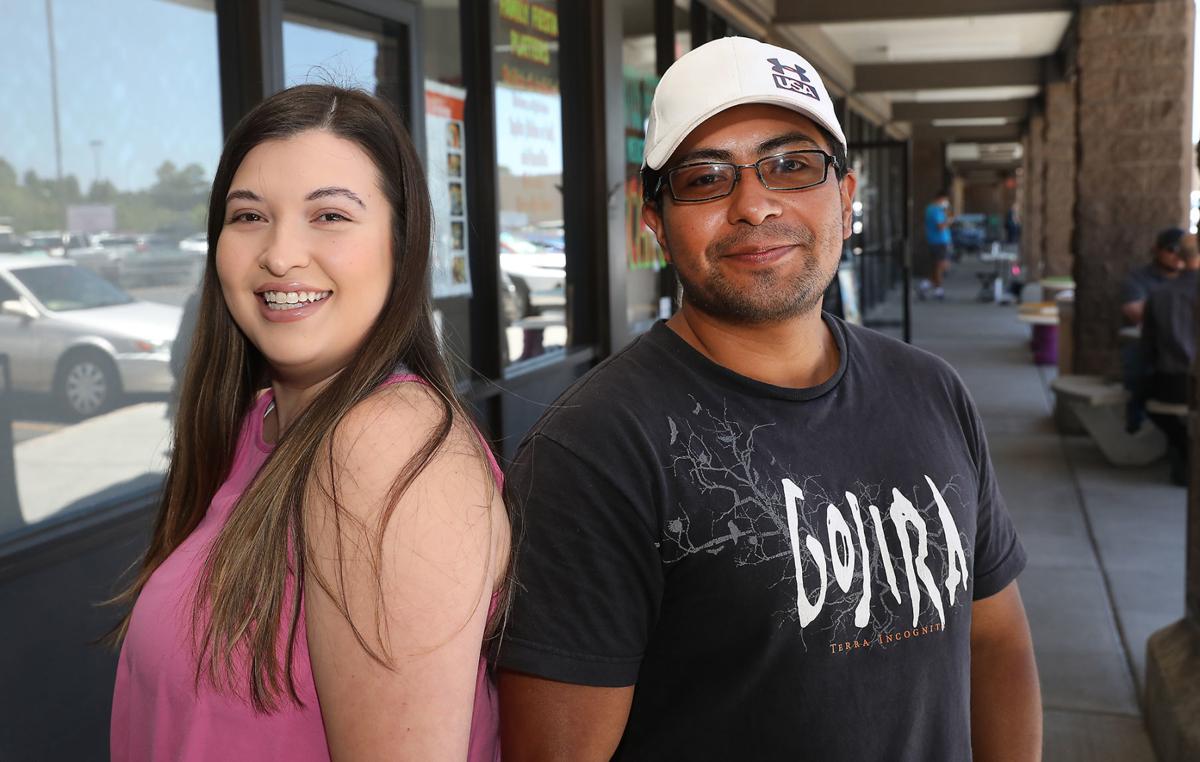 Maria Lopez and Omar Gomez, both DACA recipients, were very happy with the news of the Supreme Court's ruling on Thursday. 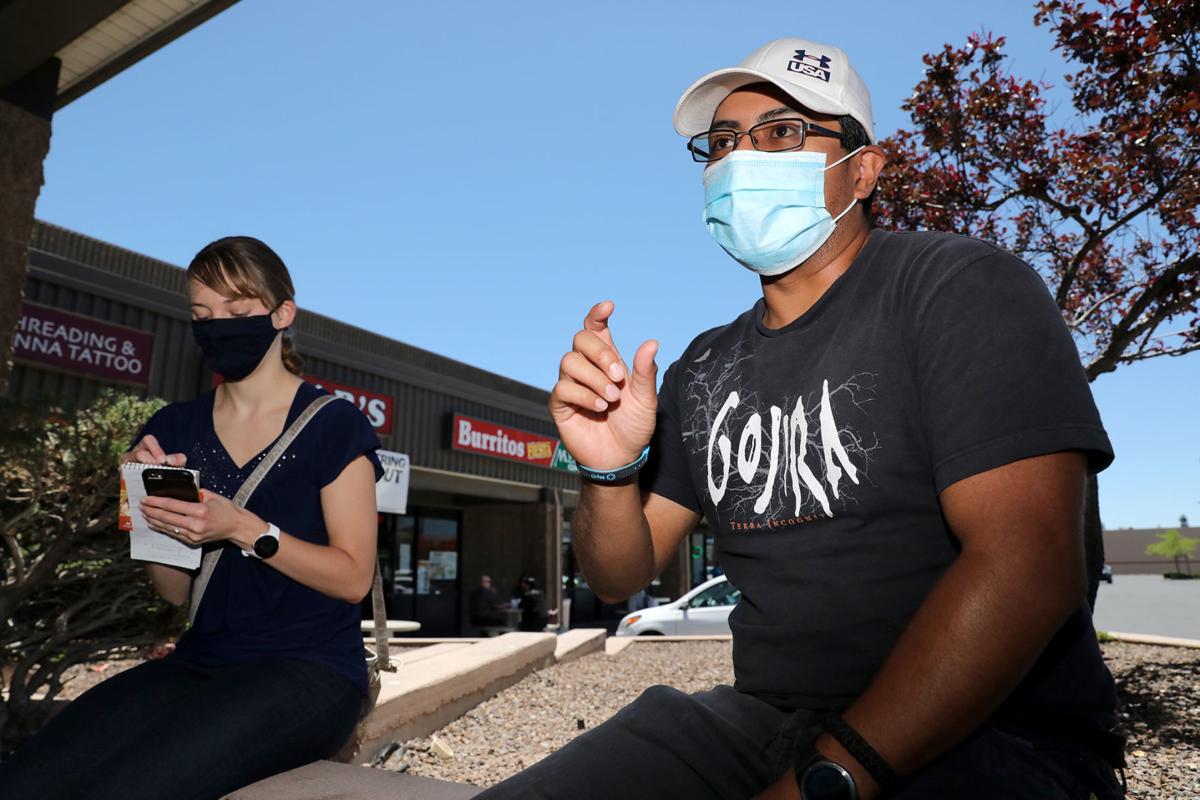 Omar Gomez talks about his reaction to hearing that the U.S. Supreme Court had ruled against the Trump administration on the Deferred Action for Childhood Arrivals program.

Omar Gomez and Maria Lopez were beaming as they described the news they received Thursday morning, sharing the details with an almost breathless excitement.

Just five hours after he went to sleep, Gomez said he roused to a text from his brother that had a headline about the U.S. Supreme Court’s latest decision.

Now years after President Donald Trump announced in 2017 that he would rescind Deferred Action for Childhood Arrivals (DACA), which protects people who might have entered the country illegally as children, the Supreme Court rejected the action that would affect Dreamers such as Gomez, Lopez and more than 650,000 others nationwide.

“As soon as I got that text, I was so happy and so relieved I just couldn’t go back to sleep,” Gomez said. “I was lying in bed the whole time just thinking, 'Wow. This actually happened. I really was not expecting this.'”

Lopez similarly woke up to the good news in the form of mobile alerts from the Dreamers advocacy groups she follows.

“I think we were all expecting the worst, to be honest, so it was pretty shocking,” she said. “This is not what I expected, but I’m so happy about it.”

The decision will allow Gomez to apply to medical school after a last semester as a Northern Arizona University graduate student and Lopez to continue operating her family’s two Mexican restaurants in town.

“Representing #AZ01, I've been lucky to meet with many AZ DREAMers,” Rep. Tom O’Halleran shared on Twitter. “They are doctors & nurses on our front lines, teachers in our classrooms, & neighbors on our streets. Today, the Supreme Court reaffirmed what we already knew: DREAMers are here to stay.”

Alongside the celebrations, many others, including Arizona Sens. Kyrsten Sinema and Martha McSally, acknowledged these young immigrants have more work to do. Although the Supreme Court recognized the Trump administration went about ending the program in the wrong way, it did not determine the status of DACA going forward.

“It is definitely a huge win and it warrants a big celebration for us because now it means that even the Supreme Court has said that we have a place here,” Gomez said. “But at the same time the celebration also has to have a bit of a call for action. There’s a lot more things that need to get done because, ultimately, [DACA] can get struck down again. It can get challenged."

“This is good, but we’re afraid people are going to stop fighting for more because they’re going to get comfortable with the idea that DACA’s OK,” Lopez said, sharing her surprise that in the eight years since DACA was first introduced a better policy has not yet been implemented.

Unlike some of their younger friends, the two said they remember the time before DACA, when it seemed they didn’t have any opportunities. Since DACA was first offered, they both completed bachelor’s degrees from NAU and have worked countless hours in Flagstaff, where they have lived since they were toddlers.

For now, following Thursday’s decision, these Dreamers expect things will continue as they have, renewing their DACA status every two years and facing the same obstacles they have in the past, such as facing the lack of in-state tuition rates. With the approaching election season in mind, they expressed a need for more inclusive and permanent solutions, noting a similarity between these calls from DACA recipients and those for racial equality from participants in the Black Lives Matter movement.

“These small, little things are Band-Aids. They’re not a fix. There’s a bigger problem but we need to find a solution that’s more inclusive,” Gomez said. “It’s not just certain people who have DACA, it’s people from all over the world. So having something that caters to all of us I think is necessary.”

Inside the Supreme Court's ruling on DACA program, Page A8

DACA and immigration approval process drags on for Flagstaff hopefuls

The process to file to become a legal immigrant to the U.S. or file for DACA is the same, but the process is taking longer and longer to compl…

For Flagstaff Dreamers, DACA's end could be life-changing

Kassandra Carrasco is a full-time student at Northern Arizona University, pursuing a degree in hotel and restaurant management while working f…

Maria Lopez smiles Thursday as she talks about the U.S. Supreme Court's DACA ruling that effectively means that she will be protected from deportation for at least the next year.

Maria Lopez and Omar Gomez, both DACA recipients, were very happy with the news of the Supreme Court's ruling on Thursday.

Omar Gomez talks about his reaction to hearing that the U.S. Supreme Court had ruled against the Trump administration on the Deferred Action for Childhood Arrivals program.