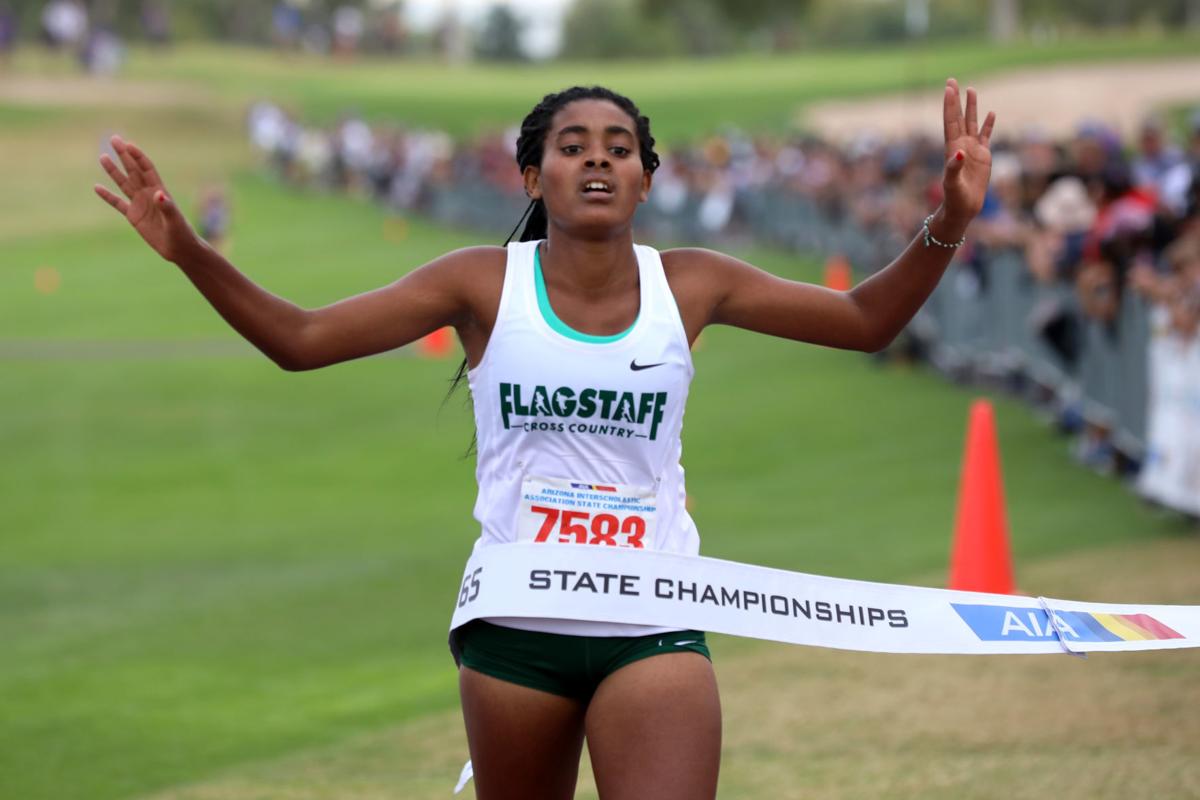 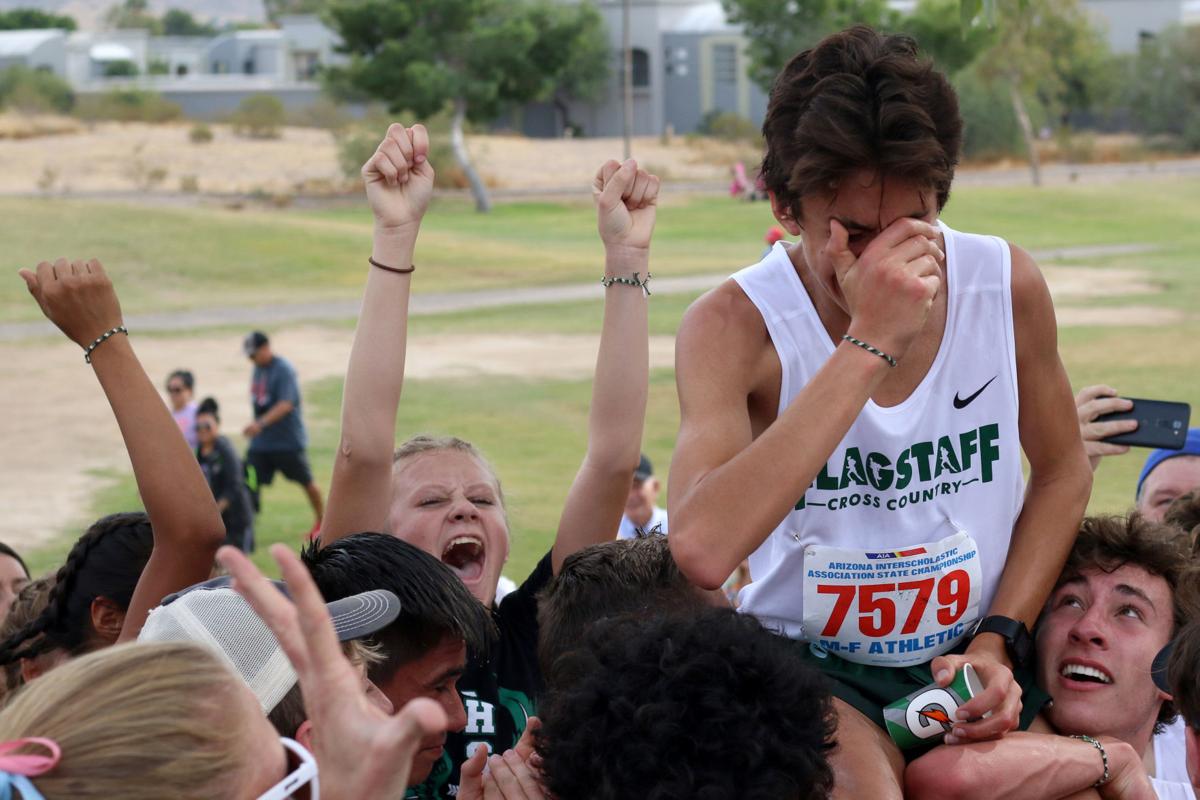 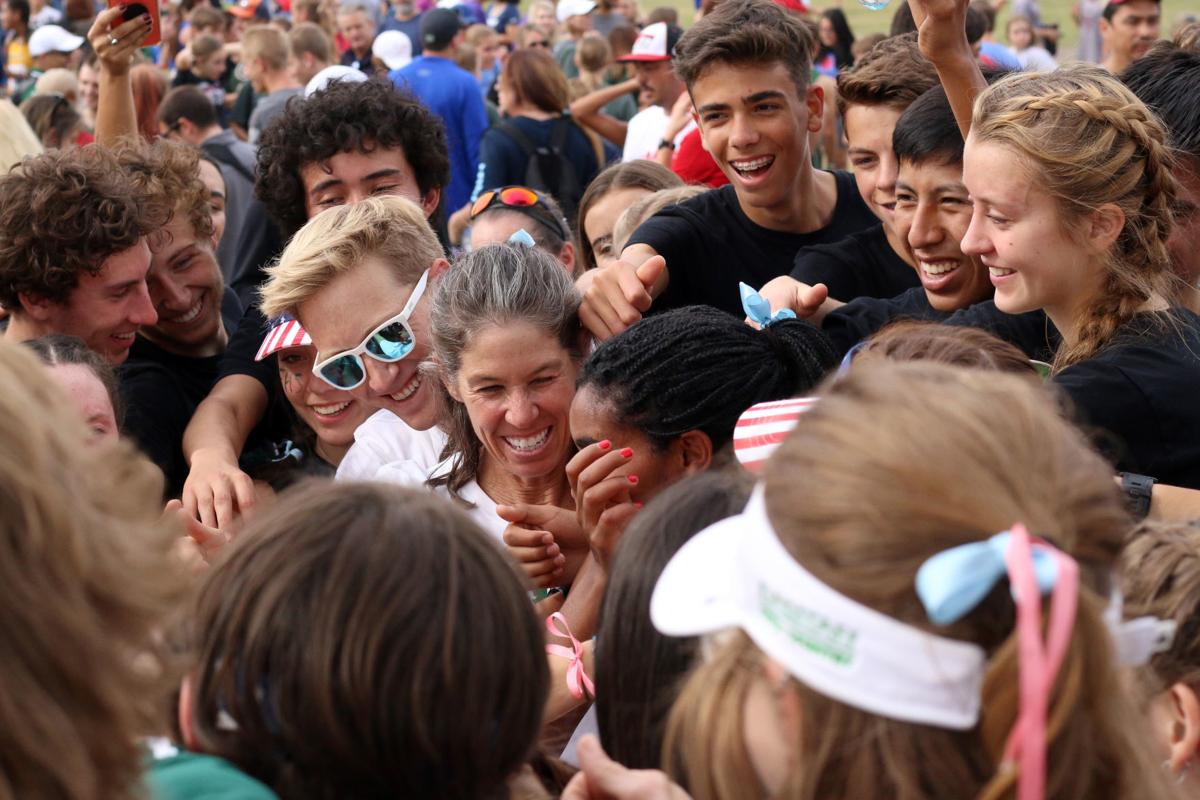 The math is easy. The accomplishment isn't.

"Five in a row is actually surreal," Flagstaff Eagles cross country head coach Trina Painter said. "Two or three seems reasonable, but five is unbelievable to me. I don't have a secret, I don't know what the secret is, but I just continue to get amazing athletes that believe."

The Flagstaff boys ran a phenomenal championship race just over a week after finishing second in the sectional meet, coming away from the Cave Creek Golf Course on Saturday with the low score of 77 points. Runner-up Casteel scored 143 points.

The Eagles on the girls side also soared, posting the low score of 53 points en route to matching Flagstaff's longest consecutive streak of cross country championships in program history. The last time the Flagstaff girls accomplished the feat was from 2000 to 2004.

And for the second year in a row, Hana Hall won the individual D-II state title. The senior clocked an 18:15.13 for the crown. Hana led the race for the most part after the gun, and teammates Mia Hall, her sister, and Allie Thurgood, a junior, also stayed with the lead pack for most of the 5K.

"Last year, it wasn't cloudy, it was hot and sunny, but this year it was perfect to run and I was really excited about it," Hana said. "... I just wanted to go hard at the beginning and push all the way through."

"Mia and Allie really stepped up with this being both their first years in cross country," Painter said. "They just slid right in like it was nothing. It's like it was just normal business for them. And I think part of that is because of how Hana runs, and so they just went with her."

Mia added: "Having Allie this season was huge. She's really good and we need her. It was great to have her on the team."

Anna Harmon placed 18th, Breana Biggambler took 25th and Brooke Golightly crossed the finish line in 30th for Flagstaff, which produced a total team time of 1:38:14. Alexis Lott was 75th for the Eagles.

Catalina Foothills took second as a team with 98 points.

The message to the squads from Painter and her coaching staff was to "be relentless."

"We knew that if we would run relentless, and if everyone could run at the level we knew they could, then it was definitely there for us to take. But we had to earn it today," Painter said.

Taking 10th place for Flagstaff on the boys side was Gabrial Harju in 16:36.46, with sophomore teammate Lance Harris coming in 14th in 16:45.31. Zac Joyce placed 49th, Ryan Hatch 51st and freshman Troy Baker 55th for Flagstaff.

The boys went out before the girls and set the tone, with Davis and Human in the top 10 early and making moves to improve their places. The girls, meanwhile, had three in the top five for most of the race.

The boys executed in a way that Painter had wanted to see all season long.

"We've been focused on that type of a performance all season, and we had a little slump in the middle," Painter said of her boys crew, which won its first-ever state championship in 2015 to start its current run. "We were mending injuries that we had midseason. But thankfully we got healthy, we recovered and they were in the right mindset to go after it today."

The Flagstaff Eagles runners, coaching staff and others with the school made sure to wear some blue on Saturday for the race.

It was an small addition to their normal green and white colors for a big reason.

They wore blue for Saugus High School, which was recently affected by a shooting Thursday that left two classmates of the shooter fatally wounded and three others injured before the suspect shot himself in the head on his birthday. The shooting suspect died Saturday from his injuries.

Flagstaff went to a meet hosted by Saugus last year, and Painter said she and the program could not but help feel a connection to the school.

"We feel like we were trying to run Saugus strong today with them in our hearts because their cross country team, their whole school, was impacted by this shooting. We just feel a little connection," Painter said while trying to hold back tears.

In fact, Flagstaff went two years ago as well, and the boys still have a sweatshirt they had from that time.