Flagstaff Council to staff: Why is camping a crime?
22 comments
Share this
{{featured_button_text}}
1 of 3 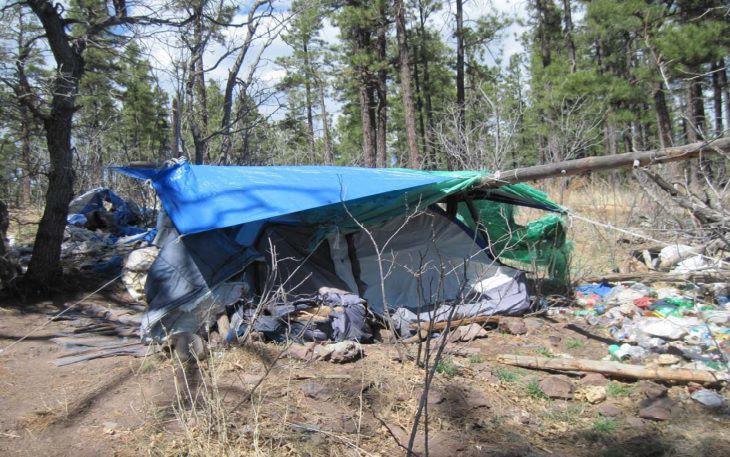 This campsite was found near Thorpe Park. 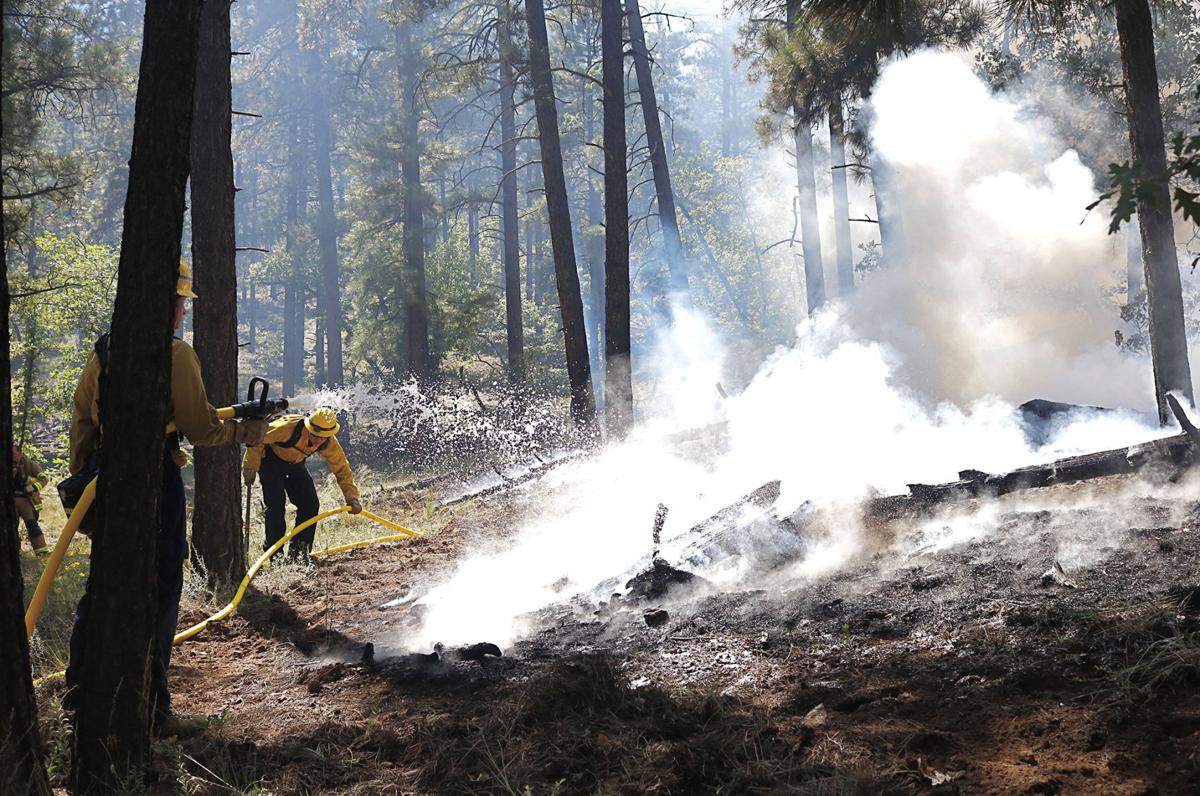 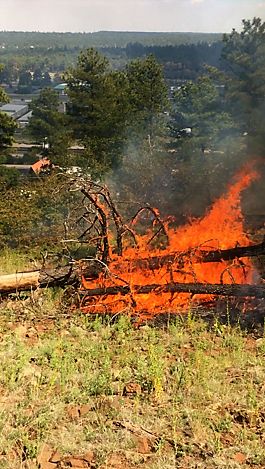 A fire started by a transient's unattended campfire burned less than an acre Sunday afternoon before being put out by Flagstaff and Forest Service firefighters.

The possibility of someone facing criminal charges for sleeping in a car parked on a street became a sticking point for some members of the Flagstaff City Council, which was divided about what it would like to do about the city’s anti-camping ordinance.

The ordinance, which was first enacted in 2005, prohibits camping on public property, including sleeping or making preparations to sleep; using a vehicle, tent, shelter or other structure for sleeping; making a fire or cooking in a place other than a city-provided barbeque pit; or storing personal belongings on public property.

The ordinance requires a person to be given a warning before they can be arrested for violating the law. A violation is a class 3 misdemeanor, which is the lowest level available, senior assistant city attorney Marianne Sullivan said at the council meeting Tuesday night. Since 2013, 22 people have been arrested in violation of the ordinance and 226 warnings have been issued, Flagstaff Police Department Deputy Chief Dan Musselman said in a presentation to the council.

Community activist Klee Benally said the ordinance showed a “lack of recognition of the humanity and basic dignity of people who are unsheltered.”

Two of the speakers said they are living out of their vehicles, which is a violation of the ordinance.

Both speakers said they had recently been awoken by police pounding on the doors of the vehicle in the middle of the night, and both said officers threatened them with jail time if they were found in violation again.

Councilwoman Eva Putzova said encounters of that nature, when a person is awakened in the middle of the night, could be a reason to repeal the ordinance.

“You’re interrupting somebody’s sleep in the middle of the night,” Putzova said, adding that she felt it would be more appropriate for social workers to approach people camping illegally, rather than police officers.

Putzova also criticized the ordinance for specifically not allowing people to create campsites, like using shelters and sleeping bags. “Sleeping alone does not constitute an offense, however setting up a temporary shelter, cooking, campfires for warmth, etc., may collectively establish a reason to believe a person is camping,” the ordinance reads in part.

“These are exactly the things that save lives,” Putzova said.

Putzova said the ordinance has not significantly reduced the number of littering violations, trespassing violations and illegal fires in the city.

According to Musselman’s presentation, there was a decrease in wildland fires since the ordinance was implemented, but forest thinning and management also began in 2000, which was when the significant dropoff in fire numbers began.

In the executive summary of the issue, Mussleman said city staff recommended the council keep the ordinance as it stands “so it is enforceable and able to withstand any legal challenges and remains an effective tool to combat the real risk and danger of forest fires.”

Councilmen Scott Overton and Charlie Odegaard said they were supportive of the ordinance as it stands, and Overton said he did not believe the data for violations was enough to require a second look from the council.

However, Vice Mayor Jamie Whelan and councilmembers Putzova, Celia Barotz and Jim McCarthy asked that the police department research options, including changing the offense from criminal to civil, and bring the issue back to the council at a later date.

The camping ban shows a “lack of recognition of the humanity and basic dignity of people who are unsheltered.”

Sunisa Lee's father after gold: 'Is this real?'

Sunisa Lee's father after gold: 'Is this real?'

This campsite was found near Thorpe Park. 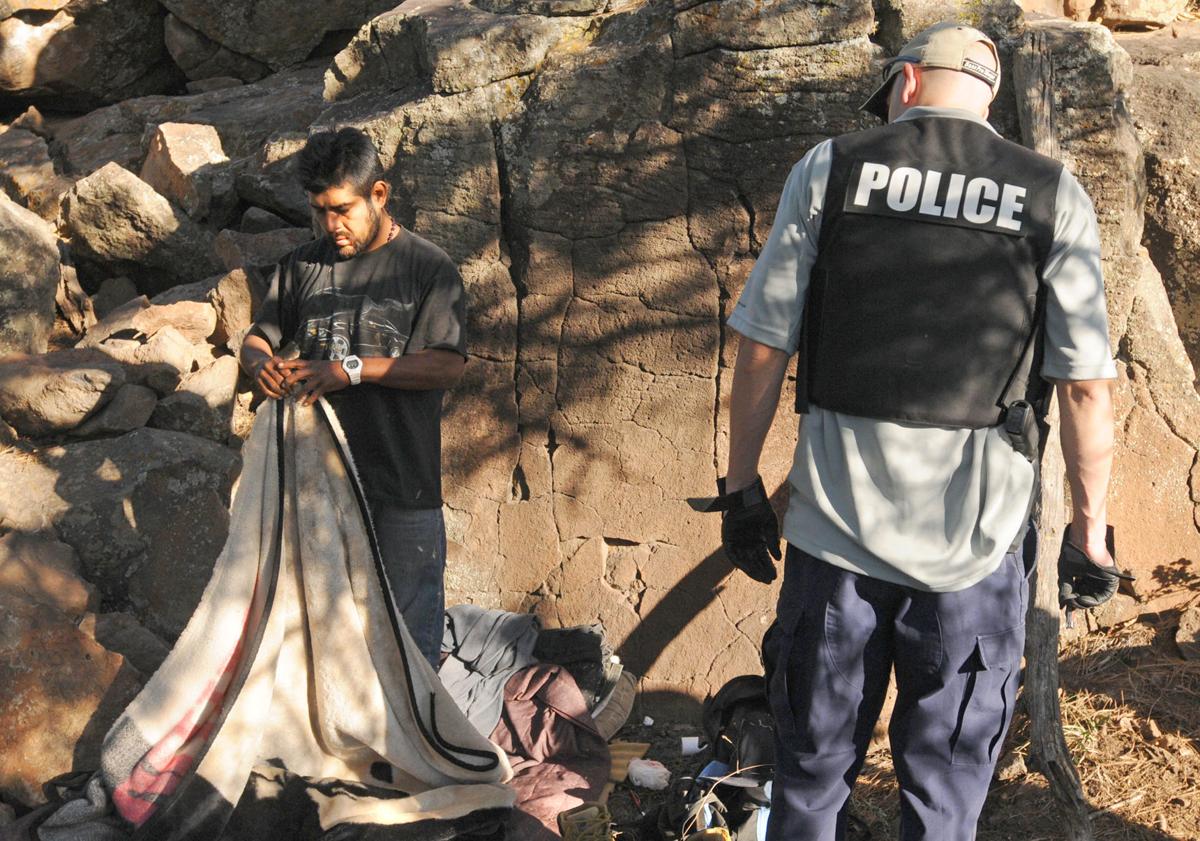 In this file photo from 2012, Flagstaff Police Officer Nick Jacobellis asks a homeless man to leave his camp on McMillan Mesa.

A fire started by a transient's unattended campfire burned less than an acre Sunday afternoon before being put out by Flagstaff and Forest Service firefighters. 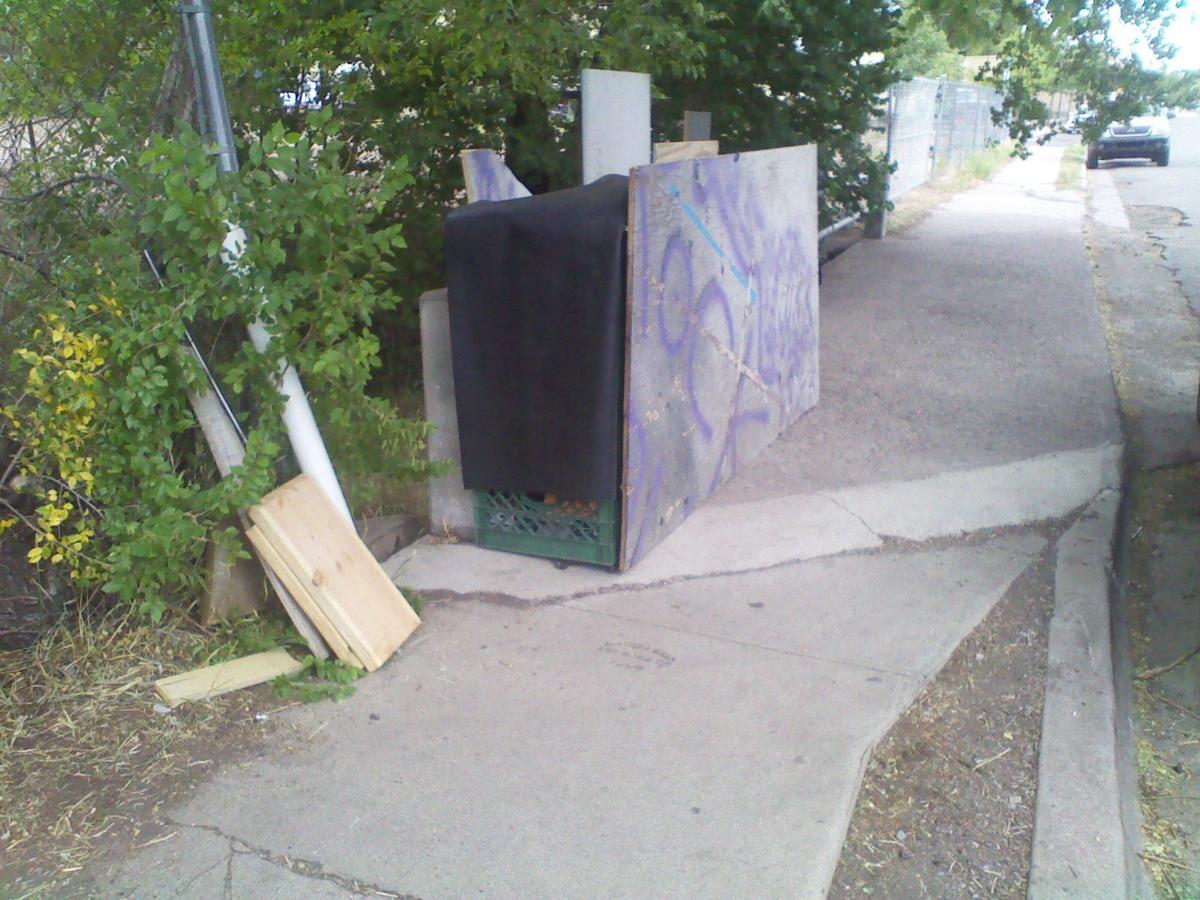 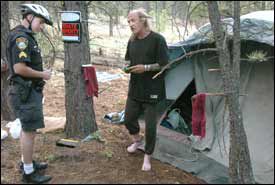 Flagstaff Police Cpl. Corey Runge confronts Fred Herman Jr. for camping within the city limits. Herman claimed he owned the property, but was cited with a warning. With camping now illegal, and fire danger high, police are cracking down on those sleeping in the woods. To order this photo go to 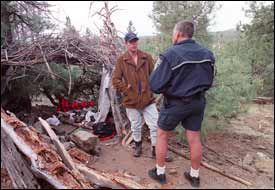 Jake Bacon/Arizona Daily Sun Cpl. Tom Boughner talks with a transient found camping on private property within the city limits on the southwest side of Mars Hill just after dawn monday morning. The Flagstaff Police Department was warning transients camping in the forest surrounding the city to move outside city limits into the national forest. It is illegal to camp within city limits. 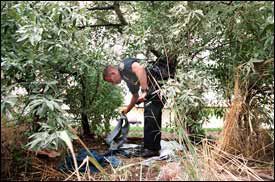 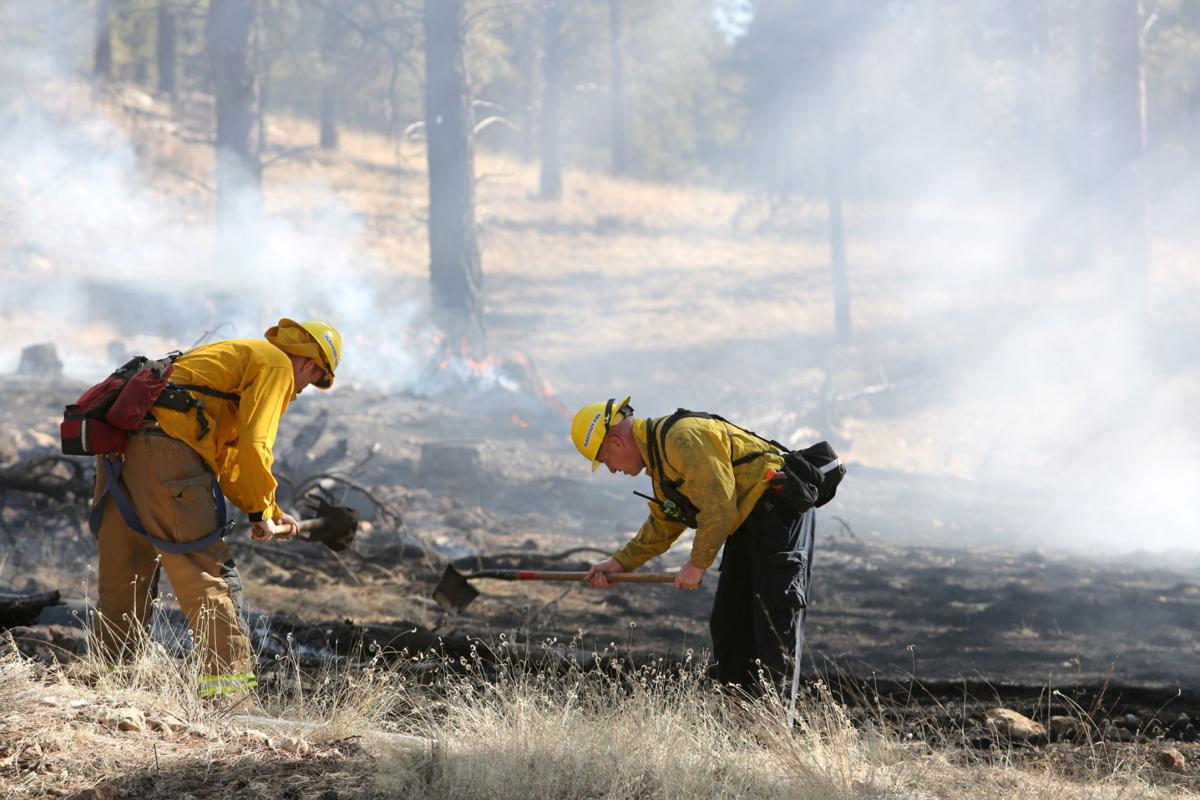 A pair of firefighters from the Flagstaff Fire Department dig a fire line around a forest fire caused by a transient camp fire Monday afternoon behind the Rio de Flag water reclamation plant near Interstate 40. (Jake Bacon/Arizona Daily Sun)