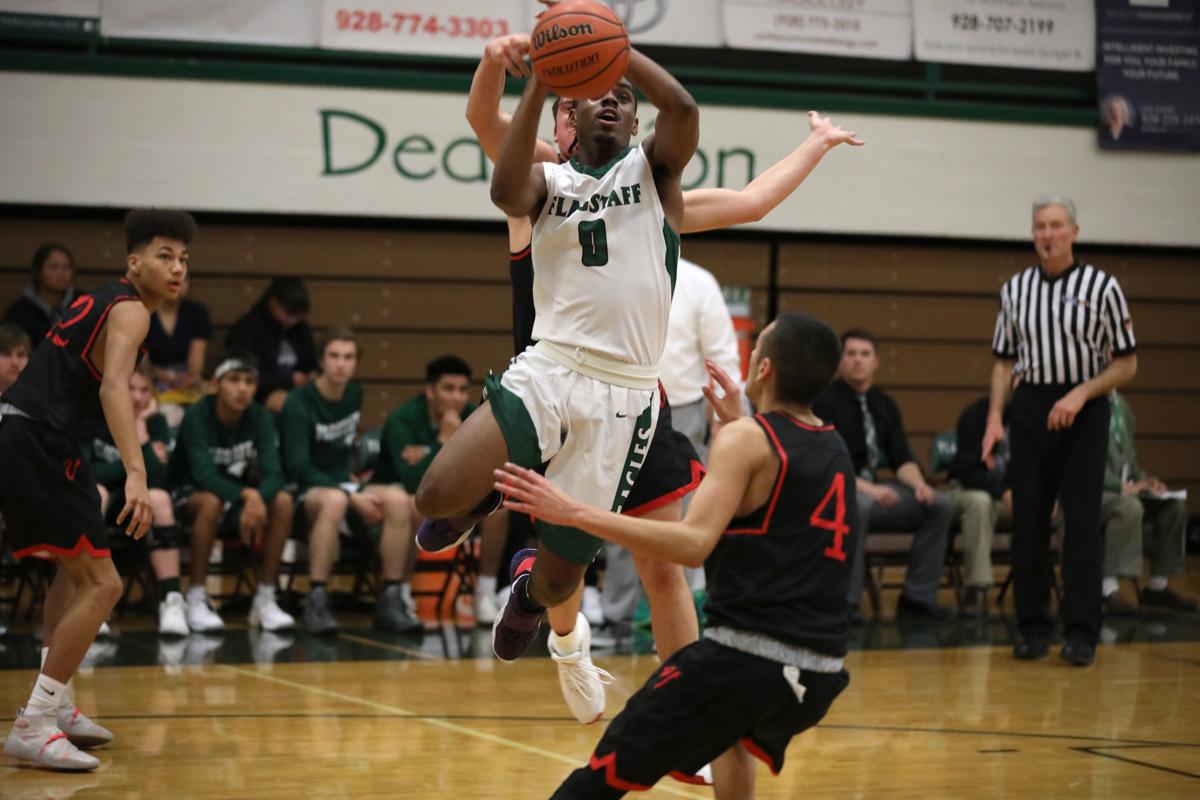 Flagstaff’s Christian Lancaster (0) goes up to the basket over the Lee Williams defense Tuesday night at Flagstaff High School. 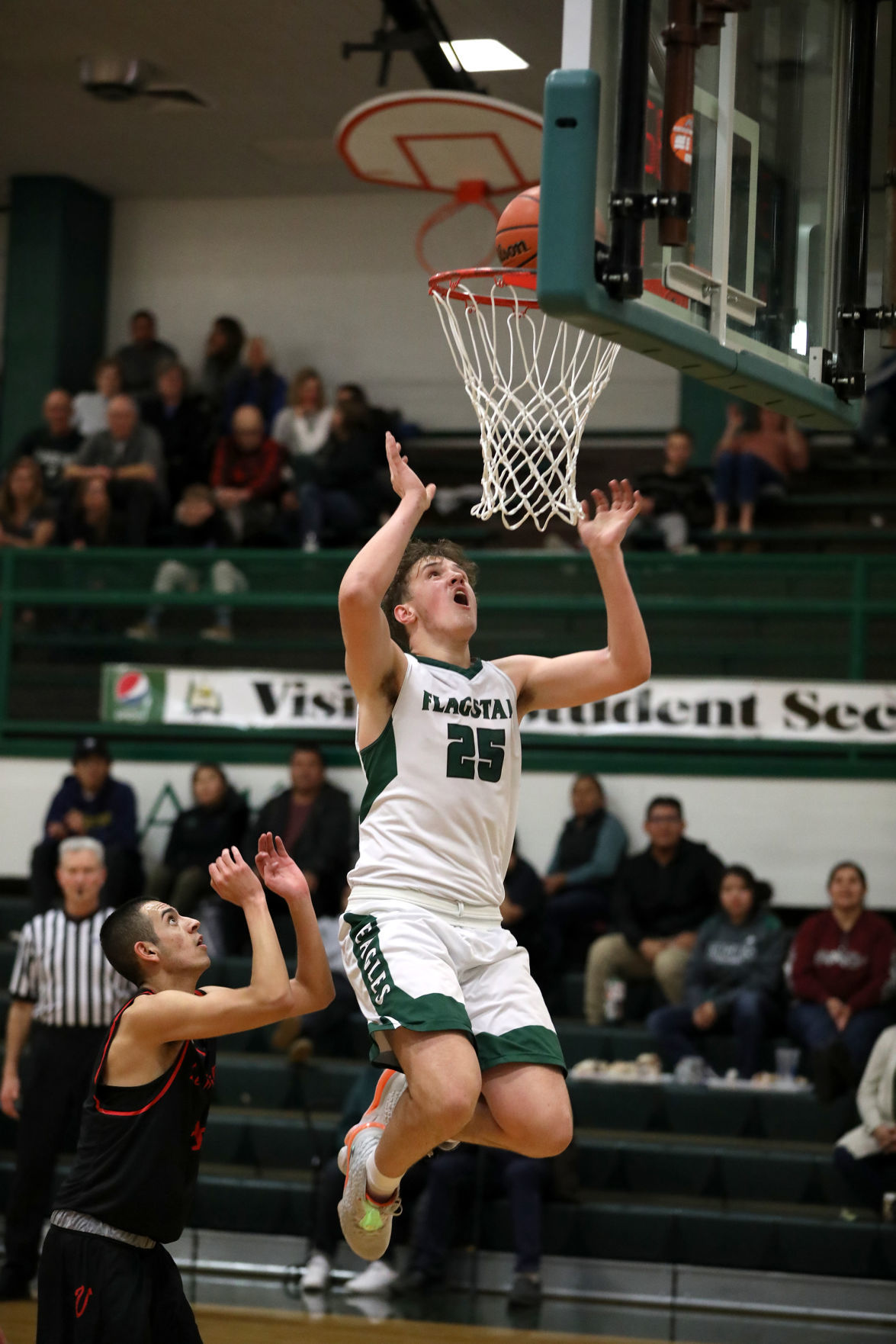 Flagstaff’s Nick Morrow (25) watches his ball drop through the hoop Tuesday during a game against Lee Williams at Flagstaff High School. 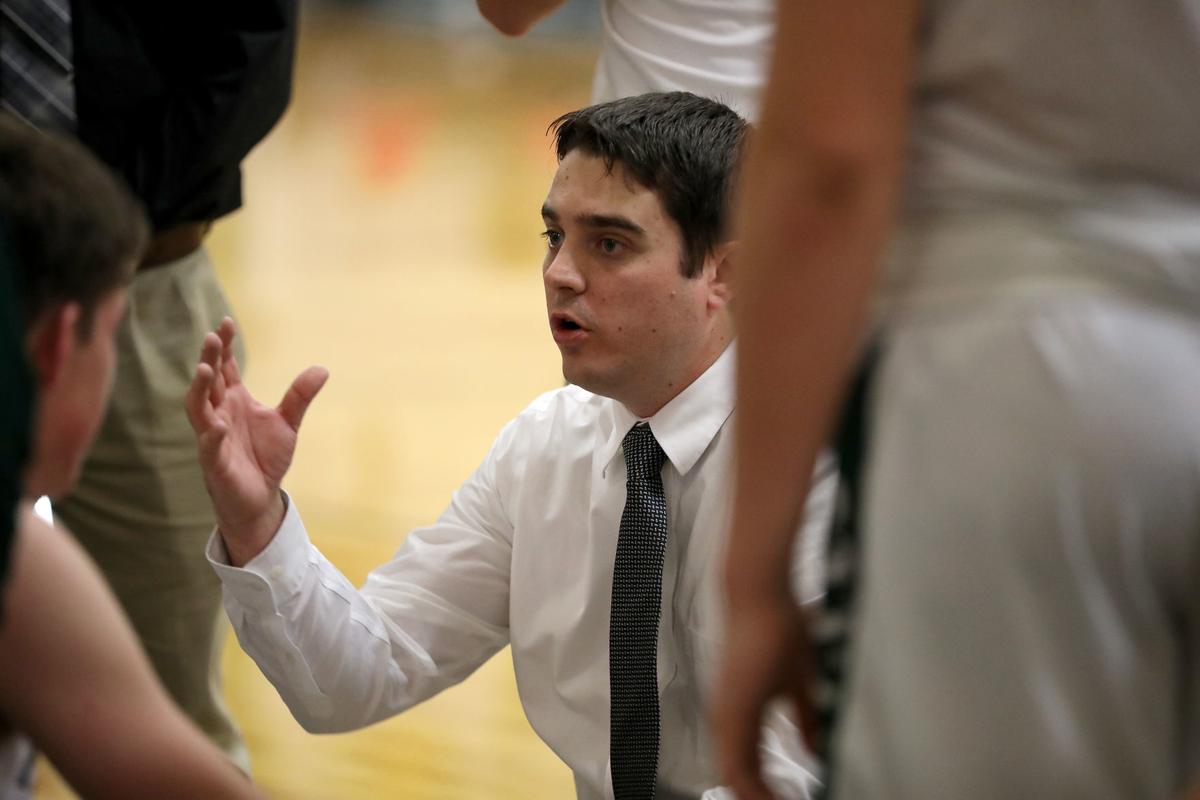 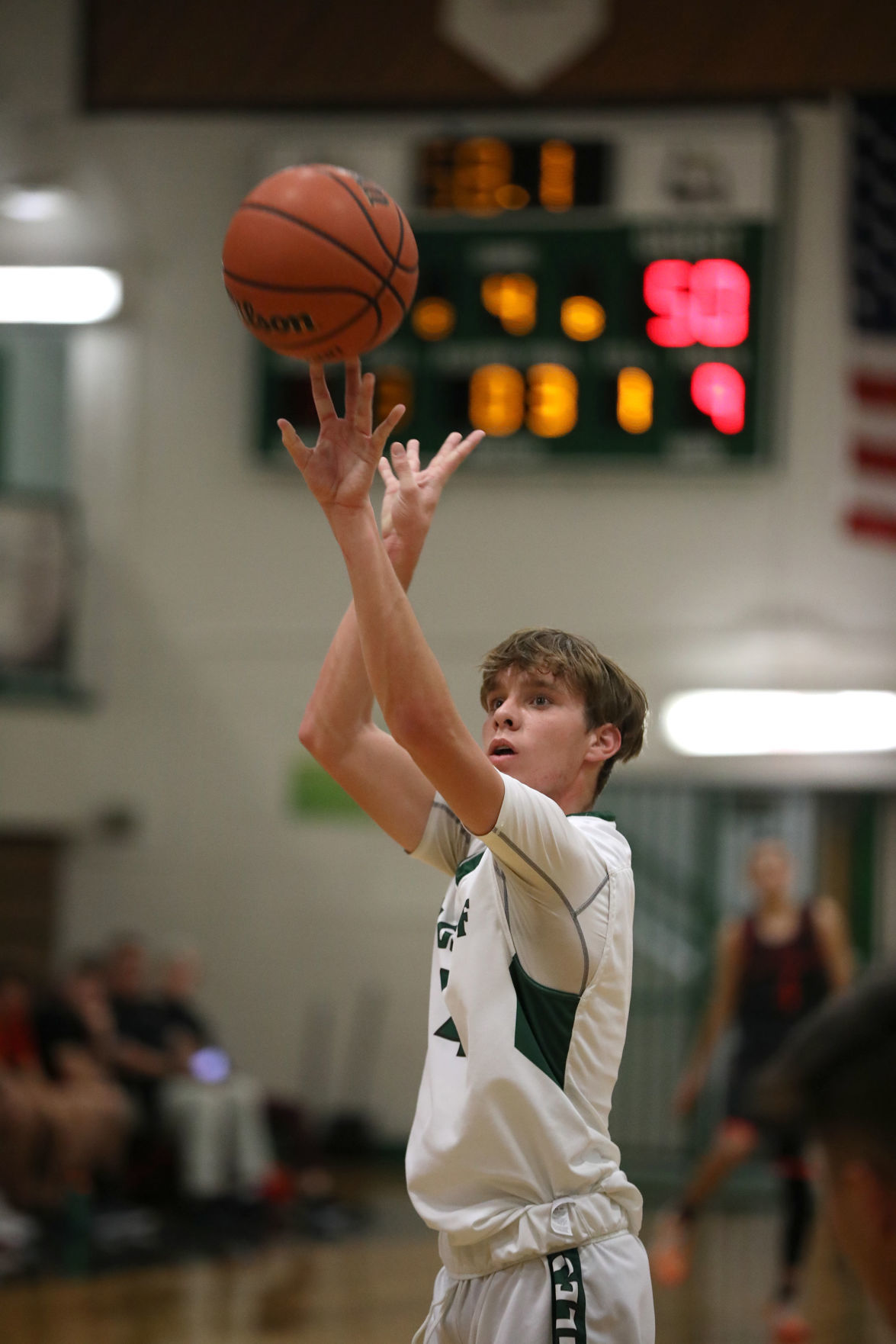 Flagstaff was looking for a way to bounce back.

The team lost Friday to crosstown rival Coconino and then struggled to pick up the energy on Saturday in a 74-59 defeat in the Valley to Saguaro. But plenty of players up and down the roster made sure the funk wouldn't continue.

Christian Lancaster recorded a team-high 17 points and Nick Sneezy and Walter Downs each added 10, and the Eagles outlasted the Lee Williams Volunteers on Tuesday at home in the War Memorial Gymnasium, 59-52, snapping a two-game skid to get back to .500 for the regular season.

"We needed this one to kind of get some enthusiasm and mojo back," Eagles head coach Nick Walton said. "We know this is an important week."

The victory started a three-game homestand for the Eagles that features only Grand Canyon Region opponents. No. 17-ranked 4A Conference Flagstaff (6-6, 3-4 Grand Canyon) avenged a loss as well on Tuesday, as No. 15 Lee Williams (7-4, 5-2 Grand Canyon) won the first meeting this season with Flagstaff in Kingman, 41-33.

"We come back at home, get it done and make sure that we are prepared for practice everyday and to work hard," Flagstaff's Sylas Clerry said of his team getting back on its feet from the weekend.

It was hard work that allowed the Eagles, who trailed just once in the game, to keep the Volunteers at bay on Tuesday. Flagstaff won on the hustle plays, controlling the glass, getting to loose balls first and cutting for good looks at the basket.

The ball movement started early for the Eagles, who had five players finish with five or more points. Nick Morrow found a cutting Downs early in the first quarter and he finished a three-point play at the foul line off the feed.

"Good, even distribution among our guys -- which is always a plus," Walton said. "We didn't have to rely on one person. We had tons of guys step up, come off the bench and step up."

Josh Lenners finished with nine points for the Eagles, who led 44-39 heading into the final quarter. The junior shooting guard got the ball falling early in the fourth quarter, in which he scored six points -- all six being Flagstaff's first points of the stanza before teammate Tyler Centner had a put-back bucket to make it 52-43.

Centner had eight points for the night.

"We are always trying to win the hustle plays," Clerry said. "Rebounding is our main philosophy. I love getting rebounds, that's my job. Kick it out to Walter, Josh, any of the point guards, that's my job."

Flagstaff had to survive its share of Lee Williams runs. The Volunteers went on a 7-2 burst to close out the first quarter to make it a one-possession game. Lancaster and Lenners got the Eagles offense flowing again, with the former completing a three-point play early to spark a second-quarter 13-2 run and the latter turning a steal into a driving layup during the outburst.

Downs drilled a 3-pointer during the run.

"All around, all our guys, it was great," Walton said of the win.

Lee Williams used an 8-1 run to close out the opening half, trailing 34-27 at the break. Kade Juelfs led all scorers with 22 points for Lee Williams, which entered the game as winners of six of its last seven outings.

Last time the teams met, Juelfs tallied 17, but Clerry said his team did a good job of taking him out of the game Tuesday overall.

"We were able to shut down one of their best guards and everyone else capitalized on that," Clerry said.

Clerry made the best of a second-chance opportunity with a layup and a trip to the line in the second quarter, hitting the free throw to make it a 30-17 game in favor of his Eagles.

Morrow had a big block midway through the third quarter, and his teammates and the Flagstaff fans erupted for it. Lancaster drained two free throws with 2:30 to play to make it a 55-45 lead.

“Just the little things, rebounding and limiting turnovers, and it resulted in a win," Walton said.

The Eagles get a chance to avenge another loss to a region team on Friday when they host the Bradshaw Mountain Bears, who were ranked No. 18 overall in the 4A power-points standings and defeated Coconino 44-43 Tuesday in Prescott Valley.

Pet of the Week: Coda

Coda is an older, healthy kitty who was an owner surrender who had lived in a home his whole life. He is likely the saddest shelter kitty we'v…

Flagstaff’s Christian Lancaster (0) goes up to the basket over the Lee Williams defense Tuesday night at Flagstaff High School.

Flagstaff’s Nick Morrow (25) watches his ball drop through the hoop Tuesday during a game against Lee Williams at Flagstaff High School.