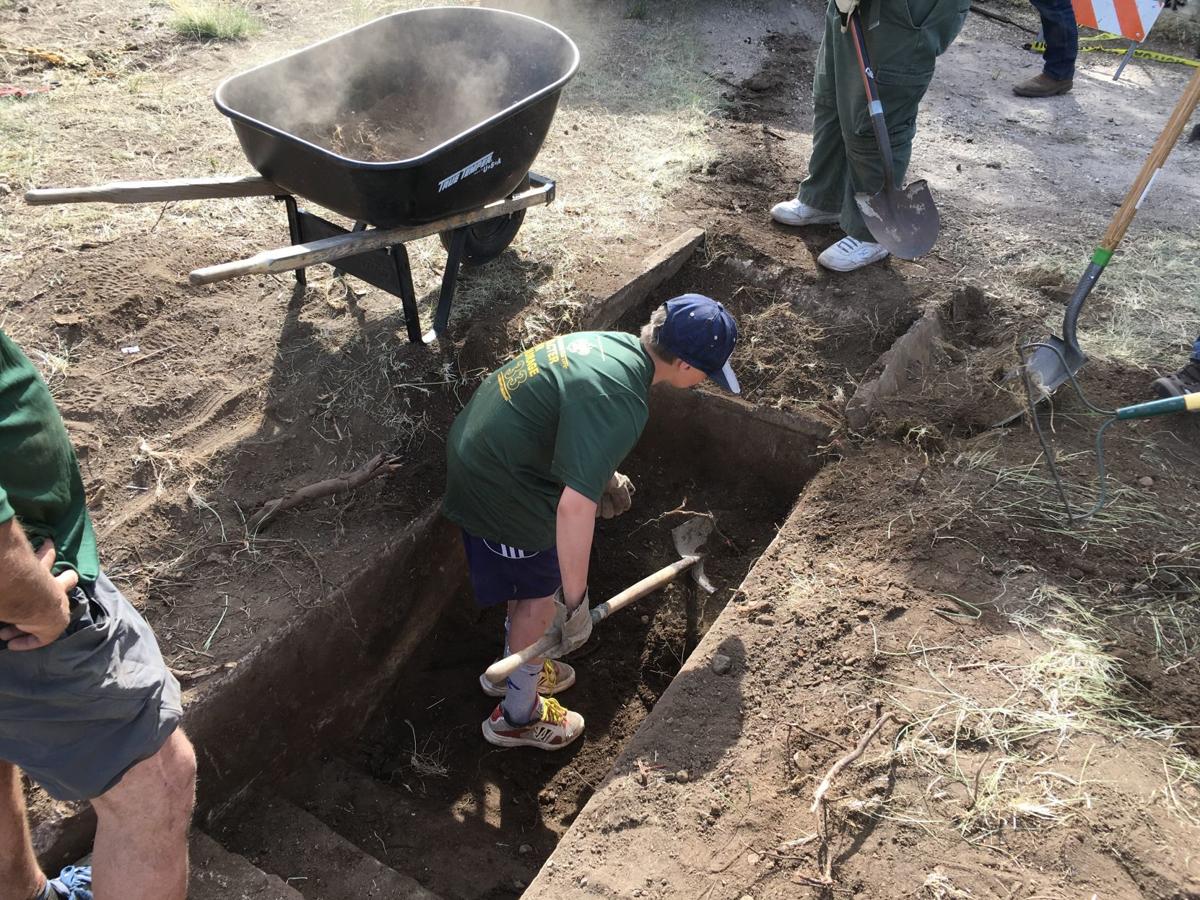 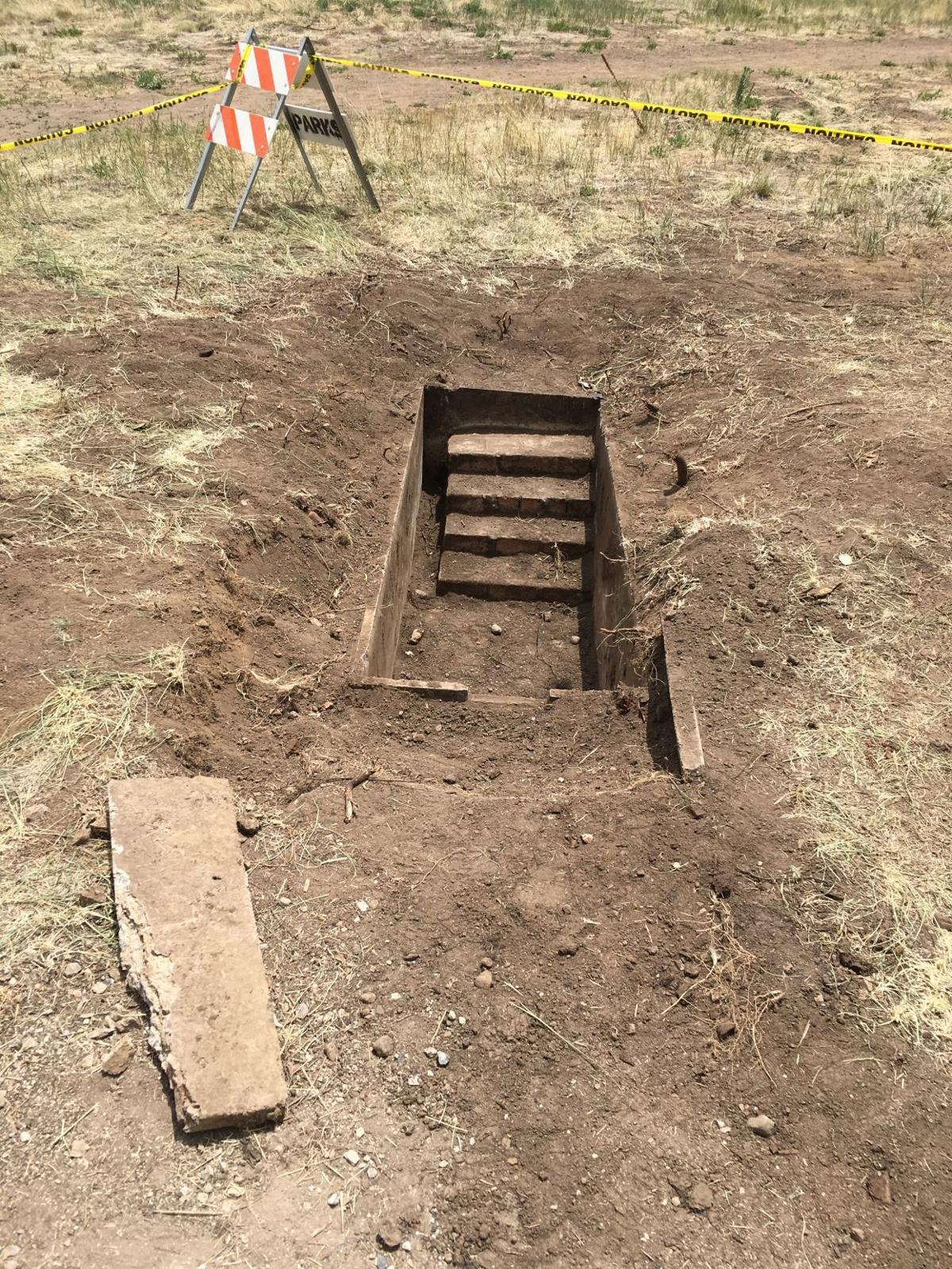 The steps at the far end of the drinker are where animals enter it to get water. A wall, which has since disintegrated, holds back some of the water for storage. 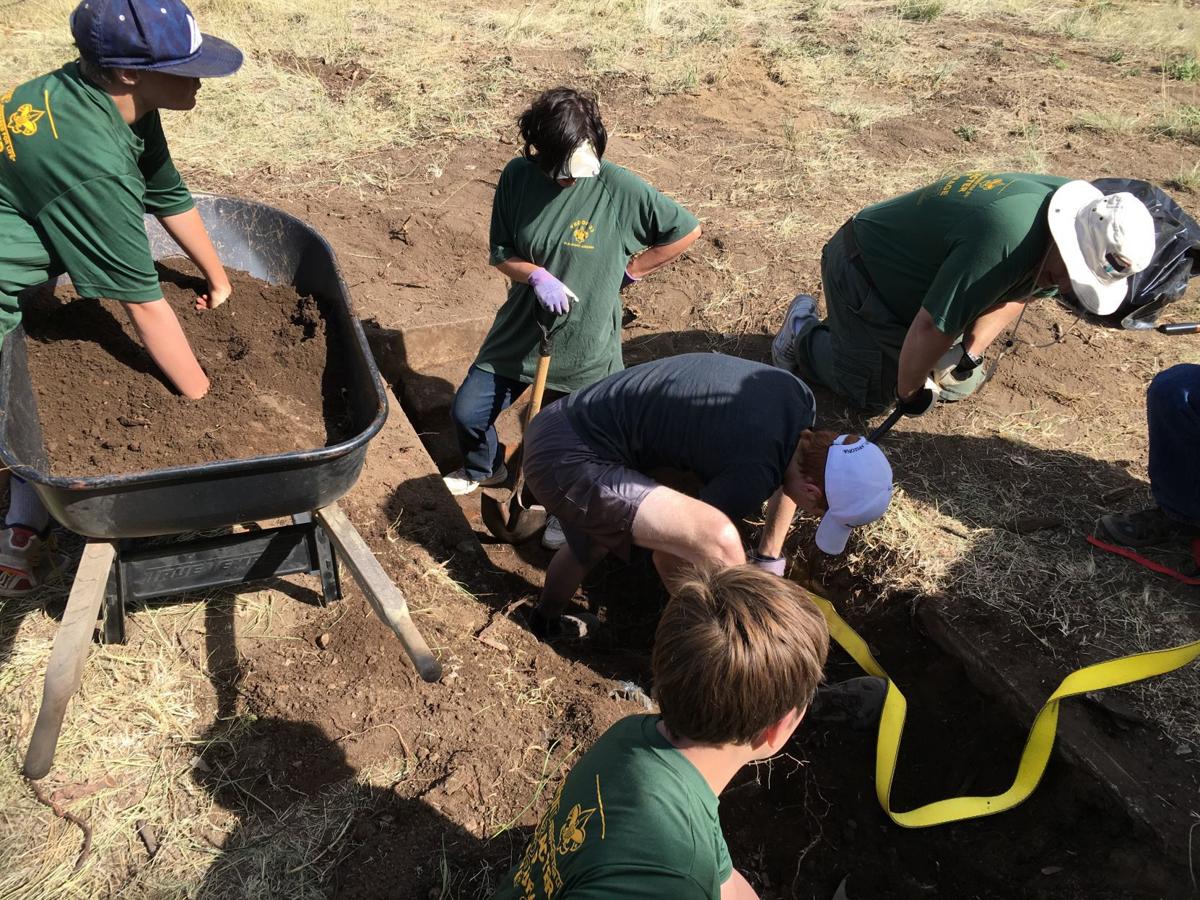 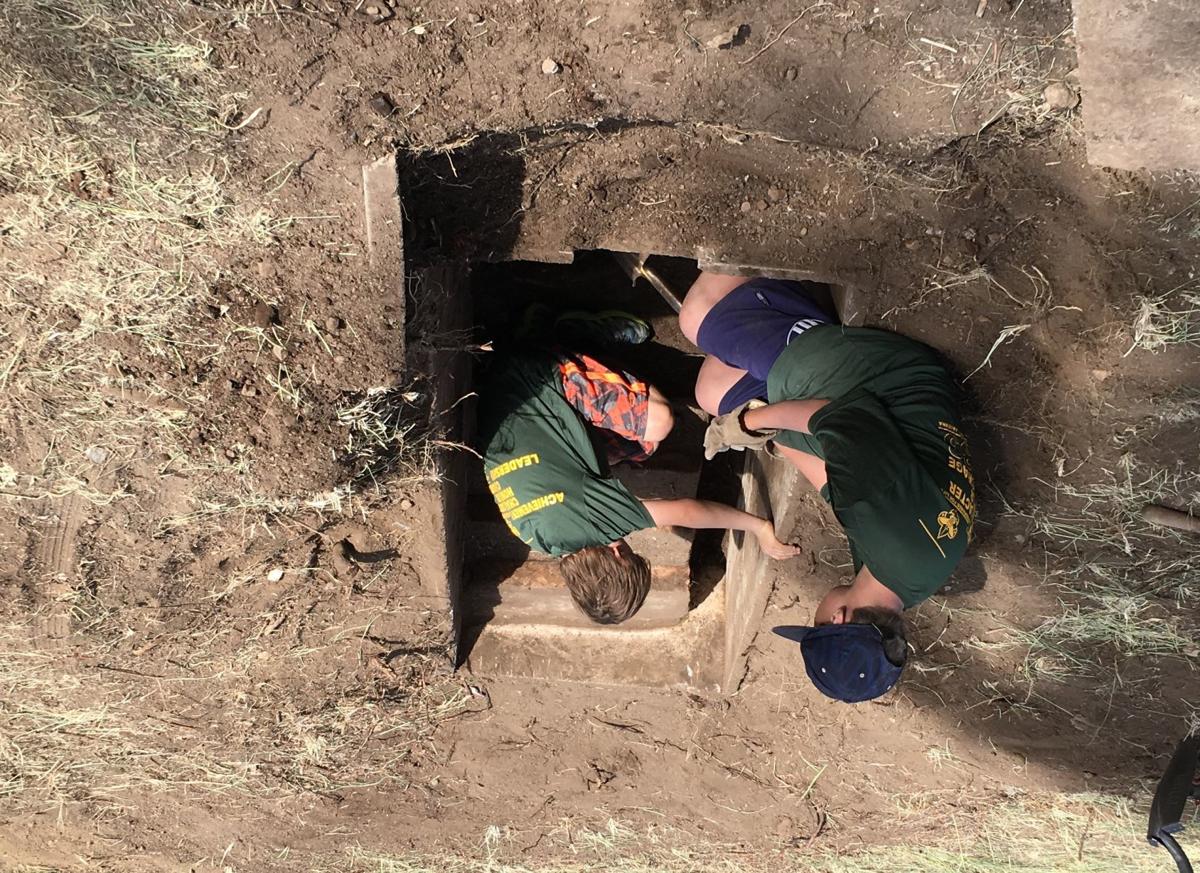 Flagstaff Boy Scout Troop 33 is working on a summer project that will restore a bit of Flagstaff history and help local animals during the dry spell.

The scouts are working on restoring an animal drinker that was created as a demonstration at Frances Short Pond by another Flagstaff boy nearly 50 years ago, said Troop Leader Scott Boynton.

The drinker works a little like a cistern, he said. Water is collected from a leach field and held inside a concrete box underground. At the opposite end of the box from the leach field is an entrance with a ramp or steps that allows animals to enter the box and get a drink. The water in the box is stored behind a wall that allows only a small amount of water into the area where the animals come into the box to get a drink. As an animal drinks, water from behind the wall flows in to replace the water that was taken.

Boynton said there are hundreds of these animal drinkers scattered throughout the forest surrounding Flagstaff. The Frances Short Pond drinker is smaller than the ones in the forest. It's about the same size as a coffin. The drinkers in the forest are much larger.

Arizona Game and Fish is in charge of keeping the drinkers in the forest in good repair, but the dry weather has drastically reduced the amount of water in many of them, he said. This can be a problem for the animals, who have come to rely on them as a source of water in the last 50 years.

The drinker at Frances Short Pond also has an interesting history. It was built by a Flagstaff Unified School District student about the same age as some of the scouts working to repair it today, Boynton said.

The student had a rough home life and was a problem student at school. At one point the boy was about to be expelled when a teacher convinced the district to allow the boy to stay in school, Boynton said. The teacher, Jim David, gave the student the project of creating the demo drinker at Frances Short Pond to help keep him out of trouble.

With the help of several businesses in the area, the student was able to gather the materials and build the demo drinker, David said. It took him about two months to build. After finishing the project, the student showed David the drinker. Later that evening, the student took his own life.

There wasn't much in the way of counseling for students nearly 50 years ago, David said. Most students who caused trouble were simply expelled. The death of the student who built the drinker brought attention to the problem locally and changes were made at the school district to bring in counselors for the students.

The scouts located the drinker last weekend, Boynton said. They had a bit of a struggle removing a willow bush that had taken root on top of the drinker. It took about half an hour to cut the bush down to the roots and pull it out with a pickup truck.

"It was pretty fun," said Scout Liam Smith. "More interesting than I thought it would be."

"It was a little more involved than I thought it was going to be, especially when we had to use the truck," said Diego Martinez, another scout involved in the project.

After removing the bush, the scouts had to remove a large volume of dirt that had been used to fill in the drinker. They found the drinker in need of some repair.

The concrete sides, lid and the wall that holds back the water all need to be replaced, Boynton said. The troop is working with several local businesses to purchase supplies and provide equipment to fix the drinker. The plan is to restore and put up a sign describing how it works so that it can once again demonstrate to the public how animal drinkers work.

The scouts will be working on the project all summer and hope to have a lid for the box soon.

The Arizona Game and Fish Department has received a surge of calls about bears in urban areas, as bears looking for food and water wander into towns.

The steps at the far end of the drinker are where animals enter it to get water. A wall, which has since disintegrated, holds back some of the water for storage.