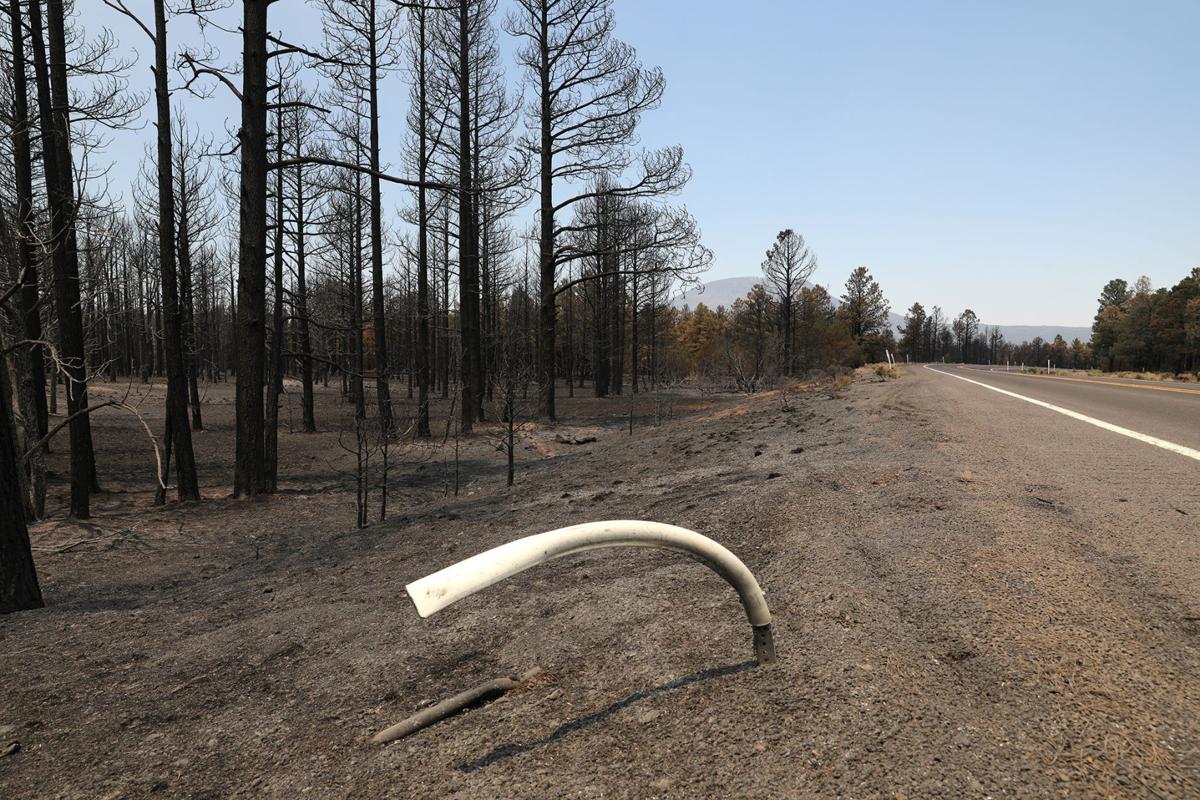 A road marker sits melted on the edge of Highway 180 Friday morning at the spot where the Slate Fire jumped the road. High winds on Thursday made backburn efforts to contain the fire challenging. 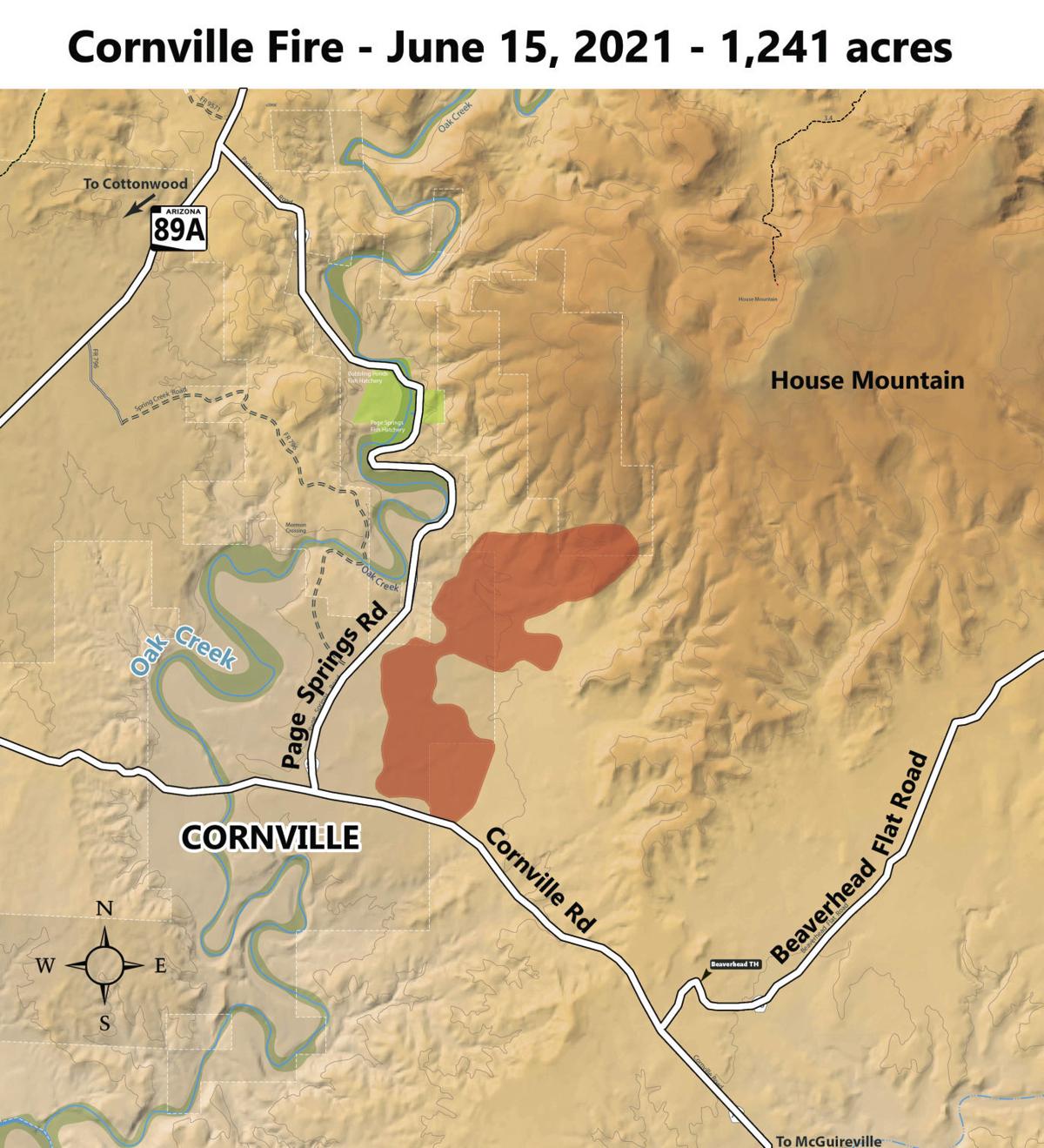 Over a week since the Slate Fire north of Flagstaff closed Highway 180, the road has finally reopened. It was initially closed June 7 as the Slate Fire burned across it and grew to just over 11,000 acres as of Tuesday.

While the 180 has reopened, motorists are asked to reduce their speeds and keep an eye out for crews still working in the area.

Other parts of the Coconino National Forest near the fire remain closed despite the reopening of 180.

Several recreation sites in the area also remain closed, including the Red Mountain and Slate Mountain trailheads, Kendrick Cabin and a portion of the Arizona Trail from Kelly Tank (mile 603.3) to Cedar Ranch (mile 616.2).

Adverse wind shifts Monday contributed to the spread of the fire, and crews spent the day using engines, hand crews, bulldozers and helicopter water bucket drops to tend to spot fires on the south side of the fire, according to a media release.

Crews also took advantage of adverse winds by running a line of fire retardant on the west side of Missouri Bill Hill, followed by dozer and crew work Monday night in an effort to protect firefighter safety.

Work is still being done to survey archaeological sites in the area.

To the south, the Cornville Fire grew only a little and was just over 1,200 acres as of Tuesday. The fire, which is currently 0% contained, is burning south of Sedona and northeast of Cornville.

The fire had initially forced evacuations in the area but after shifting winds pushed the fire elsewhere, the Yavapai County Sheriff’s Office was able to lift those evacuation orders.

Residents in the area are encouraged to remain prepared and be ready to evacuate if necessary.

“Firefighters have done good work the last couple of days on suppression efforts around the community,” said incident commander Trainee Charles Ebert in a statement. “We’re continuing to focus on suppression efforts around the communities and on the north flank of the fire. Forward progress of the fire has been slowed or stopped.”

The fire activity for Monday was minimal and burned away from homes and populated areas, while firefighters worked to secure lines around Cornville.

Firefighters patrolled the fire lines overnight and will be focusing on the northern and eastern flanks to keep the fire from progressing any farther.

Extremely warm temperatures and windy conditions will persist throughout the next several days and will challenge firefighters as they work to increase containment of the fire and keep it from moving or growing any further.

Flagstaff set a new record high for June 15 on Tuesday, with the temperature reaching 94 degrees, two above the previous high set in 1974 and just three off the all-time record of 97 degrees on any day.

The National Weather Service in Bellemont is calling for a 20% chance of isolated showers and thunderstorms each day through the end of the week, though high temperatures are expected to exceed 90 degrees until Sunday.

As work continued on the Slate Fire northwest of Flagstaff over the weekend, the Coconino National Forest and State Forestry Department found …

A road marker sits melted on the edge of Highway 180 Friday morning at the spot where the Slate Fire jumped the road. High winds on Thursday made backburn efforts to contain the fire challenging.