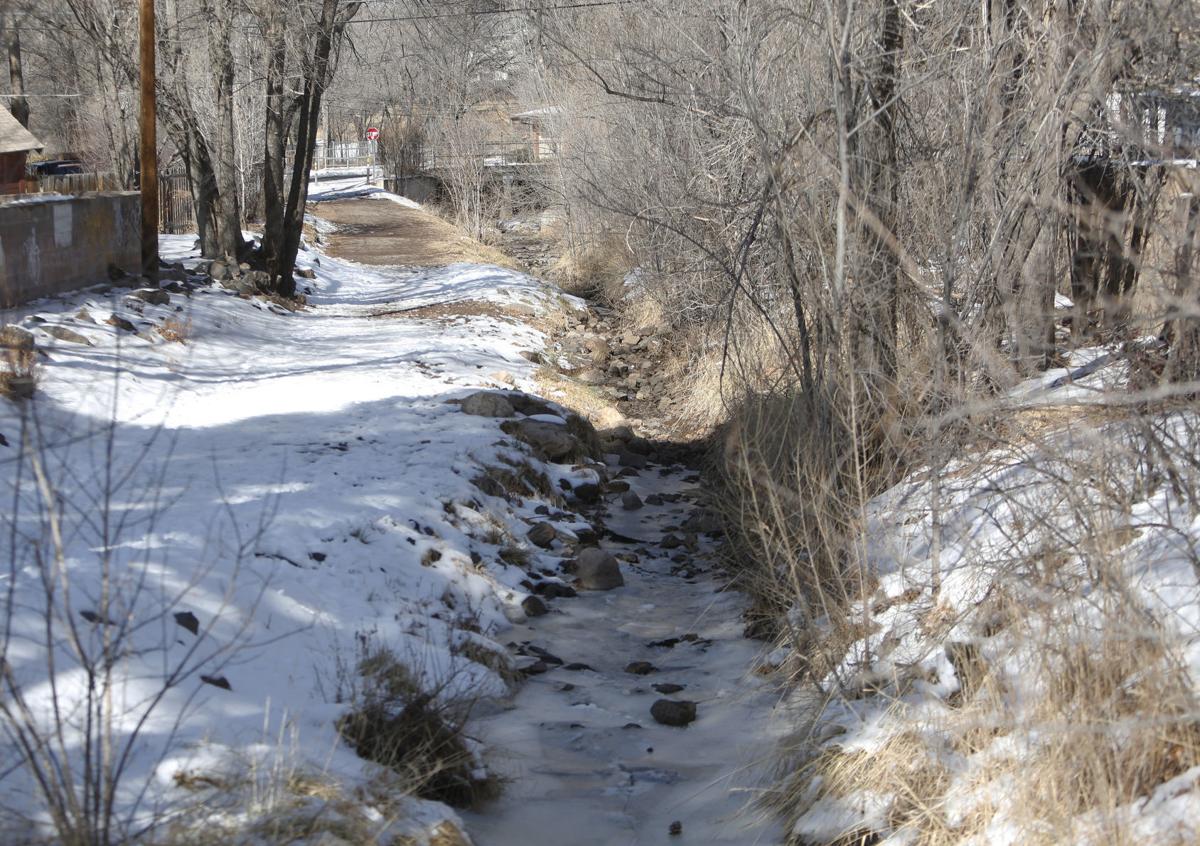 After storms earlier in the month, the Rio De Flag gains a layer of ice while the adjacent trail is covered by a thin blanket of snow. 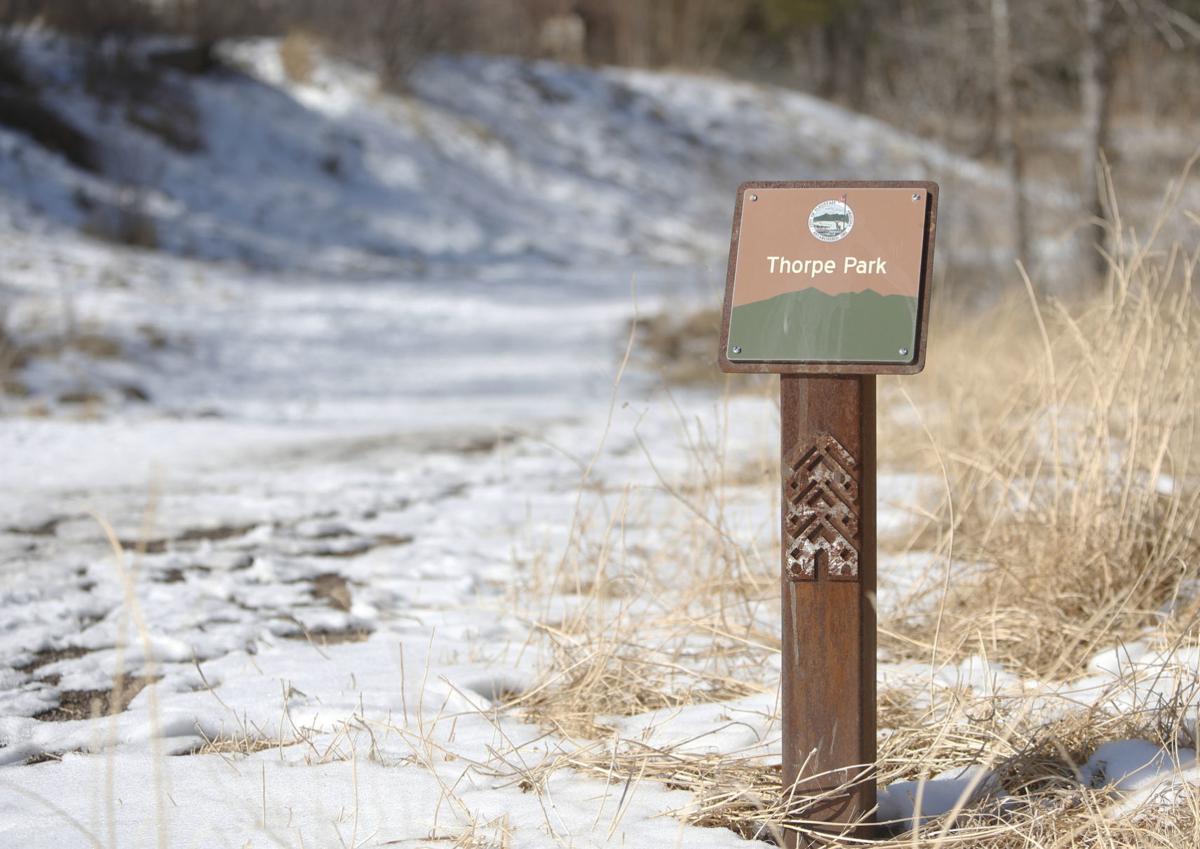 The Rio De Flag is covered by a thin blanket of snow and dried plants directly south of Francis Short Pond. 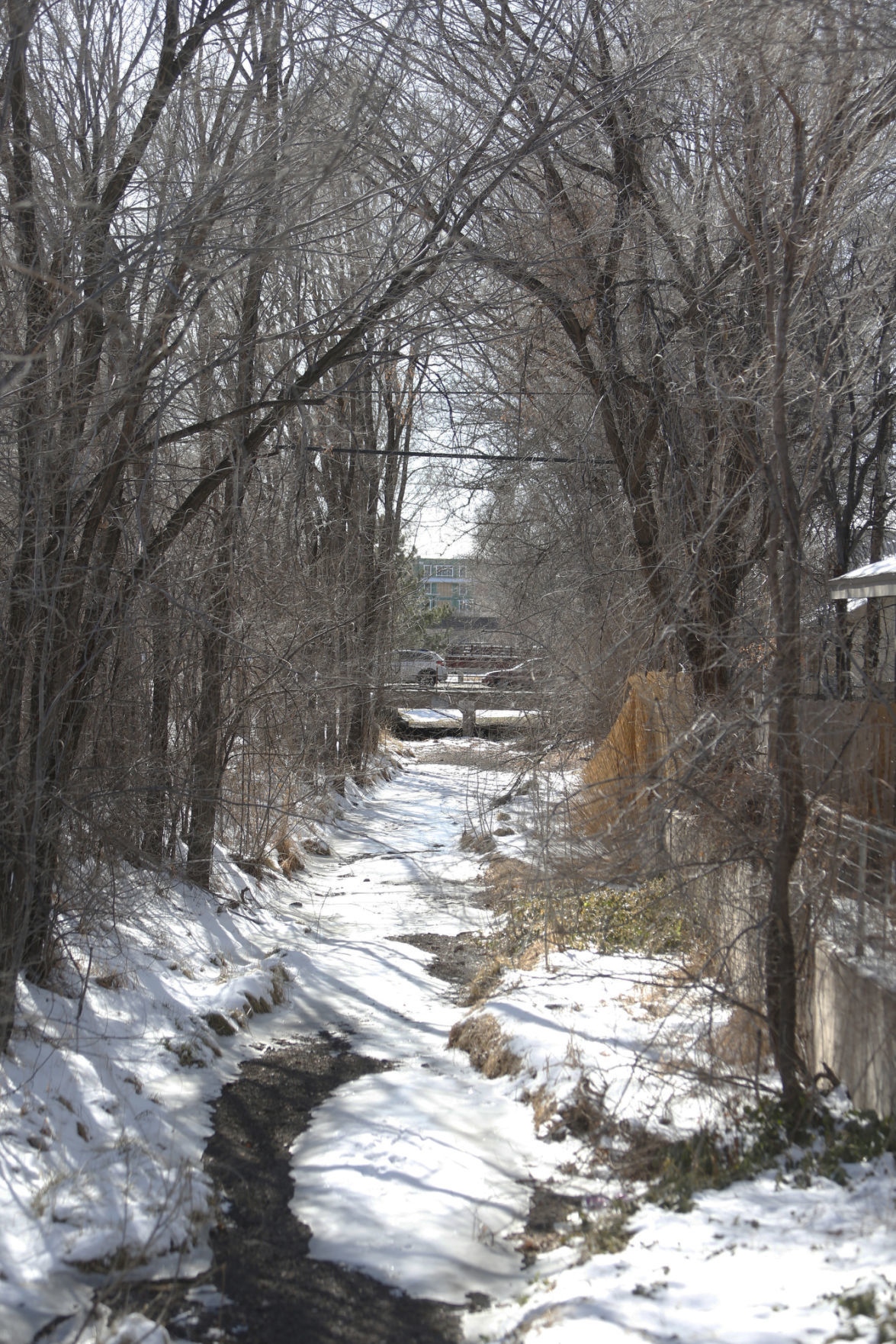 Ice and snow begin to fill the Rio de Flag in downtown Flagstaff after storms earlier this month.

Flagstaff voters will not be asked to weigh in about their support of a sales tax to fund the Rio de Flag flood control project, but that does not mean they will not be paying for it.

The Flagstaff City Council directed city staff not to pursue a ballot question asking for a sales tax, but said they would like to see options for raising the stormwater fee, which does not require voter approval.

If the council decides to fund its portion of the project entirely from the stormwater fee over the course of seven years, which was the time frame suggested by city staff, the additional cost would be $166 per year for the average residence, Management Services Director Rick Tadder told the council. Over the course of the seven years of the fee, the total impact to the average residence would be $1,162 and the fee would raise $36 million for the city for the project.

Councilmembers asked city staff to bring back options of different time frames for the stormwater fee to see how much it would cost residents over different lengths of time. Acting City Manager Barbara Goodrich said she would have staff members research the impact of spreading the fee over seven, 10, 12 and 14 years.

Stormwater fees are paid based on Equivalent Rate Units (ERUs) which are calculates by the square footage of impervious surface on a property. One ERU is 1,500 square feet of impervious surface, which can include buildings, pavement, compacted gravel surfaces, decks, patios, rooftops, sidewalks and other surfaces that prevent or significantly impede the natural infiltration of stormwater into the soil. Residential properties can be charged for a maximum of five units, but there is no maximum for commercial properties.

An average single-family home has three ERUs, and the entire city has about 93,000 ERUs, Tadder said. To fully fund the city’s portion of the project, which is supposed to be supplemented by the Army Corps of Engineers, the fee would need to increase $4.61 per ERU.

In December, the council voted to raise the stormwater fee to $2.26 per ERU to pay for several short-term capital projects as well as the city’s portion of the Rio de Flag design work.

If the city had chosen to ask the voters to approve a sales tax, the tax would have lasted seven years and would have had an annual impact of $38 to an average family of four making between $60,000 and $70,000, Tadder told the council.

However, the council seemed in agreement that a sales tax was not the right mechanism for the funding.

“I don’t think a sales tax at this particular time is the way to get the project done,” Mayor Coral Evans said. “We don’t even have 100 percent design yet, and we have a large percentage of the community that doesn’t fully understand the issue.”

Evans said many in the community do not know what the effects of a 100- or 500-year flood would be on the city, and therefore might not think it is important enough to vote in favor of a sales tax.

She suggested the city could start to save money for the project, and then later could decide to ask voters to match it with a sales tax.

“I don’t think it would be a good idea to shock the people receiving the bill with such a high amount,” he said.

Councilman Jim McCarthy agreed that if the city did not add the sales tax it should increase the fee, but said if the fee does not collect the target amount in seven years, and the Army Corps of Engineers is ready to fund the project, the city will have to use debt financing to pay for the rest of it. Other councilmembers at the meeting voiced opposition to debt financing.

Councilwoman Celia Barotz said she would have to “believe in miracles” to think the Army Corps of Engineers would receive the funding for the Rio de Flag project anytime soon, and she was not too concerned that the city would need to come up with the money within seven years.

City staff will present time frame options for the length of the increased fee at a future meeting.

Flagstaff voters may be asked to tax themselves in November to pay for the city’s $36 million portion of the Rio de Flag Flood Control Project.

After storms earlier in the month, the Rio De Flag gains a layer of ice while the adjacent trail is covered by a thin blanket of snow.

The Rio De Flag is covered by a thin blanket of snow and dried plants directly south of Francis Short Pond.

Ice and snow begin to fill the Rio de Flag in downtown Flagstaff after storms earlier this month.