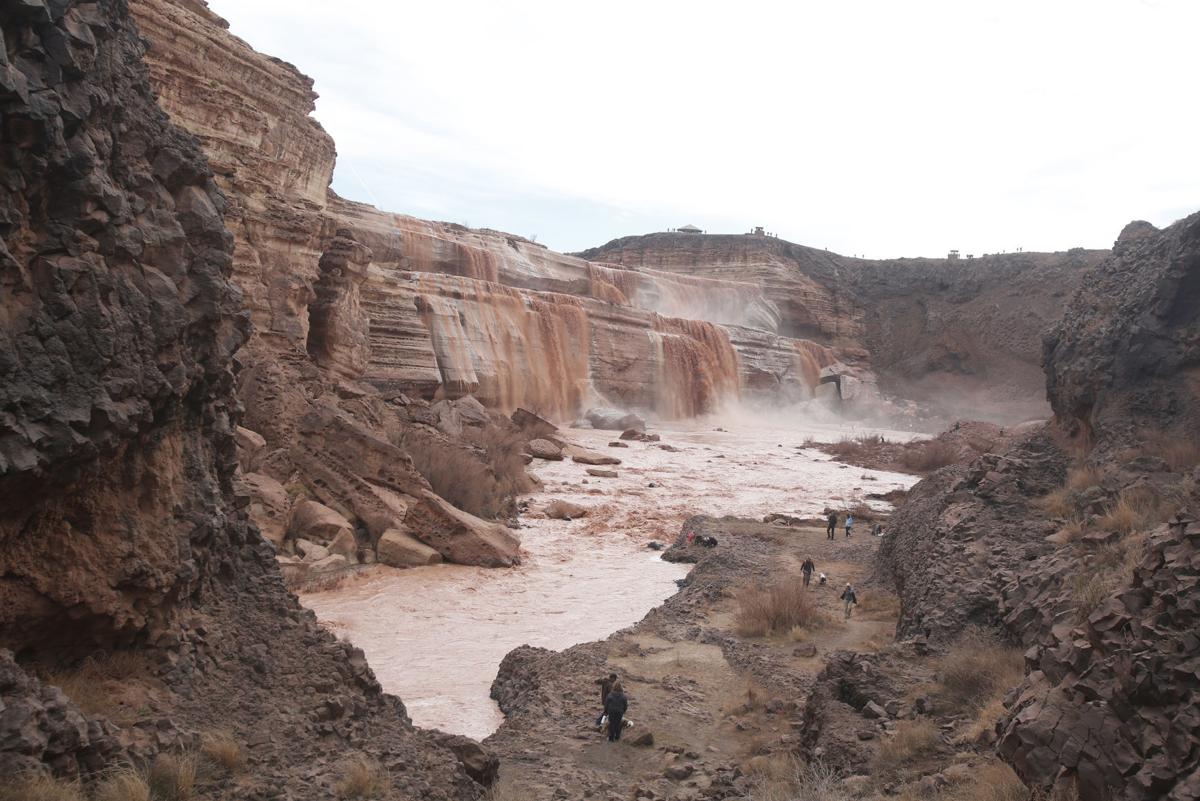 The Little Colorado River is the center of controversy over proposed dams. 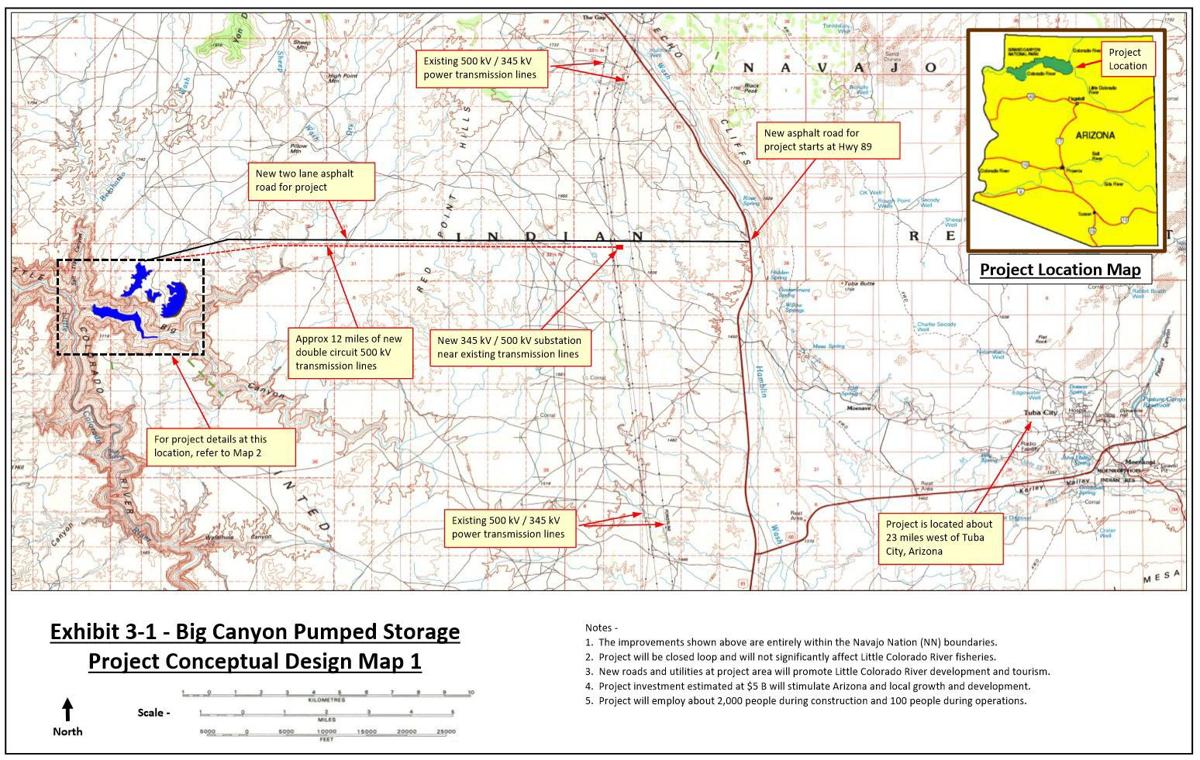 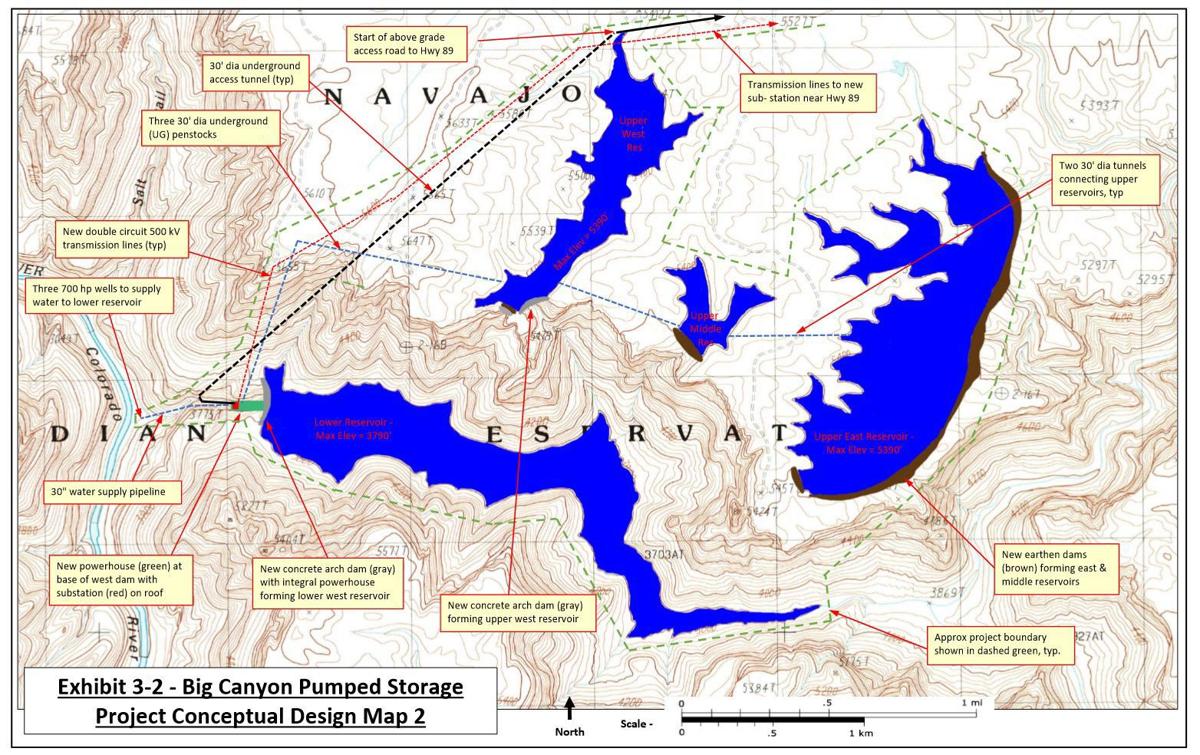 A federal agency has approved two permits for a hydroelectric dam developer to study the Little Colorado River located on Navajo Nation for their applications to build up to four dams.

However, in early March the same developer, Pumped Hydro Storage, submitted a third groundwater dam application in Big Canyon, which is a dry canyon attached to the Little Colorado River. The Federal Energy Regulation Commission (FERC) has yet to accept the application for Big Canyon, according to Pumped Hydro.

The first two dam projects on the Little Colorado River caused significant backlash from Native American tribes and environmentalists in 2019. The preliminary permits would not allow Pumped Hydro to begin building anytime soon, but would only allow them to begin studying whether the site is feasible for their pending hydroelectric dam projects.

The developer's Little Colorado River applications ask for a total of four dams that could hold thousands of acre-feet of water and would create and store electricity. The electricity would connect with the Moenkopi switchyard near Cameron through a 22-mile-long, 500-kilovolt transmission line.

The Little Colorado River is known to many for its light-blue colored water that feeds into the Colorado River above the Grand Canyon National Park land at the confluence.

Environmentalists heavily oppose the dams because they were located on critical habitat for the threatened humpback chub. The chub was recently downgraded on the list of species from endangered to threatened in part because of their recovery within the Little Colorado River.

The river is considered sacred to several Native American tribes that objected to the project. The Arizona Daily Sun reached out to leaders and offices of the Navajo Nation and Hopi Tribe who did not respond for comment avid the severe outbreak of COVID-19.

Roger Clark, Grand Canyon program director at the Grand Canyon Trust, said he felt the permit was inappropriate given the large opposition.

“We knew FERC rarely rejects preliminary permits like this,” Clark said. “We thought if there might be an exception to approving the application, this would be it.”

While issuing the preliminary permits, FERC said the groups who voiced their concerns about impacts to endangered species and tribal lands were done “premature” and could be filed again at a later date.

Steve Irwin, the applicant of Pumped Hydro Storage, was also surprised to hear the company’s first two permits were accepted. He figured FERC would put the Big Canyon application out for a public comment before accepting the Little Colorado River applications. He said the company submitted the third application hoping to calm opposition to the company's proposals.

“Only one of these projects is going to go there,” Irwin said. “We tailored the new one to get it out of the Little Colorado to avoid all of the aquatic issues by putting the lower reservoirs in a dry canyon.”

FERC officials did not respond to requests for comment before press time.

The Big Canyon application could create four dams and draw upon groundwater for its reservoirs.

Big Canyon is known to be dry throughout most of the year, excluding flooding during heavy rain. The project recommends building a two-lane asphalt road connecting Highway 89 north of Tuba City to Big Canyon. Big Canyon is connected to the Little Colorado River and located 23 miles away from Tuba City.

Clark said he was still reviewing the specifics of the project after recently learning of the Big Canyon application, but was shocked that the Big Canyon proposal had as many dams as the first two permits combined. His main concern was whether pumping groundwater would impact the Little Colorado River reserves, which are largely unmapped.

“Whether it’s impeding the main stem of Colorado or taking it from groundwater that feeds the Little Colorado, it’s still a risk altering that natural river course and harming the biological and cultural resources,” Clark said.

“We thought if we do that we don’t lose that much power, and we solve the fish issue, then let's do it.” Irwin said.

FERC has not accepted the application, according to Irwin. If the agency accepts it, the public will have a 60-day window to submit comments.

The Little Colorado River is the center of controversy over proposed dams.