Watch now: Trump and Biden square off in their first presidential debate 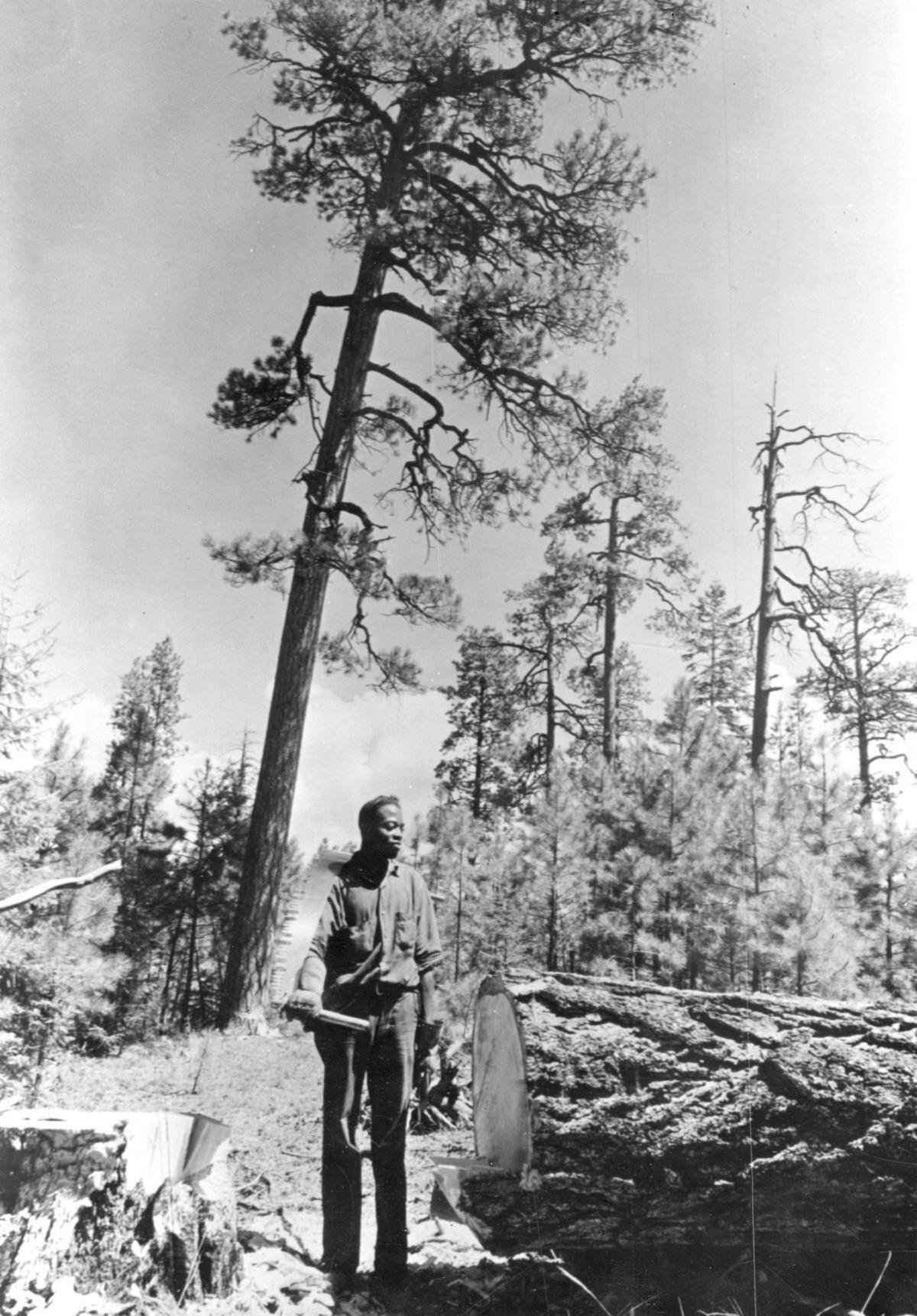 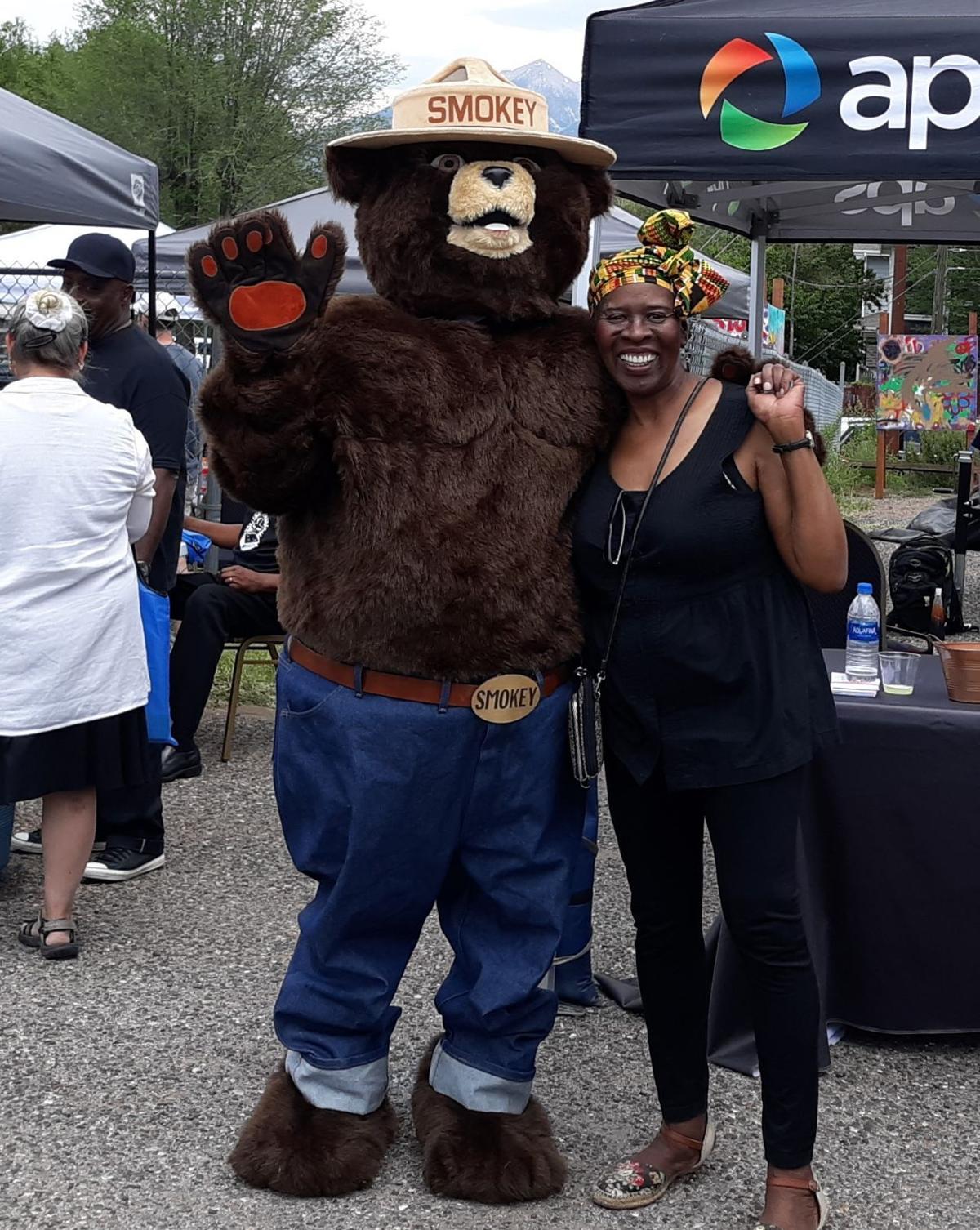 Deborah Harris, director of the Southside Community Association, celebrates Juneteenth 2019 with Smokey Bear at the Murdoch Community Center in Flagstaff. 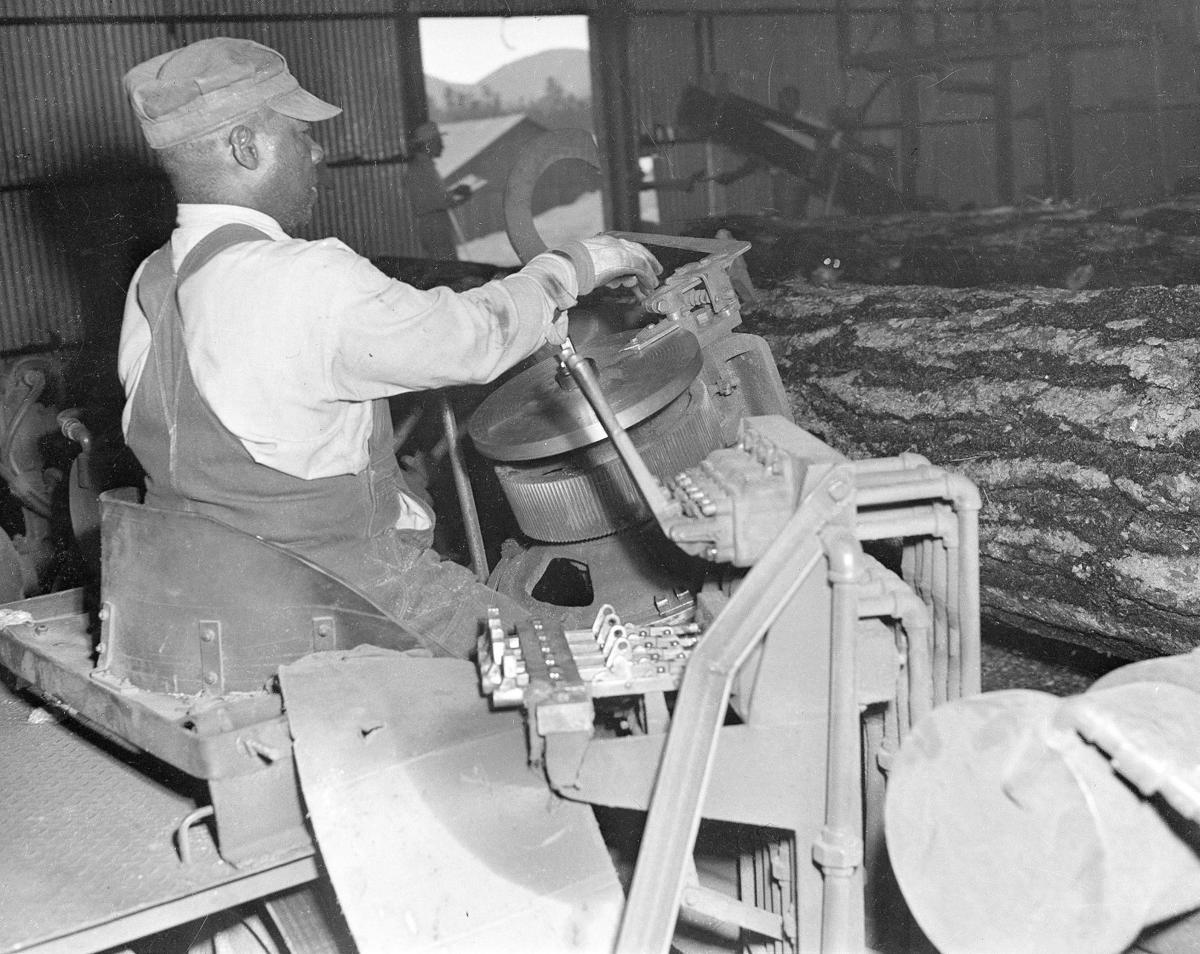 A Black employee operates an automated saw at the Southwest Lumber Company sawmill in 1947.

Recent news events and efforts like the 1619 Project by the New Times Magazine last year have renewed interest in understanding aspects of African American history slighted or not taught at all in public schools. Oftentimes the only Black history most people learn focuses on the South and the legacy of slavery, or the subsequent diaspora of Black people to northern cities to escape Jim Crow laws and seek economic opportunities in big cities.

In other words, for those of us who live in Arizona, it may seem like Black history is something that happened in other parts of the country. I am proud to tell you that Arizona has a unique Black history of its own that in recent years local museums have installed displays on the subject. The topic has become the focus of local historians such as Bernard Wilson and Jack Reid, who seek to reveal the hidden Black history in our own backyards.

Two freed Blacks were first enumerated in an early 1860s Arizona Territory census, and, following the issuance of the 1863 Emancipation Proclamation, Black people made their way west to Arizona seeking economic opportunities and to take advantage of the 1862 Homesteading Act.

Historian Bernard Wilson in 2007 self-published "The Black Residents of Tucson and Their Achievement, 1860–1900, A Reference Guide," which shows how early Black Arizonans in Tucson ranged from real estate entrepreneurs like Samuel Bostick, business owners, barbers, labors, domestics and in the case of Hannah and Wiley Box, copper mine developers. This book is available at Cline Library Special Collections or from Mr. Wilson via the Arizona History Museum in Tucson.

The U.S. Colored Troupes (USCT) were established in 1866 and formed 1/5 of the peacetime territorial military force; they were tasked with keeping tribes on reservations and were instrumental in conducting railway surveys and telegraph installations. Dubbed "Buffalo Soldiers" by Comanche warriors, the USCT served at military forts throughout Arizona from the early 1880s until the units were disbanded post-WWII. These forts included Fort Whipple, Fort Verde, Fort McDowell, Camp San Carlos, Fort Thomas, Fort Grant, Fort Bowie and Fort Huachuca. History museums at Fort Huachuca (south of Tucson), Fort Whipple in Prescott and Fort Verde in the Verde Valley all feature displays and annual events honoring the service of the Black soldiers.

The lumber industry of northern Arizona was another catalyst that brought Black people to our state. Historian Jack Reid, in "The 'Great Migration' in Northern Arizona: Southern Blacks Move to Flagstaff 1940–1960" (Journal of Arizona History, 2014), documented how skilled Black lumber workers from Louisiana, Mississippi and east Texas migrated to northern Arizona beginning in the early 1920s.

After the depletion of the lumber industry in Louisiana, in 1924 the Cady Lumber Company moved to the White Mountains and brought their Black employees with them. This kicked off a steady stream of Black migrant workers into the lumber industry that depended on the forest resources of northern Arizona. Mack Jones, a lumber worker who left Mississippi in 1951, noted, “Well, what you had to think about was you would not be lynched and you get the same wages as a white guy got.”

Once they arrived, however, Black workers found that communities like Flagstaff, Holbrook, Winslow and Williams enforced strong restrictions on the movement of Black people. In Flagstaff this meant only allowing African Americans to live and establish businesses south of the tracks in the area known today as Southside, and the public school system was similarly segregated.

The Murdoch Community Center, off of Benson Avenue near Butler, is all that remains of the Dunbar School that served the Black community of Flagstaff. The Community Center's main hall features displays about Flagstaff’s Black past and most years a Juneteenth Celebration is held there, and open to everyone who wishes to commemorate the emancipation of Black Americans from slavery.

This is just a small slice of a long and illustrious history of Black people in Arizona and their contributions to this state. My hope is that I have offered enough bread crumbs here for others to follow and help to further uncover a truly rich part of our shared history here in Arizona.

Margaret Hangan, originally from Claremont, California, has been the Forest Archaeologist on the Kaibab National Forest for 12 years. She aids the Williams Historic Photo Project: Gateway to Williams History. facebook.com/Williamshistoricphotoproject.

Submit questions for the Ask a Ranger to askaranger@gmail.com.

Margaret Hangan will deliver a open-to-the-public Zoom presentation entitled "Black History in Your Own Backyard" on Aug. 13. Those interested in joining us for her presentation can add their email addresses to our notification list by submitting an "Add me" email to askaranger@gmail.com.

The event will be sponsored by the Coconino and Kaibab national forests.

For similar info on public accessibility of trails and facilities in the Flagstaff-area national monuments, visit:

Arizona Snowbowl is open. Scenic Chairlift tickets should be reserved in advance online at Snowbowl.ski; be prepared for social distancing measures during your visit.

People who know the trails in the Mount Elden, Dry Lake Hills (MEDL) area know they are some of the most beloved places in Flagstaff to get ou…

Deborah Harris, director of the Southside Community Association, celebrates Juneteenth 2019 with Smokey Bear at the Murdoch Community Center in Flagstaff.

A Black employee operates an automated saw at the Southwest Lumber Company sawmill in 1947.