Baldwin, the founding director of NAU’s Center for Health Equity Research (CHER) and a citizen of the Cherokee Nation of Oklahoma, is one of the first Native American woman scholars to serve with NAM as well as the first from NAU.

She has spent 32 years in health research, using community-based participation research (CBPR) to work with a variety of underserved populations on disease prevention and addressing health disparities. Her work as has included projects focused on HIV/AIDS, cancer, diabetes, oral health and Alzheimer’s disease.

Baldwin first came to public health as an undergraduate at the University of Colorado, switching from her plan of medical school after volunteering at the campus health center. With the help of several “wonderful mentors,” she learned about CBPR and community needs research, and found a passion for working with the behavioral health disparities associated with substance abuse.

In part, she said, her focus was also inspired by watching her family members deal with substance-use disorders.

“It was heartbreaking not to be able to help my loved ones more, but I felt that ultimately I could have the most impact by developing community-based interventions that focused on the root causes of these health disparities," she said.

Baldwin added: "By focusing on these social determinants of health, such as access to medical and behavioral health care, quality education and well-paying jobs, reliable transportation and a clean, safe environment, and by respecting and embracing cultural beliefs regarding health and medicine, we can achieve lasting change by working across sectors and partnering closely with communities.”

Baldwin first worked at NAU from 1994 to 2004 before spending a decade at the University of South Florida’s college of public health. In 2015, she returned to NAU to help develop CHER, which works with communities to build the foundations for health and well-being.

“We try to really actively engage community members in their research projects and partnerships, because we believe that really helps empower people to take action and to build lasting change,” Baldwin said.

Current CHER projects Baldwin is involved in include the Culturally Centered Research Training Addictions Program (C-CART, which she co-directs with Ramona Mellott) and COVID-19 studies focusing on the mental well-being of Arizona Indigenous nations as well as vaccine uptake and oral health care for mothers and infants in tribal communities.

She is also the principal investigator for the center's Southwest Health Equity Research Collaborative (SHERC), which works to address health inequities across the Southwest -- with an emphasis on diverse populations.

In October, SHERC was renewed for another $21 million of funding over the next five years. Priorities for the funding include a new leadership development program and focus on translational research, team science and diversity.

Baldwin was one of 100 new members NAM elected in its October meeting.

"This extraordinary class of new members is comprised over exceptional scholars and leaders who have been at the forefront of responding to serious public health challenges, combating social inequities and achieving innovative discoveries," NAM President Victor J. Dzau said in an announcement. "Their expertise will be vital to informing the future and medicine for the benefit of us all."

NAM is one of three national academies, collectively known as the National Academies of Sciences, Engineering and Medicine. Formerly known as the Institute of Medicine, NAM has worked to address health issues and policy across the U.S since 1970.

Baldwin had worked with NAM before becoming a member, serving on the Board of Population Health and Public Health Practice and the Round Table for Health Equity. She later served on other panels and committees, conducting research and helping write two consensus reports (“Opportunities to Improve Opioid Use Disorder and Infectious Disease Services” and “Getting to Zero Alcohol Impaired Driving Fatalities”).

In 2019, CHER and NAM co-hosted a national meeting on the ways the juvenile justice system impacts public health for youth and families of color.

Hearing that she had been elected to join NAM was “incredibly exciting and a tremendous honor,” Baldwin said.

“It makes me feel incredibly appreciated being acknowledged for my work by my peers,” she said. “ ... I’m very grateful to my husband, children, mother, extended family members, friends, colleagues [and] mentors who have supported me so much during my career. It wouldn’t have been possible without them.”

As a member, she said, she's excited to continue serving on committees, creating reports, leading more local workshops and initiatives, and to work more on health policy initiatives. Recent health issues have given her firsthand experience with problems in the health care system, she said as an example.

“[I] discovered firsthand how fragmented our health system is,” she said of the experience. “The coordination of my care completely fell apart, and I was in a very vulnerable and life-threatening situation. I hope that as part of my role I can become more actively involved in serving on some committees that are addressing health care reform in this country, because it’s sorely needed, especially in rural and underserved areas of the United States.”

At NAU, she hopes to continue mentoring “the next generation of health equity researchers.”

“I am a strong advocate that one of the best ways to arm, so to speak, communities, and to address public health issues is that you have to build a cadre of scholars and practitioners with the knowledge, skills and confidence to address those issues in their communities,” she said. “I hope I can continue to play a major role in mentoring here at NAU and open up doors for more women and people of color to enter the fields of population health research and public health practice to serve as leaders in their communities and on a national level.”

More about NAU’s Center for Health Equity Research can be found at nau.edu/cher.

Flagstaff schools, including FUSD, FJA, FALA and NPA, will have a two-hour delayed start on Monday, Jan. 23 in response to winter weather.

FUSD and other K-12 schools in Flagstaff will be closed Friday due to the weather, while CCC will have a delayed start.

Flagstaff Unified School District announced Sunday evening that it would be on a two-hour delayed start Jan. 2 due to winter weather.

Feeder boxes created by students will be traveling to the Galapagos Islands to help reduce invasive species populations.

While the snow has caused transportation problems for some students, NAU's campus was full Thursday for the start of the spring semester, originally planned for Tuesday.

Abell is making a goal a reality with the help of scholarships she has received.

Flagstaff Unified School District (FUSD) announced Tuesday afternoon that its schools would be continue to be closed Wednesday, Jan. 18, in re…

The Philippines, top provider of nurses, face a shortage at home

The Philippines, top provider of nurses, face a shortage at home

An ‘Independent’ party could dominate American politics, according to study

An ‘Independent’ party could dominate American politics, according to study

Russian attacks around the Ukrainian town of Vuhledar

Russian attacks around the Ukrainian town of Vuhledar 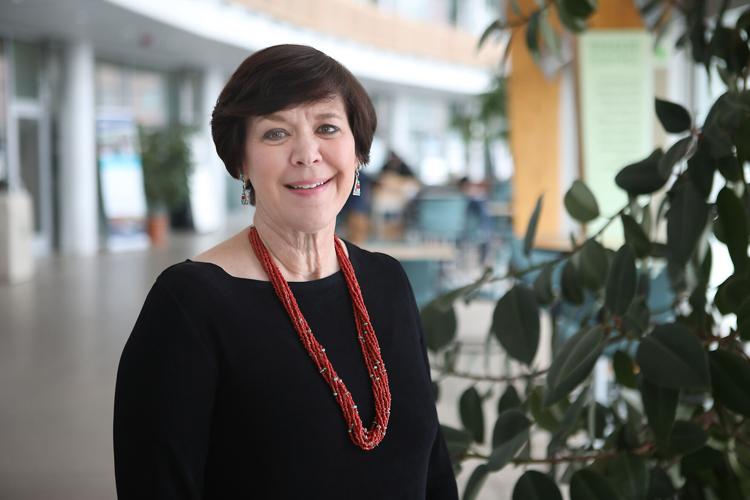 Northern Arizona University professor Julie Baldwin has been elected to the National Academy of Medicine. 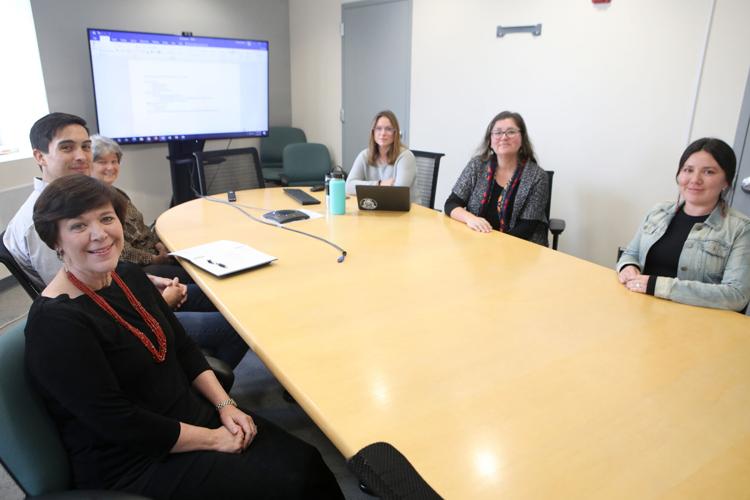 Northern Arizona University professor Julie Baldwin, left, has been elected to the National Academy of Medicine. Baldwin is sitting with staff of the Center for Health Equity Research.