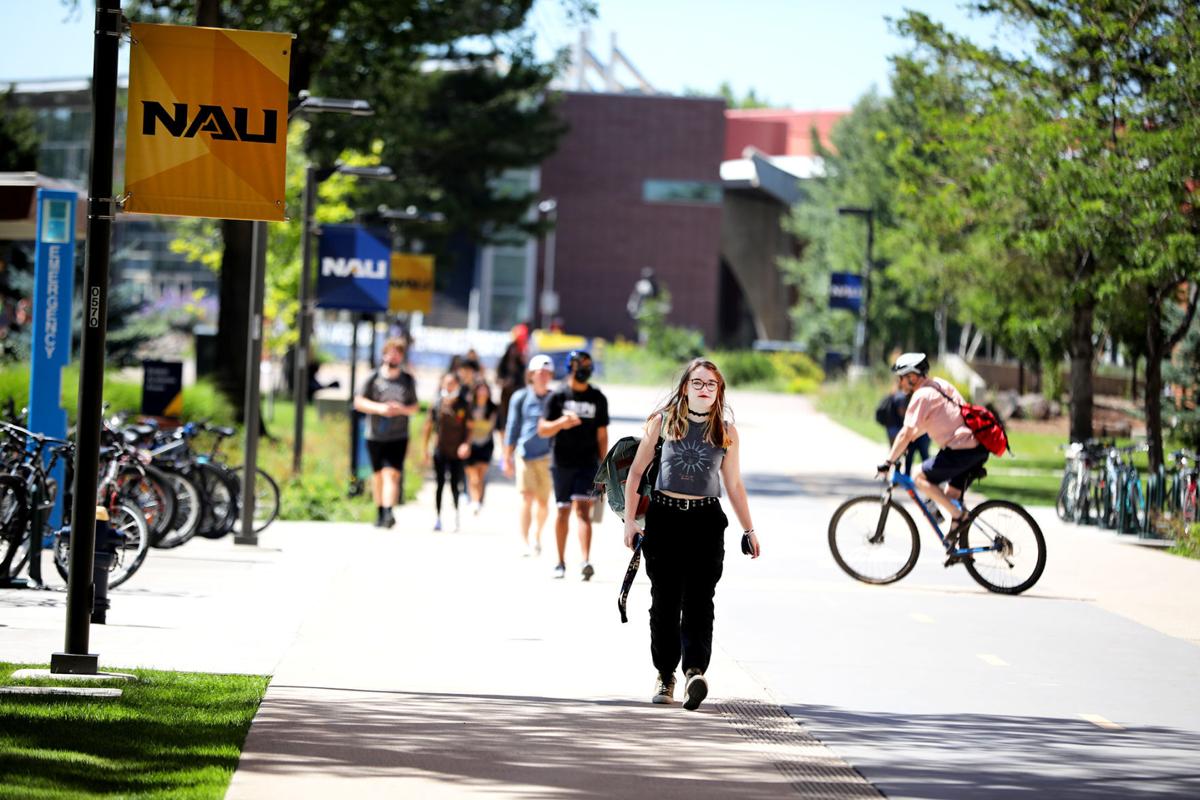 Freshman Emma Rice walks between classes on the pedway at Northern Arizona University Monday morning on the first day of the fall semester. 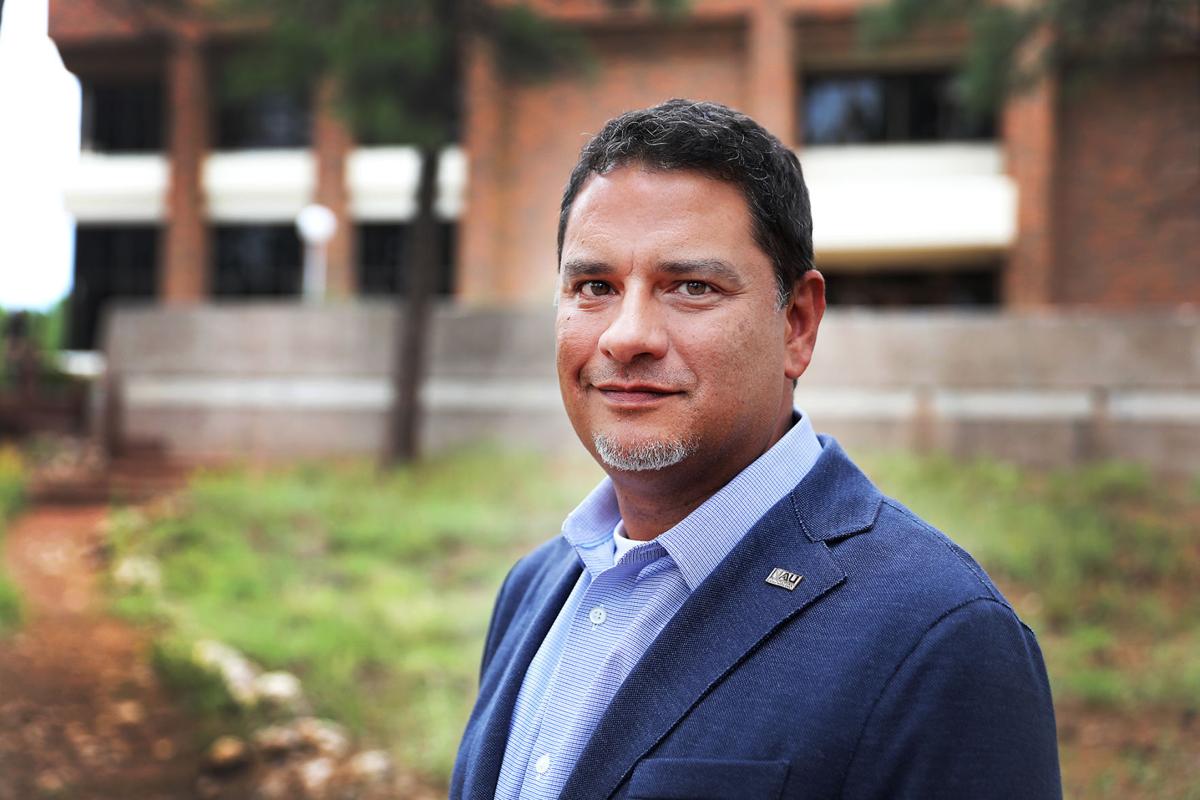 The university is developing a 2022-2025 Strategic Road Map that it plans to have finalized by early spring  of 2022.

“The greatest challenge facing institutions of higher education today is delivering value to prospective students and the communities they represent,” Cruz Rivera said in the statement. “...I know, from reflecting on the hundreds of conversations I’ve had with the internal and external NAU community in the past several months, that there is an expressed need and desire to differentiate NAU’s role within the state and national higher education landscape and to leverage our distinctive excellence to contribute to a more prosperous Arizona and beyond.”

He said he hoped this plan would help establish NAU as a national leader in providing "equitable post-secondary value" to students and their communities.

The hope is to address these needs through "concrete objectives" and strategies that will be established in the plan.

It is some of the first broader planning Cruz Rivera has announced since beginning his term as NAU's president in early June. Most of the summer was spent developing detailed COVID-19 plans in preparation for the university’s return to in-person learning for the fall semester and in meeting with local communities and leaders.

He had previously said that NAU would focus more on long-term planning and higher-education-specific issues at the university once the fall semester started.

Cruz Rivera said in Wednesday’s statement that they would now be working to develop a three-year strategic framework to “sharpen our focus, organize our work, and pace our efforts, maximizing our ability to deliver on the promise of equitable post-secondary value.”

The plan will focus on six areas that Cruz Rivera had previously listed as priorities for NAU, including academic excellence, “equitable student access” and success in a number of areas, faculty and staff recruitment, retention and development, community engagement and “stewardship of place” as well as of resources.

Cruz Rivera said of a similar list of priorities in July that these are “areas that higher education has always had to tackle, it’s just a different landscape” now because of the COVID-19 pandemic. He said in the statement the school would “provide a strong foundation and cohesive framework for organizing the work ahead.”

The statement set up the challenge as ensuring that NAU provides value to its students, especially after COVID-19.

“While the question regarding whether college is worth the cost predates the pandemic — driven largely by gaps in opportunity, achievement, wages, and completion, as well as challenges of access and affordability — the social, educational, and economic disruptions caused by the pandemic have brought these questions into sharper focus,” Cruz Rivera said. “...We know that higher education does have tremendous value — for individuals, communities and the economy. Unfortunately, that value is not equitably accessible to all.”

While more specifics of what might be in the plan are not yet available, Cruz Rivera plans to develop the road map through a “university-wide conversation.”

He said they will come up with goals and objectives related to each of the six areas, identifying strategies to help meet the targets.

They will also be using NAU’s previous Side by Side 2018-2025 Strategic Plan as well as community-driven efforts to develop the road map. The statement specifically mentioned the diversity strategic plan, the climate action plan and the teaching stream proposal.

NAU hopes to have a draft of the road map completed by the end of the fall semester and have the document reviewed and finalized in early spring of 2022.

Cruz Rivera said in the statement he would continue to provide updates as the process continues and that they will be receiving questions and comments by email.

Freshman Emma Rice walks between classes on the pedway at Northern Arizona University Monday morning on the first day of the fall semester.