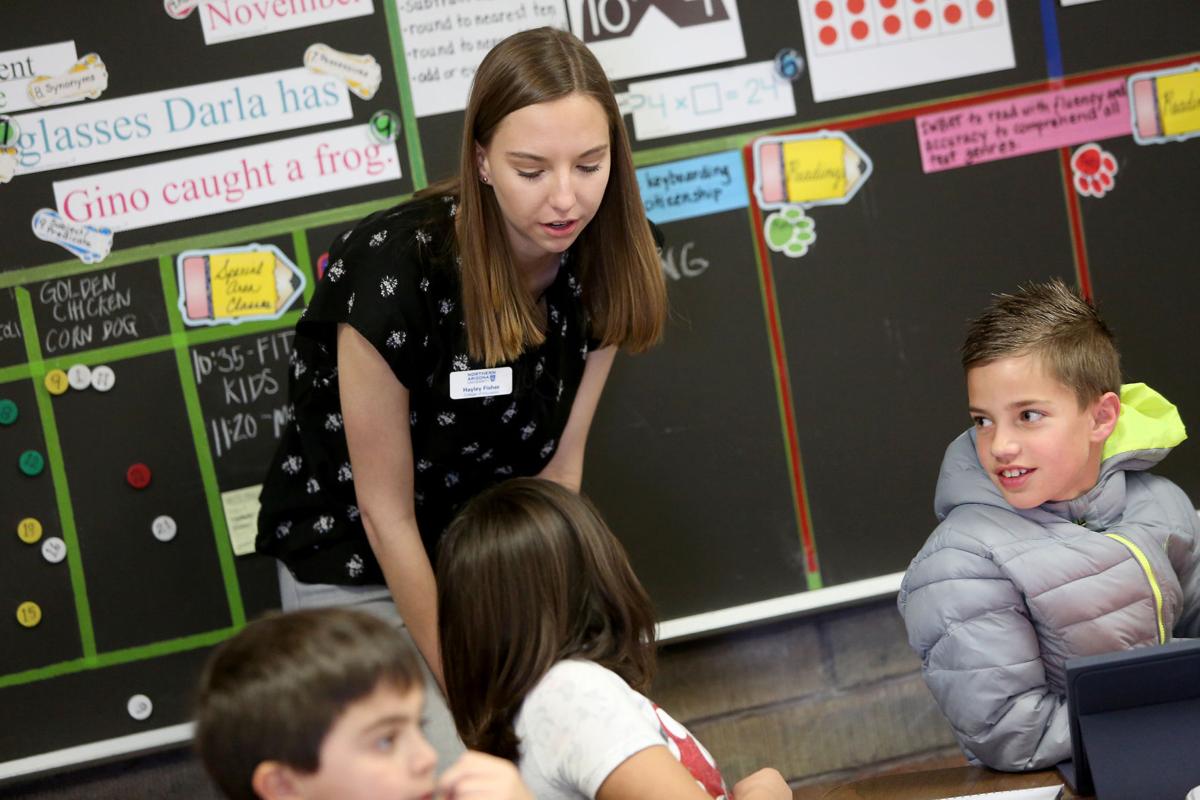 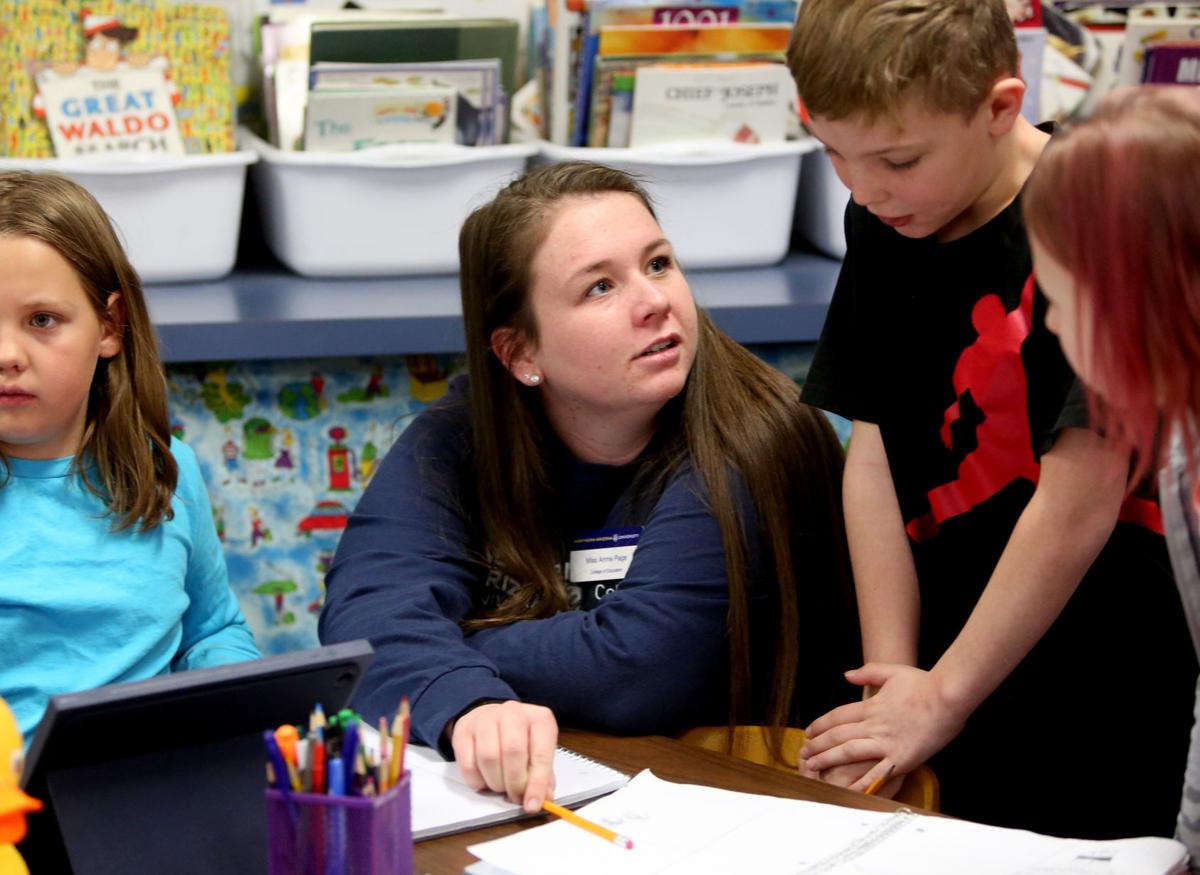 The Arizona K12 Center at Northern Arizona University announced a new program with the Arizona Department of Education (ADE) to help Arizona graduate students become K-12 teachers. The Arizona Teacher Residency program is designed to be similar to a medical residency and will provide training and support to aspiring Arizona teachers.

“Every child deserves a great teacher, so Arizona Teacher Residency will prepare exemplary teachers who care about their students and remain in Arizona classrooms for years to come,” NAU President José Luis Cruz Rivera said Monday in a press conference announcing the program.

In its most recent meeting, the Arizona Board of Regents set at-risk compensation goals for …

The center was awarded a $5 million grant from the ADE using Elementary and Secondary School Emergency Relief (ESSER) funds granted by the federal government in response to COVID-19.

The two-year program will involve “a year of in-school apprenticeship under a supervising teacher,” followed by a year in which the student becomes the teacher-of-record. Both years will also involve graduate coursework and professional learning opportunities. Support from the Arizona K12 Center will also be available to residents, both during the program and after graduation.

Students will receive a living stipend during their residency and a salary in their teaching year, along with scholarship opportunities such as the Arizona Teacher’s Academy. Program graduates will receive a master’s degree from NAU and make a commitment to serve in partner districts for at least three years after their residency.

Arizona Teacher Residency will be accepting applications this winter, and the first year of the program will begin with a two-week institute in the summer of 2022.

The program is currently partnering with Title One elementary schools in the Phoenix area, with the hope to eventually expand to high schools and more rural areas. Title One refers to schools that have “high percentages of children from low-income families,” according to the U.S. Department of Education.

Arizona Superintendent of Public Instruction Kathy Hoffman said the program was meant to attract new people to the profession rather than competing with existing programs in the state. She gave examples of non-education majors and people “looking to switch careers or re-enter the workforce.”

The program was created to respond to Arizona's teacher shortage and high turnover. Several speakers at the conference mentioned ways it would begin to address these issues.

“It is no secret that Arizona’s severe and persistent teacher shortage is one of the worst in the nation. ...We can talk all day of ways to recover academically from the effects of the pandemic, but without experienced educators to support them, those efforts will be hampered,” Hoffman said.

According to the ADE report, 5% of teachers with full-time positions in Arizona were “international teachers, emergency certified teachers, emergency substitutes [or] long-term substitutes.” It also found a drop in years of experience per teacher a few years after graduation, indicating a tendency for “individuals [to] leave the profession early in their careers.”

Hoffman said the residency was one of many strategies ADE was using to address the shortage, including investments in teacher mentoring, educator preparation programs and establishing an educator recruitment and retention team.

She said education residencies “have a strong track record of advancing teacher retention and student achievement.”

NAU’s release cited the Learning Policy Institute, which found that 70% to 80% of graduates were still teaching five years after their residency.

Kathy Wiebke, the executive director of the Arizona K12 Center, also said that teachers tend to stay in the profession longer when they had mentorship and professional learning opportunities and regular interaction with administrators and peers.

Cruz Rivera cited NAU’s origin as a teacher’s college as an example of its dedication to Arizona educators.

“We have a long history of preparing excellent teachers who are not only the best at ensuring that our students get the education that they need, but we also are very much committed to ensuring that through their efforts they [reduce] educational inequities and eliminate opportunity gaps,” he said.

He also said residency programs would help recruit teachers who “reflect and understand the students they serve.”

Women make up 76% of Arizona teachers, according to the report.

The Learning Policy Institute found that 62% of residents with the National Center for Teacher Residencies identified as people of color, compared to 20% of teachers nationwide.

“This program takes a big step toward addressing the diversity gap in teaching,” Wiebke said. “...We know students gain more confidence and do better academically when they have teachers that look like them.”

She credited Arizona Teacher Residency’s founding director, Victoria Theisen-Homer, as influential in the program's creation and said that while the program is not a quick fix to the problems facing Arizona’s teacher workforce, it is the right step.

“Quick fixes...rarely have a lasting impact,” she said. “I’ve wanted a teaching residency in this state for over 10 years because I believe it has the potential to transform the teaching profession…. What excites me the most is knowing the impact this program will have on Arizona students and families.”