Throughout the week, the students worked in groups to develop broadcast news stories focused on themes of health and Native American culture. In addition to a series of lessons, they came up with story ideas, contacted sources and worked through the process of writing, filming and editing a final broadcast.

The program has taken place annually (with a pandemic gap) since 2012. It is named for Andy Harvey, a Native American journalist who was a graduate of NAU and worked for KPNX 12 News in Phoenix.

“Harvey had a vision of encouraging a younger generation of Native American students to be the next storytellers of their communities,” according to an NAU announcement of the program. “This workshop honors his vision.”

The workshop culminated in a news broadcast held in the Native American Cultural Center for the students' families. They also received certificates and media equipment at the end of the workshop: this year, a mini drone and handheld tripod.

On Tuesday, the students heard a lecture on story structure, then joined with their groups to rotate through tasks like brainstorming story angles, calling sources and audio training before heading outside to practice camerawork.

One student, Carnell Manson, said he hadn’t done much in media before attending the workshop and wasn’t sure whether he would try to do more work in the field.

Overall, however, he said the program was “going pretty good.” Among the things he’d learned was a new photography technique.

Student Kionna Marks was researching a STAR school project refurbishing a bus to be able to filter water. She said she chose the project because some of her family members were involved in water use projects.

She also hadn’t spent much time in media, though said she had family who worked in news -- which added some interest. What most excited her about the camp, though, was the chance to spend time at NAU.

“It piqued my interest when they said we were going to be able to walk around campus [and] learn about college,” she said.

Benally said he enjoyed the Native American focus of the workshop and the chance to help the students gain experience.

“On the reservation, they don’t have the equipment to service 30 kids, so if they come here, we can service them,” he said. “Then I can give my experience and my knowledge to them, and they can go out and they can make their own stuff.”

He also said he liked getting to know the students. The instructors played games with them at the end of the days, similar to other overnight camp experiences.

After attending the program twice in high school, Shawn Hongeva has been involved as a mentor for the past four years.

News “was an interest, but it wasn’t something I’d considered doing” before the program, he said. “So [the workshop] was a nice door of opportunity that opened up.”

He said he had “really loved” the workshop as a student and when one of the program’s leaders, Paul Helford, reached out to see if he’d be interested in mentoring, said yes.

“It’s definitely an interesting position,” Hongeva said of being a teacher in a program he'd attended. “When you’re a camper, you’re absorbing all this information. Coming back and actually teaching, it’s like, I can see myself in their shoes. … It almost feels like you’re teaching a younger sibling.”

More about the workshop can be found at nau.edu/communication/native-american-broadcast-workshop.

Wednesday will be the start of the school year for kids across Flagstaff, including at Flagstaff Unified School District (FUSD). For those att…

FUSD has continued making its flood mitigation plans in preparation for the first day of school.

Teachers, families and community members gathered in front of Killip Elementary on Tuesday morning for the grand opening of its new school building.

School started again for students across Flagstaff this week, looking a little more like pre-pandemic years.

Flagstaff families started school this week, with K-12 schools around the city welcoming students back for another year of learning.

A Northern Arizona University researcher is in the process of developing a feedback tool to help second-language learners with their pronunciation.

Flagstaff Youth Riders (FLYRS) has hosted its final week of camps for the summer, with kids between the ages of 2 and 13 practicing their trai…

Northern Arizona University has selected Canvas as its new learning management system (LMS). It has begun the implementation process and will … 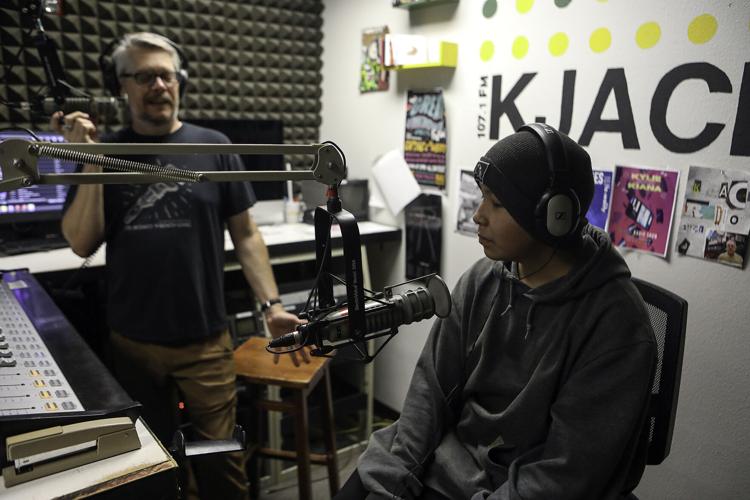 Daven Begaye is interviewed live on-air by Todd Birch Wednesday afternoon at NAU's KJACK Radio studio, part of the school's Indigenous Youth Media Workshop during which high school students are invited to live on campus for a week and learn to use cameras, conduct interviews, and work radio and news broadcasts. 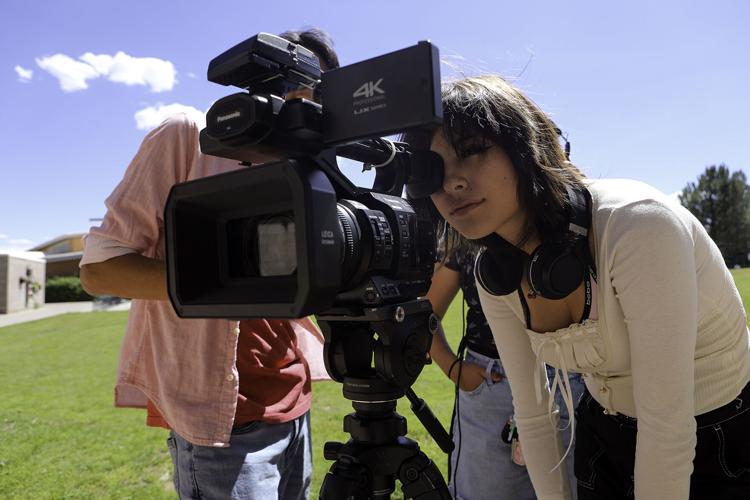 Daisha Keyonnie looks through the viewfinder of a video camera Wednesday afternoon outside of the communications building at Northern Arizona University while doing work as part of the school's Indigenous Youth Media Workshop during which high school students are invited to live on campus for a week and learn to use cameras, conduct interviews, and work radio and news broadcasts. 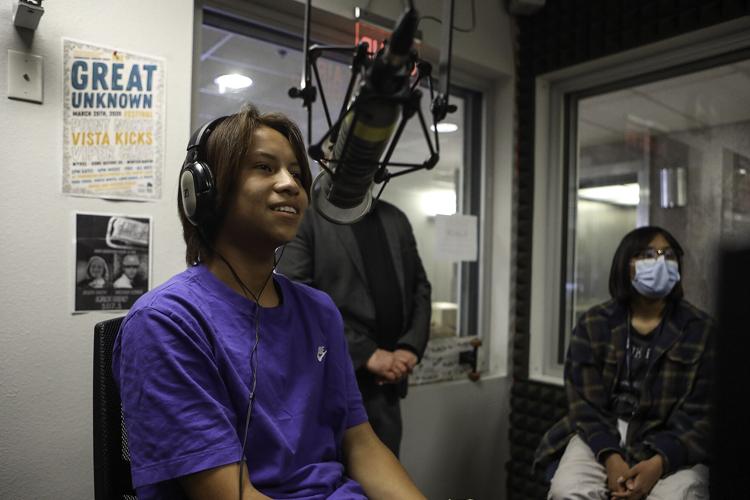 James Arnold is interviewed live on-air Wednesday afternoon at NAU's KJACK Radio studio as part of the school's Indigenous Youth Media Workshop during which high school students are invited to live on campus for a week and learn to use cameras, conduct interviews, and work radio and news broadcasts.