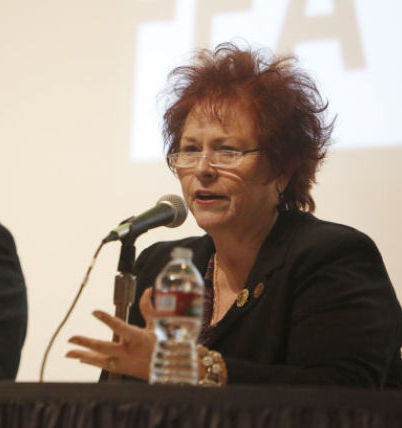 Arizona State Sen. Sylvia Allen, R-Snowflake, attends a recent education town hall at Northern Arizona University. Allen has had to defend a bill she introduced to the state legislature this spring because of its ties to her son-in-law, a former detention officer at the Navajo County Jail who was investigated for inappropriate sexual behavior while on the job. 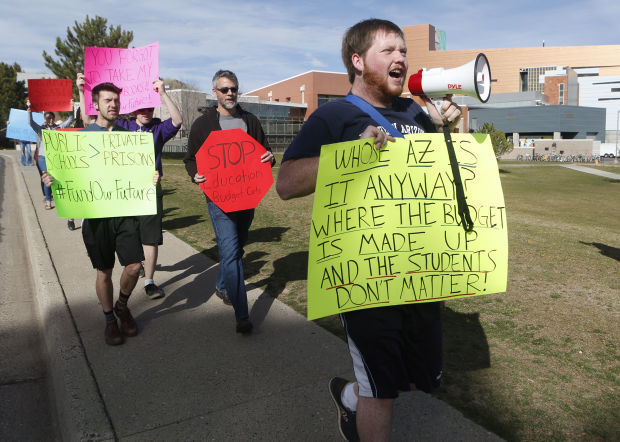 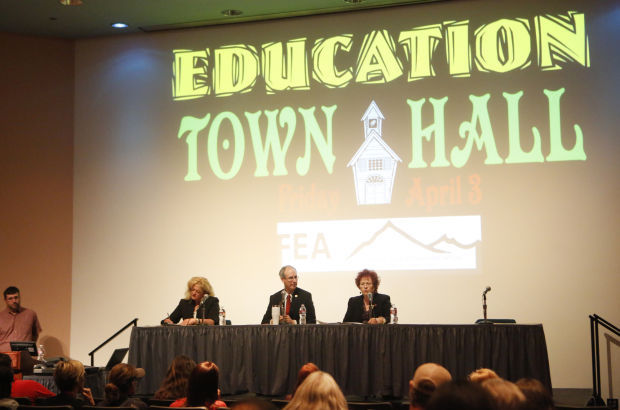 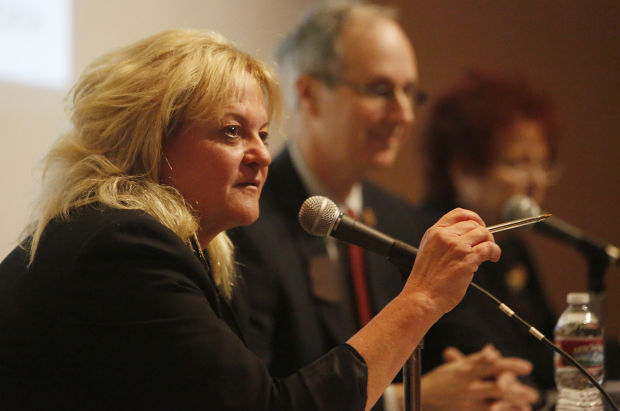 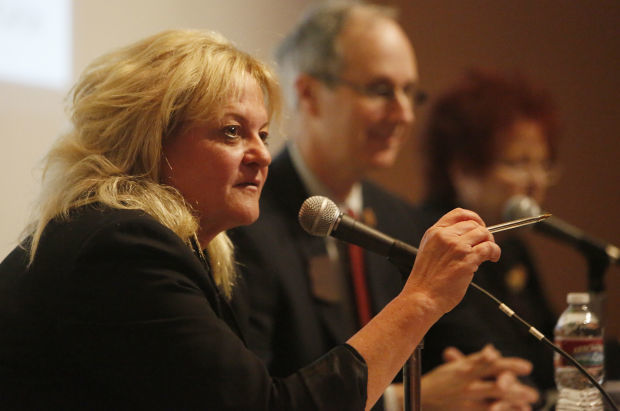 A town hall meeting on education funding turned nasty Friday afternoon as one of the state lawmakers on the panel lost her patience with hecklers in the audience.

Allen and Thorpe characterized the cuts as an unfortunate but necessary way to fix Arizona’s structural deficit during a series of questions posed by moderator and Flagstaff High School science teacher Jeff Taylor, who was named the Arizona Education Foundation's Ambassador for Excellence for 2015.

“(Of) the $9 billion budget that the Legislature has to work with, approximately 52 percent of that goes to education,” said Thorpe, who chairs the House Higher Education and Workforce Development Committee. “I wish we had more money to work with but those are the constraints that we’re dealing with.”

Hickman, on the other hand, got thunderous applause by challenging that stance.

“I am troubled, however, when we have conversations about revenue with a governor that, quite frankly, at the very first moment of his election said, ‘I will not raise any taxes,'" Hickman said. "I don’t know how we raise revenue (without raising taxes).”

The crowd also responded positively when she said multiple choice standardized tests are not the best way to prepare students for success, particularly in STEM subjects.

Audience members were invited to ask the panel members questions during the second half of the meeting. The questions came from teachers, NAU students and faculty, high school students, parents and other Flagstaff residents.

But many of those questions were actually thinly veiled criticisms of Thorpe and Allen’s well-documented opposition to raising corporate taxes. At times, audience members shouted “raise taxes” and snickered or groaned at Thorpe and Allen’s claims that lower taxes would fix Arizona’s economic woes by attracting businesses.

So when an FUSD parent walked up to the microphone, decried how college tuition rates in Arizona have increased 80 percent in the past five years, and criticized Thorpe and Allen for providing tax cuts to corporations, Allen snapped.

The crowd gasped but Allen was not finished.

Allen also took a few jabs at NAU and the Arizona Board of Regents by telling students they should ask NAU administrators where they are spending money. At one point, she implied NAU spends its funds on cars and credit cards.

Meanwhile, Thorpe said he would encourage Governor Doug Ducey to put additional money into education if Arizona exceeds its revenue projections in the future. He also suggested the state could fix part of its budget shortfall by charging the federal government higher property taxes for federally owned land.

There were a few times when there appeared to be some room for the two sides to come together. Allen said several times that if someone were to draw up a plan showing exactly how much education funding they wanted the state to provide and how much they wanted taxes to increase to meet that funding goal, she would bring it to the Legislature.

One FUSD parent suggested that Arizona should spend $14,000 per student at the K-12 level. According to the Arizona State Auditor General’s report, Arizona spent just $7,578 per student during 2013-14.

Thorpe responded by saying that would cost the state $14.1 billion.

“What we’re talking about is $10 billion that the legislature currently doesn’t have if we wanted to fund education at $14,000 per student,” Thorpe said. “Those are the challenges that we have.”

“You want me to go after other people’s money because you think it justifies (it) because we’re going to give it to kids for their education. It would have to be done very carefully because, you know, go look up socialist countries.”

Two Flagstaff students have been named Flinn Scholars for 2022 recently.

FUSD to open preschools at Killip and Thomas Elementaries

Flagstaff Unified School District (FUSD) will be opening new preschools at two of its elementary schools in the 2022-2023 school year.

A group of graduate students at Northern Arizona University (NAU) are trying to raise awareness for Better Hearing and Speech Month (BHSM) in May.

On Saturday, Northern Arizona University (NAU) alumni who graduated virtually due to the pandemic will have their chance to walk the Skydome stage.

Owen Murphy will be graduating from NAU on Saturday with a bachelor’s degree in mechanical engineering. He has spent his time on campus workin…

Gunman kills 10 in ‘racially motivated’ shooting in Buffalo, US

Arizona State Sen. Sylvia Allen, R-Snowflake, attends a recent education town hall at Northern Arizona University. Allen has had to defend a bill she introduced to the state legislature this spring because of its ties to her son-in-law, a former detention officer at the Navajo County Jail who was investigated for inappropriate sexual behavior while on the job. 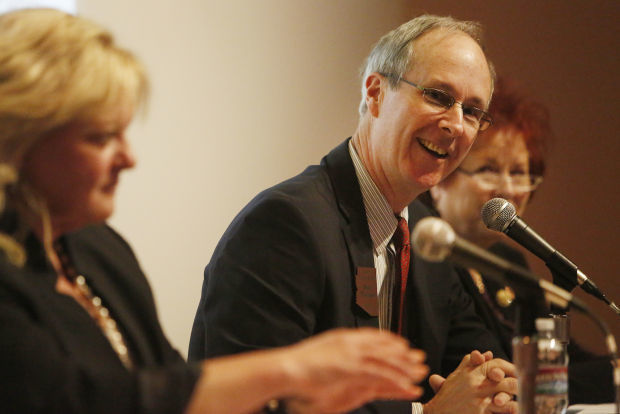 Arizona State Rep. Bob Thorpe, R-Flagstaff, center, talks during a town hall meeting in 2015. Thorpe is running for reelection in the Legislative District 6 House race. Two other Republicans are in the race, triggering a primary.