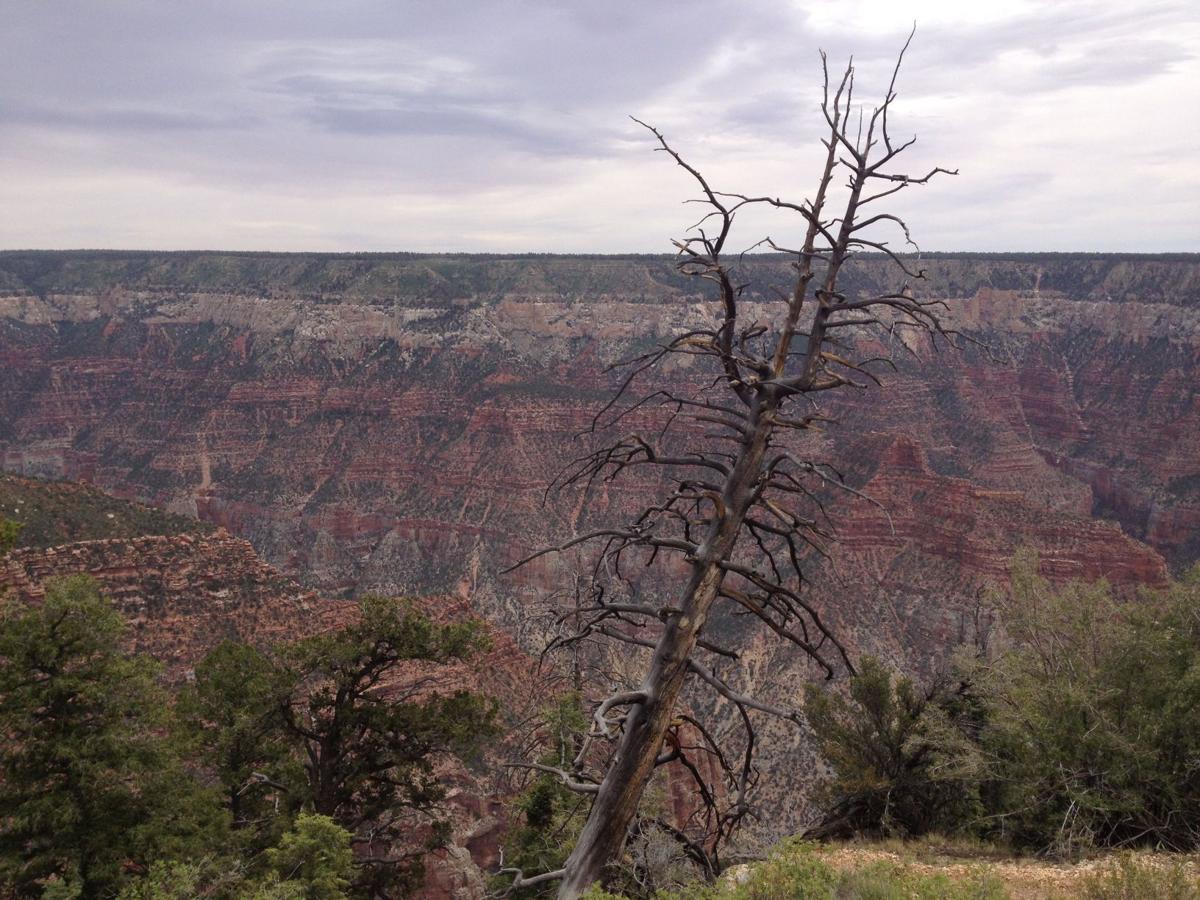 A drought-stressed tree stands on the edge of the Grand Canyon. Three Northern Arizona University researchers contributed to a new study about drought's lasting impact on tree growth. 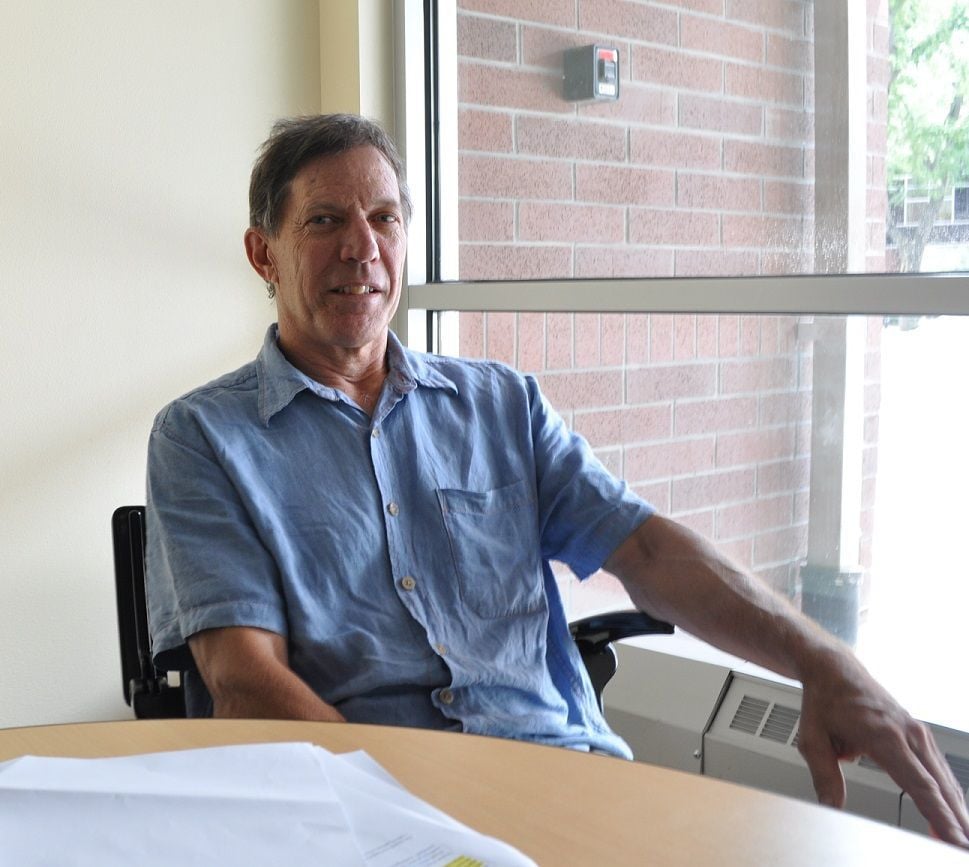 George Koch, a professor in Northern Arizona University's Center for Ecosystem Science and Society, is one of the co-authors of a new study about drought's lasting impact on the growth rate of trees.

The sight of drought-stricken trees, their wiry frames bare of leaves or needles, is hardly rare in the forests around Flagstaff. While these victims are highly visible signs of dry, hot years, drought has lasting effects on living trees as well, according to a new study published this week in Science.

Three Northern Arizona University researchers contributed to the study, which looks at the legacy impacts of drought on trees. It turns out that many trees, including those in semi-arid ecosystems like northern Arizona, take a while to return to their normal growth patterns after a drought. Using tree ring data from more than 1,300 forest sites across the globe, the study found that surviving trees take an average of two to four years to recover and resume their normal growth rates after a dry spell ends.

The fact that trees don’t immediately bounce back when precipitation returns has important implications for the models making predictions about the accumulation of manmade greenhouse gases in the atmosphere and the future of the world's climate.

Trees play a major role in removing carbon dioxide from the air, each year soaking up about one-quarter of the carbon dioxide emitted by humans. But if their growth is temporarily stunted and the rate of photosynthesis reduced, that means the trees aren’t capable of storing as much carbon as climate models have calculated.

"Right now those models...are kind of underestimating the impacts of drought," said George Koch, a professor at NAU's Center for Ecosystem Science and Society and one of the co-authors of the study. "We're hoping one of the impacts of this study is it will improve the models of how we understand the likely future."

The researchers estimated that over a century, drought-related growth delay in forests would cause the carbon storage capacity in semi-arid ecosystems alone to drop by about 1.6 metric gigatons. That's an amount greater than the total energy-related carbon emissions produced by the United States in one year.

And that also is probably a conservative estimate, lead author William Anderegg, an assistant professor of biology at the University of Utah, said in an interview.

Semi-arid ecosystems are only one biome, and the study found that the decline in trees' carbon sequestration capacity occurred across many biomes in the northern hemisphere, many of which store more carbon than semi-arid forests, Anderegg said.

The study also didn't touch on tropical forests, though other research has indicated that drought has lasting, prolonged impacts on those trees as well, he said.

Koch also noted that as the Earth’s temperature warms, droughts in the Southwest are likely to become more frequent and more severe. As that happens the periods of slowed growth in trees will start to overlap, compounding the effect.

“Those legacy effects we saw following past droughts are likely to be more prevalent in future,” he said.

Researchers have come up with several explanations for the trees' delayed recovery.

One hypothesis is that because many trees' survival mechanism is to shed or lose their leaves or needles during drought, they aren't able to grow as quickly the next year because they don't have that foliage, which is key to photosynthesis.

Another possible explanation is that drought-impacted trees many times get hit with other stressors like bark beetles or diseases, which would slow their growth in subsequent years.

It could also be that drought hinders trees’ ability to produce the tissues that transport water throughout the plant, reducing its capacity to take up and use water when it is available again.

"If you think about during an economic downturn, some businesses fold and some survive and those that survived did so because they adjusted the structure of their company," Koch said. "When the economy rebounds, they have to rebuild the capacity to do business. The same thing applies to how plants allocate resources and respond to stressors. They don't do it instantaneously."

The Science paper is part of a larger project funded by the National Science Foundation to understand the legacy effects of drought, Koch said. He is working on other research related to the project, including a study of how drier air, which is another component of drought, further stresses plants when water is scarce.

"Right now those models...are kind of underestimating the impacts of drought."

A drought-stressed tree stands on the edge of the Grand Canyon. Three Northern Arizona University researchers contributed to a new study about drought's lasting impact on tree growth.

George Koch, a professor in Northern Arizona University's Center for Ecosystem Science and Society, is one of the co-authors of a new study about drought's lasting impact on the growth rate of trees.