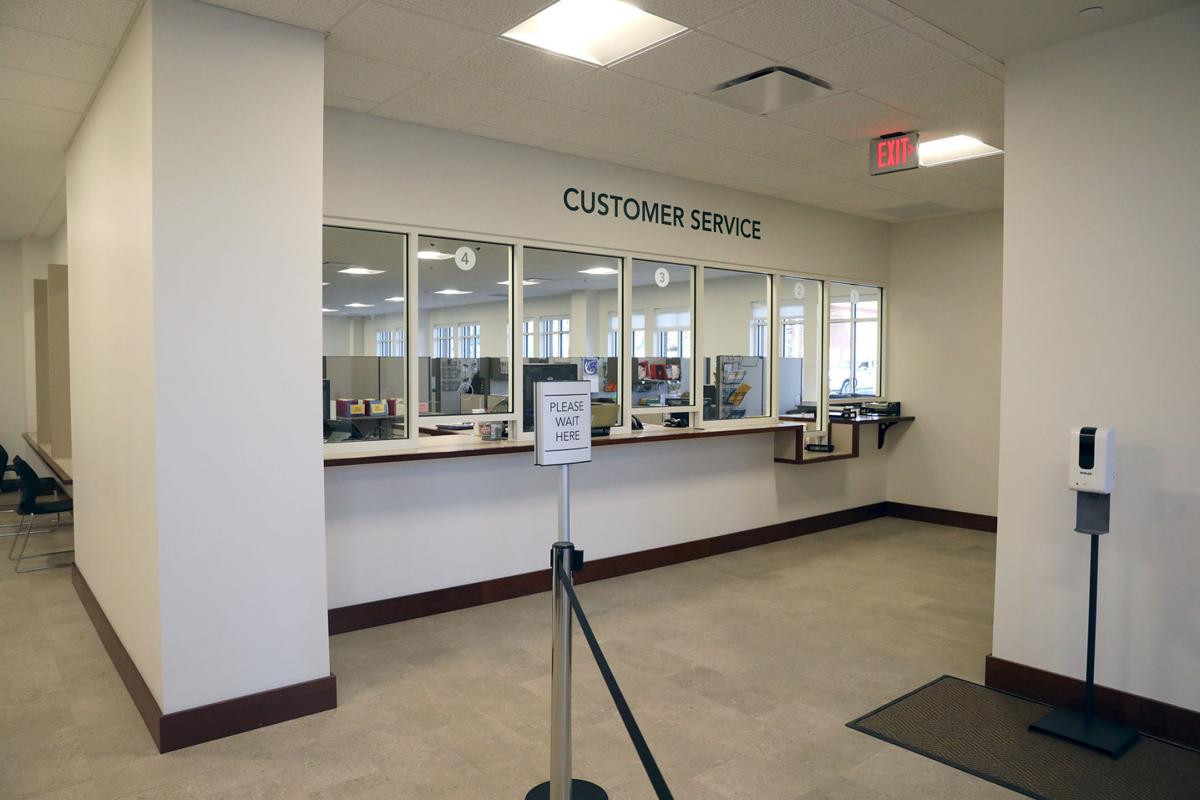 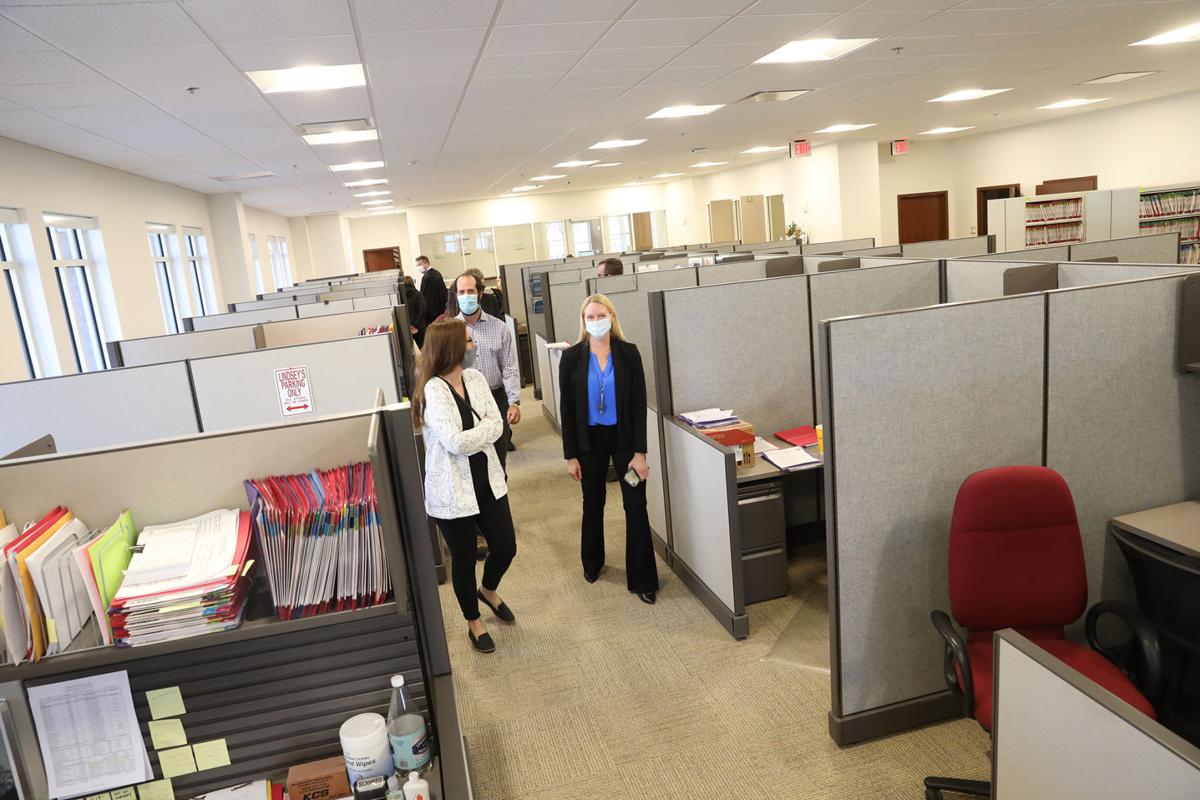 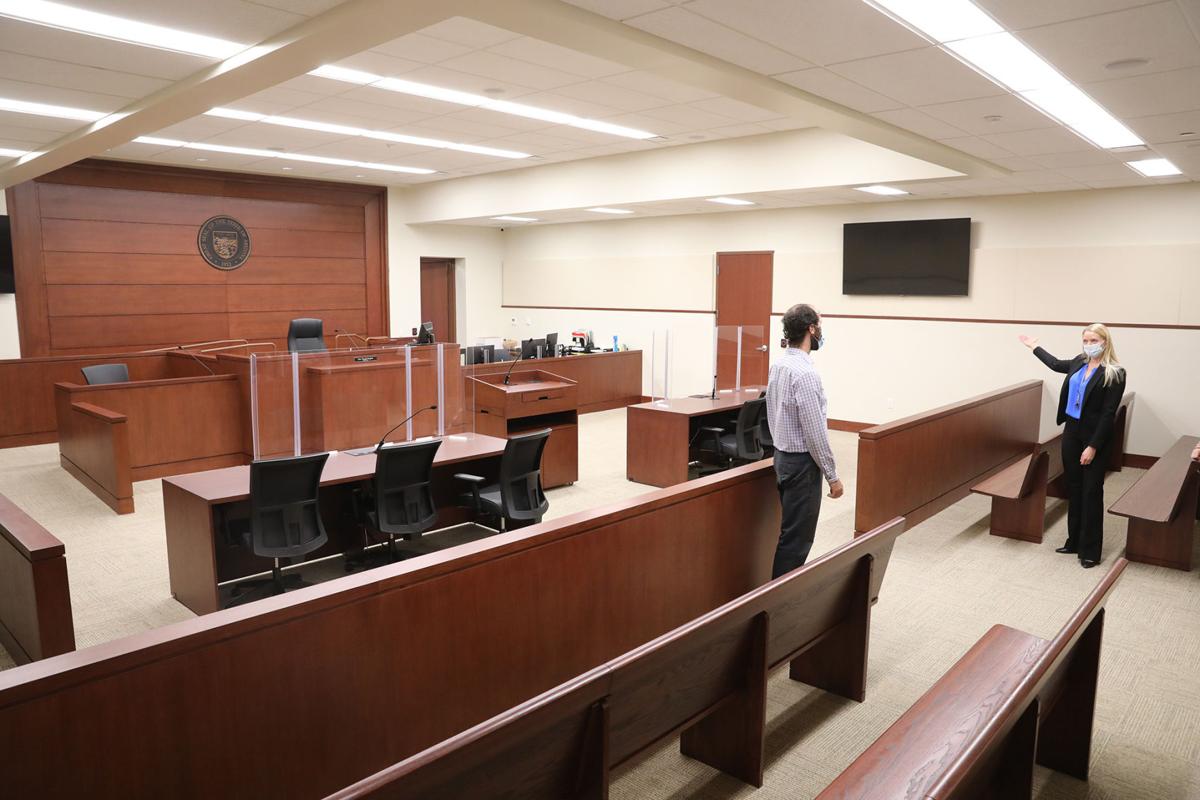 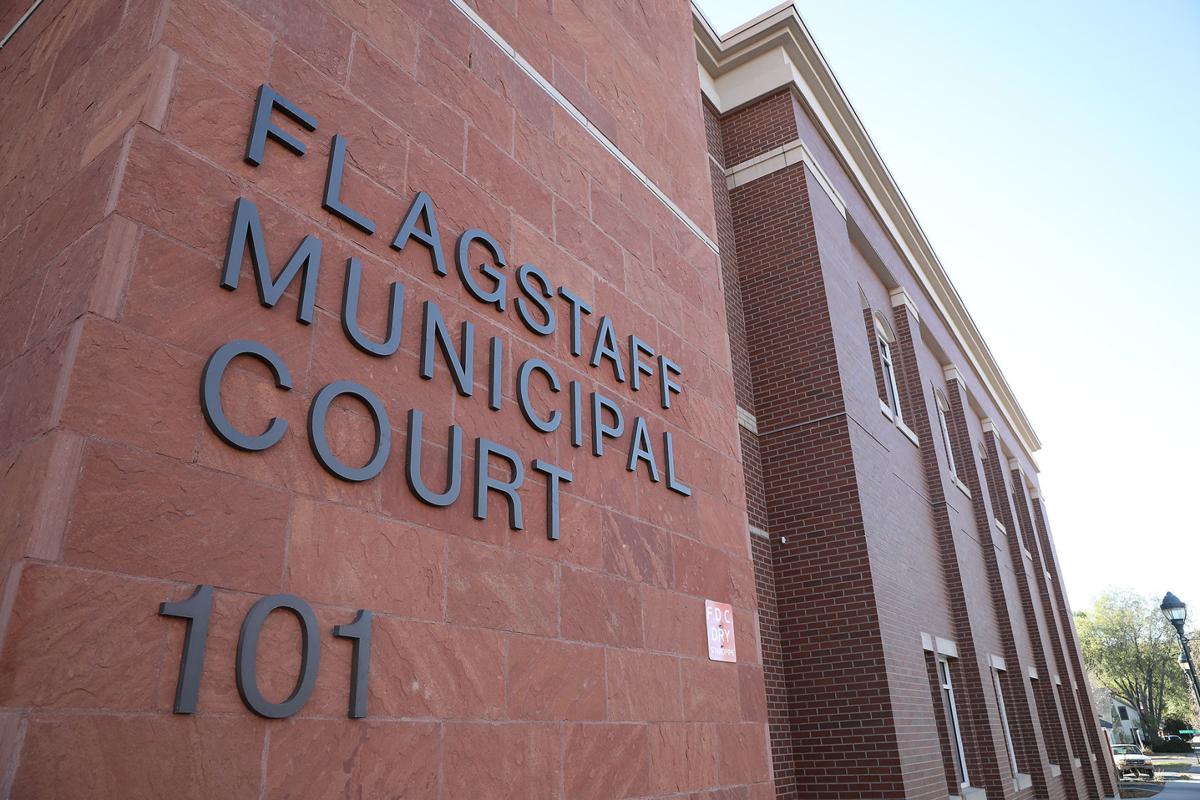 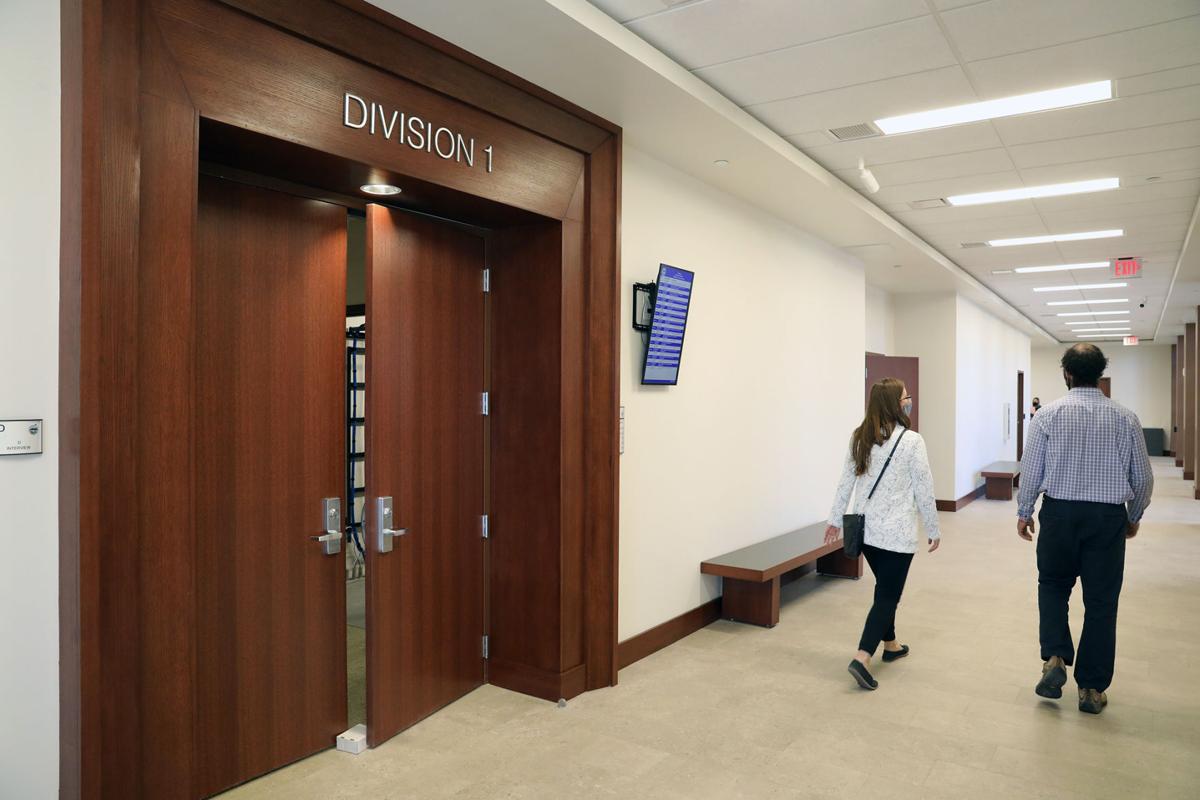 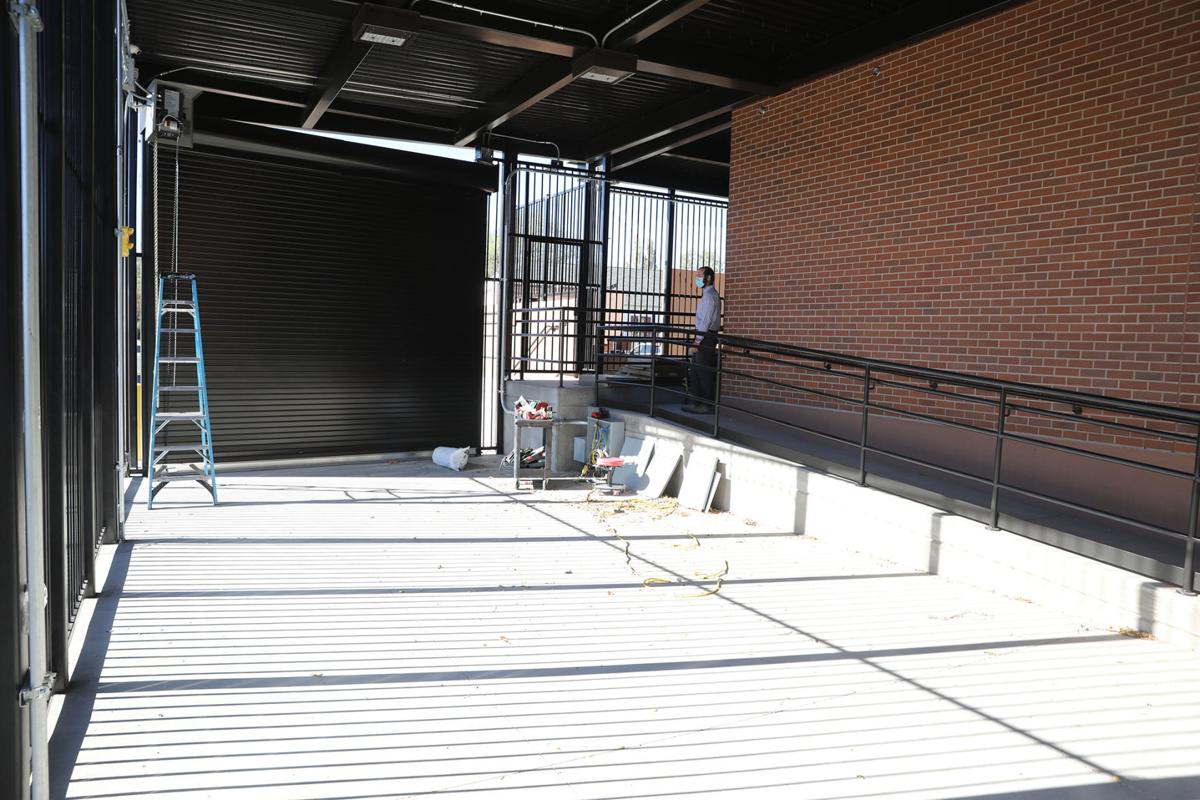 The City of Flagstaff's new municipal court building is now open in the downtown area with a much-needed update.

The building adds new design efficiencies that help it meet federal court standards, uses new energy and technological efficiencies, and has courtrooms designed to fit specific types of hearings. The building is three stories tall with a 40,000-square-foot layout that was designed by local construction firm Kinney Construction Services to blend in with the historic downtown architecture. The new building is located at 101 W. Cherry Ave.

The previous courthouse a few blocks away on Beaver Street has been closed. The building will eventually be demolished and utilized as a parking lot to deliver 154 parking spots for the downtown area. When designing the space, Jessica Cortes, court administrator, said they wanted the building to last for years to come.

"I do really feel like this facility is going to endure the years and be sufficient for our needs," Cortes said.

The Flagstaff Municipal Court handles cases like criminal misdemeanors, local code and civil traffic violations. The old court was located on a floodplain and was known to flood during monsoon rains.

The new municipal court building was funded by a $12 million bond voters approved in 2016.

The windows of the courthouse provides a great view of the Nativity of the Blessed Virgin Mary Chapel outside and the mountains in the distance. The new courthouse has multiple large and small conference rooms that provide space for lawyers to speak with their clients before or after a case.

"In the old courthouse, they would just be grabbing a space somewhere in the lobby or in the corner, which can be hard to talk to your client. So that is a big improvement," said presiding judge Thomas Chotena.

The building features a new city prosecutor's office, the split design to allow safe space for victims and defendants, and the room to grow. Tim Kinney, CEO of Kinney Construction Services, felt the new building will be an asset for generations to come.

"KCS is honored for the opportunity to be involved with such an impactful project for our community," Kinney said.

The building houses five courtrooms, some designed for jury trials and one for non-jury hearings. The building also holds a jury assembly room, a hearing room and two jury deliberation rooms.

The building was designed so that the halls of the building prevent victims from interacting with the accused anywhere but the courtroom. Cortes said the floor plan allowed for separate zones designed for defendants and victims. The building also allows another zone for judges and staff to work within their areas and not have to worry about conversations with the defendants or victims.

"There's lots of things that can happen when you're commingling," Cortes said. "You might have the victim, that's out of custody, very fearful of the defendant. It's an ability to keep the appropriate parties separated through zoning."

Once inside, defendants will walk the white-painted brick walls in their zone to the courtroom where their hearing will be held. Their side of the building has their own elevators, waiting rooms, bathrooms and conference rooms. The public facing side has similar amenities with more welcoming decor and atmosphere.

"The only place they should be meeting is in the courtroom," Cortes said.

The City Prosecutor's Office was also moved from a building near the courthouse to the second floor of the new building. The office had multiple closed-door rooms for offices, conference rooms and space for support staff.

The 2010 census expects Coconino County to continue its population growth, and Flagstaff to grow with it. The expectation is the city will need more legal staff as populations increase. The structure was built to provide the space to expand the clerk and lawyer's offices as needed during the coming years.

City Prosecutor Brent Harris said he was happy with the expansion, and hoped his office could see an increase in his staffing or a change to response models to help the city better manage the caseload. His office manages about 4,500 cases between four attorneys and four assistants.

"I'm hoping with some of our alternative response stuff and different methods for dealing with serial inebriate and mental health populations, I won't need those positions to be prosecutor positions and we can reduce our caseloads," Harris said.

Adam Shimoni, Flagstaff's vice mayor, said he was looking forward to the new opportunities the courthouse could provide for its citizens.

"I think the city really needed the courthouse," Shimoni said. "This is a huge upgrade in its capacity and in its facility's abilities."

Flagstaff saw massive police protests, the coronavirus pandemic's impact on the courts, and high-profile cases reach a conclusion in 2020. Her…