Porter Deron Land, a Phoenix man who attempted to burglarize a jewelry store in Flagstaff in 2014, was found guilty of multiple charges Friday by a jury in the Coconino County Superior Court.

Jurors were asked Friday morning to consider closing arguments made by both Land’s attorney, Lindsay Smith, and prosecutor Ammon Barker, reconvening in the afternoon to deliver the verdict.

Land lifted a piece of paper to shield his face as he exited the courtroom following the verdict. He was found guilty on all charges, including first-degree burglary, attempted armed robbery, armed robbery, kidnapping, aggravated assault and criminal damage.

The burglary occurred nearly seven years ago at Jim Anderson Jewelers, located at 2300 N. Fourth St., when two men, one determined by the jury to be Land, attempted to rob the business in broad daylight on the morning of June 24, 2014. Land’s co-defendant, who still awaits trial, faces similar charges in connection to the robbery.

The defense pointed to uncertain witness testimony as cause for reasonable doubt, but it did not outweigh the string of evidence presented by the prosecution.

“You heard a lot of witness testimony and not one of those witnesses got up and said, 'It was Mr. Land, he did it.’” Smith said. “If you think Mr. Land likely is guilty, that is not enough and you must find my client not guilty.”

Smith’s office declined to comment on the case following the verdict when contacted by the Arizona Daily Sun.

Witnesses, including store owner Mary DeLeon, indeed ran into difficulty identifying Land during the investigation. DeLeon did, however, identify that Land had come into her store the day prior. Police investigators suggested Land might have been casing the store the day before to get more information.

Barker called for Land to be held accountable by the jury and be found guilty on all charges.

“Let me end with the same phrase I started with: To consider the evidence in light of reason, common sense and experience. There’s a reason why this jury system works, and it’s because of the common sense of the community that comes in to judge cases,” Barker said.

Coconino County Attorney Bill Ring kept his comments brief due to the pending trial of Land’s co-defendant but thanked a couple parties involved.

“The Coconino County Attorney's Office thanks the jury for their service and the Flagstaff Police Department for their tenacity in helping us bring this individual to justice,” Ring said.

A police investigation identified multiple getaway vehicles and hotel bookings used by Land and accomplices, also matching evidence collected at the scene with Land’s DNA. Investigators relied heavily on both witnesses and video surveillance as they attempted to paint a picture of the robbery.

The police investigation indicates one of the suspects entered the jewelry store around 11:15 a.m. on a Tuesday. The man claimed to the owner that he wanted to look at wedding rings. While DeLeon was showing him some of the rings, the owner got the sense that something was wrong.

She lied when the suspect asked her if there was anyone else in the store, telling him there was a jeweler in the back, according to the report. The robber then made his way to a set of jewelry cases near the store’s back office.

It was at this moment that the incident appeared to take a violent turn, as one of the men pointed a gun at DeLeon, demanding information regarding the store’s safe in the back.

The owner eventually found a window to trigger a silent alarm and accessed a gun within the store, evidence suggests. She fired a shot in the direction of one of the men, intentionally missing. Startled, the man threw himself through a window to escape.

Land’s sentencing is currently set for July 20 at 11 a.m.

Forensic workers unearthed the remains of multiple victims from a grisly crime scene in El Salvador, digging up more bodies on Friday from a p… 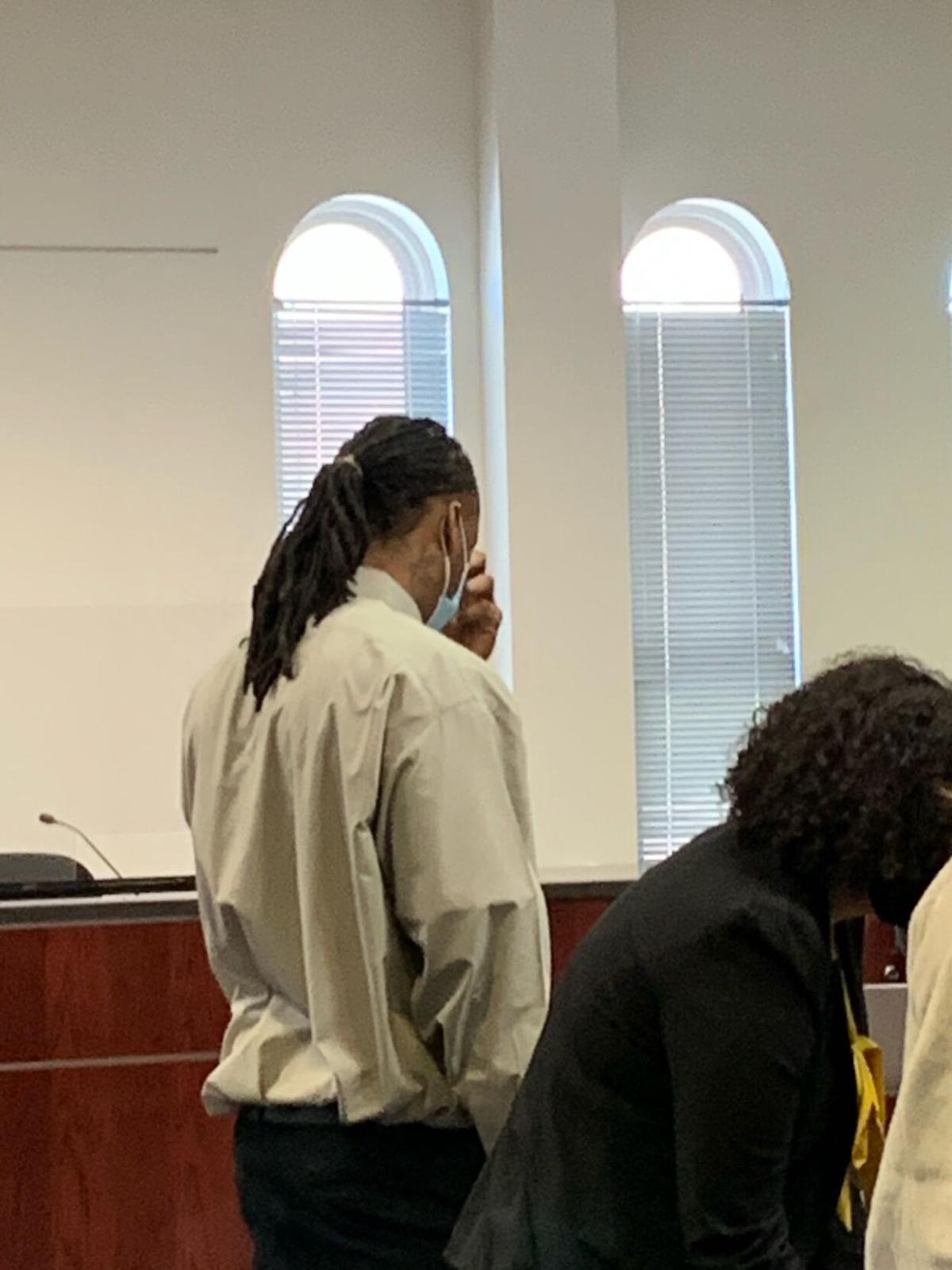 Porter Deron Land holds a piece of paper in front of his face in Division Five of the Coconino Superior Court after being found guilty of burglarizing a jewelry store in 2014. 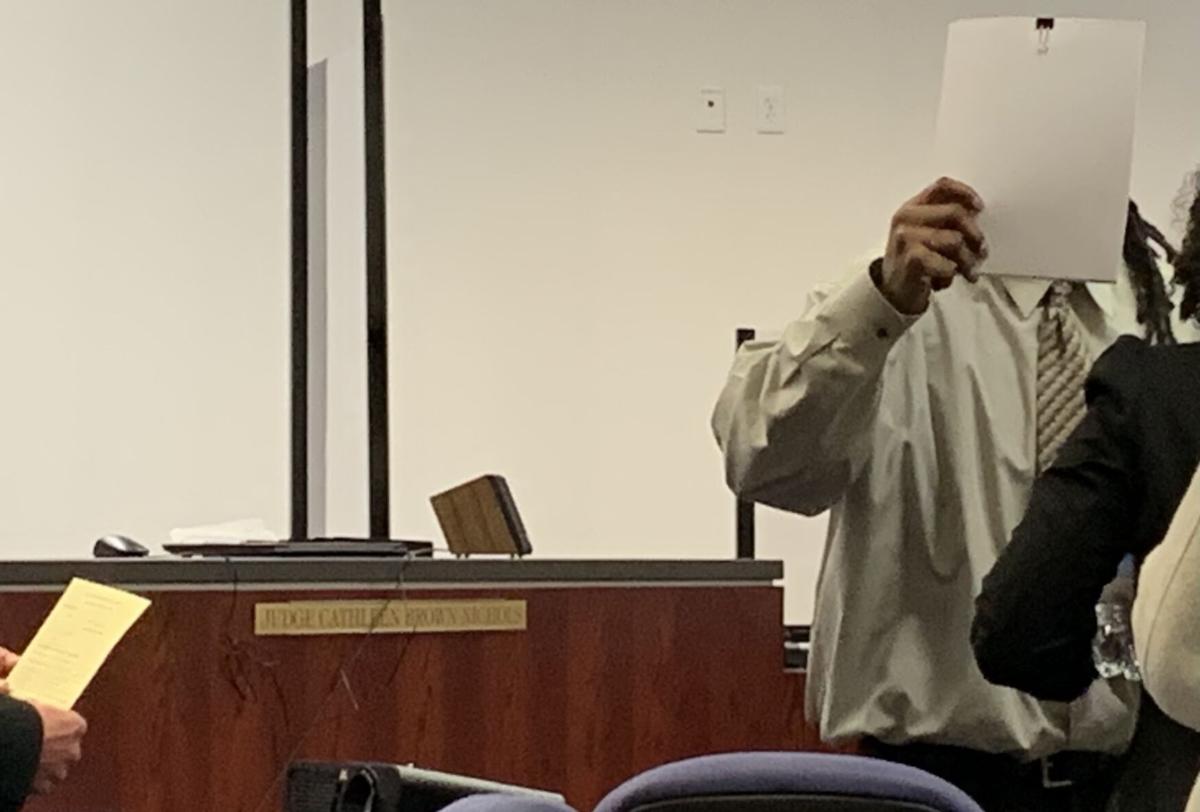 Porter Deron Land holds a piece of paper in front of his face in Division 5 of the Coconino Superior Court after being found guilty of burglarizing a jewelry store in 2014.