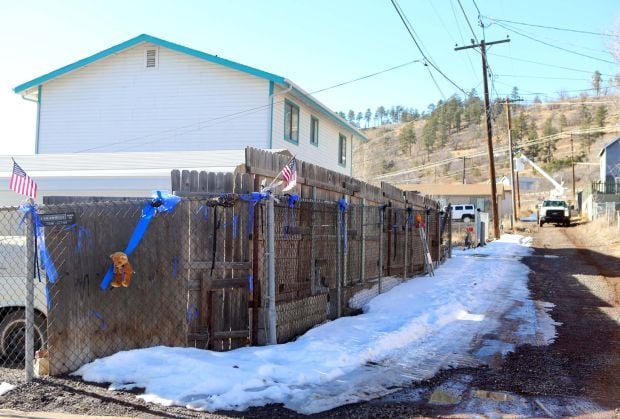 The fence on an alley leading to the back of a house on Clay Avenue where Robert Smith shot and killed Flagstaff Police Officer Tyler Stewart before killing himself sits covered in blue ribbons left in honor of the fallen officer Wednesday afternoon. 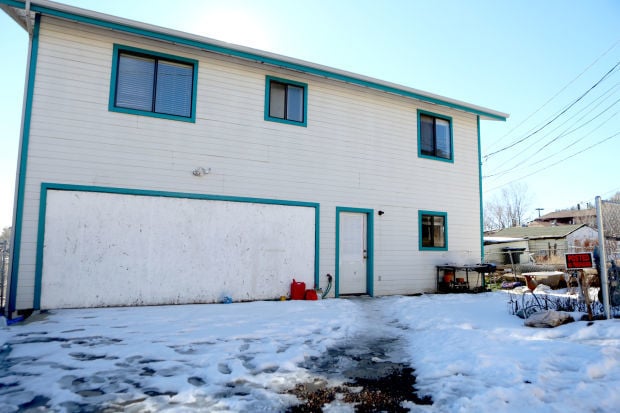 The house where Robert Smith shot and killed Flagstaff Police Officer Tyler Stewart two weeks ago is located on Clay Avenue in the Plaza Vieja neighborhood. 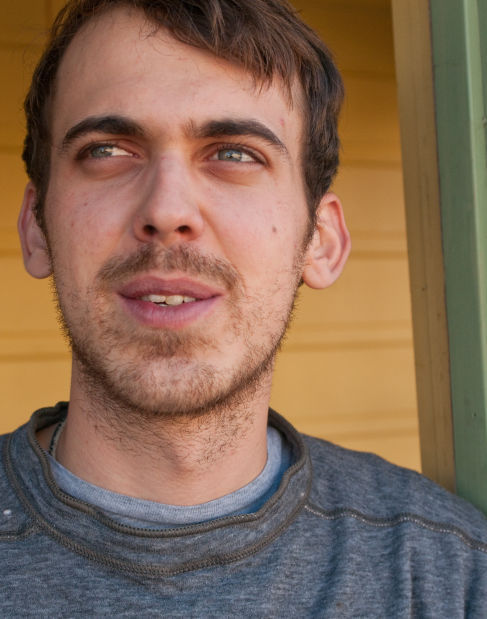 Police say Robert W. Smith, the man who killed Flagstaff Police Officer Tyler Stewart before taking his own life Dec. 27, had threatened suicide before a domestic violence arrest in 2009. .

It was the intense pain and four nights without sleep, not the police officer or any psychosis, that drove him to pull the trigger.

Smith’s best friend, who asked to remain anonymous to protect his privacy, said Smith’s family was as shocked by his violent actions as the rest of the nation.

“They’re asking the same questions everyone is asking,” Smith’s friend said, “The big ‘why?’”

The only theory they have been able to come up with to explain his violent actions is that Smith was not thinking clearly because he was in physical pain, afraid of going to jail and had decided to commit suicide.

At the time of his death, Smith, 28, had chronic pain caused by a tooth infection and had been told it would cost at least $20,000 out-of-pocket to fix his dental problems.

“After talking with all the roommates, we think Bobby had already decided to take his own life,” his friend said. “I know he felt completely backed into a corner with no way out.”

The last Flagstaff Police Department officer to die in the line of duty was Officer Jeff Moritz. He was shot to death in 2000 by Eric Clark, a 17-year-old who had been diagnosed with schizophrenia and, among other psychotic behaviors, believed aliens were trying to poison him.

But Smith was no Clark. The 28-year-old lived and worked in Flagstaff for about six years. The final police and toxicology reports have not yet been released, but at this point, there is no indication Smith had a psychotic disorder, and those closest to him have said he did not have a drug addiction that could cause psychotic symptoms.

According to the information from the Flagstaff Police Department, Stewart, 24, answered a domestic violence call regarding an argument between Smith and his girlfriend in the 900 block of South Litzler Drive around 11 a.m. on the day of the deadly shooting. The girlfriend told Stewart she and Smith had had a heated argument.

There was no indication that Smith assaulted his girlfriend, but he had destroyed some items inside the residence.

Smith had just returned to Flagstaff after spending Christmas with his family in Prescott on the day of the shooting. His friend said Smith had not been able to eat for at least two days and had not slept for at least four days because of the pain from his tooth infection.

“His teeth were falling out,” his friend said. “It had gotten to the point where he had a severe jaw infection and he had nothing he could do about it. He didn't have insurance. He was in severe pain. He didn't have any pain meds for it except maybe Tylenol.”

After the fight with his girlfriend, Smith stopped by the home of another friend of theirs. He was visibly upset and agitated. That person told him to stay and calm down. Instead, Smith decided to go to his own house in the 800 block of West Clay Avenue.

His best friend, meanwhile, had just left town. Smith text-messaged him minutes before the shooting to say his girlfriend had called the police on him “for breaking his own stuff.”

“I couldn't think,” Smith said in his message. “My tooth is killing me.”

His friend tried to reason with him.

“You shouldn't be breaking (stuff), Bob,” he said. “It’s not reasonable adult behavior. She was probably scared.”

“She started it, for frick’s sake,” Smith said. “My tooth hurt so bad I lost control.”

Smith’s friend tried to talk him into going back to the home of their other friend, but it was no use.

His friend made one last plea for him to go talk it out at their other friend’s home, but his message was never answered.

“That’s the last I heard from him,” Smith’s friend said. “This was right before it happened.”

TRYING TO BE RELATABLE

When he found out the police were looking for him, Smith contacted Stewart, who met him at Smith’s home around 1:30 p.m.

Two roommates were home at the time. They watched through a window as Stewart stood in the driveway and calmly talked to Smith.

“(Stewart) was trying to be nice, trying to be relatable, saying, ‘I've got a girlfriend, too, and I know (stuff) can be crazy,’” Smith’s friend said.

But something was off.

No one else knew it at the time, but Smith had taken his Colt Single Action Army six-shooter — the only firearm he owned besides a couple of BB guns — out of its locked case and hidden it in his pocket.

When Stewart asked to pat Smith down for weapons, he pulled out the gun and started firing.

Smith’s roommates ducked for cover as one bullet pierced the kitchen window. When it sounded like the shooting was over, one of the roommates stood up and looked out the window.

“He saw Bobby walk past the window, take his hat off, and then heard one more shot in the side yard,” Smith’s friend said.

Smith died at the scene and Stewart was shot in the face. He died a short time later at Flagstaff Medical Center.

NO ONE DESERVES TO DIE

Smith’s friend said he knows people will compare the deadly shooting to recent attacks on New York police officers. But he said this was not a case of a man who plotted to hurt the police. Instead, he believes Smith panicked when he realized Stewart was going to find the gun with which he intended to kill himself.

“I really don’t believe it was some vendetta,” he said. “People are going to say it and try to drag it into the big national debate, but it wasn't some copycat. It was just a person who felt backed into a corner.”

Smith’s friend expressed sympathy for Stewart’s family. No matter how much pain Smith was in, his friend said, it did not justify his decision to kill an innocent man.

“(Stewart) was truly trying to help," Smith’s friend said. "He didn't deserve that for Bobby’s pain. No one needed to die. No one deserves to (die) like that -- ever. It’s just a horrible tragedy for everybody.”

When a woman collapsed in a Doney Park lawn with multiple stab wounds, it was her 11-year-old daughter who stayed on the line with 911 dispatc…

The fence on an alley leading to the back of a house on Clay Avenue where Robert Smith shot and killed Flagstaff Police Officer Tyler Stewart before killing himself sits covered in blue ribbons left in honor of the fallen officer Wednesday afternoon.

The house where Robert Smith shot and killed Flagstaff Police Officer Tyler Stewart two weeks ago is located on Clay Avenue in the Plaza Vieja neighborhood.

Police say Robert W. Smith, the man who killed Flagstaff Police Officer Tyler Stewart before taking his own life Dec. 27, had threatened suicide before a domestic violence arrest in 2009. . 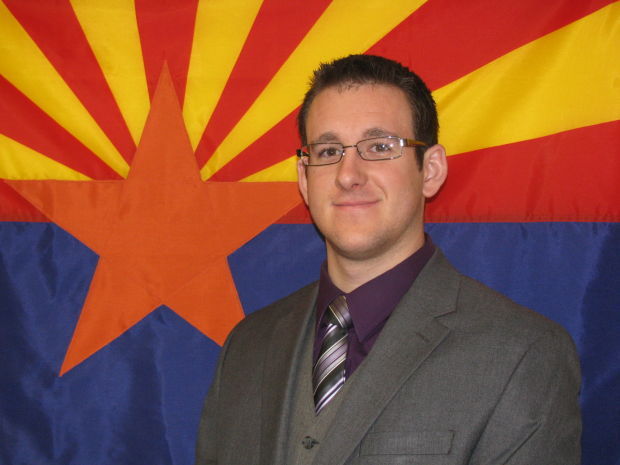