Flagstaff Police Chief Kevin Treadway is set to retire from his position on June 26, 34 years to the day from when he first graduated the police academy on June 26, 1986.

Treadway set his retirement date five years ago. He might have considered staying longer now if he had the opportunity to change his retirement date given the coronavirus concerns, he said, but if he were to stay any longer he would lose benefits he amassed through his 30-year career.

“I’ve been imagining this time for the past five years, what it would be like. COVID-19 was the furthest thing from my mind, of course,” Treadway said.

Treadway has worked with the department for over three decades, and loved the many different jobs he was able to have with the city — including his time serving as interim deputy city manager.

He counts the agency’s increased push for transparency through body cameras, the development of the Citizen Liaison Committee, and having a fully staffed police force for the first time in a decade as points of his accomplishments.

“Leading the fine men and women of the Flagstaff Police Department has been the highest honor of my life,” Treadway said. “The City of Flagstaff is in great shape. The police department is in a wonderful spot. I am just extremely proud of all the hard-working men and women of this professional organization.”

Treadway said he plans to continue to live in Flagstaff to remain close to his family. He is interested in the possibility of teaching in the future.

Treadway said many people do not know his family moved to Flagstaff in 1981 so his father could work with the city’s fire department. His father eventually held the position of fire chief for 14 years at the Flagstaff Fire Department.

“He was the best man I have ever known. He set a wonderful example,” Treadway said.

Treadway was hired in 1987 and moved to different jobs throughout the police department.

He got his undergraduate degree in business and a master's degree in education leadership at Northern Arizona University. The police chief also attended a law enforcement training at the FBI National Academy at Quantico, Virginia in 2004.

Like his father, he eventually set his sights on being the chief. However, his aspirations were eventually realized under tragic circumstances when then-chief Brent Cooper unexpectedly died from a heart attack in 2011.

After becoming police chief, Treadway said Flagstaff was the second law enforcement agency in the state to implement body cameras during the national conversation stemming from the Ferguson, Missouri police shooting of Michael Brown in 2014.

Treadway said he believes crime reduction starts with trust between the community and police officers.

“We just cannot effectively address community concerns without the help of folks in our community,” Treadway said. “How can you expect to truly form that partnership if you’re not transparent with those you police?”

On the other hand, he acknowledged that transparency can cause difficult conversations, especially in regard to officer-involved shootings. But Treadway feels those conversations are just as valuable.

“Many of those cases, once again, have formed a platform for us to have a deeper level discussion with our community about the very real dangers and challenges officers have every day and night they hit the streets to keep our community safe,” he said.

None of those conversations were more difficult for Treadway than when officer Tyler Stewart was shot and killed while on duty in 2014. Treadway described the experience as a “nightmare.”

Stewart’s death was the first officer death filmed on body camera in the country, and rocked the Flagstaff community. He added it was additionally difficult for him because he hired Stewart, sent Stewart through the police academy, and knew his father.

"It is easily, by far, the most difficult thing that I have been through during my tenure as the chief here,” Treadway said.

He worked with the community to form the Citizen Liaison Committee that, although it does not have the power to investigate complaints, meets monthly to discuss community complaints, crime reports and express concerns. He was police chief when the Navajo Human Rights Committee pushed for the agency to implement Navajo cultural awareness training. Last year, they added implicit bias classes to the officer training.

Additionally, Treadway was proud of the department's steps to reduce domestic violence against women in 2015. Flagstaff police officers now fill out risk assessments while responding to domestic violence calls, he said. He explained that high scores are immediately sent to prosecutors and judges to assist when making decisions about bail for people accused of domestic violence.

Over the first four years of that initiative, he said the department has seen a 25% reduction in domestic violence in the community, with the first increase occurring last year.

Treadway said the steps the agency has taken could not be done without the many community partners working with the department to tackle tough issues.

Search for a replacement

The city halted the hiring process during the coronavirus pandemic to save the money that would have gone to a newly hired, full-time police chief salary. The decision means Treadway may not be replaced for three to six months.

The city will be choosing between 10 candidates out of 35 total applicants to find the city's next police chief. Treadway said the current plan is to have a full-time chief selected by Jan. 1, 2021.

The department’s two deputy chiefs, Dan Musselman and Walter Miller, are among the 10 who are being considered for the position.

Treadway said he’s proud of the two deputy chiefs and called them incredibly talented. He later extended that pride to his entire department and said the city and department are in good shape.

Despite all the great memories made at the department, he was looking forward to his retirement.

“I will tell you, being police chief doesn't afford a lot of opportunity for time off, quite frankly,” Treadway said. “I’m looking forward to taking a vacation.”

The Flagstaff Police Department officials will not be holding an award ceremony for Treadway in light of the COVID-19 pandemic concerns.

Officers asked that anyone in the community who wishes to send Police Chief Kevin Treadway well wishes or thanks before his retirement can send written or video messages through email to ktretires@gmail.com.

Detroit fights to slow pace of coronavirus in city

Check out this incredible Russian art exhibition under frozen water

Check out this incredible Russian art exhibition under frozen water

As the City of Flagstaff continues its search for a new police chief, it will be hosting a virtual meet and greet at 5 p.m. on Wednesday so co… 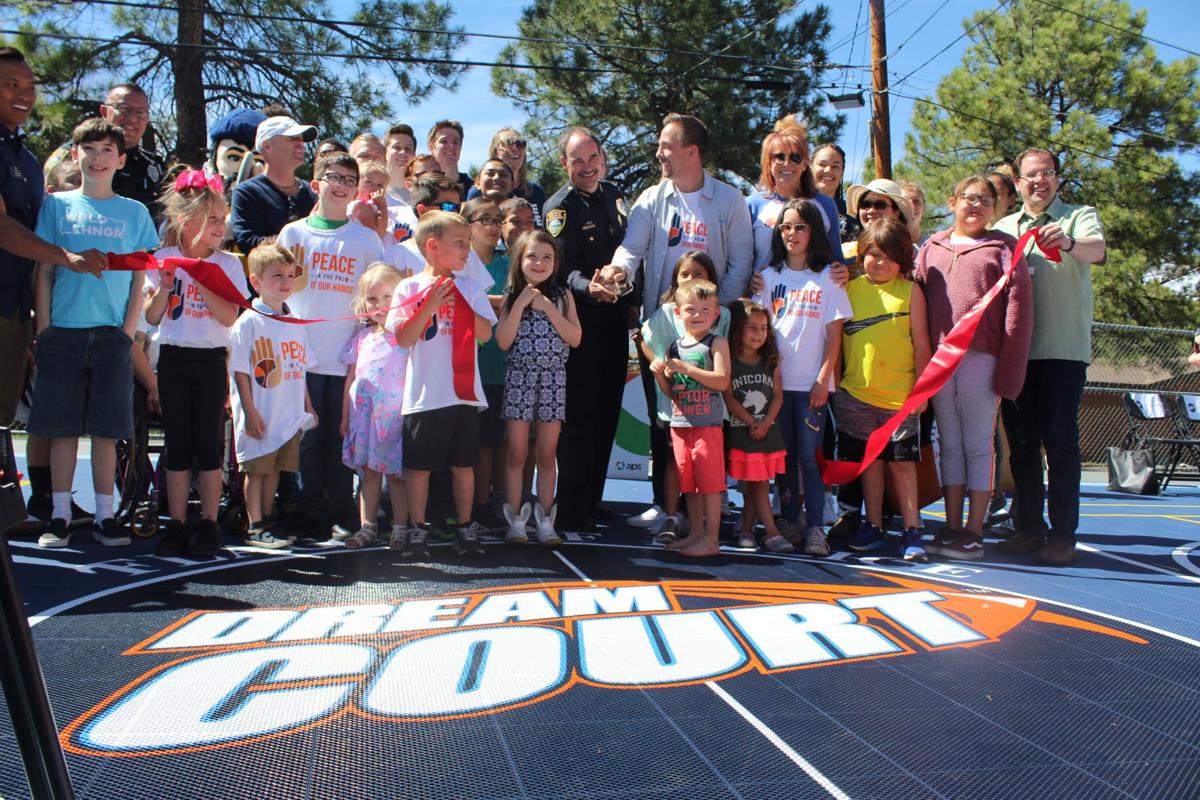 Kevin Treadway and Bridge Church pastor Landon Merrill beam after cutting the ribbon for the new Dream Court at the Boys and Girls Club in this 2019 photo. 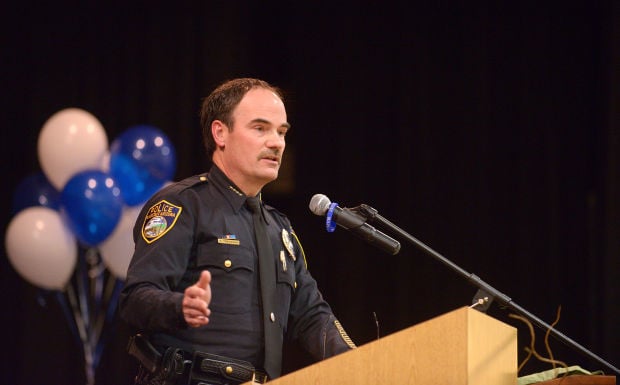