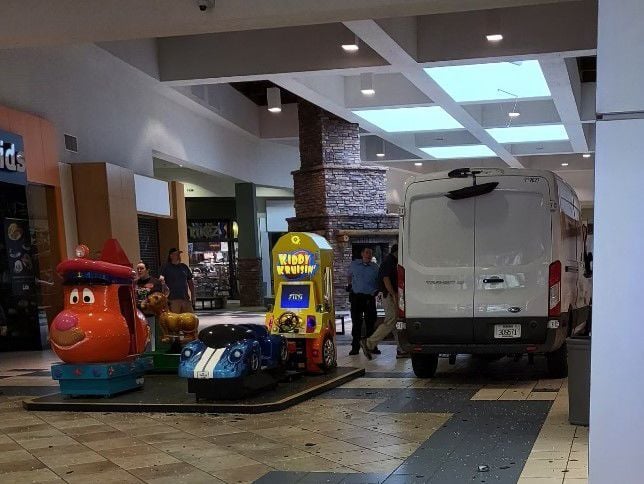 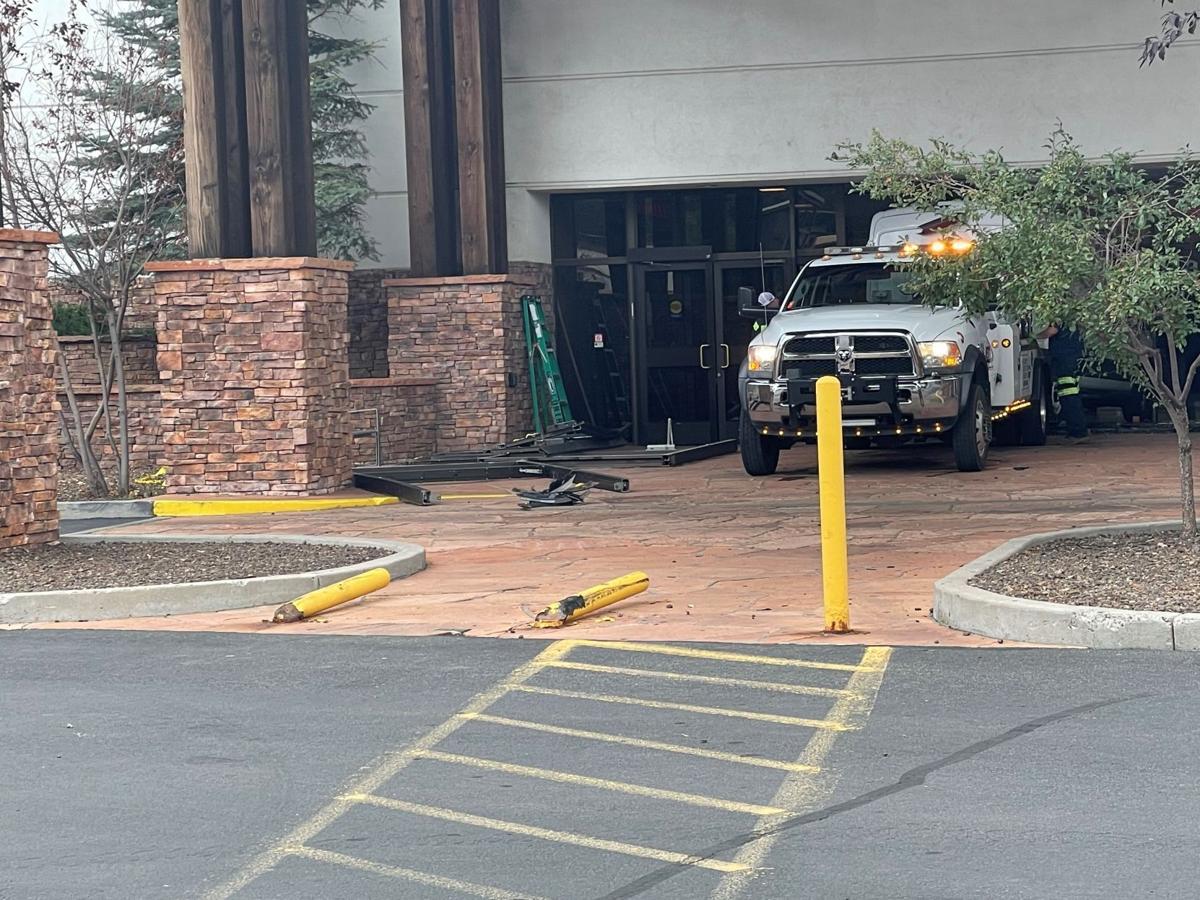 It was less than an hour before opening at the Flagstaff Mall when store employees heard a loud crash and witnessed a man wearing a stolen FedEx shirt frantically flee through a service hallway.

Police arrested 26-year-old Ramon Muniz on Sept. 27,after he allegedly stole a white delivery van from a gas station in Winslow and later crashed the vehicle into the mall entrance, bending metal traffic poles and causing an estimated tens of thousands of dollars in damage.

According to online court records, Muniz faces 22 charges, including multiple felony counts, after he was arrested and booked into the Coconino County Detention Facility.

Reports from law enforcement agencies suggest many of those charges are for crimes that were committed before the collision occurred.

Details of the lengthy crime spree involving multiple vehicle thefts and a string of attempted burglaries were released to the Arizona Daily Sun in a report from the Flagstaff Police Department.

Muniz was indicted by a grand jury in the Coconino Superior Court last week. Among the charges were counts of endangerment, vehicle theft, credit card theft, attempted burglary and criminal damage.

According to the report, Muniz was living in Show Low when officers allege he stole a red pickup truck from his father in the early hours of the morning of the mall collision. Police eventually connected multiple traffic incidents to Muniz as he made his way toward Flagstaff.

The first was a call for service made to the Arizona Department of Public Safety when a commuter reported that the red pickup had pulled up behind his vehicle parked on the side of the road.

The caller said Muniz claimed to be a police officer and said he needed the car for an emergency, according to the report. The caller said he was assaulted by the suspect before he returned to the truck and fled.

Then, another call for service reported the red truck had hit another vehicle, running it off the road in the process. The second caller said the suspect drove away without stopping. Neither of the incidents caused serious injury.

The crime spree continued when police received reports of a non-injury collision involving a tow truck that had crossed the I-40 median and ran into a fence, according to the report.

Police used video footage taken from inside the tow truck to describe an altercation between a man suspected to be Muniz and the driver. Officers later learned that the incident also involved the red truck.

Police said the red truck had initially pulled up behind the tow truck before Muniz allegedly entered the other vehicle and attempted to drive away. As he started to flee, the tow truck driver was able to enter the vehicle.

Police said the driver can be seen punching the suspect as the vehicle crossed the median and eventually collided with a fence.

Muniz then fled the accident in the red truck, according to the report. Eventually, the truck stopped at a gas station in Winslow, where it would later be recovered by officers.

In an interview with a Flagstaff police investigator, Muniz reportedly admitted to stealing the white delivery van from the gas station parking lot before crashing it into the Flagstaff Mall. Muniz told officers the mall collision was unintentional, according to the report.

But witnesses and first responders suggested otherwise. A responding officer reported after an initial survey of the scene that the collision appeared intentional. Another witness, who was sitting in a vehicle in the mall’s parking lot, estimated that the van was traveling at 20 to 30 mph when it collided with the traffic barriers outside the entrance.

Once inside, multiple mall employees reported seeing a man in a FedEx shirt flee from the vehicle. Surveillance footage and eyewitness accounts suggest Muniz attempted to break into the Dillard’s department store before fleeing through a mall service hallway.

Inside the service hallway, another eyewitness said they saw Muniz discard the FedEx shirt as he made his escape. The crime spree continued after the suspect made his way out of the mall, according to the report.

Reports made to police suggest a man matching Muniz’s description then attempted multiple thefts at the Flagstaff Fire Department Station No. 3. Separate reports suggest the suspect may have also attempted vehicle thefts at a nearby RV dealership.

According to the report, the suspect allegedly stole a set of City of Flagstaff keys from inside a vehicle in the fire station’s bay before attempting to steal a pickup truck belonging to a firefighter, also taking the firefighter’s bank card in the process.

After searching the surrounding area, Muniz was eventually located shortly after the mall collision by a police officer in the Mountain Meadows neighborhood. He was knocking on the front door of a residence, according to the report. He was arrested at gunpoint.

The report alleges Muniz later told investigators he was looking for a place to hide in the neighborhood, and that he committed the crimes because he was “stressed about being broke.”

Biden honors Powell as 'a dear friend and a patriot'

FLAGSTAFF — The attorney for a U.S. Air Force airman accused of killing a Mennonite woman grilled a ballistics expert who concluded that a bul…