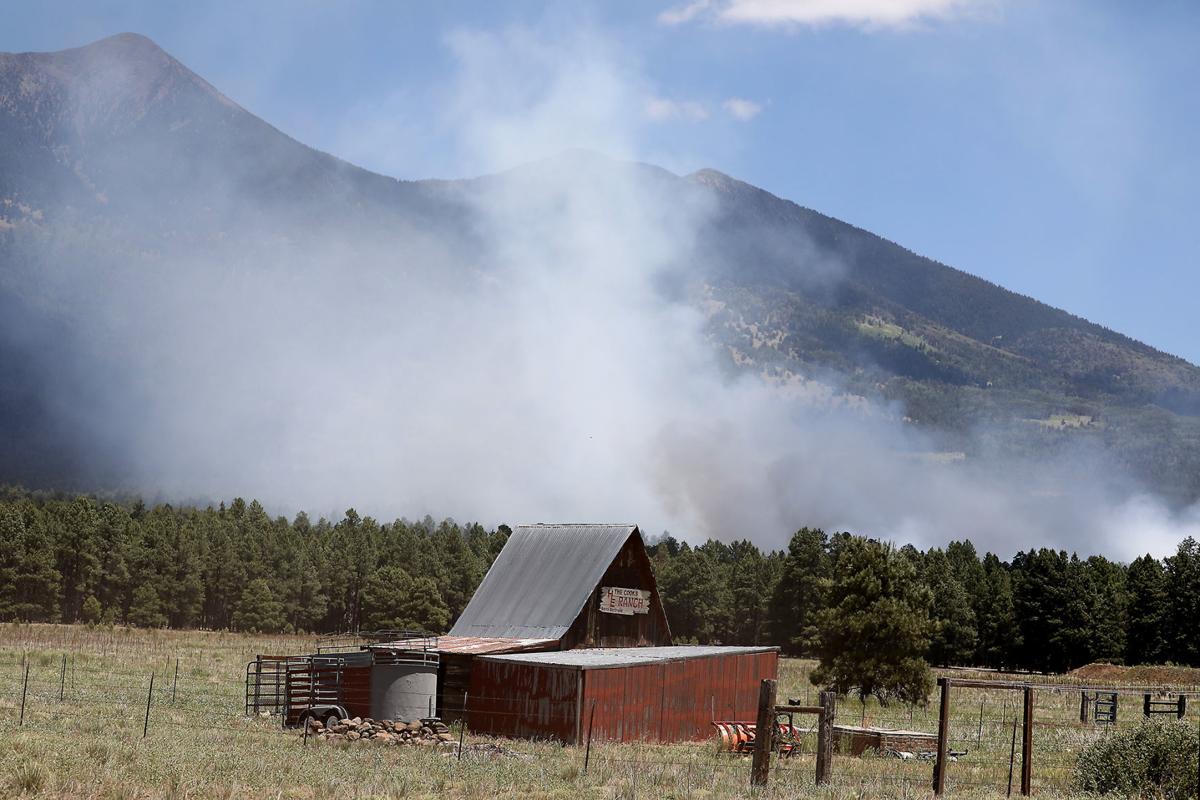 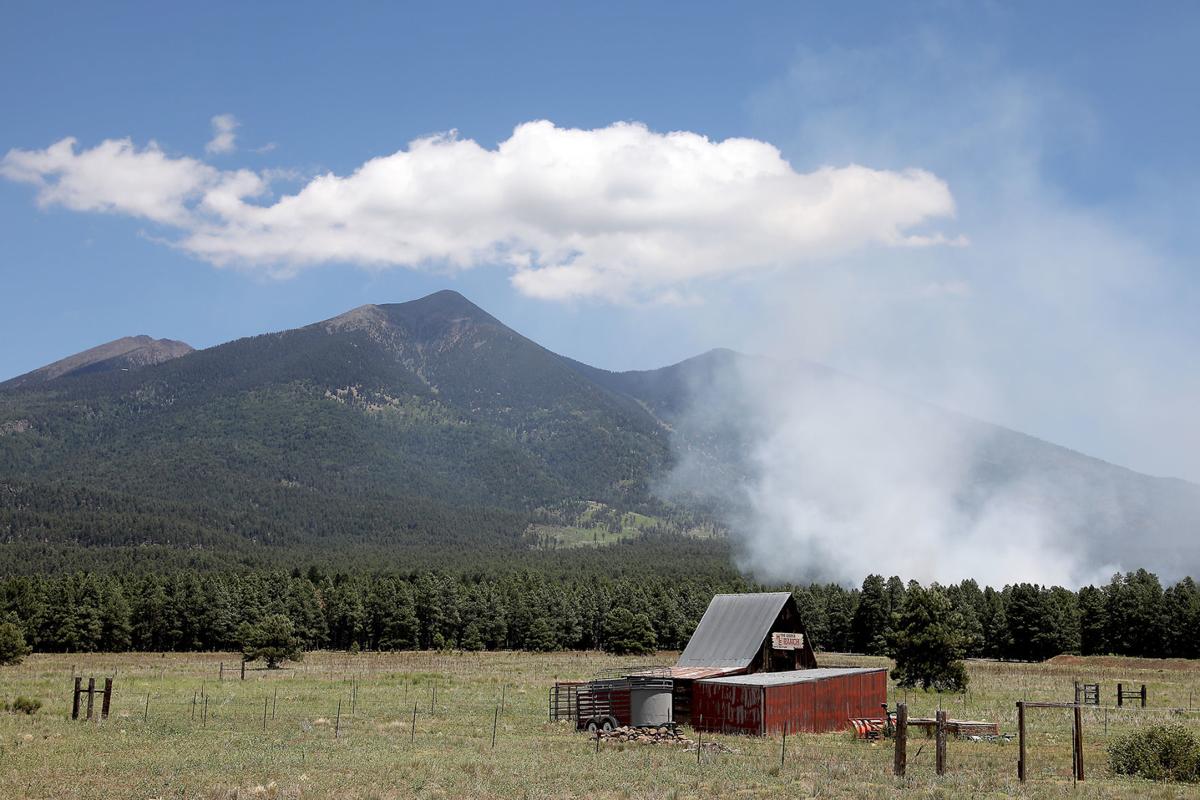 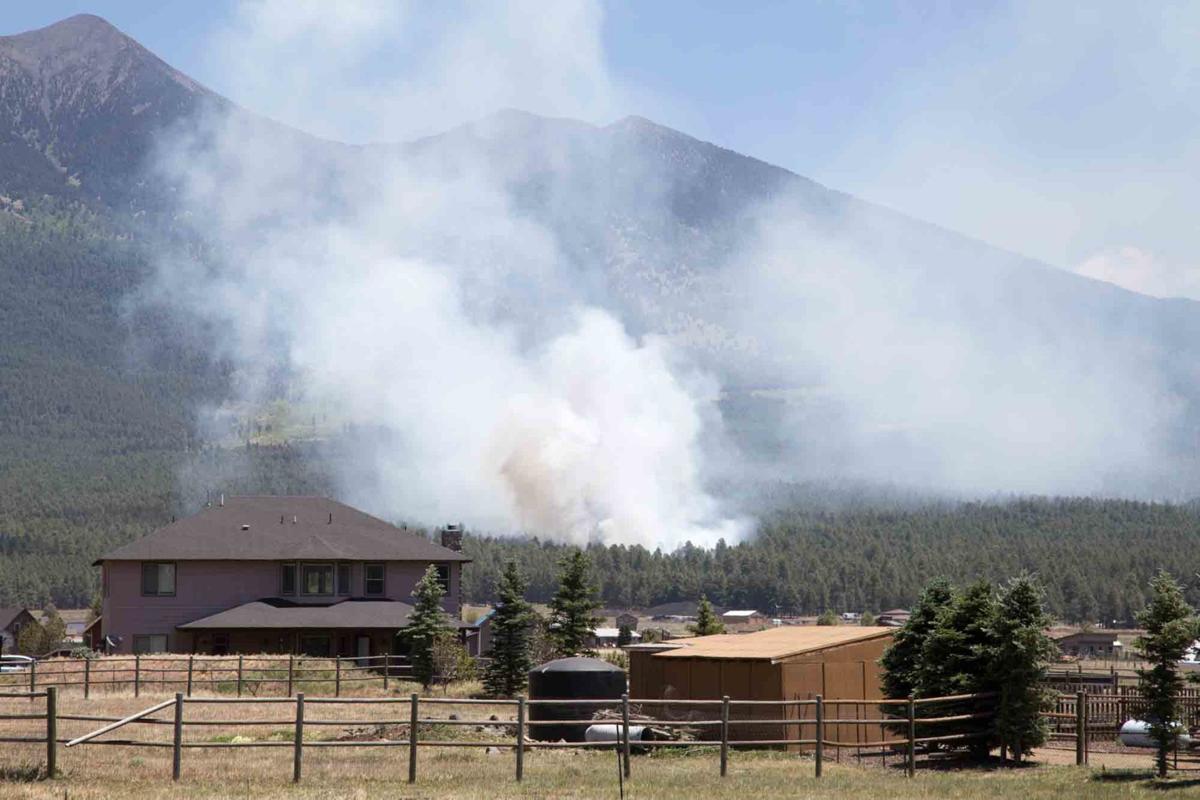 This photo, submitted by R. Geoffrey Vargo, shows smoke from a small fire near Snowbowl Road on Monday.

By about 12:20 p.m. firefighters had stopped the fire's growth, keeping it at about three acres, as they continued to build fire lines surrounding the blaze.

In all, a hot shot crew, five fire engines and several other vehicles tackled the blaze, totaling about 50 people fighting the fire at its peak.

Although the exact cause is still under investigation, Smith said it is safe to assume the fire was human-caused.

The same story goes for a previous small fire that was suppressed on Friday. That fire, also off of Highway 180 and past Snowbowl Road, was held to just eight acres and was also likely human-caused.

Both fires come as there are already stage two fire restrictions in place that make campfires and charcoal grills illegal within the national forest. Smith said it is “extremely maddening” that despite the restrictions, and several other high-profile fires currently burning across the state, it still appears people are making campfires in the forest.

“To tell you the truth I’m just amazed that people, especially at this time where you see half the state up in smoke, that they have campfires or they leave campfires unattended,” Smith said.

So far, Smith said forest officials are waiting to see what the weather does before putting additional forest restrictions, or closures, in place.

If the monsoon rains begin by the end of this week, that could lower the fire danger and the forests could remain open, Smith said.

“If we don’t see [rain], then we will probably begin to talk about forest closures,” Smith said. “And that could include a full forest closure or it could just be area closures.”

The National Weather Service in Bellemont calls for more windy conditions Tuesday and Wednesday -- though not the 45-50 mph gusts present in most of northern Arizona on Monday -- followed by a 30 percent chance of showers and thunderstorms on Thursday and Friday. The forecast then has a 10 percent chance of rain over the holiday weekend.

This photo, submitted by R. Geoffrey Vargo, shows smoke from a small fire near Snowbowl Road on Monday.