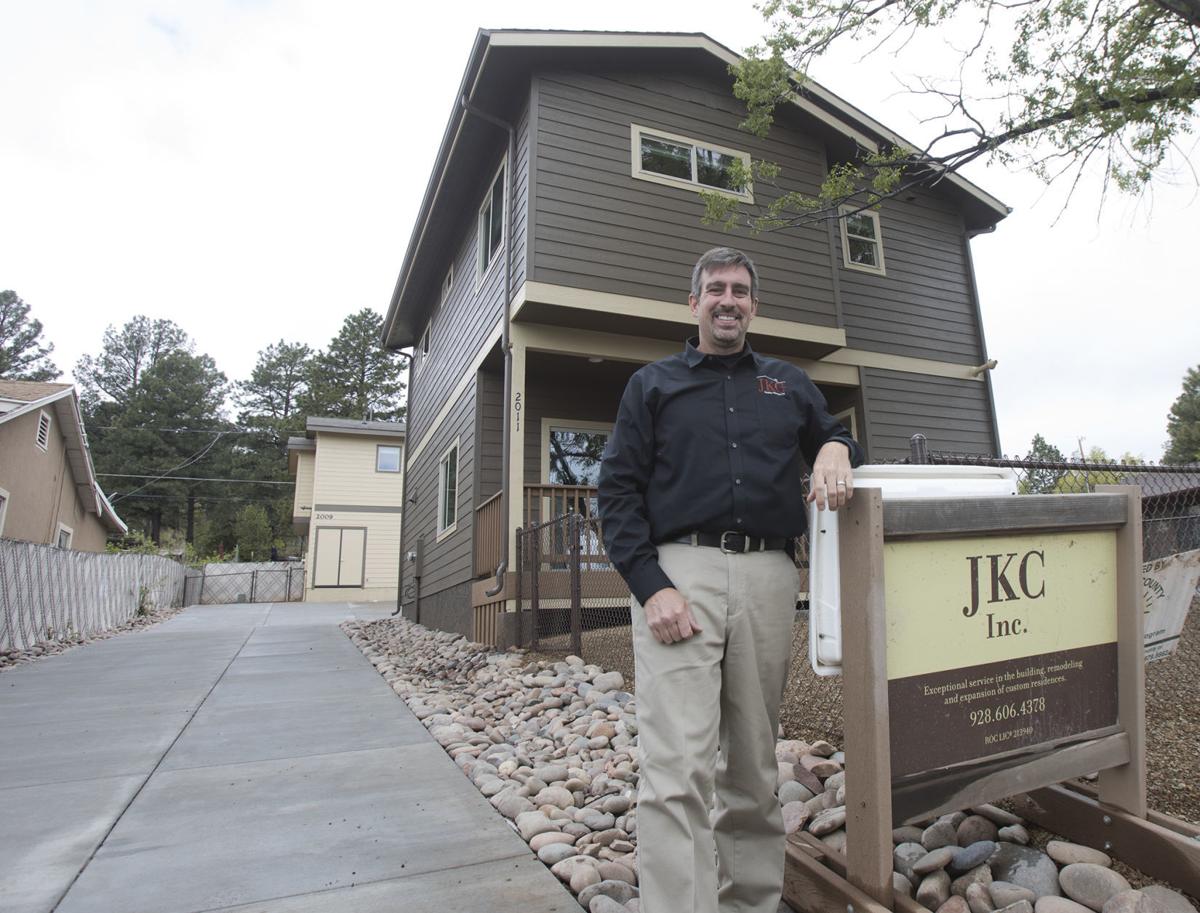 Jeff Knorr, the President of JKC Inc., stands in front of one of the 16 affordable homes the company has built in the Sunnyside neighborhood. 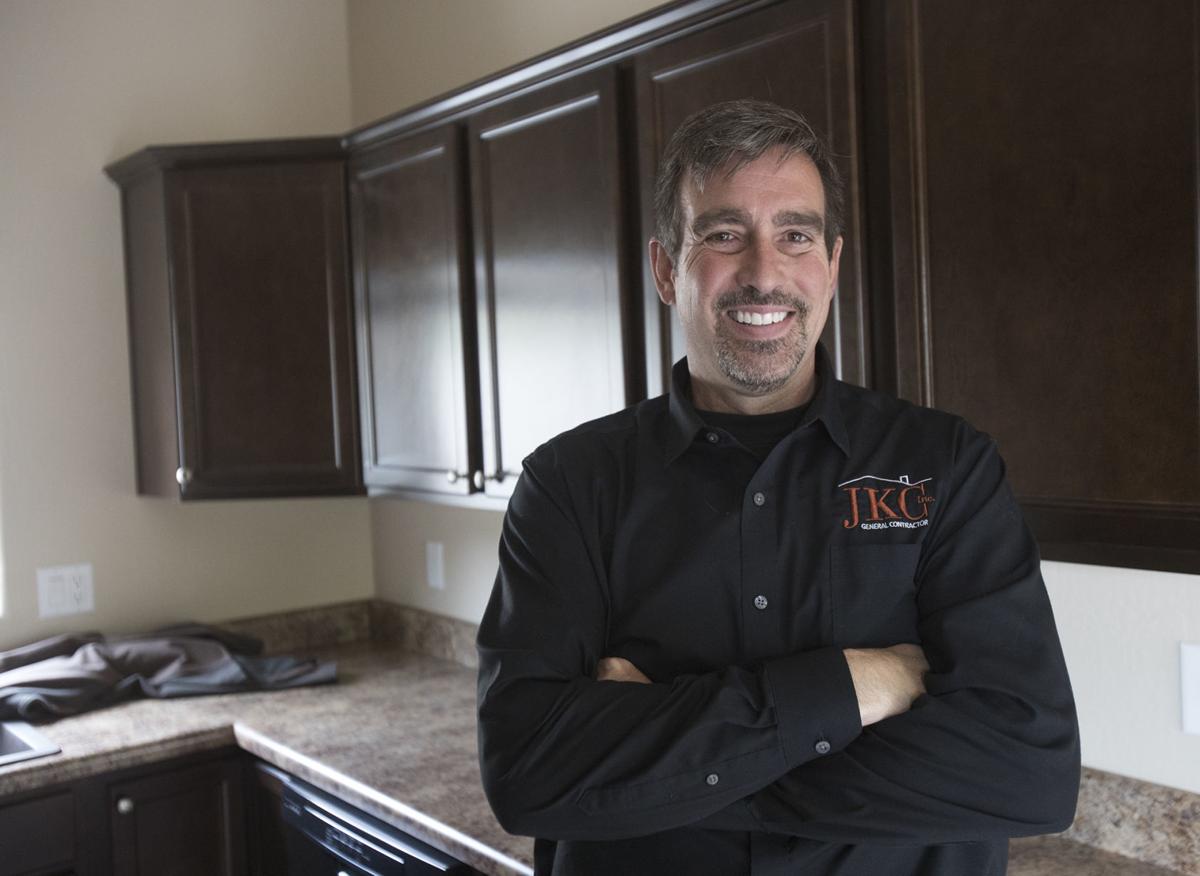 Jeff Knorr, the president of JKC Inc., stands inside one of the 16  affordable homes the company has built in the Sunnyside neighborhood.

In one corner sat a large plastic sheet and some paint buckets, remnants of some final touch-ups before a family calls the house home in only a few days.

This is the eighth structure of its kind, part of a project undertaken by Knorr and his company for the past four years, and there is more to come. The goal? Further revitalizing the Sunnyside neighborhood while adding much-needed housing in a city struggling with affordability.

Knorr said that in order to do this, the company has bought up vacant properties or those that have seen the structures inhabiting them condemned by the city. From there, they redevelop them into eco-friendly, single-family homes -- with a priority of being affordable.

Knorr said the project began when the company was hired to tear down a property that had been placed on the city’s list of distressed properties. After the structure was demolished, the owner was planning on selling the land, so JKC purchased it and submitted plans to the city to build a duplex in its place.

But when they approached the city about their project, Knorr said the city’s planning director Tiffany Antol pushed them to do better and get creative with the space they had.

“[She] challenged me to come up with a better design, something different, something that wasn’t like everything else in Sunnyside,” Knorr said.

The typical way to build in the neighborhood, Knorr said, is to build a duplex with a parking in the front and the buildings behind. They decided to reverse this trend. Instead of parking in the front, Knorr said they wanted to make the yard more of the focus, locating the parking in the middle of the property. In doing this, suddenly their duplex had split into two three-bedroom buildings, giving residents the feeling of a single-family home on an individual property.

But turning the design on paper into reality on the ground was not a simple prospect.

For one, Knorr said they had the challenge of the land's zoning.

Like much of Sunnyside, the properties they were building on were designated within the community commercial zoning code. This is designed to accommodate buildings that have commercial property or businesses on the first floor and residences above.

But Knorr said what Sunnyside -- and Flagstaff in general -- needs most of all is residential housing.

This zone also has required setbacks that, because of the width of the lots they were looking to develop, gave them only about 20 feet to actually build on, Knorr said.

Knorr said that in order to address this, they went again to the city planning department and Antol, who helped them to make the buildings work on the existing zoning.

For some of the properties that had never had structures on them, another challenge was connecting them to utilities.

Throughout that time, the affordability of the units built has been among their top priorities, Knorr said.

Knorr said they have been able to keep costs low for a couple of reasons. The first is by putting two houses on each piece of land. Knorr said that by doing so, they have essentially been able to cut the cost of the land in half.

That allows them to rent or sell two individual units while paying the same price for the property's land.

The houses are also a simple design.

“I’m not delusional; outside these things are not going to win any architectural awards unless it’s for infill,” Knorr said.

But looking good's not the purpose, he added. They are meant to get a family into a well-built, low-cost home.

And once they came up with a model that works, they have stuck with it, simply duplicating that model. This also cuts down on the costs, meaning they don’t need to design and engineer a completely new structure each time.

So far, they have acquired eight lots for the project set to produce a total of 16 homes -- all within Sunnyside. But after the eighth property is developed, the project might be at stop, Knorr said, due to the lack of available property.

Knorr said when they first began, they reached out to every owner of a property listed on the city’s distressed property list, but did not hear back from many people.

Knorr added he also hopes to break up the properties they have developed in half so people can buy each unit separately.

That would be a lot cheaper than having to buy the entire parcel, as is the case now, and means the residents would own their homes instead of renting them from JKC.

“Were committed to helping revitalize Sunnyside,” Knorr said. “We feel like were taking blighted properties and providing a safe, modern, energy-efficient housing.”

Love it! Great solution to the affordable housing problem. Thank you JKC Inc.

Curious what these homes will cost. The article does not say.

While I share your thoughts I’m not convinced that building new homes will result in “affordable” homes at least as far as my own situation is concerned. I rent a 2 bedroom apartment in the Sunnyside community. My rent has twice gone up within the last year. Being on disability my benefit doesn’t keep up with the cost well for everything now and any increase in such things as rent means cutting back on something else which includes my medications. So, for a lucky few who still can afford to buy a home here I wish you the best. I guess my next stop will be taking up a spot under an over bridge along I-40.