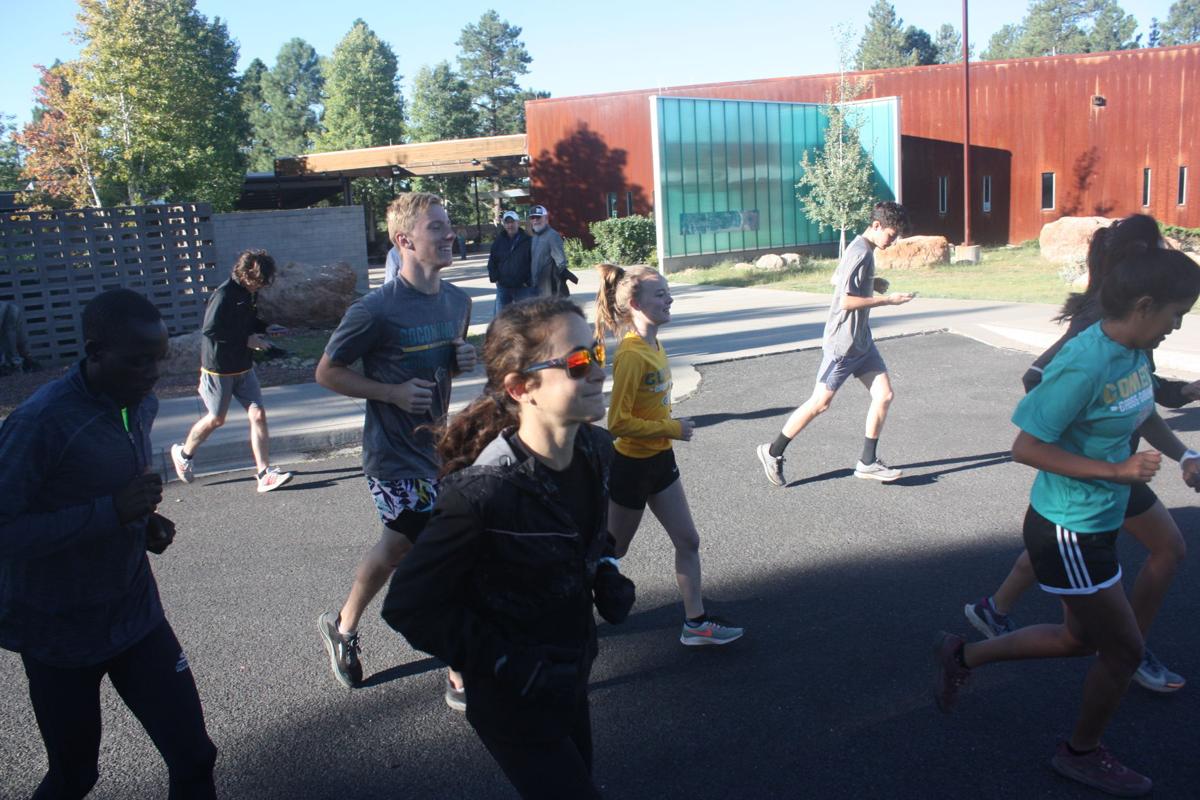 Collegiate and professional runners, including Molly Seidel, train together at Coconino Community College on Wednesday. 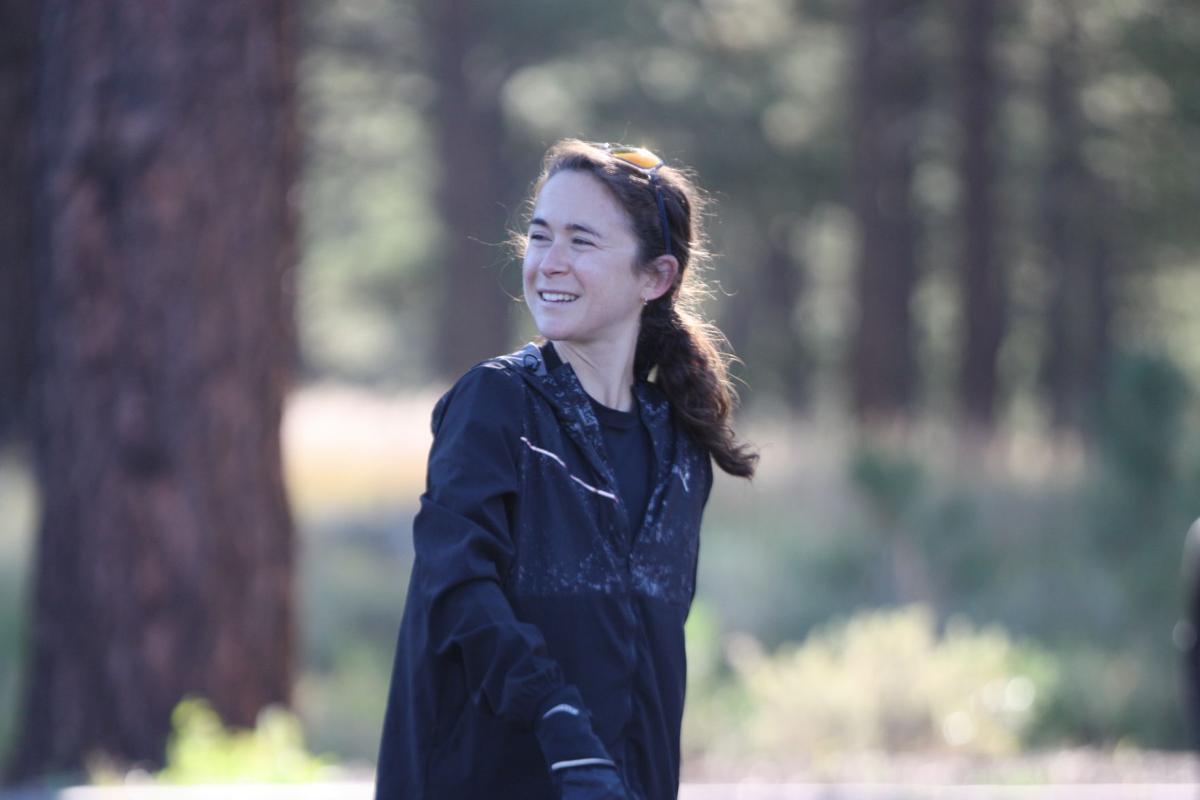 Craig Hunt, the coach of the newly formed Coconino Community College Comets cross country team, brought in a trio of ringers to spend Wednesday morning’s practice with his athletes.

The Comets hosted Molly Seidel, a longtime professional runner who won a bronze medal in the marathon event at Tokyo 2020 and is currently training for the New York City Marathon later this year. They also welcomed Edward Cheserek and Sharon Lokedi, both winners of NCAA long-distance running championships in their collegiate careers.

Hunt, who has worked with much of Flagstaff’s running community -- including several high-level athletes -- used his connections to bring these runners in to stretch and run with the Comets runners for a day.

For Seidel, the opportunity to be a small part of influencing the new team was enticing.

“I work with Craig a lot, all the time for my pro running, and getting to see him start and be a part of this program, starting up sports at CCC, is really cool. I feel really grateful to be here,” Seidel said. “I love connecting with other runners in the community, and it’s important to show people who are coming up through the sport where you can go if you stick with it.”

Just seeing the athletes walk out to the parking lot where the team was set to begin its run was enough to inspire CCC freshman Katlyn Potter.

“It’s intimidating, but it’s also a really cool experience. I saw Molly walk up, and I was like, ‘Oh my God,’ because I follow her on Instagram. I literally am looking at her posts all the time and know about her, and I think that’s a really awesome experience,” Potter said.

She added that having the professional runners there to guide them would work to make the Comets runners work even harder in practice.

“It definitely makes me feel like I’ve got to do a good job in this workout today,” Potter said.

The Comets competed in the George Kyte Classic at Buffalo Park in early September, the team’s first meet. CCC did not bring its entire team to the meet, and thus did not record a team score, but had runners make great gains in their first competition.

Hunt said since the team began practicing in August, he has seen tremendous improvement from his athletes. He said all of this season’s roster contains runners who were already enrolled at CCC before expressing interest in joining the team for the fall season.

Having a surrounding group of highly skilled athletes living in the city is just another advantage he is trying to give his roster.

“Flagstaff is a great community. And what I love about it is that the professional runners are willing to dedicate some of their time to inspire the younger runners, where they used to be as college athletes,” Hunt said.

The Comets will run more races in the coming months, including a conference championship race in October, while they will work toward recording personal record times and competing for a team title.

Regardless of the outcome, Hunt said, building a team from scratch -- cross country is the college’s first competitive sport -- and seeing growth over the past few months has been rewarding.

“It was really exciting. It was a new world for everybody. We’re all walking into the room not knowing each other and how we work together. But now having practiced and gotten to compete, it’s feeling much more comfortable. Now it feels like a team and we’re getting better each week,” he said.

They all arrive as if they are arriving for work – on time. They are all smiles as they meet Jen Green-Vance, president and CEO of Strides 2 T…

Collegiate and professional runners, including Molly Seidel, train together at Coconino Community College on Wednesday.