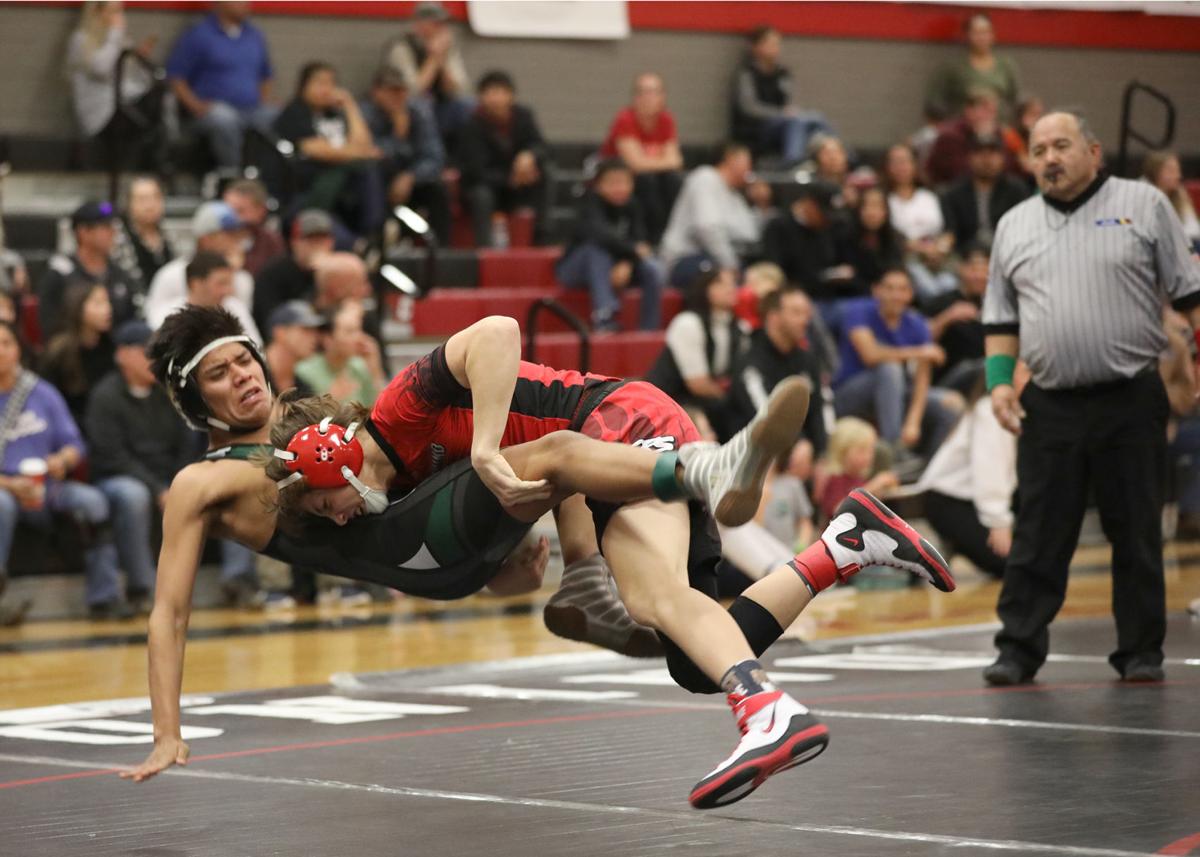 Coconino’s Pedro Billups, right, gets airborne as he flips his Mohave opponent during a match at Coconino High School. 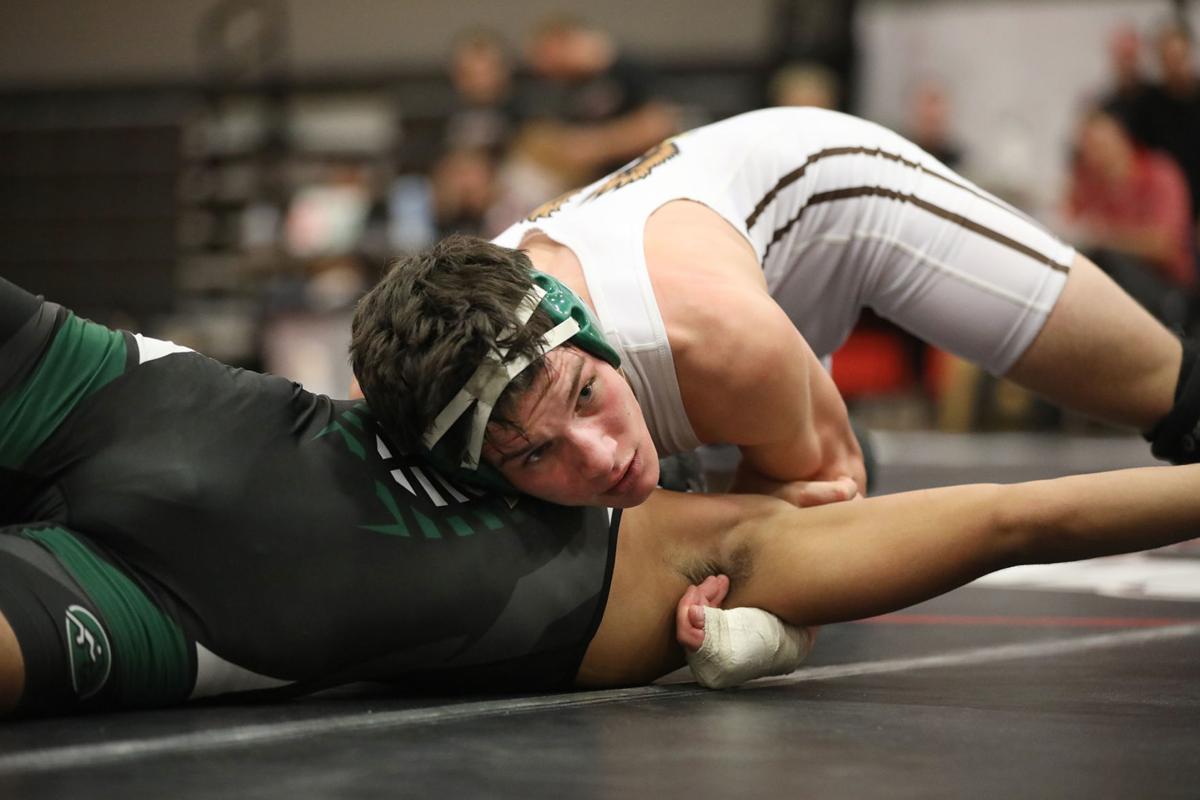 Flagstaff's Zach Collins (top) wrestles against a Mohave opponent during a meet at Coconino High School on Wednesday. 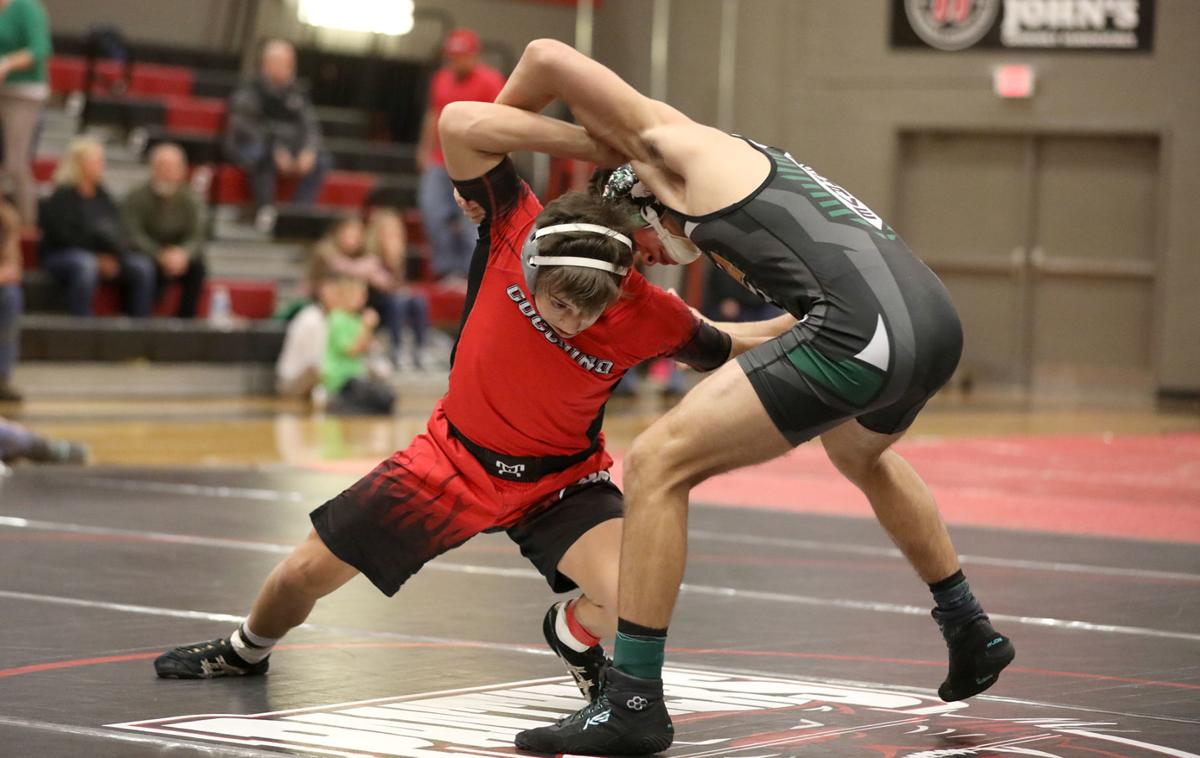 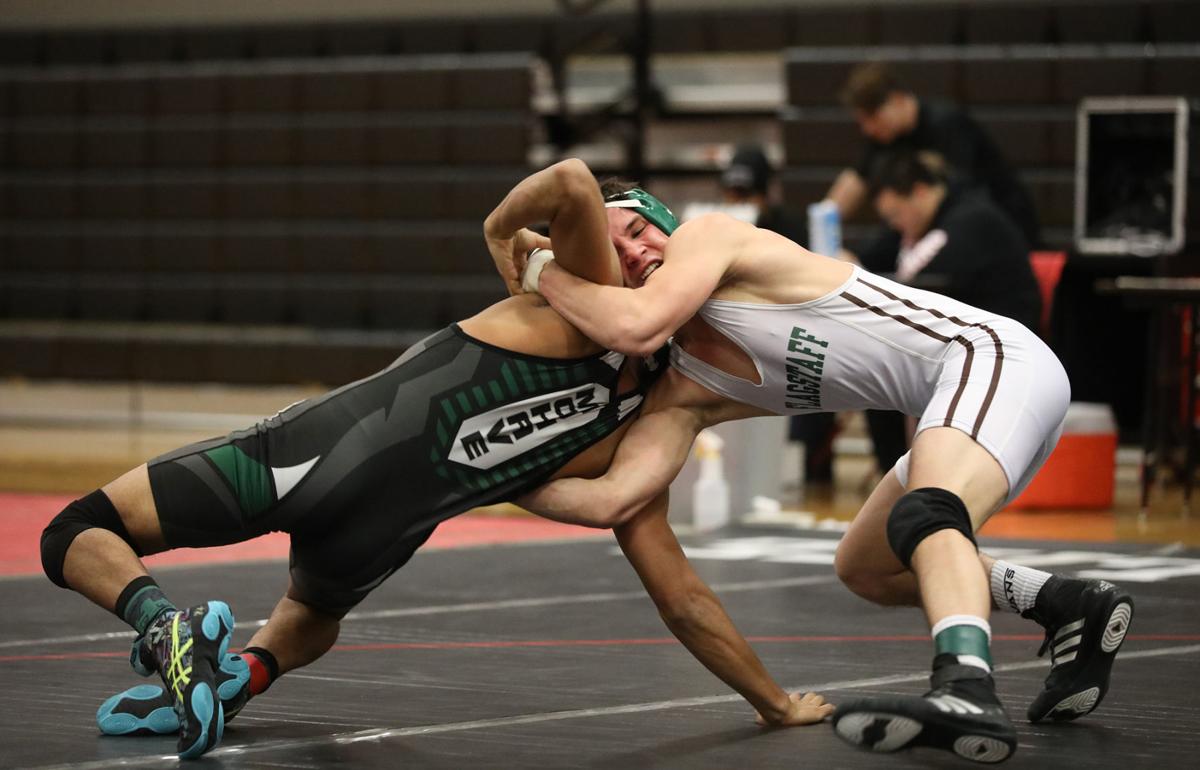 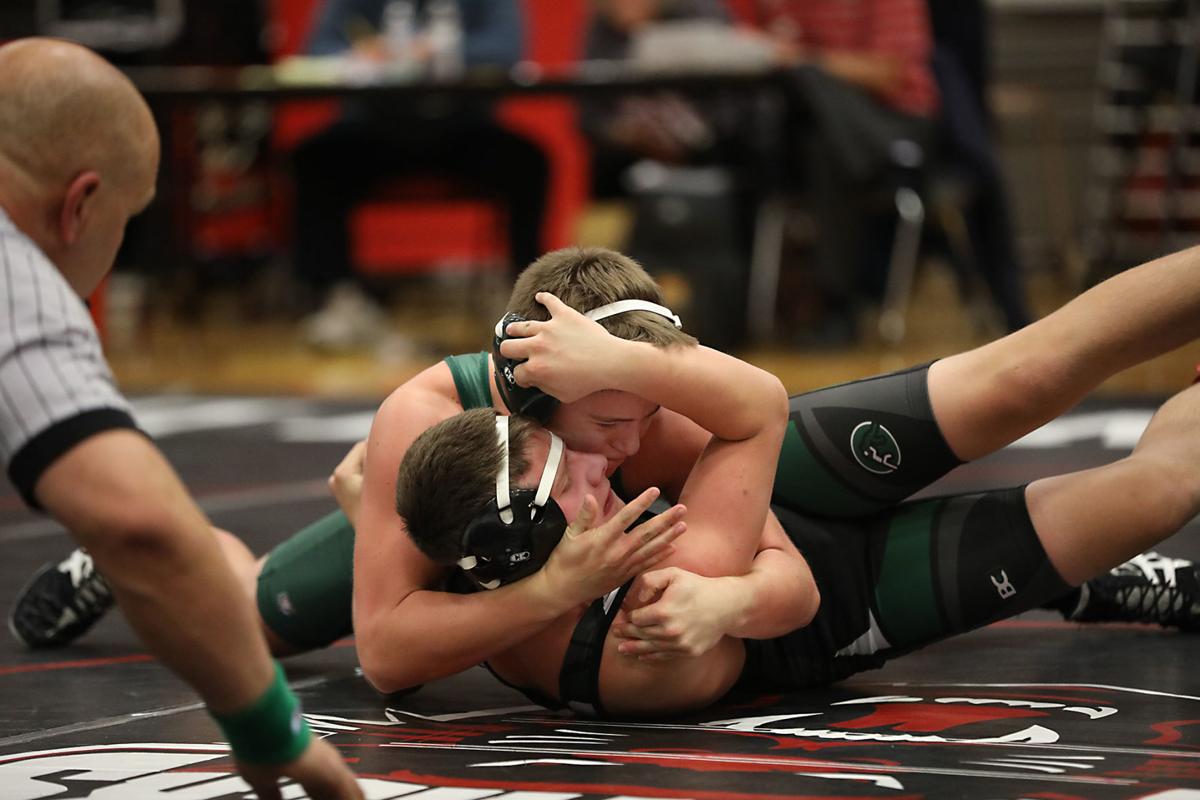 Coconino’s Pedro Billups, right, gets airborne as he flips his Mohave opponent during a match at Coconino High School.

Flagstaff's Zach Collins (top) wrestles against a Mohave opponent during a meet at Coconino High School on Wednesday.

Coconino Panthers head coach Mike Schmieder has good reason to think there are "good things to come" for his wrestling team.

Coconino opened the season at home with a 4-0 team performance on Wednesday, including a win over crosstown rival Flagstaff, and five of its wrestlers came away with 4-0 marks and two at 2-0 while splitting time at the heavyweight class. The Panthers were put to the test right off the bat, with the lighter weights wrestling up in class to start the day.

"They spend a lot of time wrestling," Schmieder said of his team that is made up of a balance of youth and upperclassmen. "I thought we were doing the right thing by bumping them up to get them good, hard matches to begin with. Kinda backfired a little bit, maybe I expected a little too much on the front end, but it was good for them."

Haiden Kendall, wrestling at 145 pounds, had a true 4-0 day on two pins and two wins by decision for the Panthers, who opened the multi-meet with a 47-36 victory over Mohave. The senior battled Flagstaff's Zach Collins, who finished his day with a 2-2 mark, to get the 15-10 decision. Kendall had a bloody nose all day, but it didn't slow him down.

Schmieder said he knew Collins would be a test for Kendall, who was injured and missed last season, and added that his 145-pounder executed his game plan well against the Eagles' returner.

Flagstaff finished its day with a 1-3 team record. Collins had two pins, lost on a decision and was pinned by a Blue Ridge wrestler.

"I think the tone's been set that we are looking for a state championship as a team," Panthers senior Pedro Billups said after the meet ended.

Billups, coming off a state champ 2018-19 season for the Division III Panthers, finished 4-0 with two technical falls and one true fall to go with a win on a forfeit. He wrestled at 126 to start his day against Mohave and then dropped down to 120 for the rest of the season-opening mutli.

"That's our team. We work hard, wrestle hard, we grind it out, and all of us bumped up and showed that we can wrestle," Billups said.

Noah Merrell also recorded three pins and a win on a forfeit for Coconino, which only trailed Mohave a few times but never had to overcome a deficit against its three other opponents. Kendall got Coconino back its lead against Mohave at 23-18 with his pin, and the Merrell brothers provided two more falls in order to help the Panthers keep a lead the rest of the way. Reed Merrell went 2-2 with a fall and a forfeit win.

Coconino's Michael Woods and freshman Cooper French finished 3-1, with both losing while wrestling up against Mohave. Schmieder he wouldn't be surprised to see his one-loss guys "turn the corner" this weekend when the team is in Cottonwood.

But Woods and French rolled after the Mohave losses, with the former getting three pins and the latter earning a tough 5-4 decision against a Blue Ridge wrestler before adding on a first-period pin against Chinle and a second-period pin against Flagstaff's Ethan Dike-Muchow.

Cooper, wrestling at 132 pounds for most of the day, used a late near fall to take the lead in the third period and held off his opponent for the final minute.

Flagstaff was led by Oleksiy Evtimov at 195 pounds, as the junior finished with a major decision win over Coconino's Damingo Pimentel to go with two pins and a forfeit win. Also going 4-0 for the Eagles was Jelemy Jones, who went for two falls and two forfeit wins.

Philemon Wachara had a solid day for Flagstaff, going 3-1 with a pin at 220 pounds. The Eagles also saw 113-pounder Logan LoBue and 126-pounder Holden Sena, a freshman, both go 3-1. Sena had two pins and one decision win but lost to Woods on a fall.

Tiberone Clarke and Ulises Gutierrez went 2-0 apiece at heavyweight for Coconino. Both got a win on forfeit.

"It's a good start, a real good start to the season," Schmieder said.