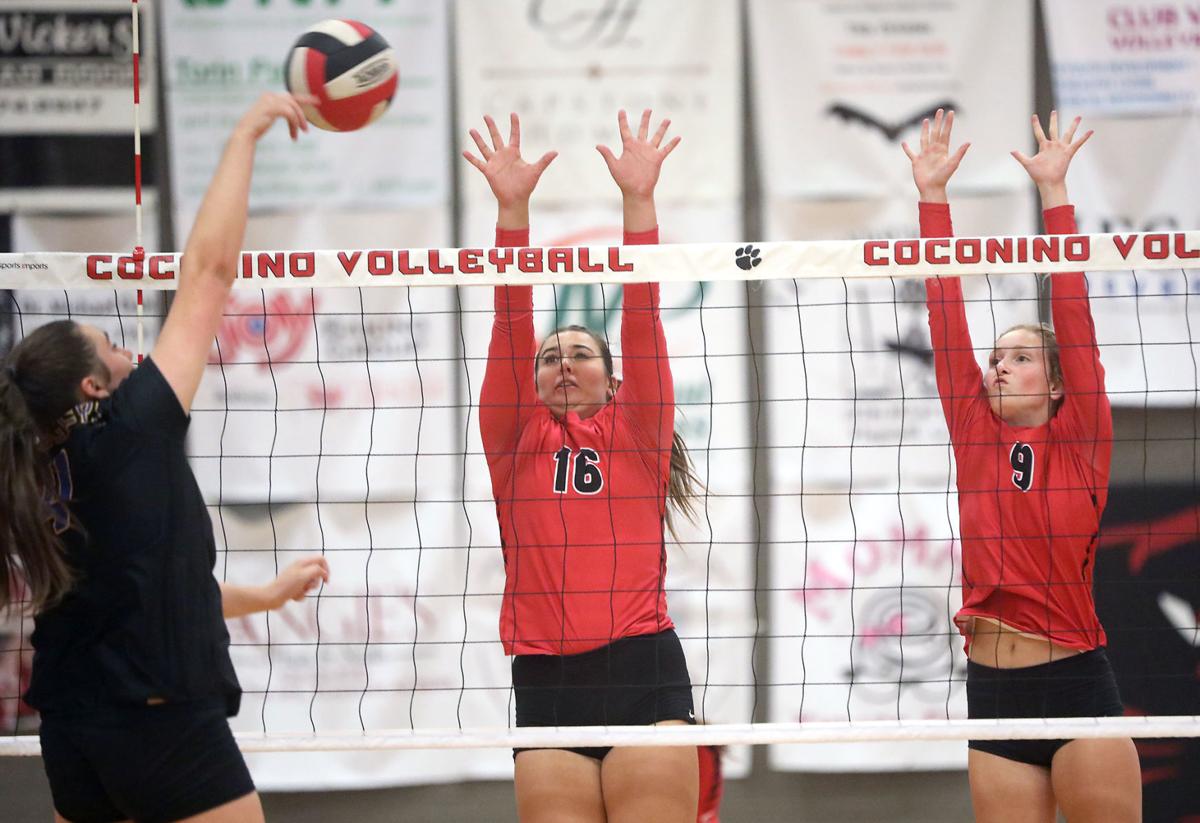 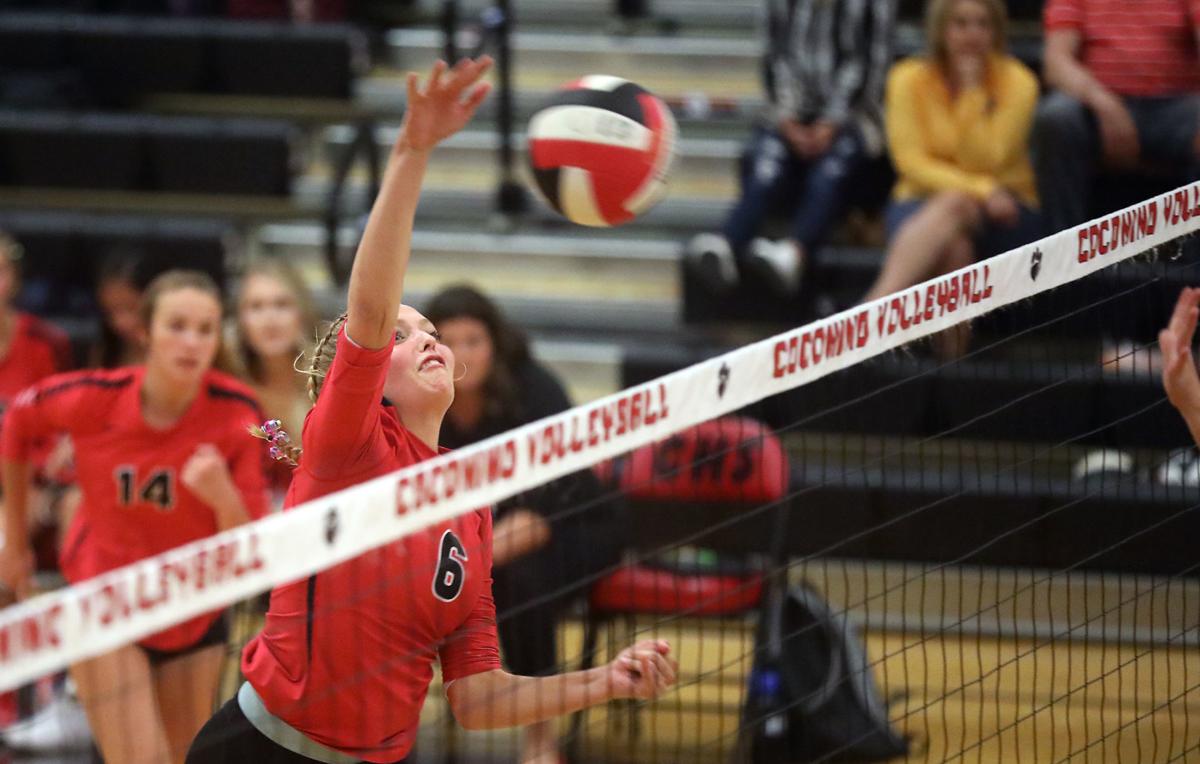 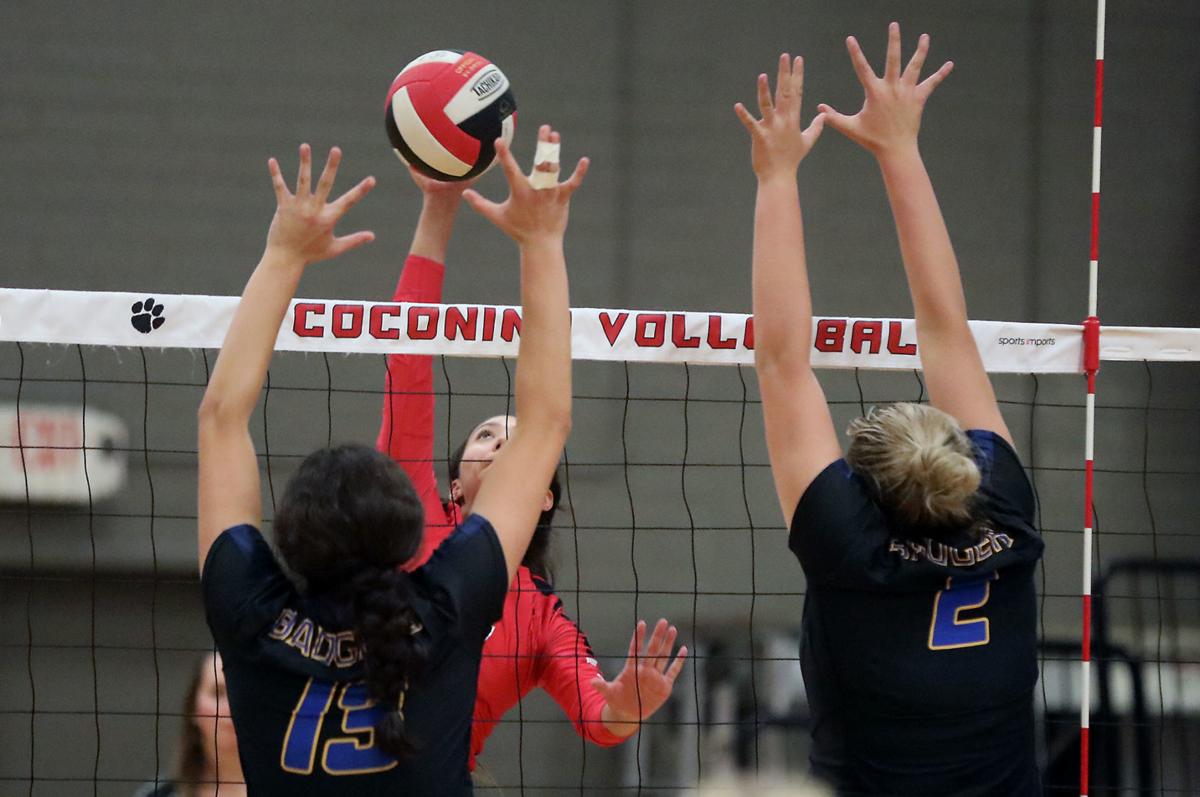 The 4A Conference Coconino Panthers volleyball team hung in with the Prescott Badgers at home for much of the match between Grand Canyon Region rivals.

However, a few missed chances Tuesday allowed the Badgers to pull away and build momentum in crucial moments as the Panthers fell 25-20, 25-23, 17-25, 25-17 at Coconino High School. Coconino dropped to 1-3 overall and 0-2 in the Grand Canyon Region while Prescott improved to 3-2 overall and 1-1 in the region.

"Honestly we did a lot of what we practiced -- which is really nice to see," Panthers head coach Serena Wallace said. "We took a little bit to respond. Instead of responding quicker to something that we saw, we took a few points to get back into it. So, that's just us being a young team and having inconsistency that we are working on."

Brooke Parker had seven assists, one ace and two kills, Rikenna Curtis had 12 kills and Megan Hicks added five kills and one ace for the Panthers.

Prescott's Kate Radavich made her presence known early and often as she led the way for the Badger's attack with about 14 kills, terminating the ball from all spots on the court.

Containing Radavich was a point of emphasis for the Panthers, who adjusted well to Radavich's strong attack between the third and fourth sets. She had a strong third set, registering four kills, but the Panthers still won the game to avoid to the sweep.

Coconino struggled to open, dropping the first set with a slow start and then allowing Prescott to come back from a 16-9 lead in the second set. Coconino led for most of the stanza, until Prescott took its first lead of the second at 21-20. The teams traded points until the Badgers rattled off a kill off Radavich and then an error on a return to win the second set 25-23.

In the third set, Coconino used an 7-3 run to pull ahead 16-11 after leading Prescott 9-8 early in the set. During the run, the Badgers committed three hitting errors to give the Panthers free points.

For a moment in the third set it looked like the Badgers were going to make a comeback, but a close call on a Prescott block that was eventually called out by the referee pulled momentum back to the Coconino side. That put the score at 17-12, and the Panthers closed the set on an 8-5 run to close -- doing enough to hold off Prescott's attempted rally with a kill by Mireya Cabrera to end it.

The Panthers block came alive in the fourth against Radavich, but Coconino couldn't hold and answer when needed. Down just 10-9 early, the Panthers looked like they were in for another close set with hopes to force a fifth. But the Badgers responded with a quick 7-2 run to extend their lead over the Panthers to 17-11.

The six-point deficit stayed until the Badgers dropped two straight on a kill by Sammy Spangler and an ace to win the fourth 25-17.

"I'm unhappy with the loss, but I'm not unnecessarily unhappy with my team," Wallace said, adding that there were still many positives the Panthers can take out of Tuesday's loss.

Coconino will next travel to face the Greenway Demons (3-1 overall), who just lost their first game of the season 3-2 to Deer Valley, in Phoenix.