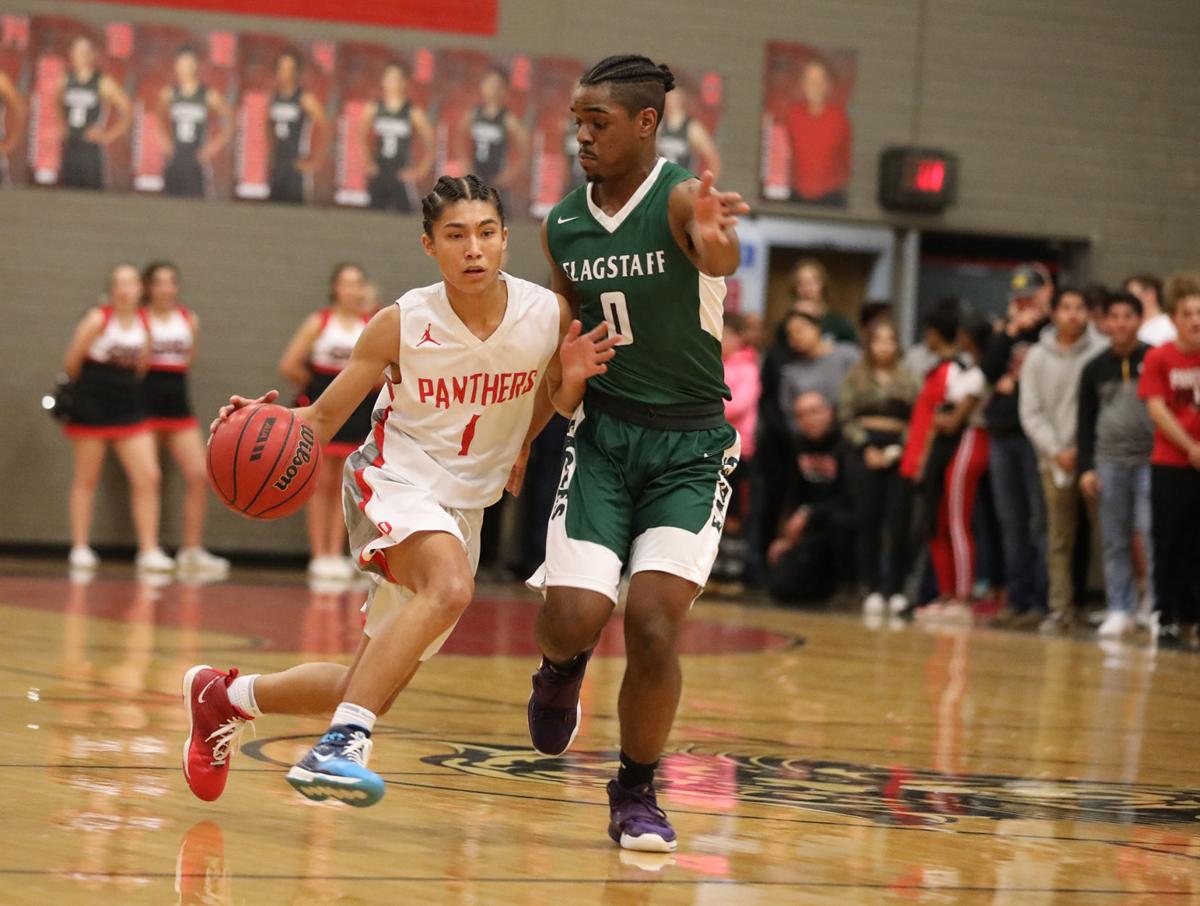 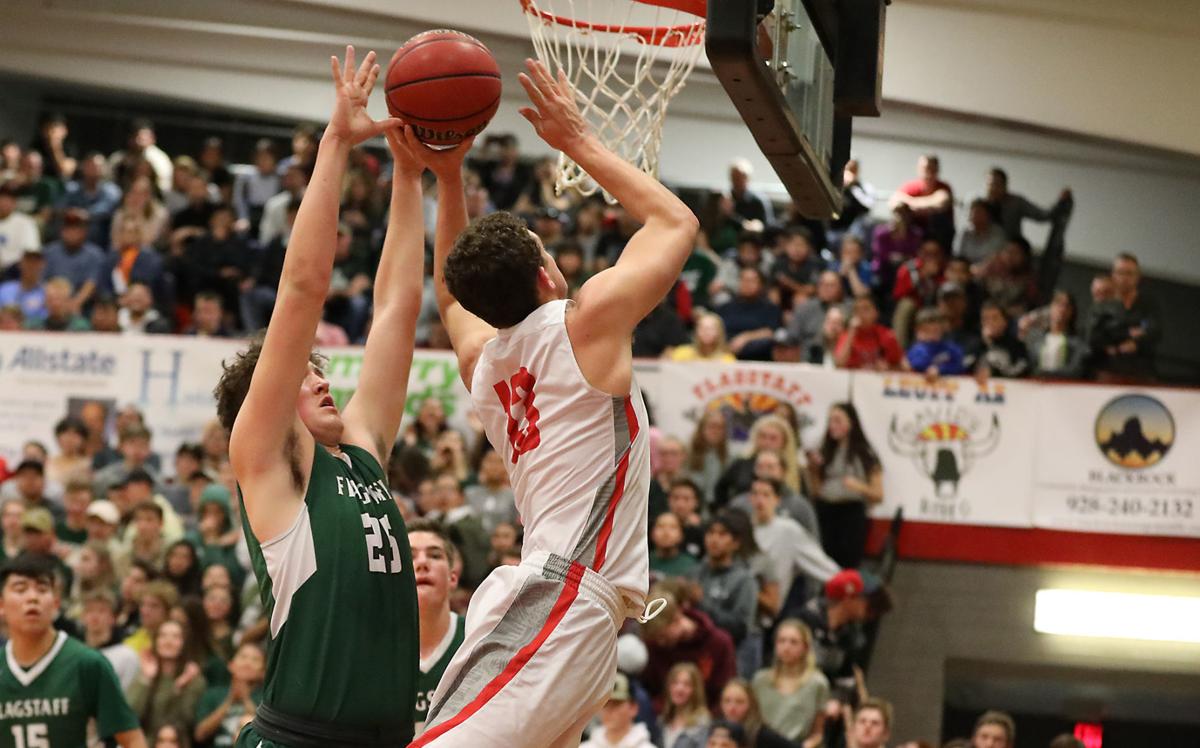 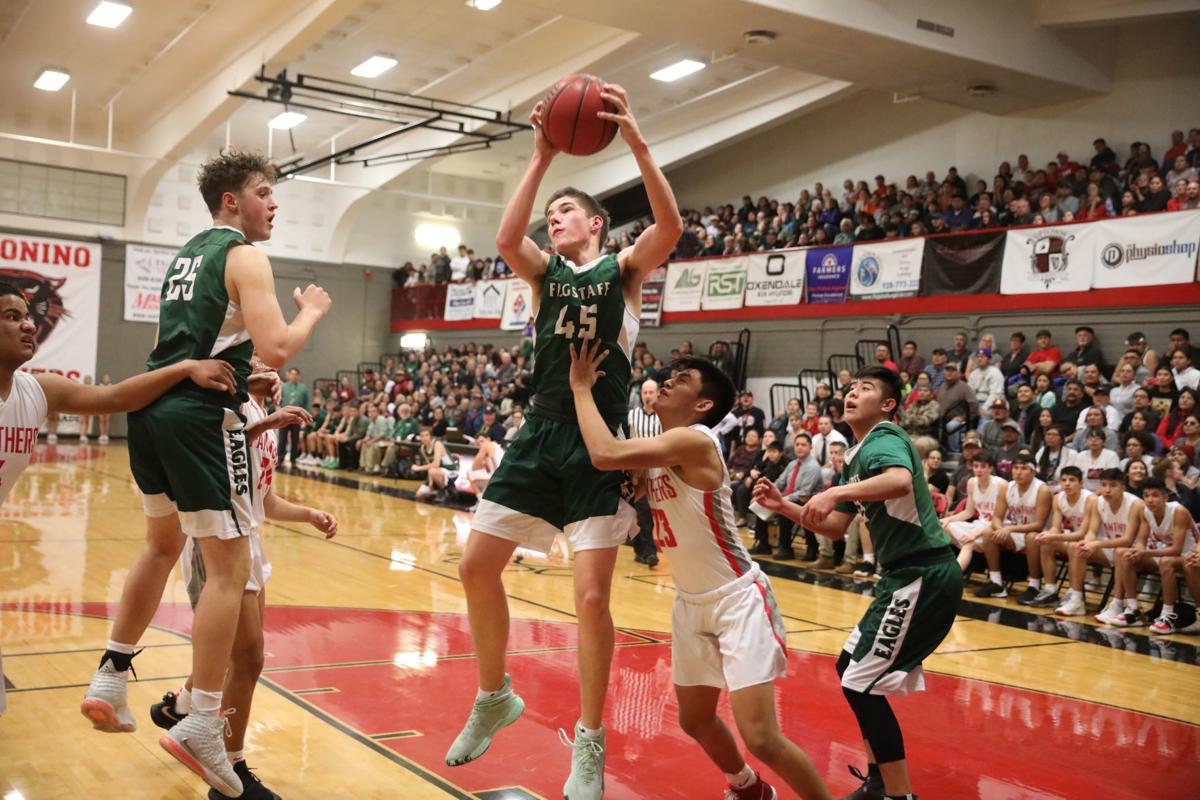 Flagstaff’s Tyler Centner (45) grabs a rebound Friday during a game against Coconino at Coconino High School. 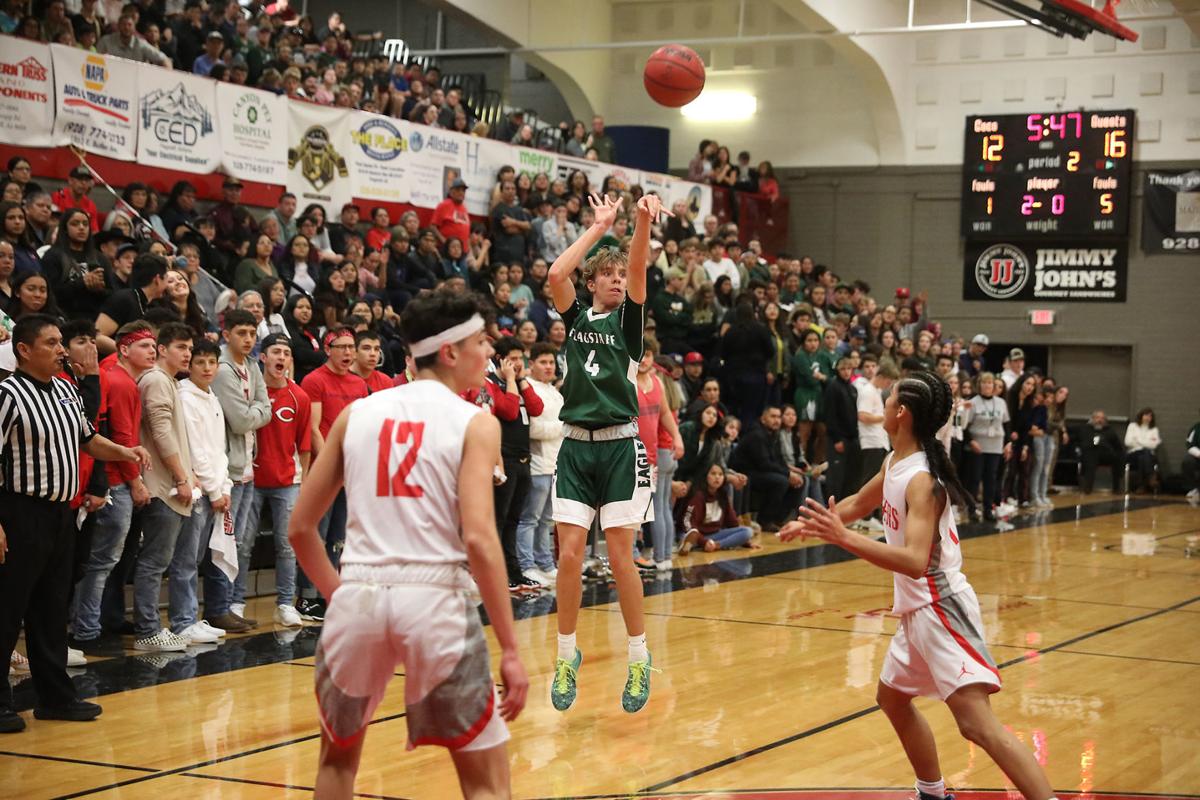 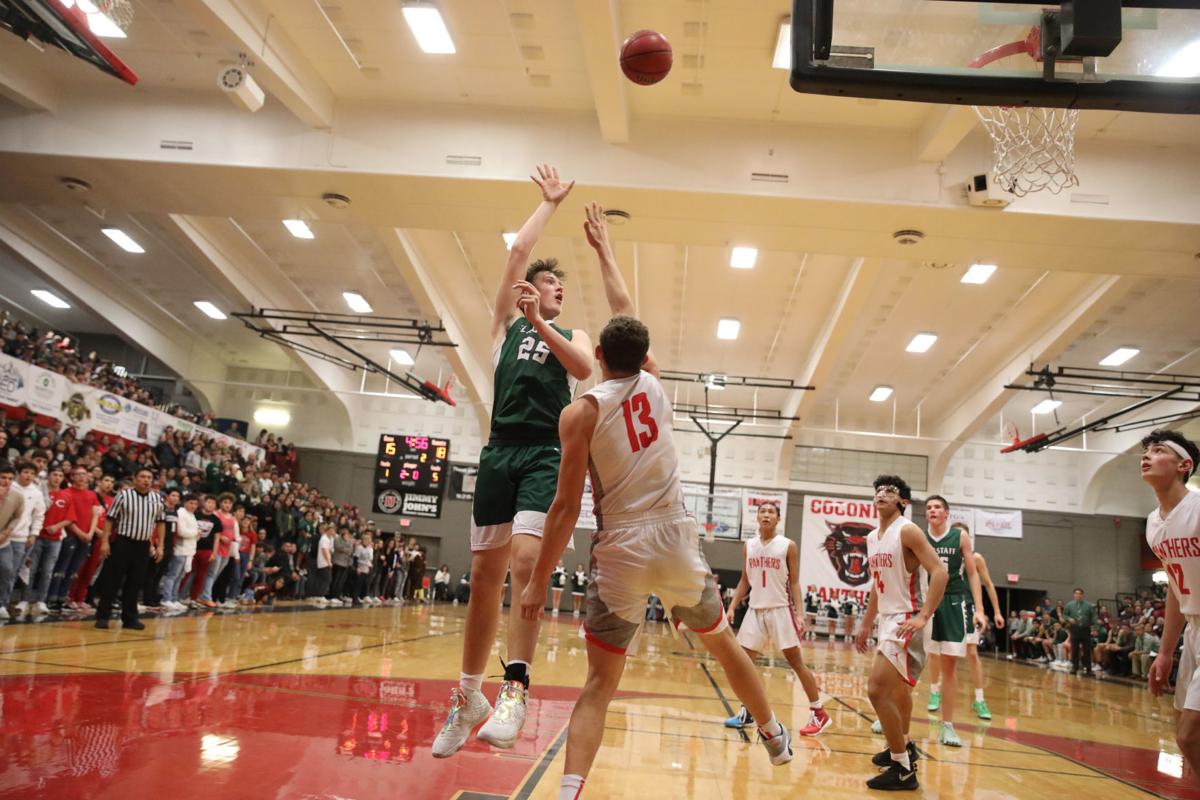 Having already clashed in the Pepsi Holiday Tournament in December, Flagstaff and Coconino had a solid idea of what to expect out of Friday's regular-season match-up.

Throw in that Coconino entered the day spotless in the Grand Canyon Region -- wanting to stay that way and keep a pesky Eagles team at bay -- and there's a recipe for another exciting game between the crosstown rivals.

Much like in the holiday tourney, the Panthers got the best of the Eagles in a 63-55 win, this one at Coconino High School as the home team rallied back from a late fourth-quarter deficit.

As Panthers head coach Mike Moran said after the win, his team went to work.

"It's about hard work," Moran said. "If I leave anything with these guys, it's about determination and learning to work hard in this life and make something of yourself. We talk about it all the time, my grandfather's motto, 'You never respect a man who doesn't go to work.' So we go to work. Forget about the score, just keep digging."

Just a season ago the Eagles came into the Panthers' gym and won on a buzzer beater, making Friday's win a bit more sweet for Coconino.

"I feel good, it was a tough loss last year and we were able to get them back on our home court," Panthers guard Preston Olney said.

Panthers big man William Mcmenamin scored six of the 12 points in the run as he flipped the switch from the first half where Flagstaff's bigs Nick Morrow and Tyler Centner dominated the paint.

"(Eagles head coach Nick Walton) has done such a great job with this team," Moran said. "They've improved so much, and I'll tell you what, they are playing free and easy, hitting 3s and playing good D. ... This is exactly what I thought it was gonna be."

With his team leading just 51-49 over Flagstaff, Jacob Begay raced down the court off a missed layup by Centner, beating everyone for a layup and a two-possession lead.

The layup by Begay kept the run alive and allowed Coconino to play more patiently, forcing the Eagles to begin to foul to stop the clock. Coconino went 9 of 10 from the free-throw line in the final three minutes of the game to close out the win.

The rest of the game was more of a struggle from the line as the Panthers went just 17 of 30 from the charity stripe.

The Eagles led for most of the night after opening with a 16-5 first-quarter lead. The Eagles were the better 4A Conference team early, cutting apart the Coconino defense with crisp passes inside for easy buckets as six different Eagles scored in the opening period.

Flagstaff jumped ahead by eight to start the third quarter until Coconino chopped away at the lead to get it back within one possession.

Olney led the Panthers with 19 points including four treys and a 4-of-5 night from the foul line. Centner led the Eagles with 15 but was held scoreless in the fourth quarter.

Lancaster added 13 for Flagstaff and Morrow chipped in 12. Jacob Begay scored 13 for Coconino and hit a momentum-swinging 3 off an offensive rebound that Mcmenamin caught while falling to the ground.

Following the win the 4A Conference Panthers hold a one-game lead in the Grand Canyon Region standings ahead of Lee Williams (7-3, 5-1). Flagstaff now sits at fourth in the region standings.

Flagstaff’s Tyler Centner (45) grabs a rebound Friday during a game against Coconino at Coconino High School.