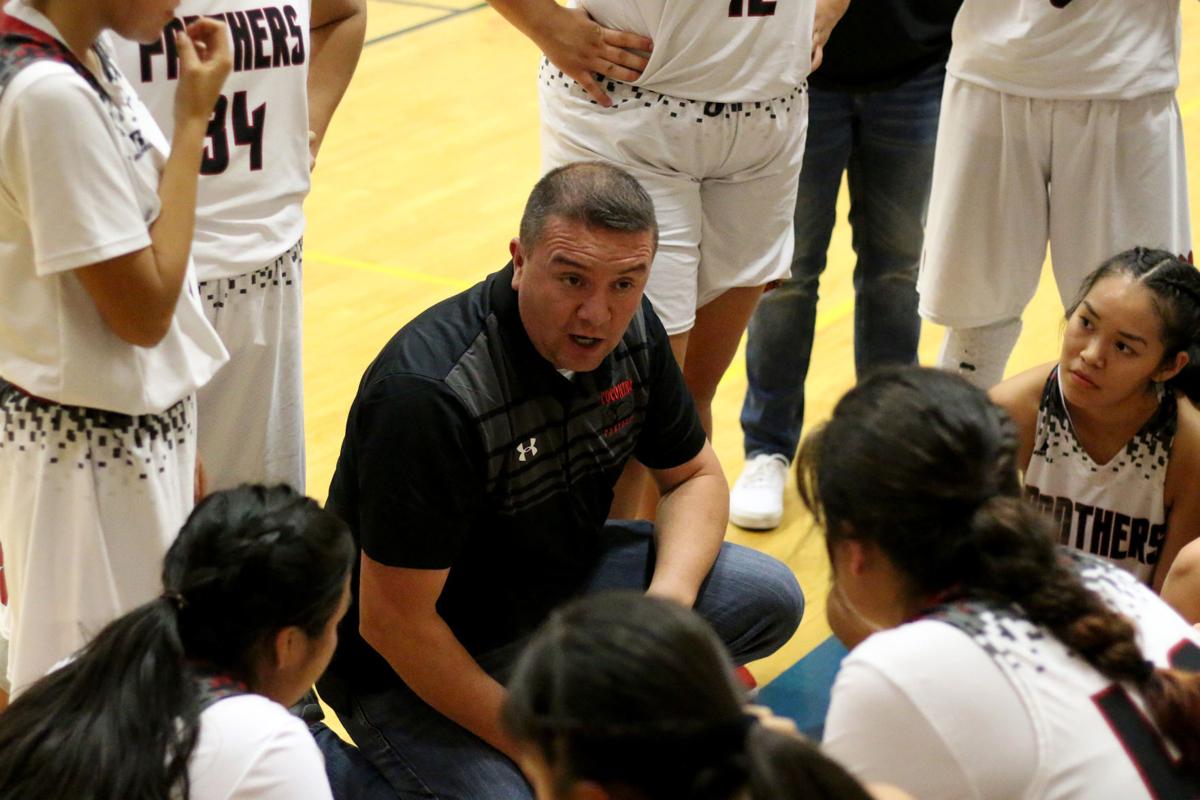 Last season was a difficult one for the Coconino Panthers girls basketball team and head coach Martin Reyes, but this year the longtime coach sees a chance to get back to contention.

“I wore it on my sleeve last season,” Reyes said of the struggles a year ago. “It was just tough, but I like where we are at. Early on we are gonna be challenged by our schedule. We have a very tough start.”

Even though Reyes did say the team has come into the season a bit out of shape, and that he isn’t quite sure what to fully expect from his roster, there is plenty to be optimistic about for the Panthers.

With a key transfer from Tuba City in Wynter Huskie, returning leading scorer Kiana Manuelito and a number of other top contributors the talent to contend is there -- Coconino just needs to piece it all together.

Just like their counterparts on the boys team, the Coconino girls squad will turn to the reigning Grand Canyon Region Defensive Player of the Year to up her game offensively this season.

En route to winning the award, Manuelito led the Panthers in scoring at 10.1 points per game, upping her production after Oniah Barton-Paddock and the program parted ways midway through the season. Manuelito added 5.6 rebounds and 3.2 steals per game as her team went 10-9 overall for the power-points schedule and 7-5 in the region -- doing enough to sneak into the 4A Conference tournament play-in round.

Marilee David and Mahala Long anchor the Panthers inside the paint after the pair combined to average 10.6 points, 11.4 rebounds and 2.9 steals per game.

Charity Saganey should see more minutes as the team’s third big, fitting in as an X-factor according to her head coach with her size and athleticism in Reyes’ two-big system.

While the play of the Panthers post players is expected to play a massive role in their success, Reyes is looking for Huskie to fill a scoring need on the perimeter this year -- that is once she can play.

Per transfer rules, Huskie won’t be available until Coconino's 10th game of the season at Mingus Union on Jan. 10. Reyes described the transfer as an explosive athlete with a high basketball IQ.

Huskie led the team with impressive scoring during the fall league, averaging 20-plus points per game in the Valley as she gave a glimpse at what she can bring to the Panthers offense once cleared to play.

“She sees the floor well and she’s a great anticipator,” Reyes said. “She is one of those basketball players that sees things happening before they happen.”

The addition of Huskie and production of other role players should give Manuelito more room to work offensively and alleviate pressure from opposing defenses. With all that in mind, Reyes is hoping to see her assert herself more often than she did a year ago.

“I look for her to be more assertive,” Reyes said. “ ... But also lead our team vocally. We’re a very quiet team except for Marilee David, she’s a barker. She gets on girls, she leads.”

The Panthers open the season with a home game Tuesday against St. Mary’s.

Tuesday’s tipoff is set for 7 p.m.