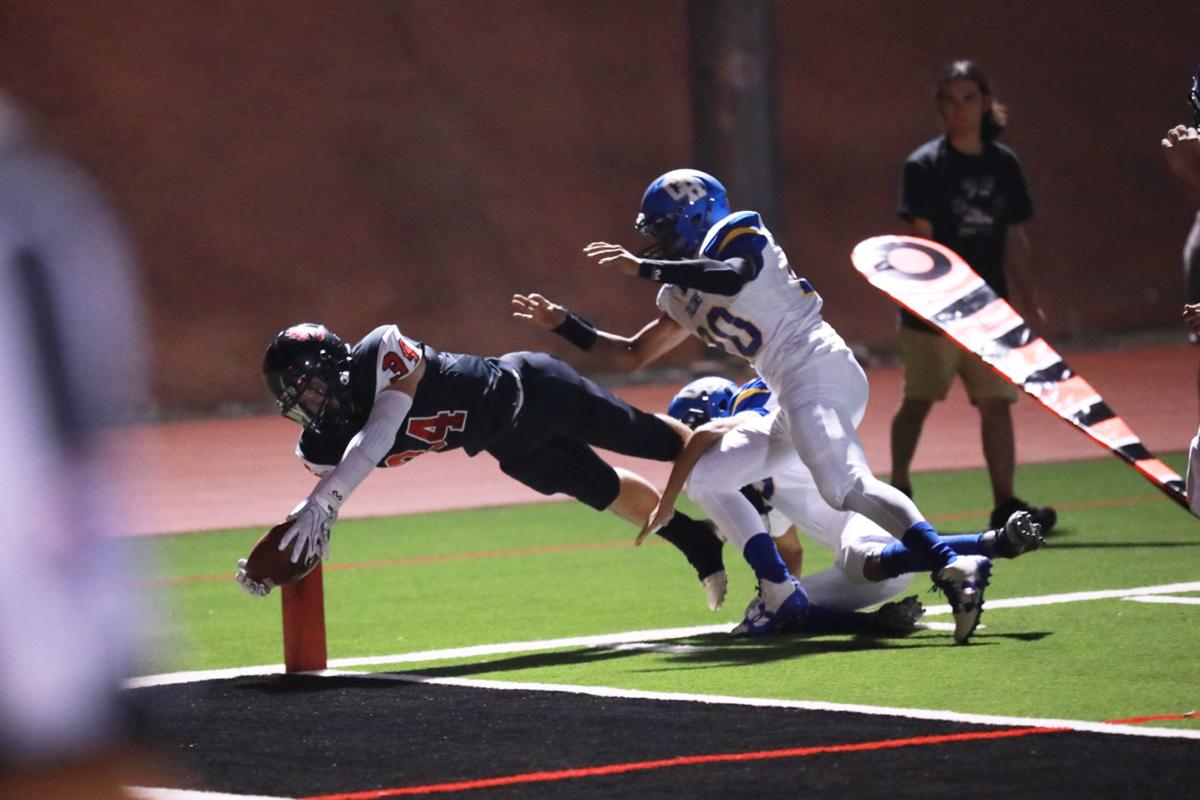 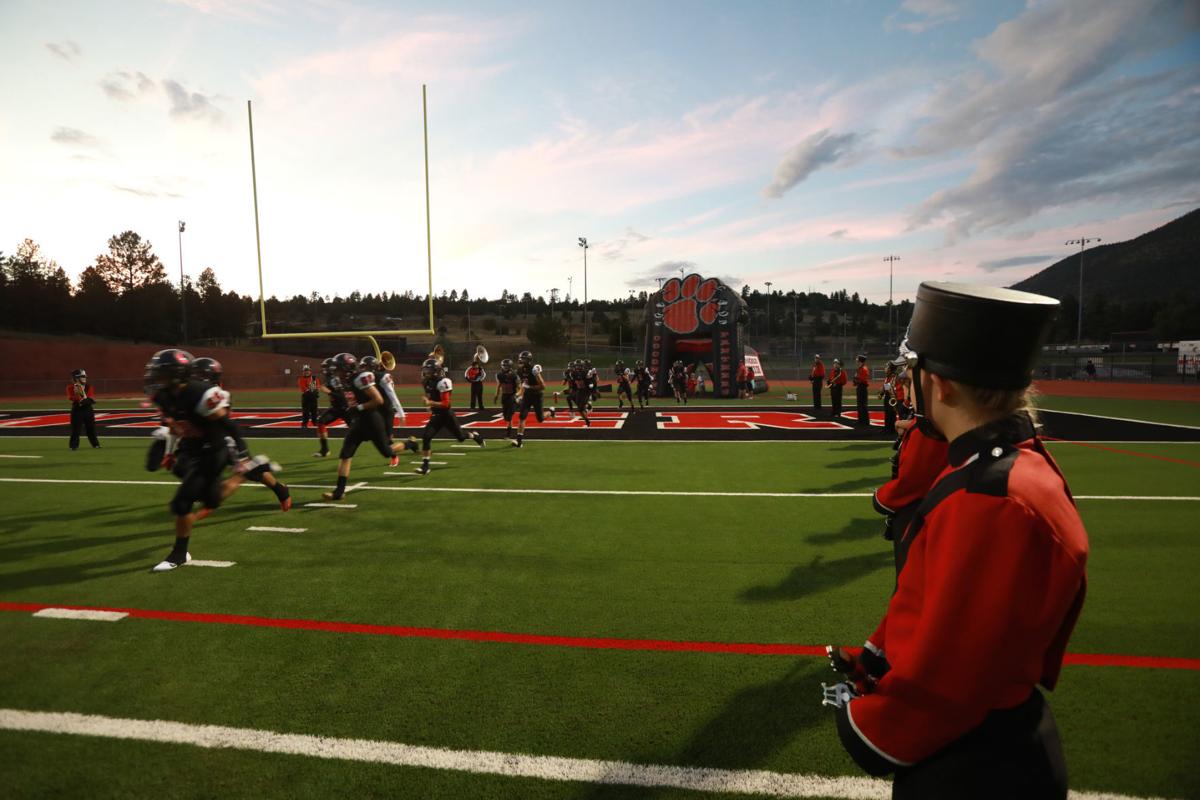 Members of the Coconino High School marching band watch as the football team takes the field for Friday’s game against Carl Hayden at Cromer Stadium. 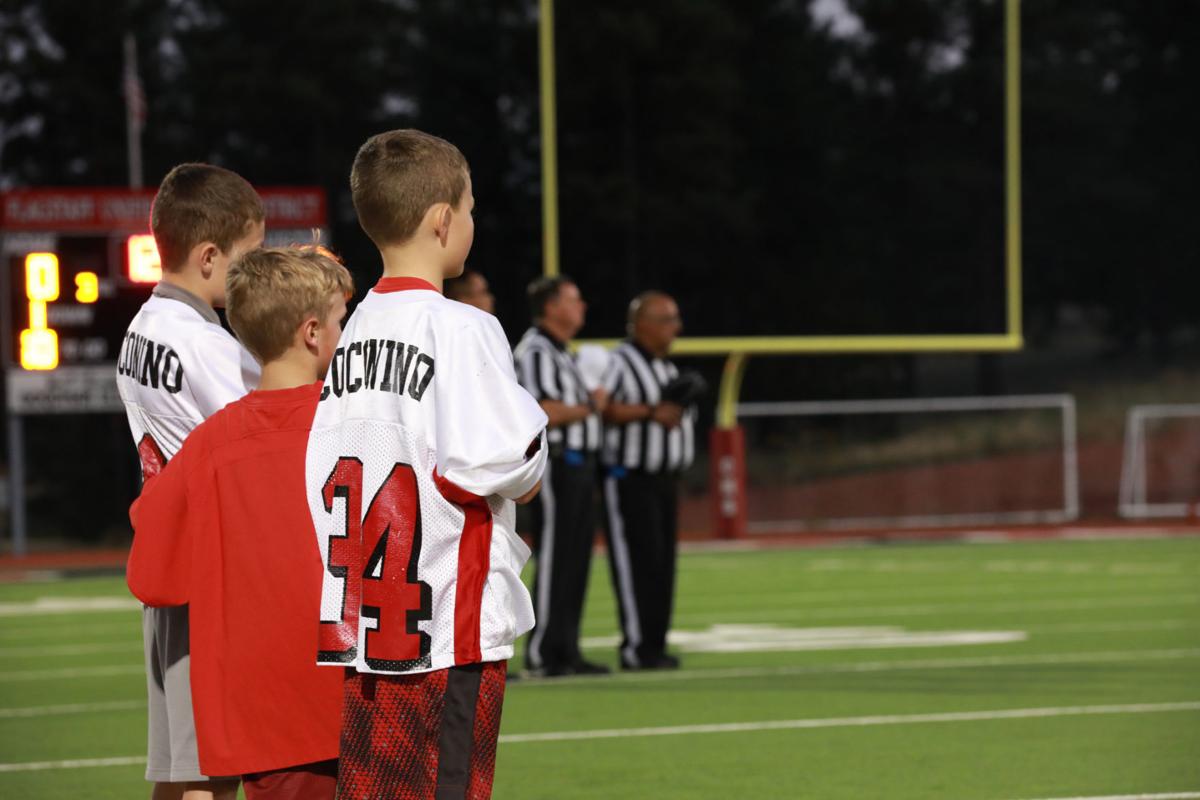 The Coconino football ball boys stand under the lights of Cromer Stadium Friday during the National Anthem just before Coconino’s game against Carl Hayden High School. 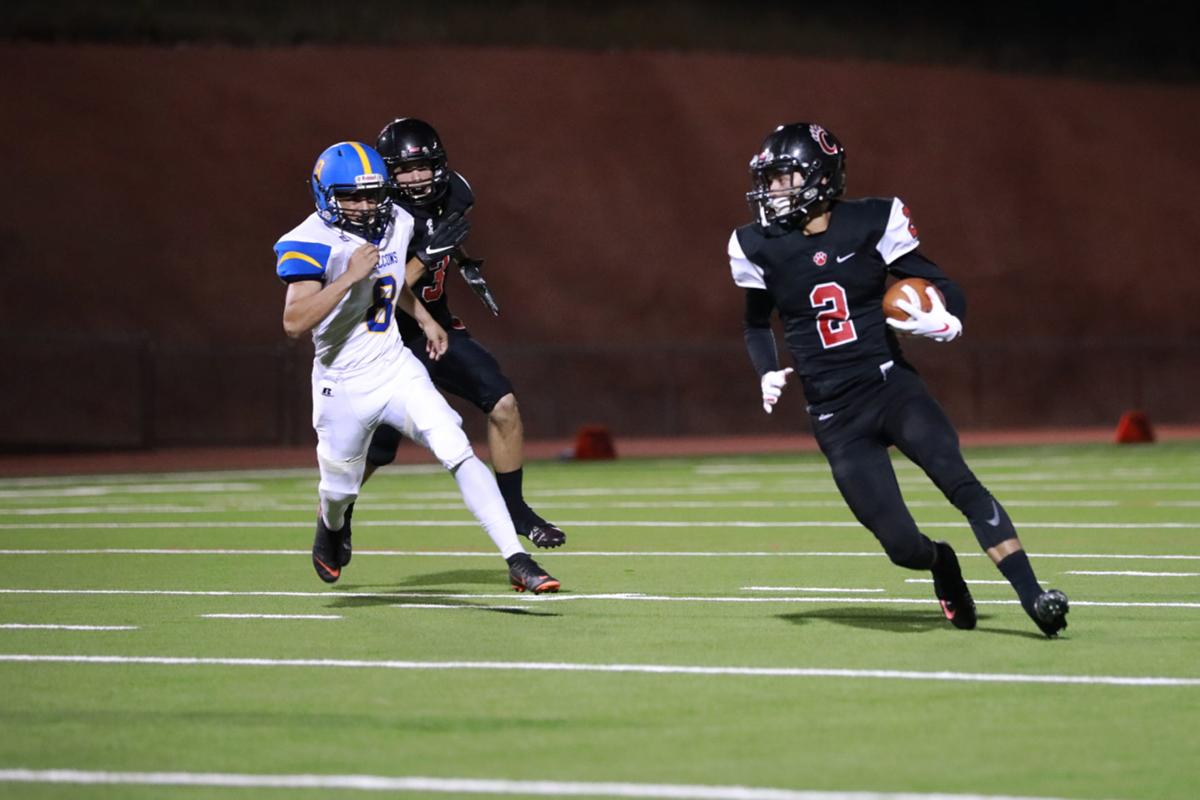 Coconino football is out to prove that last season's resurgence wasn't a fluke.

"We are definitely excited for the rest of the season," Darnell said after he and the Conference 4A Panthers kept the 4A Falcons winless at the start of the season at 0-3. "There's been a lot of talk about whether we'd be back this year, and I think we are."

Both teams started off the game tripping over themselves, but the Panthers managed to get back on their feet quickly -- and stay there for the most part.

Caryl Hayden was called for an offside penalty on the opening kickoff, and Coconino committed a false start on its first possession of the game. But the Panthers didn't falter for long and ended up scoring 21 points in the game's first seven minutes.

By the end of the first quarter, the Panthers led 28-0, with Lucero connecting for an 11-yard passing touchdown to Matias Ortiz and finding Bailey McCauslin in the end zone for a 23-yard TD during the first-quarter surge.

Lucero put the ball right in McCauslin's chest at the back of the end zone after escaping a few defenders.

"I thought he stepped up to the plate, had great composure," Panthers first-year head coach Mike Lapsley said. "There were a number of times he was under pressure and he handled it well."

Coconino got on the board on Lucero's first TD pass of the season and doubled its advantage when Darnell robbed a Falcons handoff and ran it back about 60 yards for the score, stalling Carl Hayden's early momentum with the defensive effort.

Coconino, which opened back-to-back seasons with a 2-0 record for the first time since doing so in 1997, capitalized twice off of a pair of Falcons fumbles. Panthers running back Zach Bennett made his first trip in the end zone from 15-yards out after Coconino forced and recovered a fumble, making it 21-0 with 5:09 left to play in the first quarter.

Bennett, who registered his second 100-yard running game of season, reaped the benefit of another Falcons fumble, scoring from 19 yards off the turnover to make it 42-0 with 1:13 on the clock in the third quarter. He finished with 118 yards.

The only quarter the Panthers couldn't find the end zone in during their second-ever meeting with the Falcons in was the second, which was plagued with penalties from both sides.

"We had a lot of mistakes and a lot of penalties, and that kinda hurt us, but rebounded from it," Lapsley said. "Overall, I think we had a good week of practice and it definitely showed."

Joshua Monke picked up a blocked punt for the Panthers and found his way across the goal line, giving his team a 35-0 lead after the extra point as Carl Hayden's punter tried to gather up an errant snap and get the kick off.

Coconino's defense completed a goal-line stand in the first quarter to keep the Falcons, who have now been outscored 119-14, off the board. It was Carl Hayden's second 49-0 loss of the season after falling in its season opener to Cactus Shadows by that count.

It all took place in Coconino's recently renovated Cromer Stadium and in front of a loud home crowd that was on its feet during big plays.

"I am glad that we came out here, got a win," said Lapsley after tallying his first home win as the Panthers new head coach. "We got new turf, a new sound system."

Coconino will look to improve to 3-0 next week at home when it hosts the Cortez Colts at 7 p.m.

Members of the Coconino High School marching band watch as the football team takes the field for Friday’s game against Carl Hayden at Cromer Stadium.

The Coconino football ball boys stand under the lights of Cromer Stadium Friday during the National Anthem just before Coconino’s game against Carl Hayden High School.