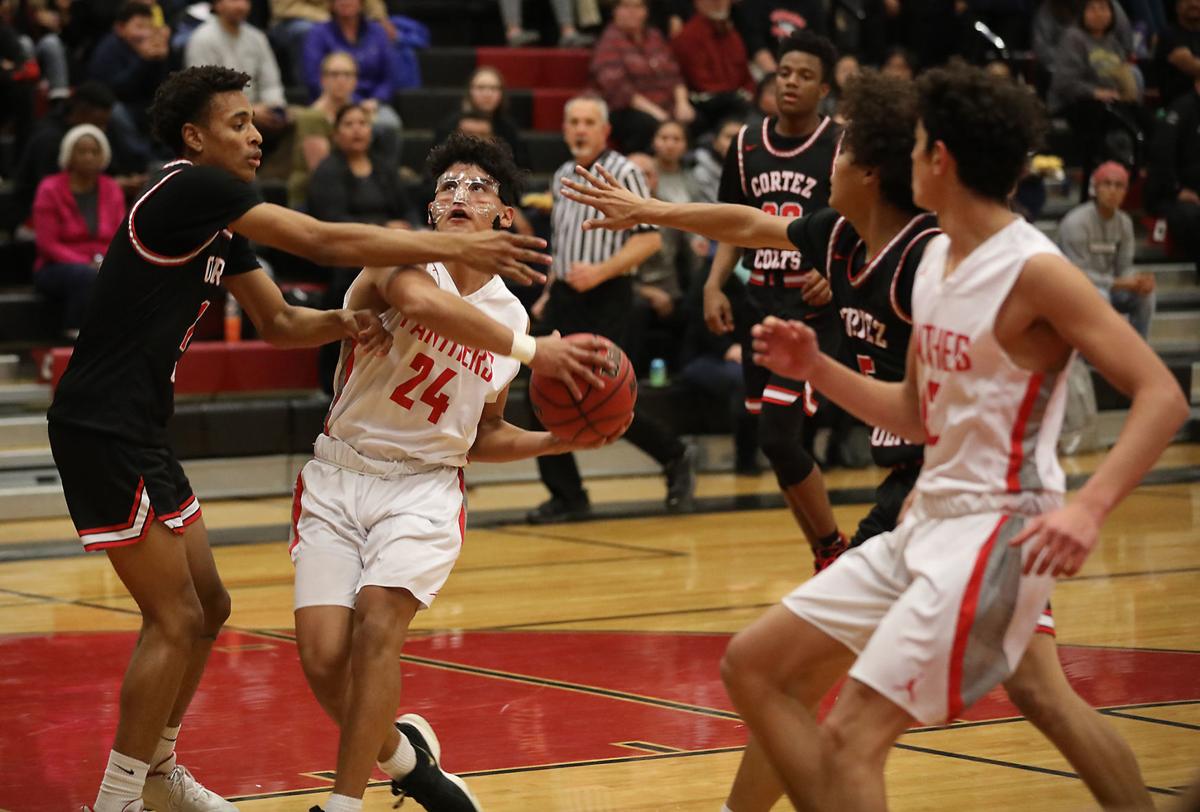 Coconino’s Manuel Cardoza (24) drives in for a layup Tuesday night against Cortez at Coconino High School. 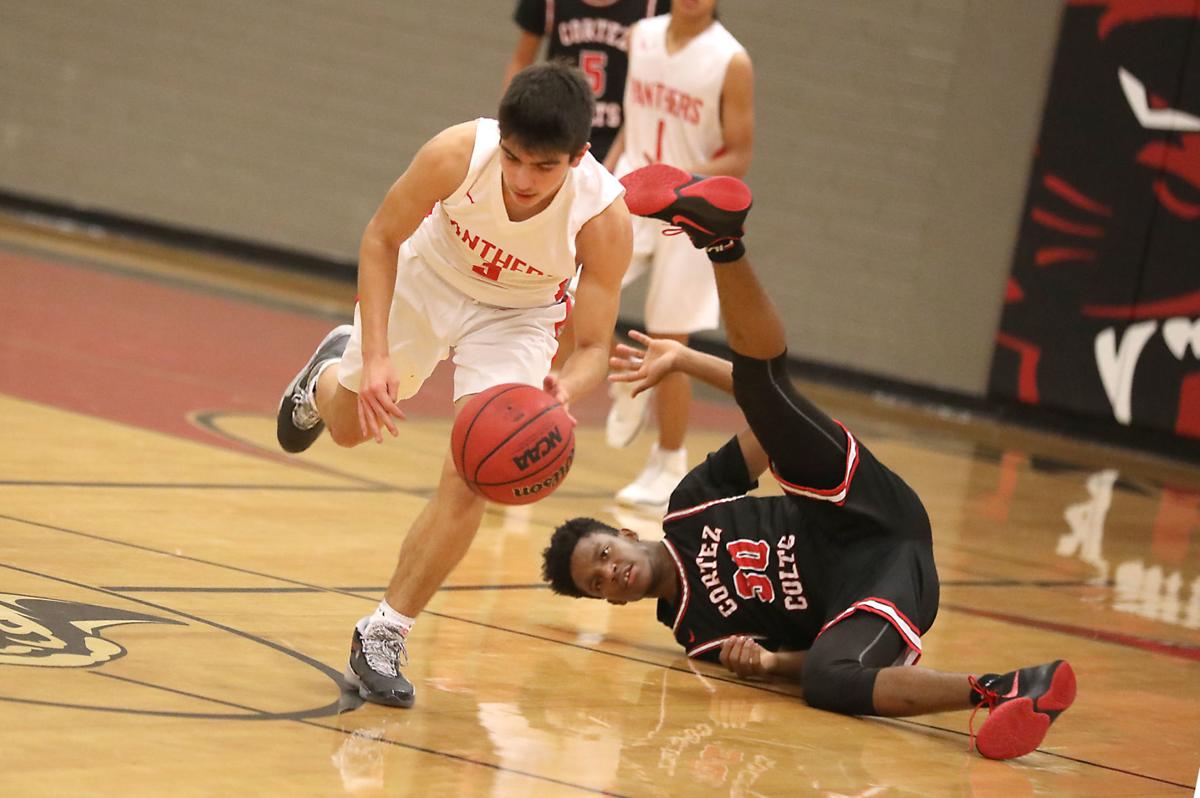 Coconino’s Mitchell Jacobson (3) steals the ball from a Cortez player Tuesday night during a game at Coconino High School. 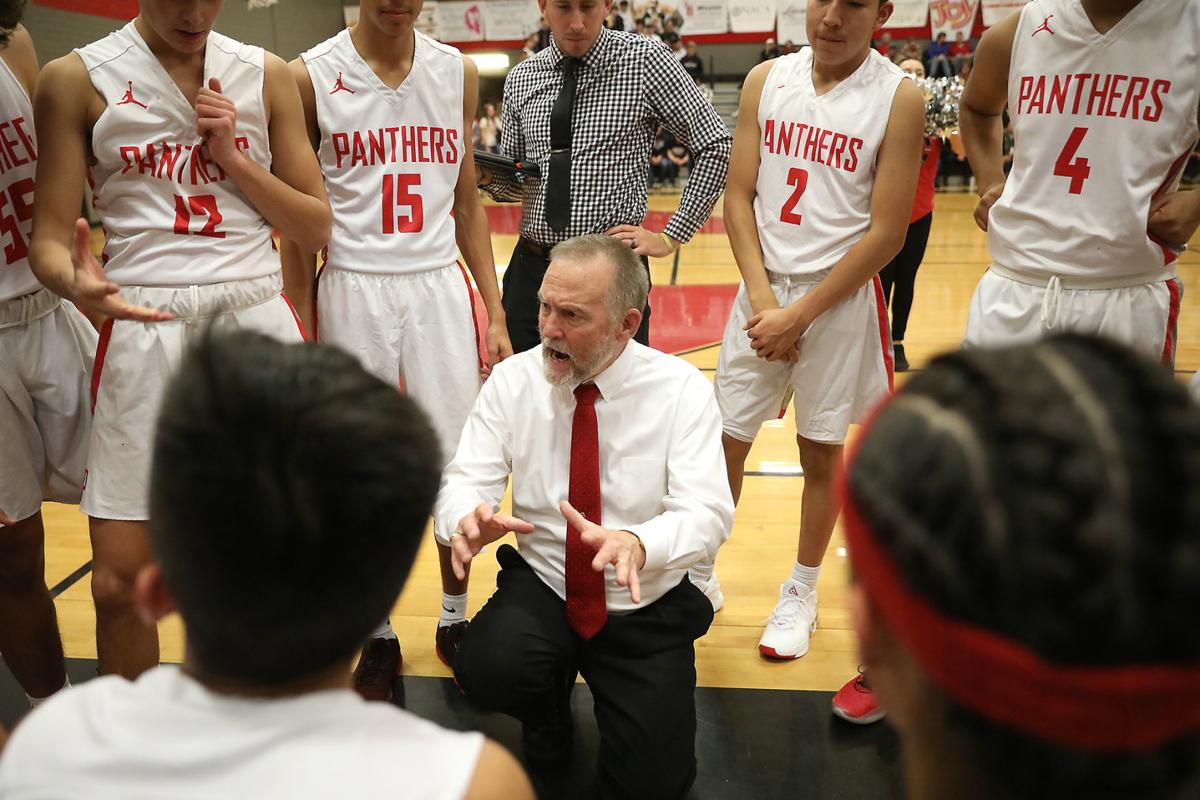 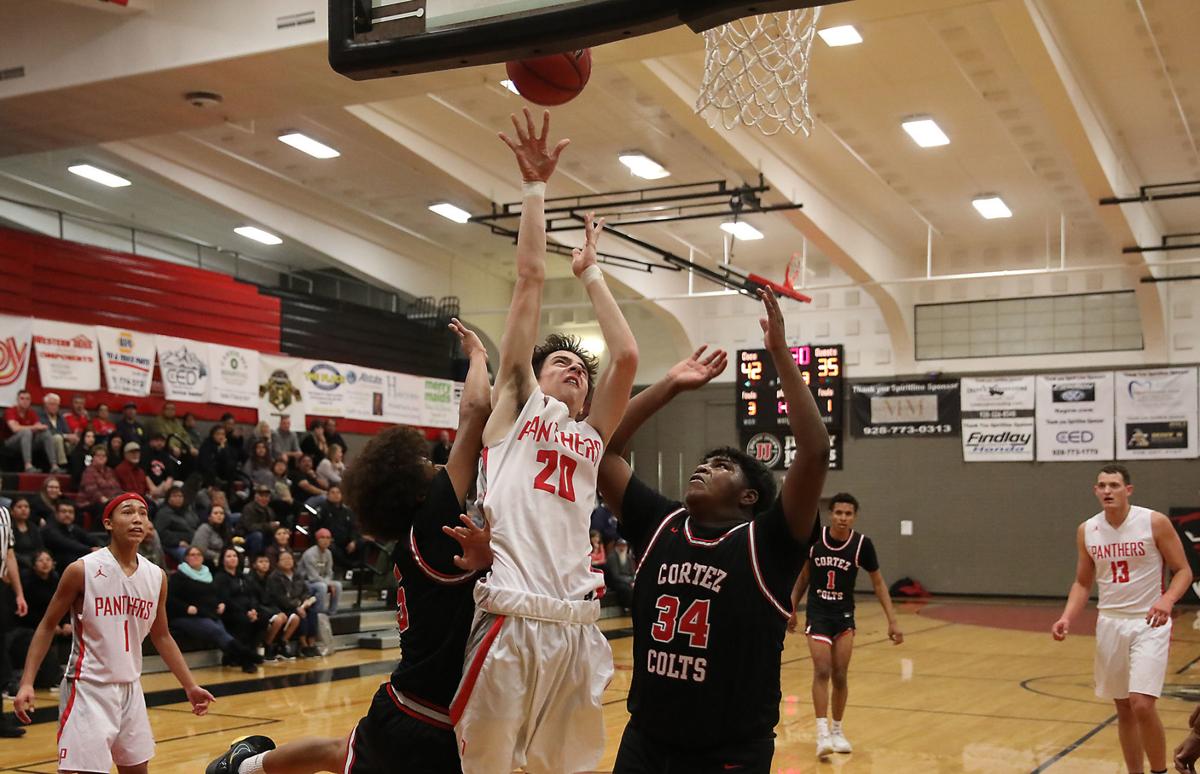 Coconino’s Ethan McGowan (20) takes the ball to the hoop through a pair of Cortez players Tuesday night during a game at Coconino High School.

Coconino’s Manuel Cardoza (24) drives in for a layup Tuesday night against Cortez at Coconino High School.

Coconino’s Mitchell Jacobson (3) steals the ball from a Cortez player Tuesday night during a game at Coconino High School.

Coconino’s Ethan McGowan (20) takes the ball to the hoop through a pair of Cortez players Tuesday night during a game at Coconino High School.

The Coconino Panthers were looking for a spark to get the season on track after a pair of close losses in the Valley to start and, despite a quick turnaround from Monday, got it Tuesday night.

Jacob Begay scored a team-high 19 points while the Panthers defense kept the Cortez Colts on their heels all game in a 72-52 win at Coconino High School.

Coconino, which improved to 1-2, was fresh off a one-point loss to Marcos de Niza Monday night and had got back home late Tuesday morning. The team didn't let the quick turnaround right after the holiday break slow them down and Panthers head coach Mike Moran saw plenty of good against the fellow 4A Conference team from the Black Canyon Region.

"I thought our kids played good D overall," Moran said. "You saw our fatigue -- we haven't practiced in a week. ... These kids came back ready to play and I'm just proud of our team; we played a lot of kids."

Moran had 13 players join in for the win, with 10 getting into the scorebook with at least two points.

The win was exactly what Moran was looking for from his team -- a combination of executing defensively and pushing the tempo on the other end, turning turnovers into points.

Preston Olney added 11 points and was a pest on the perimeter with multiple steals and deflections while Will Mcmenamin had 12 and was a strong presence inside altering shots on the defensive end.

But aside from the expected production of Olney, Begay and Mcmenamin -- who all were expected to be the main contributors for Coconino this season -- junior wing Avram Tijerin has been a bit of a breakout candidate from the early going.

Tijerin had nine points with one 3-pointer in the win over Cortez, adding in a strong defensive game using his length to bother Cortez guards. He only averaged 1.8 points per game last season as he sat behind a number of other guards on varsity.

Tijerin has received a chance this season with three starts, and his coach has noticed his potential.

"All three games he's had great moments," Moran said. "He's attacking the rim, he's hitting the 3s. We got to keep him focused at times, but he's grown into a tall and lanky player. He's a big surprise for this team right now."

Tijerin hit a key 3-pointer early in the third quarter to put the Panthers up by double digits and halt a quick Colts burst. He later hustled for a putback to put his team up 53-39 in the third as part of a late run.

Coconino closed the quarter on an 11-2 burst that was capped off by a Begay triple to beat the buzzer and send Coconino into the fourth up 58-41.

The third was riddled with fouls, with 15 calls on both teams combined. The fourth was much smoother, as the Panthers effectively coasted with the large lead.

The Colts opened up the scoring for the night, but the 2-0 advantage was the only time the visiting team would lead the Panthers all night.

The Panthers will be in Sedona for the Sedona Invitational at Sedona Red Rock High School, starting with 3A Payson (0-1) on Thursday. Coconino will return to the power-points schedule next Tuesday for its Grand Canyon Region opener at Mohave.