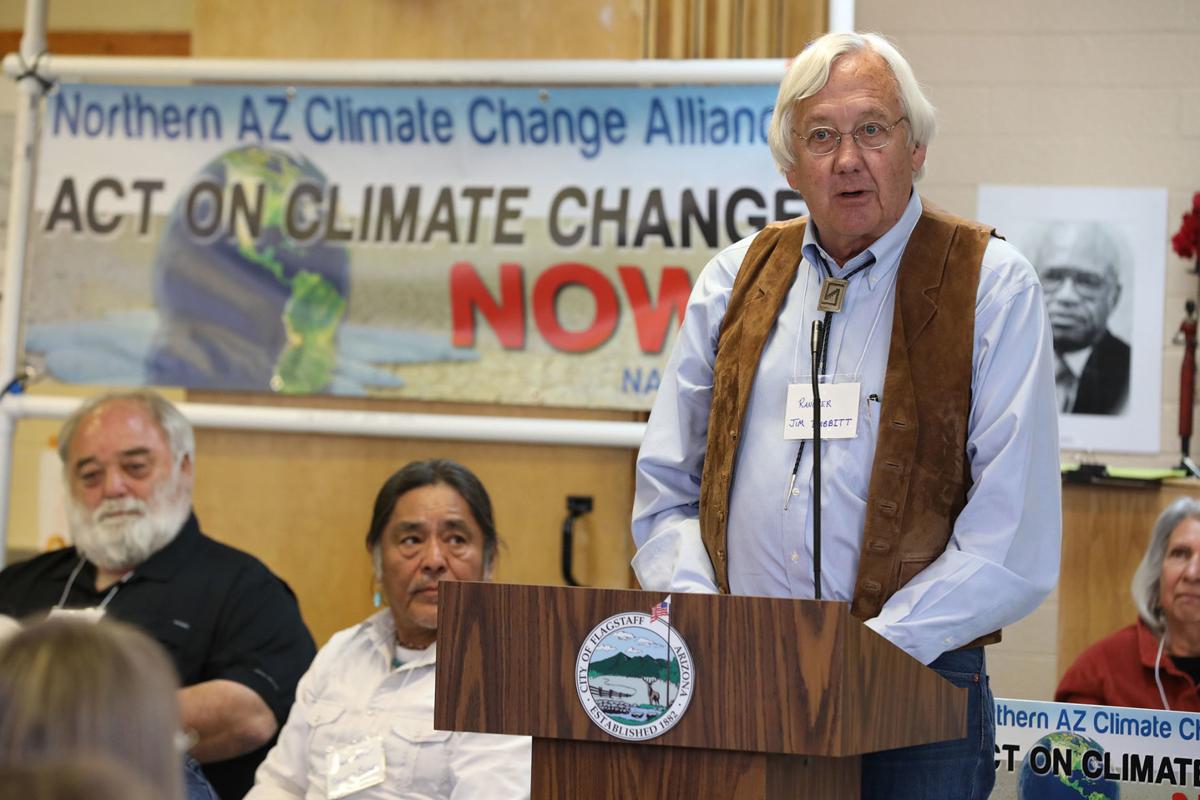 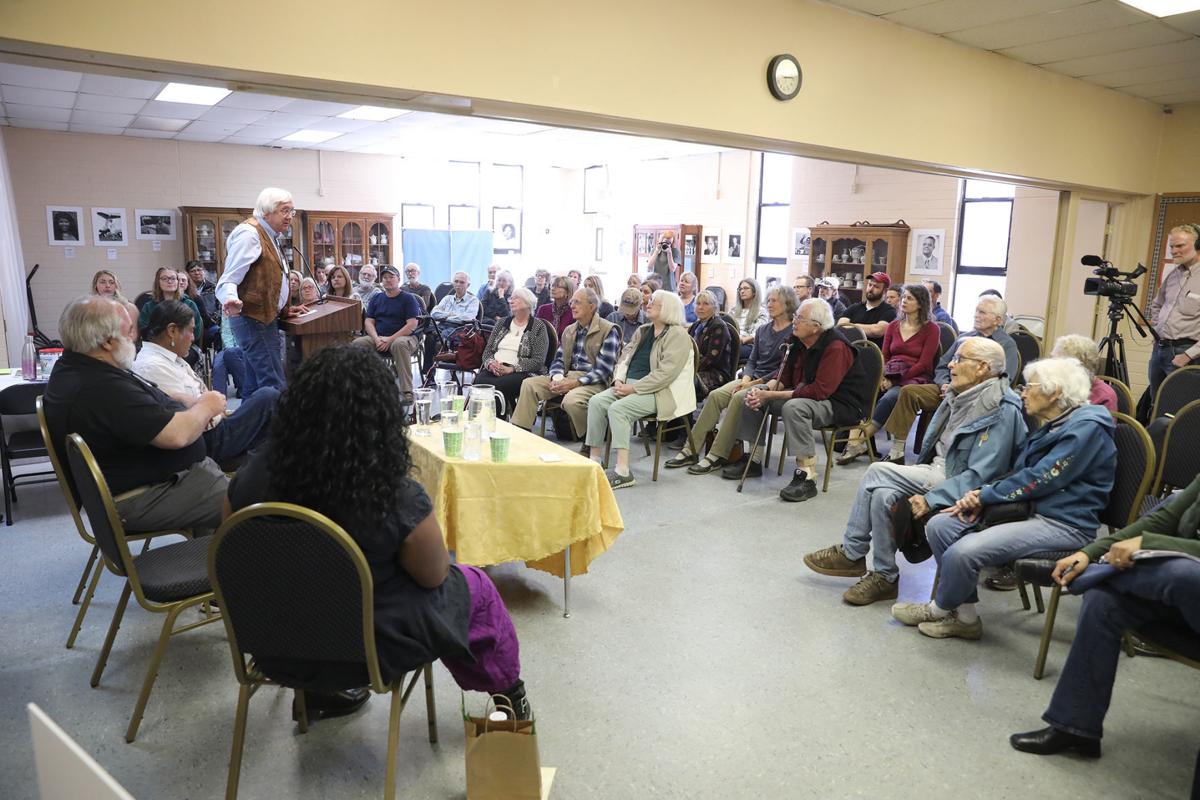 People new to Flagstaff may not notice the effects of climate change on the region the same way a longtime or lifelong resident might. With that in mind, ecologist Stefan Sommer hosted an open public discussion on climate change Saturday, sponsored by the City of Flagstaff and the Northern Arizona Climate Change Alliance.

The Climate Elders Tell Stories of Change's four key speakers were Dineh’ artist Shonto Begay, river runner Donnie Dove, third generation retired rancher Jim Babbitt and Mayor Coral Evans. They told their stories to over 75 people in attendance, shedding light on the impact of climate change in Flagstaff over a long period of time. Each speaker talked for about 15 minutes, then Sommer opened the floor to questions from attendees.

When Sommer thought of hosting the climate discussion, he said he wanted to avoid talking about data and statistics because that doesn’t get through to everyone.

“I think for many people when they see graphs, charts and data, their eyes glaze over it,” Sommer said. “I think personal experiences from elders who present it as stories and not as data will connect with a whole range of people that the data does not connect to.”

Begay was the first speaker and discussed his connection to the earth and how individuals are just borrowing the planet from each generation. His mother was a weaver from the Bitter Water Clan and his father was a medicine man born to the Salt Clan.

Dove was the second speaker and pointed out the changes he has had to make to his house because of climate change since he moved to Flagstaff in 1990.

“When we first moved in, I was like ‘wow, this house doesn’t have air conditioning. What the heck,’” Dove said. “But we didn’t need air conditioning back then. In the last five years, it has gotten exponentially worse and that’s one of the things that, as far as a personal level, has affected us.”

The third speaker was Babbitt, whose family has been ranching for 130 years and who currently sits on the board of the Grand Canyon Trust and the Wilderness Land Trust. He said the discussion is a way for community members to start thinking about human-caused climate change.

“I have all these feelings, as do many other people, about personal observations about how things are changing,” Babbitt said. “Changing somebody’s mind about the topic of climate change is very difficult. I think climate change causes people to be fearful and once you're fearful about the future, it’s very hard to carry on a real, rational discussion about it.”

The fourth and final speaker was Evans, whose family has been living in Flagstaff for three generations. She brought home-grown onions for attendees and discussed the changes she has seen at Mormon Lake. Evans said she remembers the lake being very full as compared to its water levels today. Evans also appreciated the discussion because of its importance to the Flagstaff community.

“It was not about the science behind [climate change] but about the stories -- stories from people who generationally have been here, people who have witnessed things,” Evans said. “I really think that we as a society, stories is what bring us together, stories create common ground, and I think this was a good start.”

During Evans' discussion time, she told attendees about some of the changes she's seen in Flagstaff.

“I’ve seen things like Mormon Lake basically dry up, the Rio de Flag is no longer a running stream through town, it’s gotten a lot hotter, temperatures seem to be more extreme, there’s no snow for Christmas, so things like that,” Evans said. “We as a city recognize that there is something different going on and that we are going to have to adapt to the new climate that we have here as well as prepare for future changes.”

Sommer said he wants to host more of these open discussions for the public, but also wants to integrate them at high school assembles to make the younger generation more aware.

Snowbowl will remain open into May

The Arizona Snowbowl announced Friday that, despite being about a month into spring, record snowfall has allowed the resort to remain open.