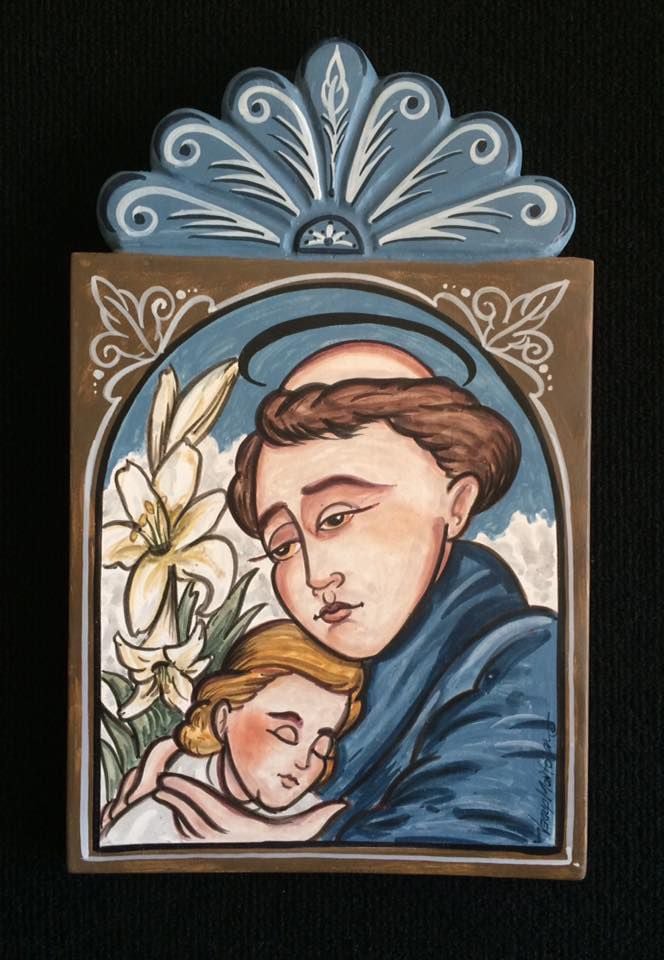 Retablo of Saint Francis of Assisi by Jerry Montoya. All photos courtesy. 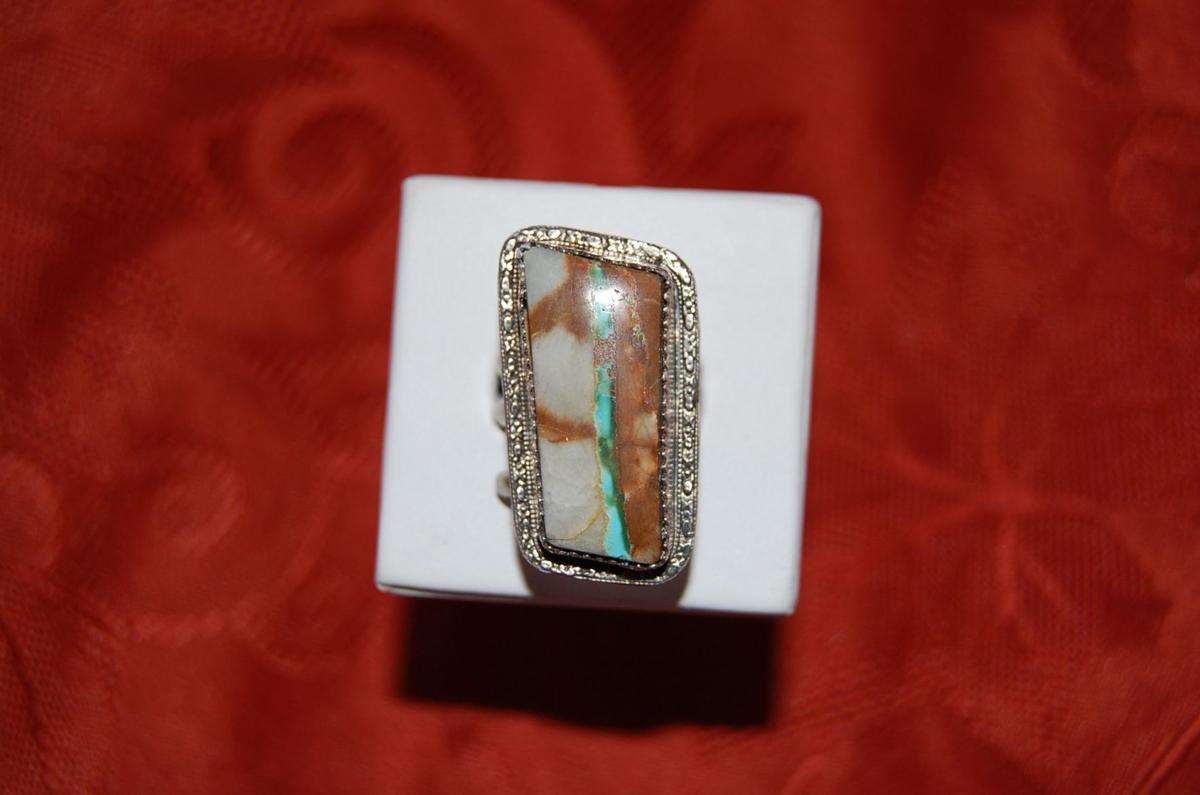 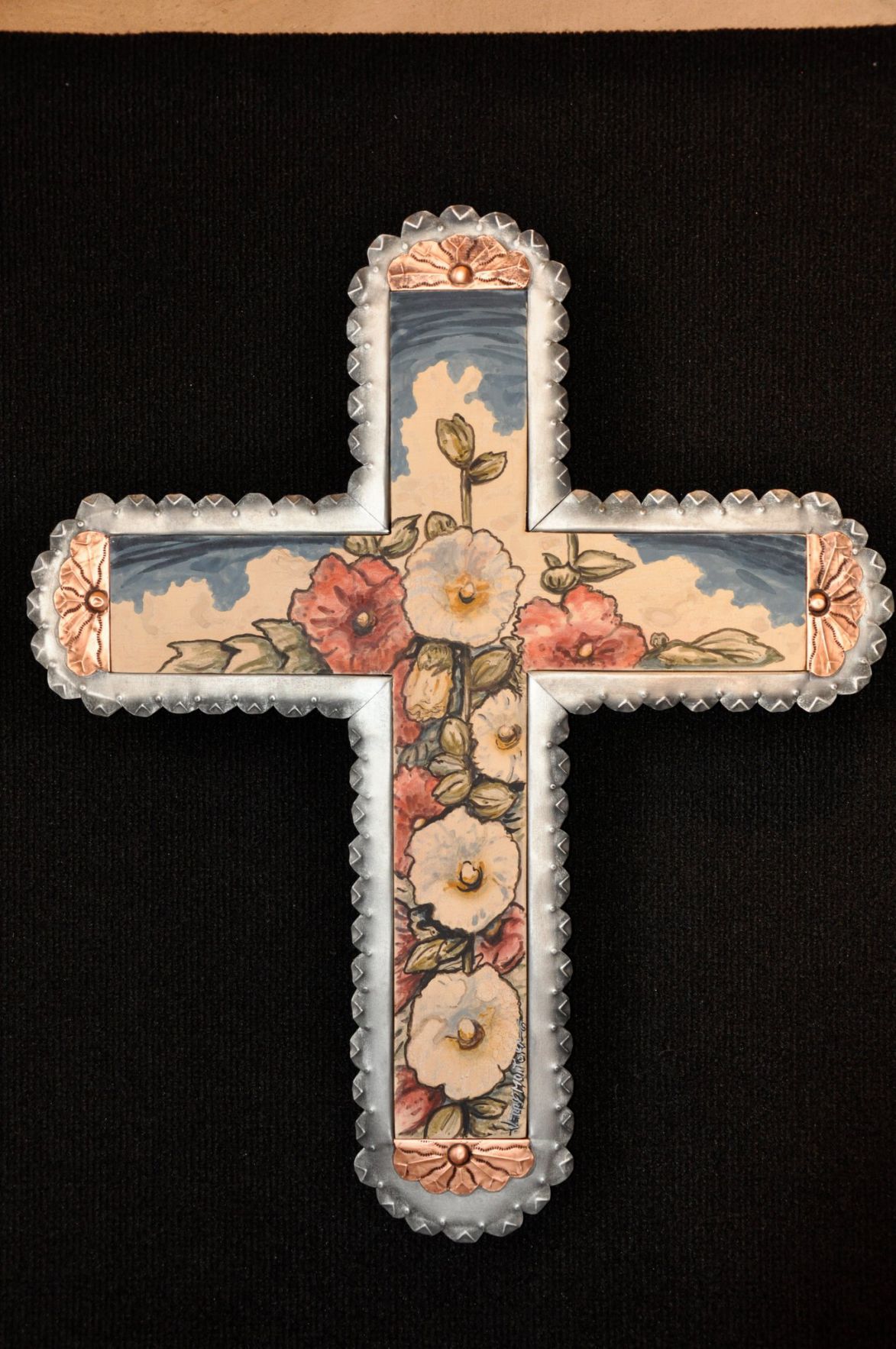 A painted tin cross by Jerry Montoya of New Mexico. All photos courtesy.

Along the sensory arc tracing color to taste, the heavy-handed influence of Spanish Colonialism that began more than 500 years ago in the Southwest can still be seen in modern day. None, however, are so physically lasting and astounding as the bright retablos and tinwork of the Spanish Colonial artistic tradition.

And for many artists working today, the same methods in effect for centuries have remained a constant.

The 13th annual Celebraciones de la Gente Saturday and Sunday, Oct. 22 and 23 — the last of the Museum of Northern Arizona’s Heritage Festivals and co-presented with Flagstaff’s Nuestras Raices — will double the number of artists showing in the art market, including retablo painters following the Spanish Colonial tradition.

Regular museum rates apply, with weekend passes available to celebrate the fine art and Day of the Dead-inspired crafts, music and dancing plus insightful lectures from experts from archaeologists making new discoveries  in Mexico to stories of Flagstaff’s Hispanic pioneer families. After-hours admission is $5 to see the ofrendas (altars) in the Golightly Courtyard.

Jerry Montoya calls a village outside of Albuquerque home. There, he teaches elementary school children the fundamentals of art — especially drawing.

The Spanish Colonial tradition includes jewelry, furniture making and even intricate straw inlay. Montoya’s own work, he said, plays heavily into his style and teachings. At home, he is a tinsmith and painter with a specialty in retablos, or small colorful depictions of saints — santos — on pine.

To qualify as a traditional master of his artform, Montoya described his use of a “dead man’s palette” of red, orange-red, blue and yellow that allows him to paint with the landscape itself.

The all-natural pigments are handmade from vegetable and mineral dyes available in New Mexico, and are mixed to create different colors. The artistic group to which he belongs, the Spanish Colonial Arts Society of Santa Fe, also makes their own gesso — a base that smooths a surface and grips pigments — and a varnish made of pinyon sap.

Although modern technology allows him to purchase these raw pigments from companies rather than scour the desert for yellow sagebrush and indigo flowers or the maroon beetle juice from the tiny cochineal, with a laugh he said it still hasn’t saved his kitchen sink from colorful experiments.

Yet this is only one way Montoya pushes the limits of his work.

In the last 10 years, Montoya said, he’s been breaking into a different method of working with tin — though still married to the traditional form. In the Spanish Colonial Art Society, there is also a division of innovative work into which his repujados fall.

This free-hand embossing creates a look similar to lithography in its thin lines and relationship to drawing, but size is the definitive factor. While traditional repujados are small, Montoya’s can be as large as two feet tall and more than a foot wide.

He added, “I didn’t invent the method, I just push it.”

And this artist pushes further still in the imagery amalgamated in his mind and brushed onto his canvas.

Spanish Colonial art varies in color and depiction depending on the region — whether deep into Mexico or in the farthest corner of the Southwest. The most popular santos in New Mexico, Montoya noted, are St. Francis of Assisi, Saint Anthony and the Virgin of Guadalupe. He even recently completed a commission of St. James for the Bishop of Gallup.

Classically trained in arts education at New Mexico State University, Montoya explained his roots to religious iconography stretch back. But it was in 1999, after a heart attack, when the idea cemented.

“At that point I felt, well, this is a good time to start,” he said. “It doesn’t hurt to have a little spirituality in your art.”

For Montoya, this type of Spanish Colonial art is the trifecta where the history of the materials and the depictions of saints, an artist’s freedom to play with each portrayal, and spirituality converge.

“I like to say they’re not just paintings of Our Lady of Guadalupe on the hood of a ’57 Chevy,” Montoya said. “That’s part of the culture, but it’s different.”

Still, the artist is quick to say as a santerro, he only paints saints. If the owner then chooses to have the piece blessed, then it is a santo.

“Otherwise it’s just a piece of artwork,” he said, noting the viewer’s freedom to contemplate both the beauty of the piece and its meaning.

He added, “Would you not go into the Sistine Chapel and not adore Michelangelo’s work because it’s in a cathedral? Where do you draw the line?”

Celebraciones de la Gente takes place at the Museum of Northern Arizona Saturday and Sunday, Oct. 22 and 23 from 9 a.m.-5 p.m. Regular museum rates apply, and there are weekend passes; after-hours admission to see the ofrendas is $5. To learn more and see a full schedule of events, call 774-5213 or visit Musnaz.org.

Retablo of Saint Francis of Assisi by Jerry Montoya. All photos courtesy.

A painted tin cross by Jerry Montoya of New Mexico. All photos courtesy. 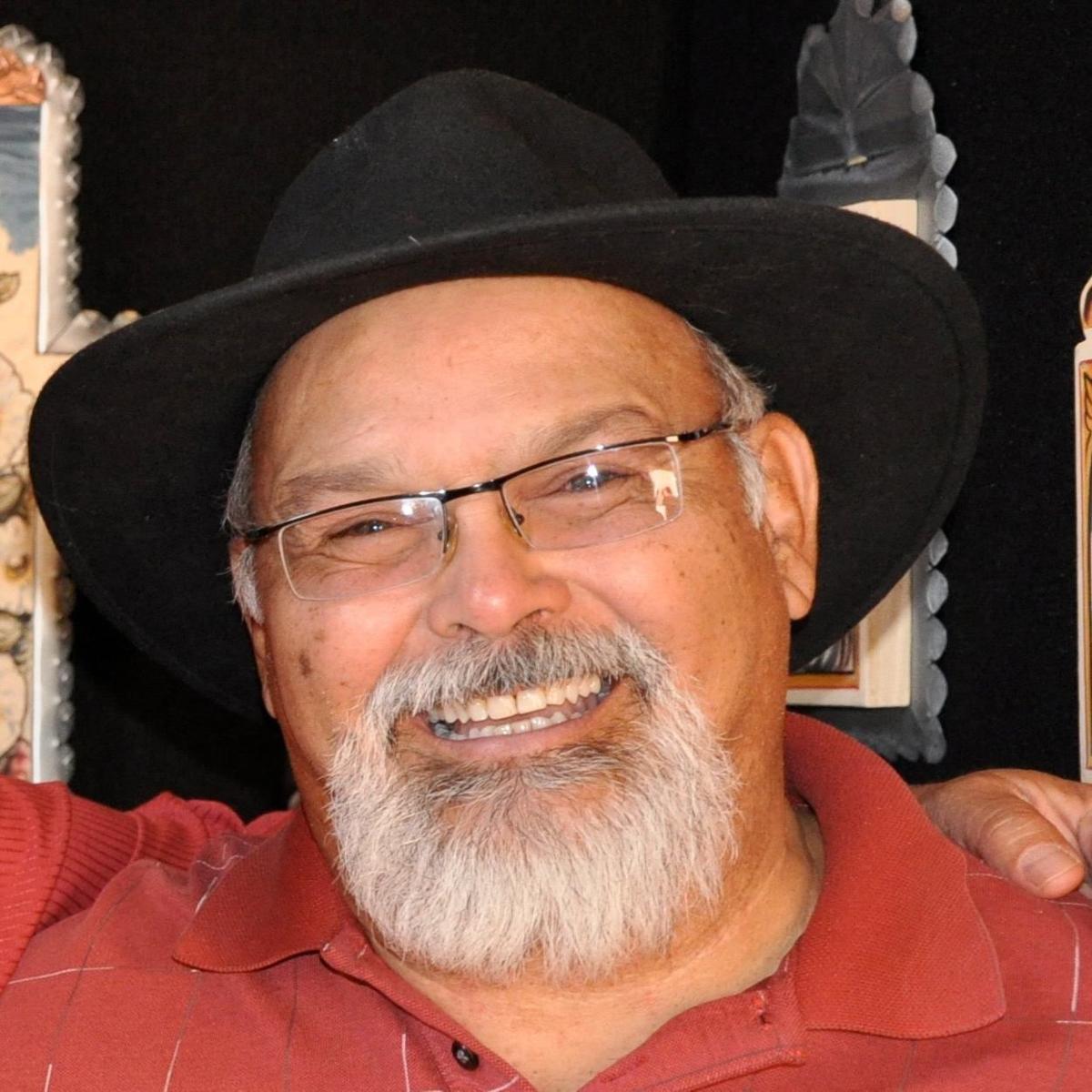