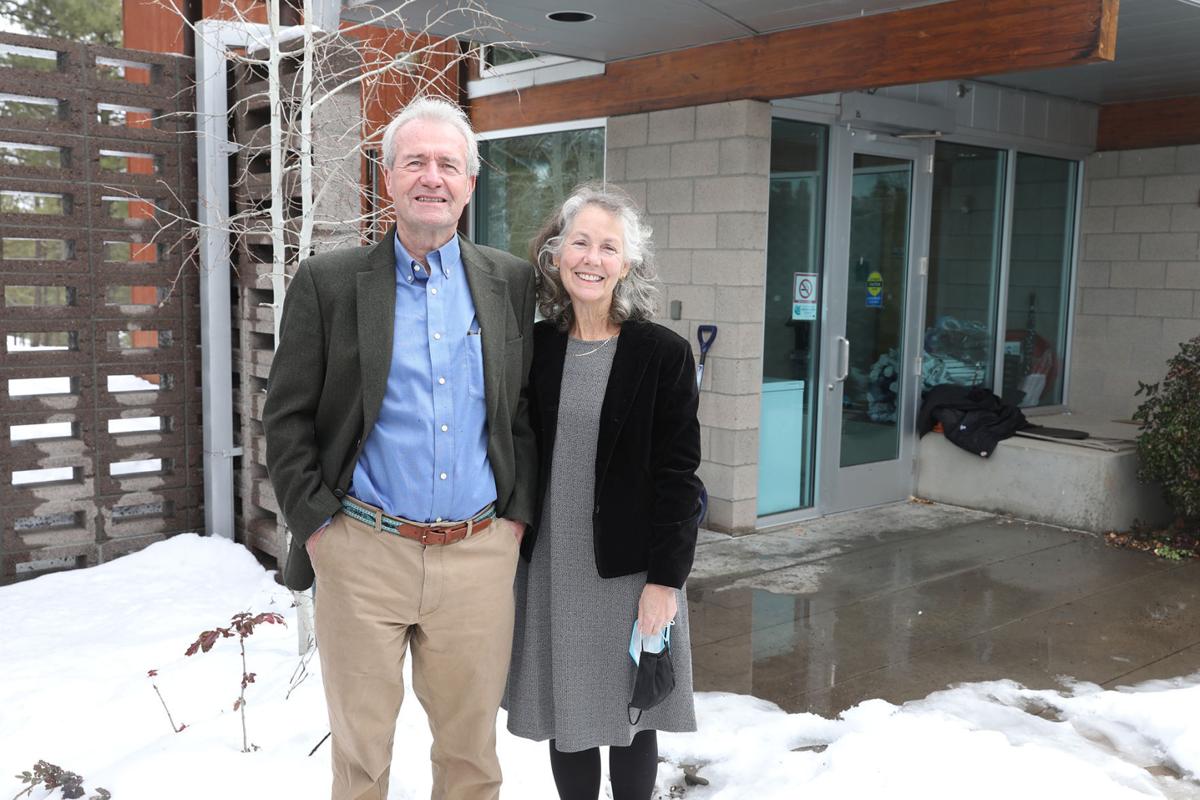 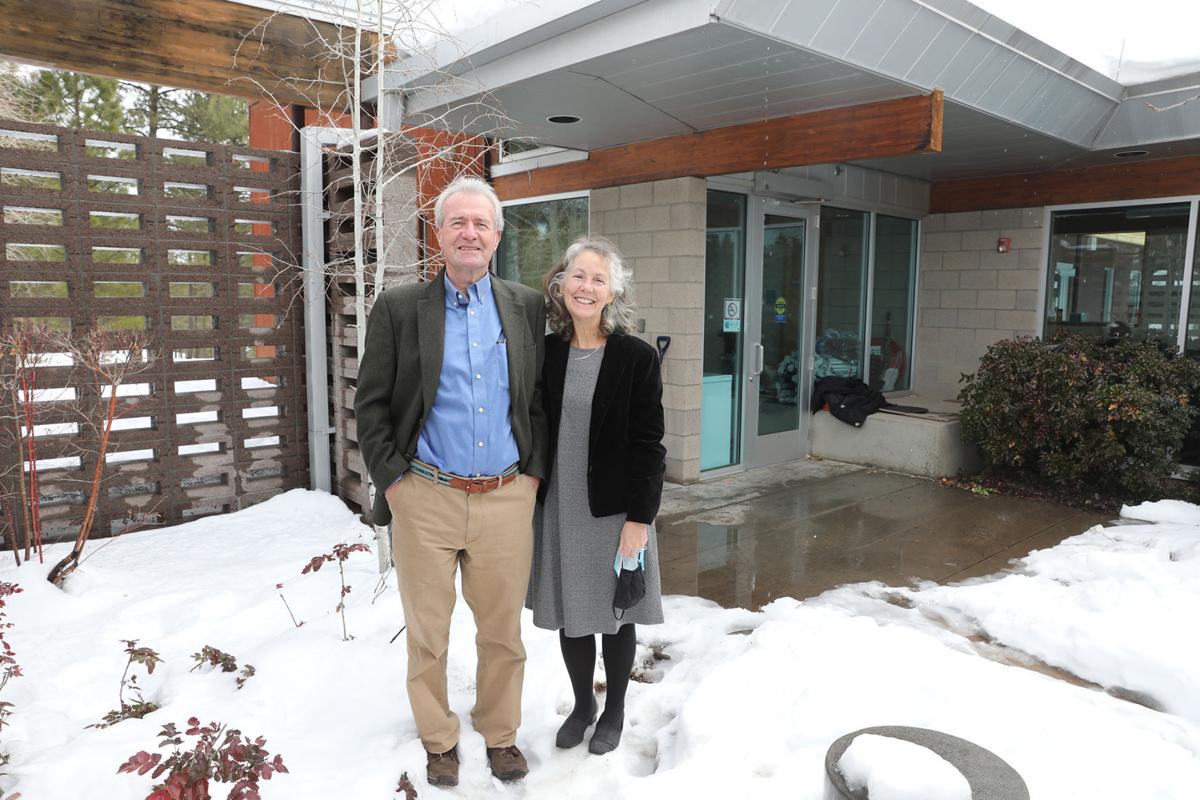 College amid COVID has tweaked, if not shattered, all sorts of established practices and dominant paradigms with a swiftness not usually seen in the hallowed halls of academia. Change is possible without all the glacial navel-gazing and committee consensus, the pandemic has shown, be it virtual classrooms, altered admissions policies and scaled back sports schedules.

Yet the core mission of large state universities and small or exclusive private colleges remains, same as it’s been for at least the past 100 years: education that leads to a lucrative job, emphasis leaning heavily toward STEM; pragmatic problem-solving instead of esoteric philosophical inquiry; steep tuition for fancy campus perks, potentially resulting in crushing student loans.

What’s needed, say advocates for educational reform, is a fundamental re-imagining of the purpose of college, the very reason one should dedicate four or more years to study. This has spawned the burgeoning micro-college movement, an alternative model that aims to replace the bloated bureaucracy of a sprawling campus with a more intimate experience, trading intellectual fragmentation for deep, interdisciplinary dives into targeted subjects.

Several micro-colleges — single major, single campus, fewer than 100 students and far more affordable — have gained followings, such as Sterling College in Vermont, Deep Springs in California and Wayfinding Academy in Portland, Oregon. And now such a program is coming to Flagstaff, a planned micro-college called, simply, Flagstaff College.

Founded and run by two veteran former Northern Arizona University faculty members, Sandra Lubarsky and Marcus Ford, Flagstaff College is on track to welcome its first students in the fall. Just how many students has yet to be determined, but know this: it will be small. Maybe as few as six, maybe more, at the start. But that’s why these are called “micro” colleges, after all, and why its faculty and staff can keep tuition low and personalized course of study high.

Flagstaff College students will pay $12,500 yearly — offset, founders say, by scholarships and grants — for instruction in a single major: Sustainability and Social Change.

It will be a two-year program of intensive study about the existential ecological challenges facing the world and ways to affect positive change. Lubarsky and Ford say that, far from being merely a science-based curriculum, sustainability encompasses much, from economics to communication and social issues. Students will either transfer existing general-education credits from other schools or take core classes at Coconino Community College, with which Flagstaff College has partnered, and then focus their study on all aspects of sustainability.

The two founders aren’t so much rejecting the standard college model — Lubarsky founded the graduate Sustainability program at NAU, and Ford has taught environmental humanity studies at several institutions, and both speak warmly about their NAU tenures — as offering an alternative for a certain type of student who perhaps chafes at the size and broad scope of traditional campus, those who care more about fracking than fraternities and climate change rather than a campus climbing wall.

“Colleges used to be smaller and focused on the individual and how they could give back to the community,” Ford said. “It’s really just in the last 100 years or so that the emphasis has shifted to research and job preparation. The model of attending to the whole person is on the fringes of higher education.”

Or, as Lubarsky wryly noted, “In most cases, I don’t think it was ever an intentional decision, like educators got together and said, ‘Let’s get rid of the whole person and focus on economics.’ Universities are aligned with the dominant culture, so it’s part of the whole shift of the economization of society. As we became more ruled by economic considerations, universities followed that trajectory.”

It’s been a daunting task both logistically and economically, the two admit, starting a college from scratch. They’ve spent years dealing with accreditation, funding, curriculum and marketing. But the two say they been buoyed by the rise of the micro-college movement in recent years. Miro-colleges have been featured in publications ranging from the Chronicle of Higher Education to the New York Times to NBC’s “Today” show.

In a high-profile 2019 Times story focusing on 15-student Outer Coast College in Sitka, Alaska, opinion writer Molly Worthen praised these “educational experiments” that “help students figure out their place in the universe and their moral obligations to fellow humans.” And, as Worthen noted, students at micro-colleges won’t be “paying high tuition to fund the salaries of more Assistant Vice Provosts of Student Life.”

Rather, tuition paid by Flagstaff College students will go toward their single course of study, the faculty that will guide them, the austere infrastructure (they will, at the outset, lease a seminar room from Coconino Community College) and community outreach to partner with local businesses and nonprofits to give students internship-type experience in fields ranging from conservation to waste management.

It might be a risky proposition for that first cohort of students taking the plunge at Flagstaff College — Lubarsky and Ford are actively recruiting via high school outreach and targeted social media — but the college’s leaders say the response so far has been positive. They point to their partnership with Coconino Community College as proof that a micro-college can reach into the community for alliances.

Nate Southerland, CCC’s academic and student affairs provost, said his school “provides transfer education to pretty much anywhere our students want to go, so this fits naturally in with what we do.”

But Southerland said he believes there is a place for micro-colleges in the higher-ed universe. He said he was introduced to the concept as a graduate student at the University of Utah, where the president of Deep Springs College, Jack Newell, served as an adjunct professor. (Newell now is on Flagstaff College’s board.)

“It’s not for everyone,” Southerland said. “However, the micro-college concept really reinforces an effective practice of engaging students with one another. Cohorts of students moving through a program together has been a good student-success strategy for ever and ever. And a micro-college really capitalizes on that by keeping the same group together for a significant period of time during which they can build relationships with one another and the faculty.”

For a certain kind of student

Ford said he and Lubarsky are under no illusions that Flagstaff College will siphon off scores of students from traditional universities.

“But I think,” Ford said, “there are students who can’t have their needs met at the schools that already exist. That’s the trick, finding the students we can help. I think they’re out there. We don’t need many of them, but that is the challenge.”

Lubarsky gave the example of a Flagstaff College applicant who was a top high school student and originally went to the Ohio State University (undergraduate enrollment: 46,818) but became disillusioned.

“She found herself in these classes of 500 and so she dropped out,” Lubarsky said. “She was looking for something else and found us.”

“I think there are a lot of students who feel hopeless,” he said. “They want to do something important with their lives and do good in the world. These big issues can’t be solved by them just going to dental school and getting a good job or something like that.”

A big part of its curriculum, Lubarsky said, revolves around the “community-as-classroom,” having students work with nonprofits or sustainable local businesses to learn and also help out. Flagstaff College has reached out to local businesses and organizations, such as Babbitt Ranches, Hopi Tutskwa Permaculture, Willow Bend Environmental Education Center and the Friends of Flagstaff’s Future. Local philanthropist Pete Giovale is a member of the board.

“We have a critique of globalization where you’re importing this and that from all over the world,” Lubarsky said. “When you do that, you tie yourself in in a way that is unsustainable and undemocratic. You don’t get to make your own decision. Part of this re-localization is forming partnerships and alliances with local people.

“The curriculum is interwoven in this. Every semester, there will be a core set of classes students will take. That core is the state of the world, science and sustainability, participatory democracy and how you sustain it, social movements and how people made cultural change, and the permaculture is in the core. Also, there’ll be relational thinking so that there’s philosophical basis that students learn because the dominant culture is based on a philosophy that is not sustainable. What I’ve found in my own teaching is that if you don’t teach that metaphysical piece directly, people default to the cultural waters they are swimming in.”

What to do with a degree

Yet, there is a “practical” component to the curriculum, balancing theory with practice. Yes, Flagstaff College students will learn skills, the two said.

Example: Lubarsky plans to bring in the founder of Youth Radio, a nonprofit that teaches young people how to report, edit and produce stories and podcasts, to teach a communication course.

But, pragmatists might ask, what can students “do” with a degree in Sustainability and Social Change?

Lubarsky has honed her answer for years, back to the time when she ran NAU’s graduate Sustainability program and also chairing the Department of Sustainable Development at Appalachian State University for five years.

“Our responsibility is to say (to students) those ideals are right on target and here’s how to put them to work,” she said. “David Orr (professor at Oberlin College) once said, ‘Hope as a verb with its sleeves rolled up.’ That is what we’re trying to do…

With nine months before classes begin, Lubarsky and Ford say they are in full recruitment mode, tying up loose ends on regional accreditation and constantly working on funding sources. They acknowledge Flagstaff College may be a risk for prospective college students, but a worthwhile risk.

“But from our perspective,” Ford said, “the real risk is not coming to a (micro) school. It’s a safe bet going to ASU or Ohio State and come out with a degree in business administration. But if the planet’s heating up and civilization is unraveling, what good is your degree going to do you?”

The Egyptian cookbook for the visually impaired

The Egyptian cookbook for the visually impaired