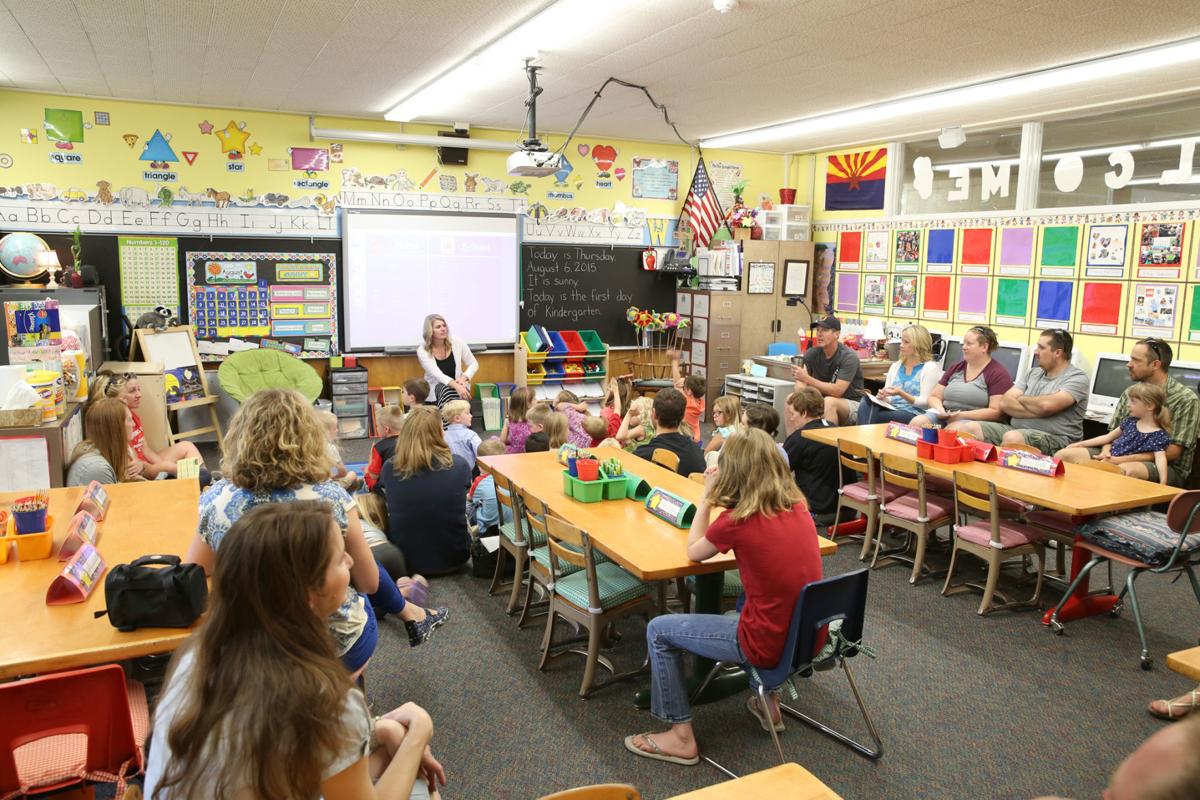 Students and parents at Sechrist Elementary school on the first day of the new school year in this August 2015 file photo. 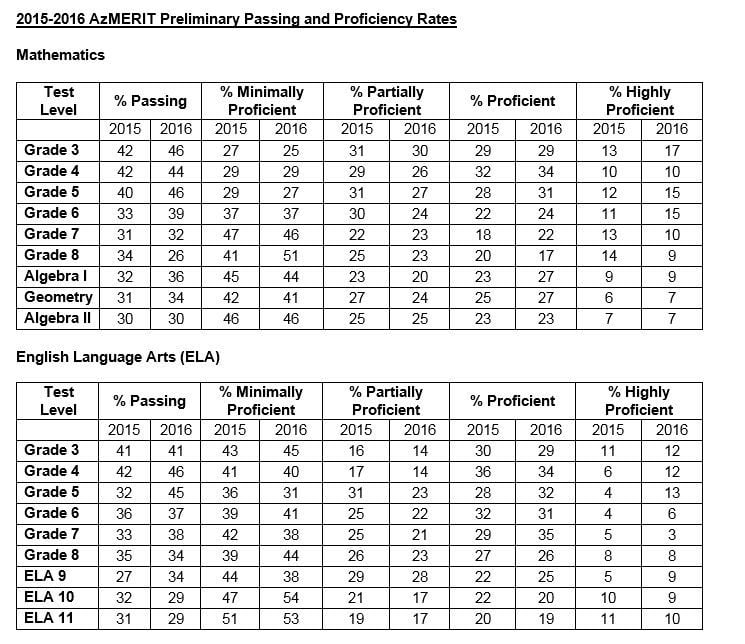 The statewide scores for the 2015-16 AzMERIT tests show small improvements from the previous year, but passing rates in many grades remain below 50 percent.  Scores at the district and school levels will not be publicly available until August.

Statewide scores indicate that in the second year of the AzMERIT test, the majority of Arizona students are still failing the standardized test, despite small gains in most areas and grade levels.

The largest increases in the passing rates on the math test came at the fifth and sixth grade level. Both grades increased their passage by six percentage points. All other grades either improved their scores or stayed the same, with the exception of eighth grade, which decreased its percentage passing by eight percentage points.

The tests succeeded the AIMS exams and are oriented toward critical thinking and problem-solving. They test the new Common Core curriculum, which has been implemented in a majority of states. Most of those state have also experienced drops in passing rates in the initial years of the curriculum.

With the exceptions of seventh and eighth grade, however, the percentage of students receiving “highly proficient,” the highest possible score in math, increased or stayed the same among grade levels.

Three grades saw passing percentage decreases on the English test. Eighth grade and the tenth and eleventh grade classes saw decreases in their passing percentage. The test is still not a graduation requirement, though Arizona Department of Education officials said eventually the test will be required to graduate.

Despite gains overall in passing rates in English, both third and sixth grades saw in increase in the percentage of students receiving “minimally proficient,” the lowest score possible on the test.

Third and fourth grades had the highest percentage of “highly proficient” students, with both grades recording 12 percent of students receiving that score.

“I am pleased to see that our students are improving in both English language arts and mathematics at several grade levels,” Arizona Superintendent of Public Instruction Diane Douglas said in a statement. “However, these results also underscore that as a state we still have much work to do. I will continue working with our parents, teachers and community members to find the best possible ways to support our students and help them achieve their dreams.”

Results at the district and school levela will not be available publicly until August.

“These results also underscore that as a state we still have much work to do."

Table of statewide scores by test and grade level  Page A8

Students and parents at Sechrist Elementary school on the first day of the new school year in this August 2015 file photo.

The statewide scores for the 2015-16 AzMERIT tests show small improvements from the previous year, but passing rates in many grades remain below 50 percent.  Scores at the district and school levels will not be publicly available until August.