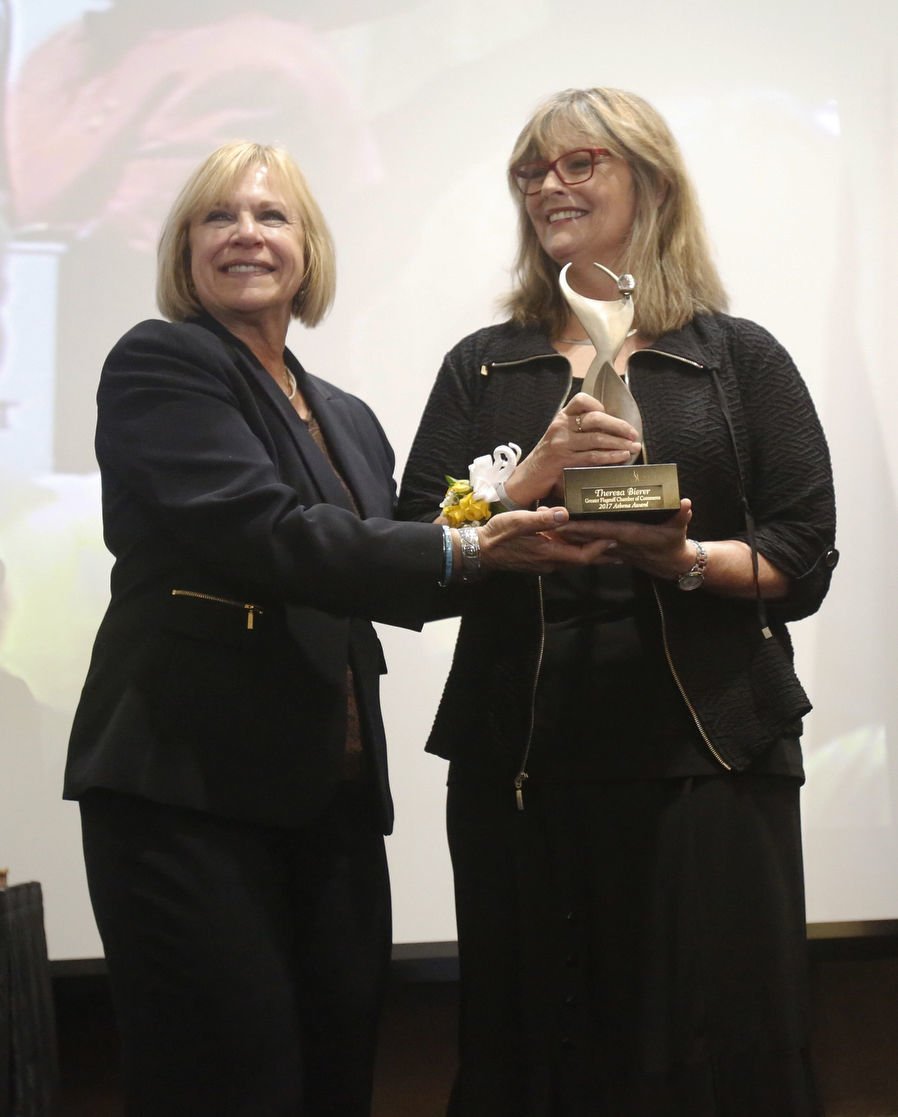 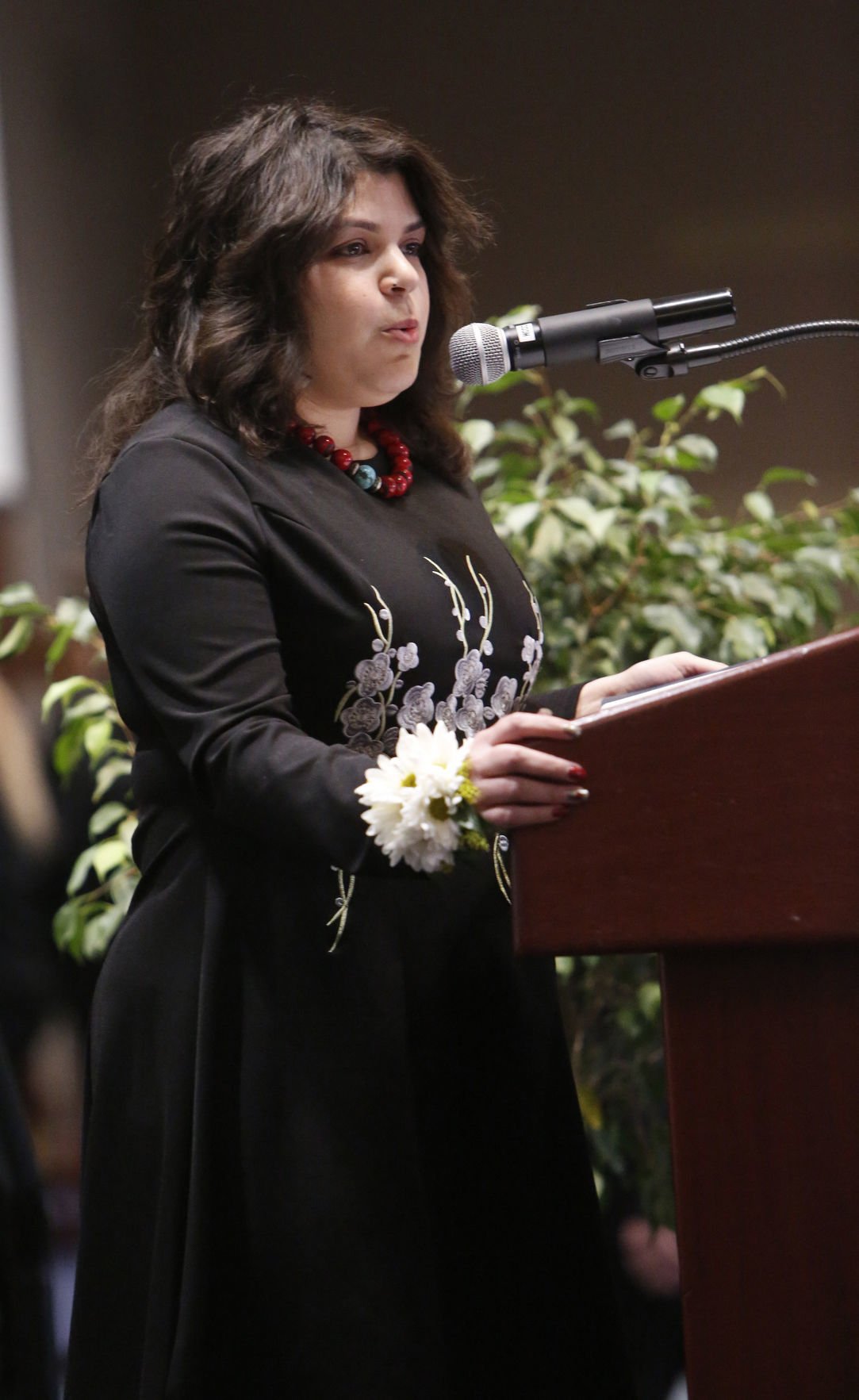 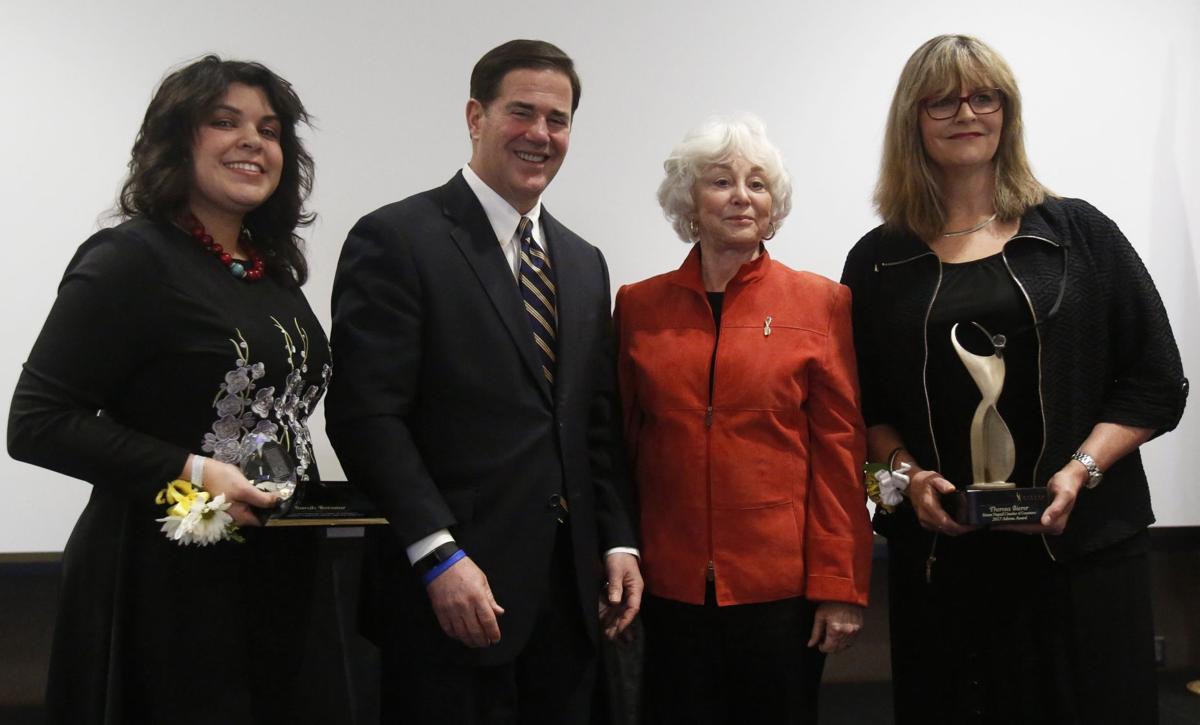 In the year of the #MeToo movement, the honorees at the Greater Flagstaff Chamber of Commerce’s Athena awards credited their mentors, both male and female, with their successes in business and in public service.

Theresa Bierer, the winner of the Athena Award, said the #MeToo movement has been important to her as the mother of two daughters, but in her own life she has benefited from both male and female mentors.

“In my career there have been amazing women and men who have mentored me,” Bierer said. “I’ve never felt like anyone held me back, but I’ve felt like they raised me up.”

Bierer, a professor of practice at Northern Arizona University, teaches business communication classes in the W.A. Franke College of Business.

“I teach juniors in the business college, and now we take time to talk about the #MeToo movement,” Bierer said. “It’s an opportunity for young women and men to learn to find their voices and be professional.”

Bierer said she was honored to receive the award, and there are many deserving women in Flagstaff who mentor others.

“I’m friends with so many amazing women who do give of themselves quietly,” she said. “They uplift women and men.”

She is grateful for the people of Flagstaff, who have helped her and her family through difficult times in the past, she said.

“This community is special,” she said. “The people here are special. They are here because they want to be here.”

Bierer said she would never wish anything bad to happen to anyone, but said if something were to happen, Flagstaff is the right place, because the community comes together to help one another.

“I’ve lived in seven states, and I’ve never seen a community rally around its people like this community has rallied around me,” she said.

Before becoming a professor, Bierer worked in the NAU Public Affairs office and previously worked as a television news reporter.

Sarah Benatar, the Coconino County Treasurer, was honored with the Athena Young Professional Award at Friday’s ceremony. She said her award was dedicated to women who devote themselves to others.

“This award is for you, all women,” Benatar said.