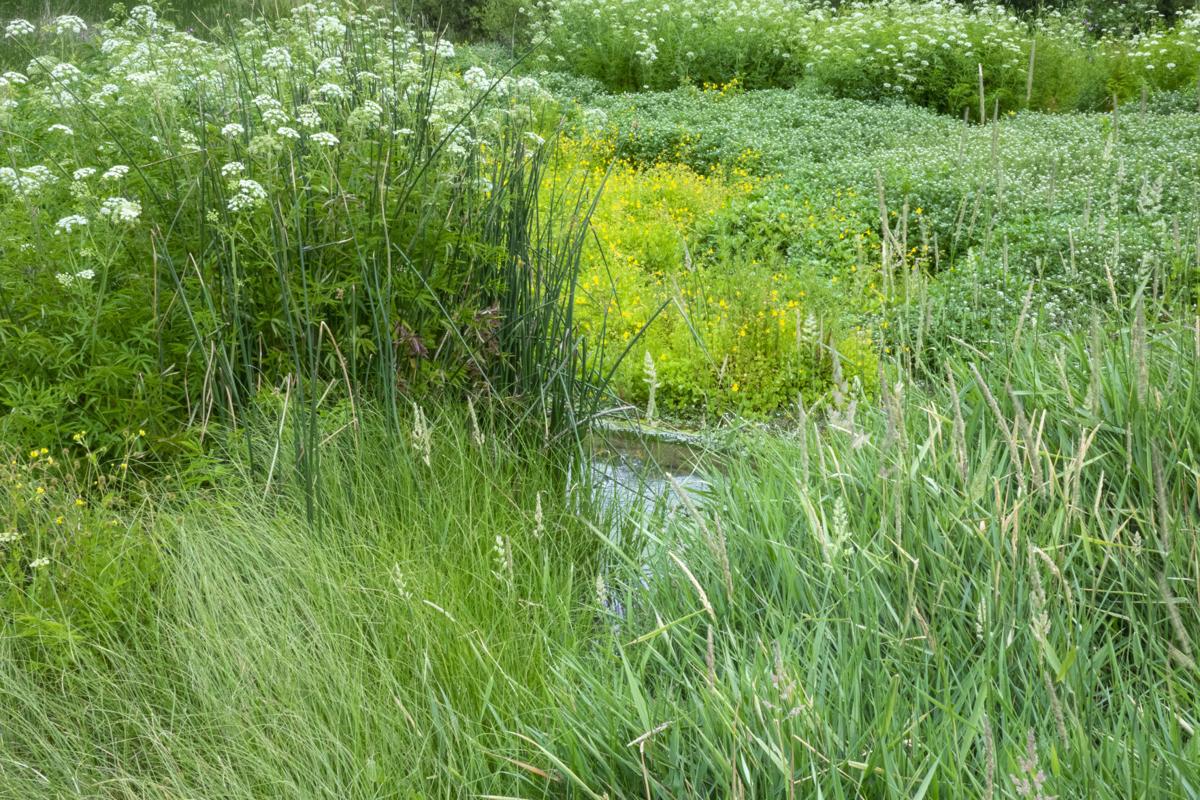 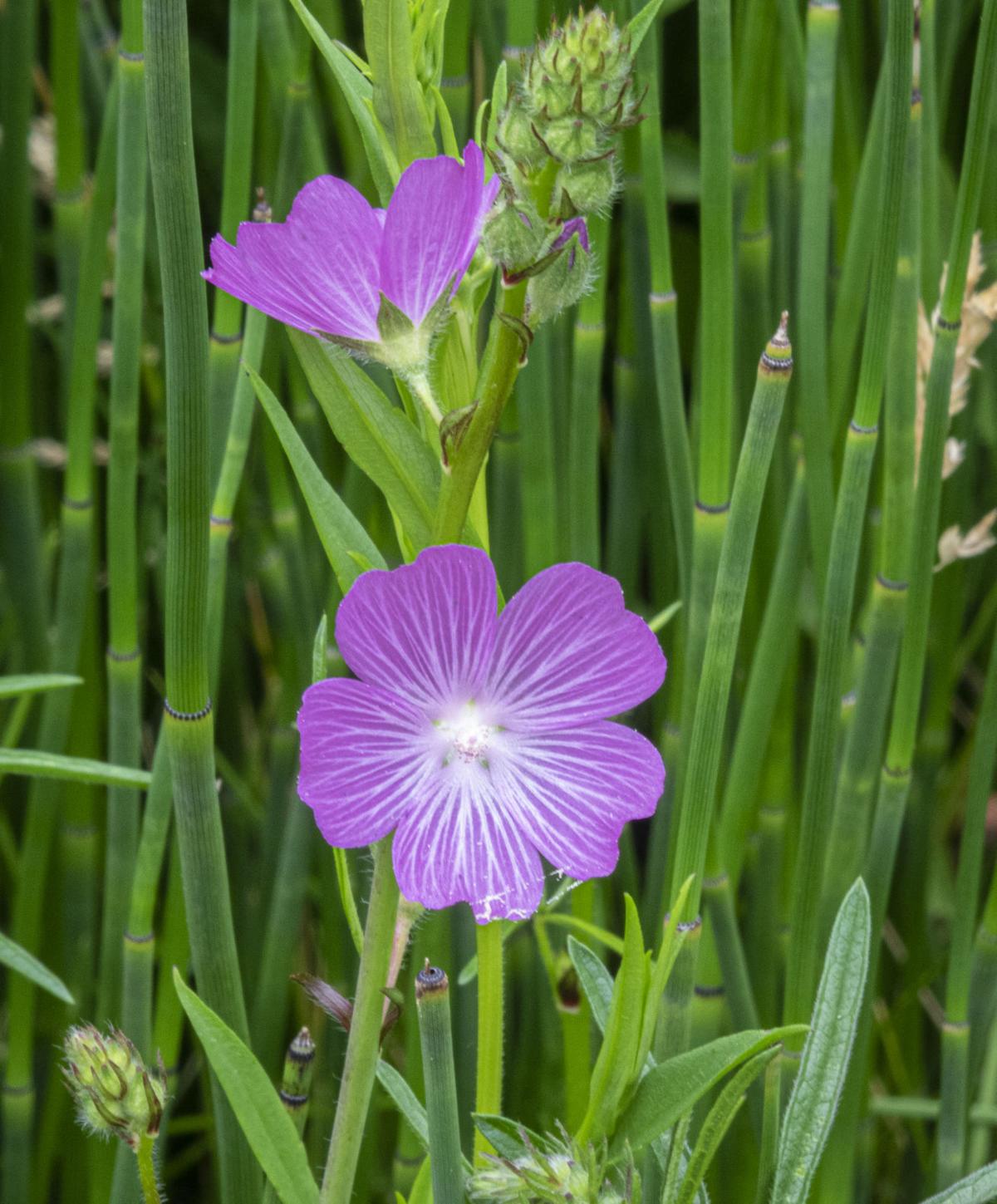 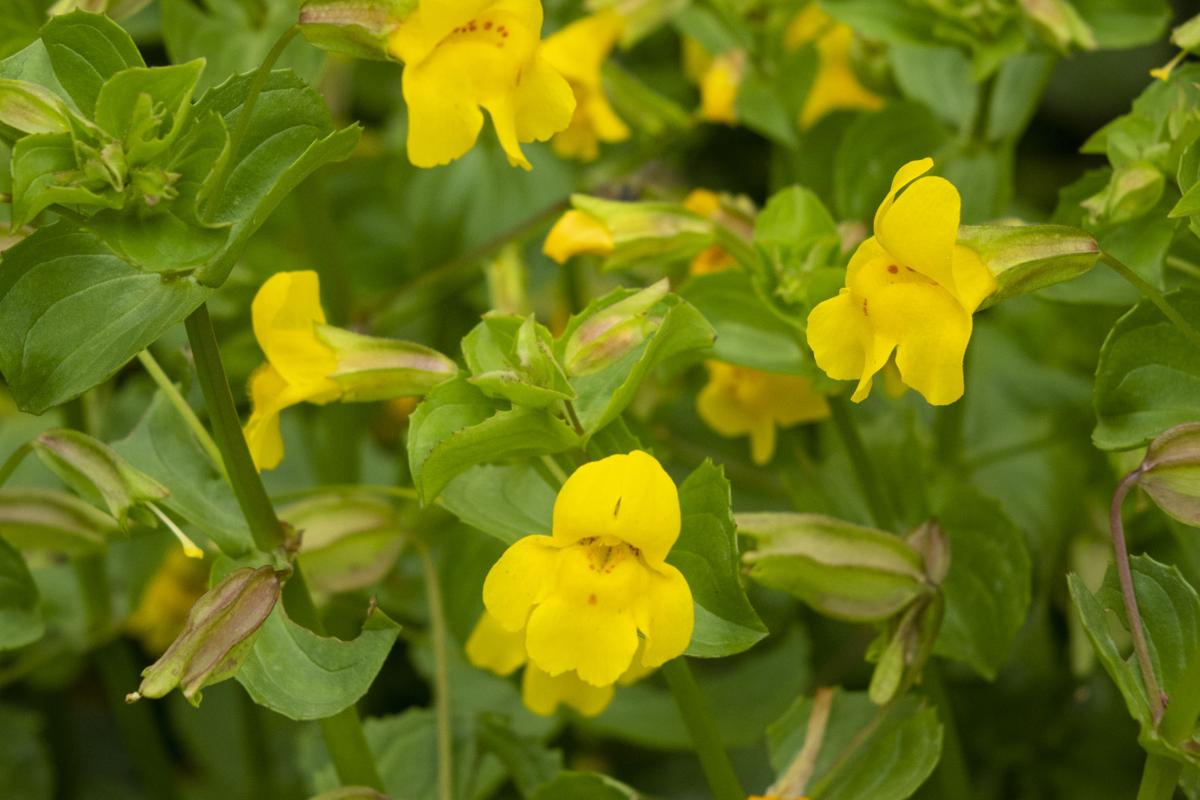 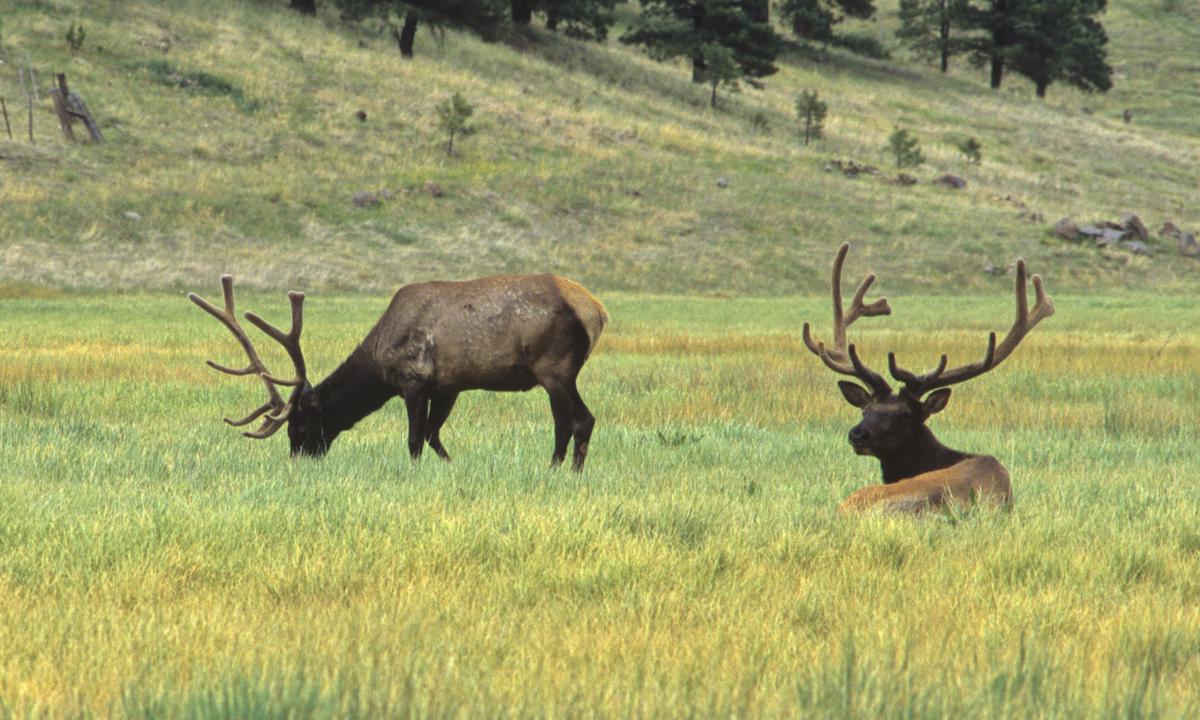 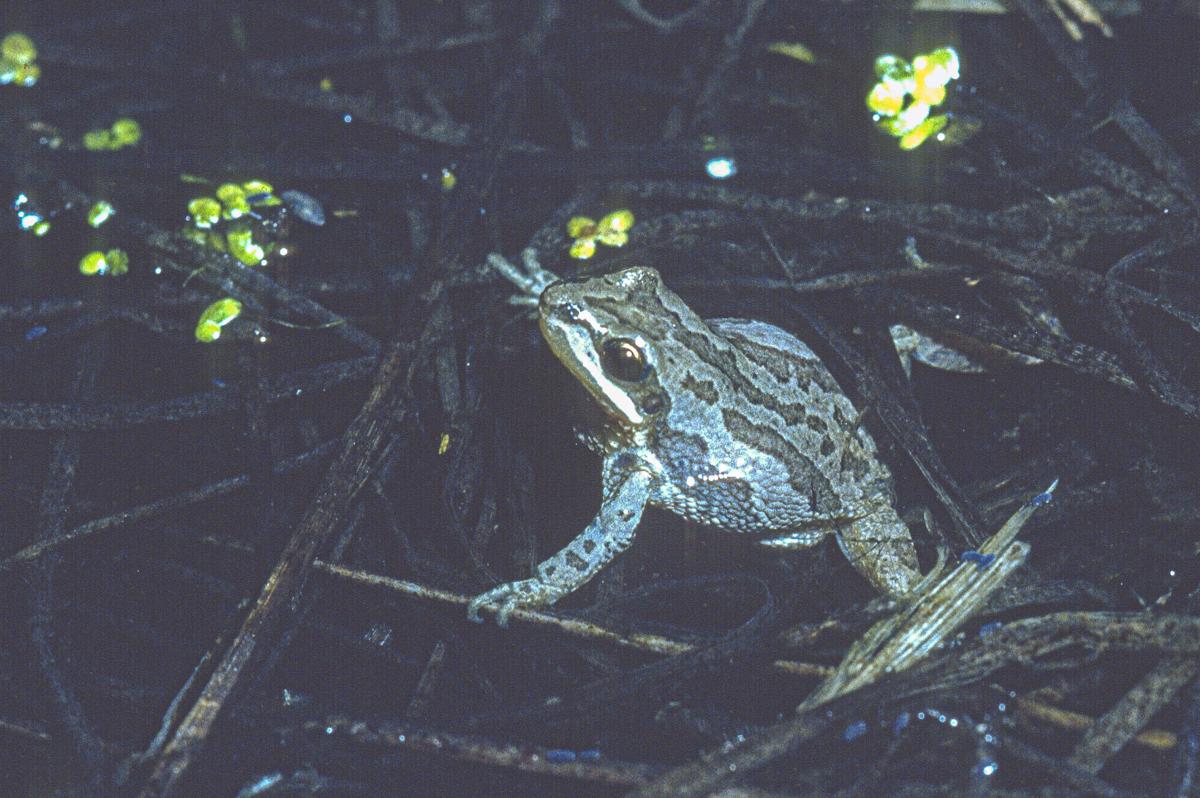 A chorus frog calls for a mate from O'Neill Spring.

As you drive south of Flagstaff on Interstate 17 approaching Kachina Village, you may not realize that you are crossing over the “headwaters” of Oak Creek. At this point, the drainage is known as Pumphouse Wash. On the west side of the highway, several springs have produced a 66-acre meadow wetland that is a very rare habitat in northern Arizona. In recent years Pumphouse Meadow has been made part of Coconino County’s designated Pumphouse County Natural Area.

In 1882, a steam-powered pump began diverting water from the largest spring, O’Neill (also spelled O’Neil or O’Neal), through a hand-dug, 4-inch pipeline to the new Ayer lumber mill in Flagstaff. The water was shared with the recently arrived Atchison, Topeka, & Santa Fe Railway. Four years later, a major fire swept through Flagstaff, and a second, larger pipeline to town was constructed. The abandoned pumphouse that stands today in the meadow dates from the early 1900s and housed an electric pump that operated as late as 1959, or thereabouts.

In the meadow, lark and vesper sparrows are fairly common; great blue herons hunt for small fish and frogs; choruses of red-winged and yellow-headed blackbirds sing from the cattails; and mallards, cinnamon teals, northern pintails and ruddy ducks are common nesters. Wintering bald eagles are often seen -- last year, a pair apparently nested nearby. In the spring and fall, transients such as American avocet, white-face ibis, and black-necked stilts are not unusual.

Native meadow vegetation is comprised of willows, grasses, cattails, sedges, rushes and forbs. Unfortunately, there are a number of invasive plants that compete with these natives. The non-natives include Scotch thistle, diffuse knapweed, horehound, common reed, Dalmatian toadflax, cheat grass, reed canary grass, and barnyard grass. Although cattails are native, they can become too abundant and crowd out other natives.

Crowding O’Neill Spring is coyote willow — a major browse for elk and deer; Arizona wild rose — whose hips are a source of vitamin C; yellow monkey-flower — from which a tea can be brewed to soothe stomach aches; checkermallow — host to the checkered skipper butterfly; pineywoods geranium — whose herbage contains aromatic oils; introduced edible watercress; and annoying poison ivy.

At the south end of the meadow is Raymond County Park, which has an observation platform — a great place to watch wildlife. Mammals utilizing the riparian and meadow areas include secretive long-tailed weasels, voracious shrews, inquisitive raccoons, coyote and gray fox.

Along the edge of the meadow are occasional small mounds of dirt, the work of pocket gophers. Although gophers can be a nuisance in your yard, their tunnel digging actually helps aerate the soil. Magnificent Rocky Mountain elk sometimes bed down in the meadow. Of the two dozen species of bats known to frequent Coconino County, several of these hunt for insects over the meadow and in the wash.

Many insects inhabit the meadow. My favorites are the agile dragonflies and damselflies, which are important consumers of mosquitoes as well as other insects.

Western chorus frogs wake in early spring from their hibernation and begin to sing day and night for a mate. The volume of their call far exceeds their diminutive size. After finding a partner and the females' laying upwards of 1,500 eggs each, the adults keep a quiet, low profile the rest of the season.

Western terrestrial garter snake is the most common snake species encountered in the meadow. These are sometimes difficult to identify because of their varied array of striped and non-striped forms, with or without black spots.

Two useful references relating to the Kachina Wetlands Preserve are:

The Northern Arizona Audubon Society maintains a lovely webpage devoted to the Kachina Wetlands (http://northernarizonaaudubon.org/NAAS/kachina-wetlands-preserve/). It includes a five-minute video overview of the ponds and a printable checklist of the more than 200 species of birds that have been observed there.

Stewart Aitchison has been exploring and writing about the Colorado Plateau for more than 50 years. His publications include "The Official Guide to Grand Canyon’s North Rim" and the forthcoming "Bears Ears Country: A National Treasure."

The NPS/USFS Roving Rangers volunteer through a unique agreement between the Flagstaff Area National Monuments and the Coconino National Forest to provide interpretive ranger walks and talks in the Flagstaff area.

Submit questions for the Ask a Ranger weekly column to askaranger@gmail.com.

Are aliens not coming to Earth because of the cost?

Are aliens not coming to Earth because of the cost?

What is that mysterious 'blinking' object in space?

What is that mysterious 'blinking' object in space?

Ask a Ranger: The Pumphouse area, Part Two: The Wash

A chorus frog calls for a mate from O'Neill Spring. 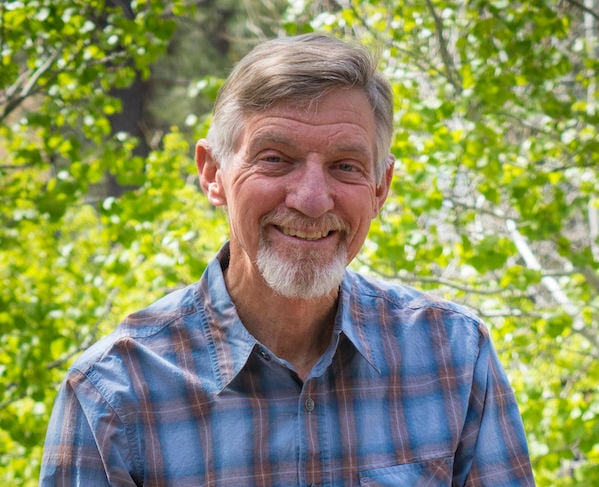