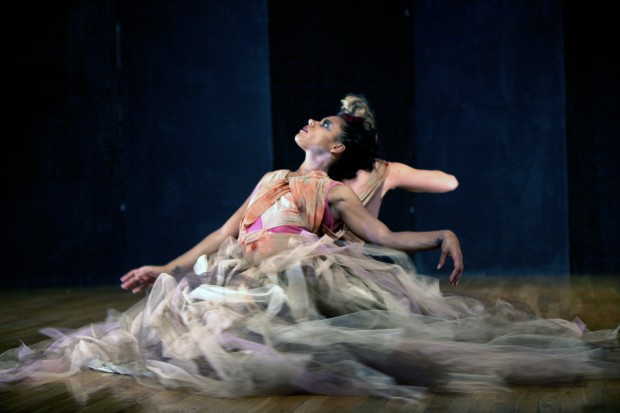 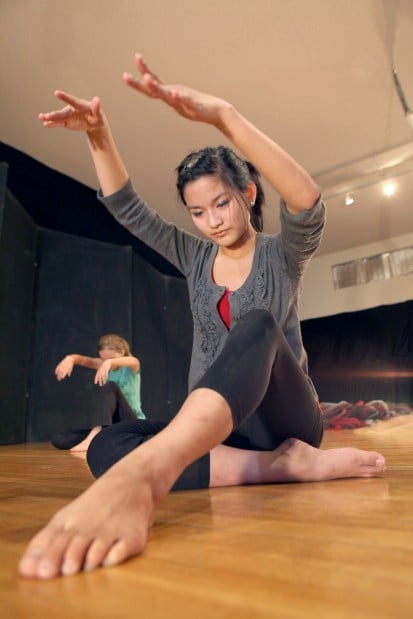 How would you feel about being a vampire or werewolf? Or a newborn spider?

The young dancers in this weekend's Halloween-themed performances with Canyon Movement Company will delve into the dark, chilling and psychoanalytical for the spooky season in "Dusk to Dawn: Vampire Legends and Other Creepy Tales."

Tricks, no, but treats, yes. Leaving behind the traditionally cheerful pageantry of youth dance performance is a welcome change of pace for Elizabeth Stout, a sixth-grader at Pine Forest Charter School and a dancer since pre-school.

"Throughout the whole show it's not like happy and smiles -- it's discombobulated, like, 'What's happening?'" she said, waving her arms around like the spider she is studying to channel.

"The other's like, 'What's on our arms?'" said Amber Reader, a sixth-grader at Mount Elden Middle School.

Ten Velocity Dance Company dancers as young as 11 will perform on the program with adult dancers from the Canyon Movement Company. The adults promise an especially visually sumptuous presence, with the use of props like Lazy Susan-like spinning platforms for seated dances and silk swaths hanging from the ceiling for aerial movement.

And somewhere along the way, there will be fake blood.

All of the youth dancers are vampires in a group dance that has them exploring the emotions of being blood-nourished undead. Here, they break the fourth wall, acknowledging the audience in shock before scurrying off into the shadowy corners of their gothic world.

"You could be a tortured vampire, a happier vampire," said Chloe Howe, a freshman at Flagstaff High. "You could be transforming into a vampire."

In a "Twilight"-infused youth culture, vampires are the fantasy race du jour, with werewolves a close second.

IMPRINTED ON HIS MUSCLES

Devon Battilega, a senior at Coconino High, appears in a self-choreographed solo as a wolfman coming to grips with his transformation.

Devon wrote the dance for last year's Coconino talent show and has performed it so many times since that it's become imprinted on his muscles.

His newly turned werewolf is a layered, anxious lycanthrope who figures people won't like his form but still hopes he will be embraced. People are intrigued by the werewolf, but they aren't sure if they want to be his friend.

"He wants to give in to everything happening around him, but at the same time he wants to be able to have passion for it and live with it rather than just let it take over," he said.

The worries of the wolf give a look inside Devon's mind -- he has friends and he's well-known around school, as he's active in drama and choir as well. But he also feels separated from his peers. They whisper and make assumptions about him without talking to him directly, even though he's friendly and open.

The young man has found his calling on stage, though. At 17, he's the youngest instructor at Canyon Dance Academy, teaching hip hop mostly to children. He's been singing and acting since middle school. He'd like to be an A-List movie star.

Hillary Davis can be reached at hdavis@azdailysun.com or 556-2261.

WHAT: "Dusk to Dawn: Vampire Legends and Other Creepy Tales," presented by Canyon Movement Company

Chloe Howe, 14, prepares for the start of her dance, “Some Call Us Vampires” during a dress rehearsal for “Dusk to Dawn — Vampire Legends” at Canyon Movement Company Tuesday evening. (Jake Bacon/Arizona Daily Sun)
© Copyright 2021 Arizona Daily Sun, 1751 S. Thompson Flagstaff, AZ | Terms of Use | Privacy Policy
Powered by BLOX Content Management System from TownNews.com.
You don't have any notifications.