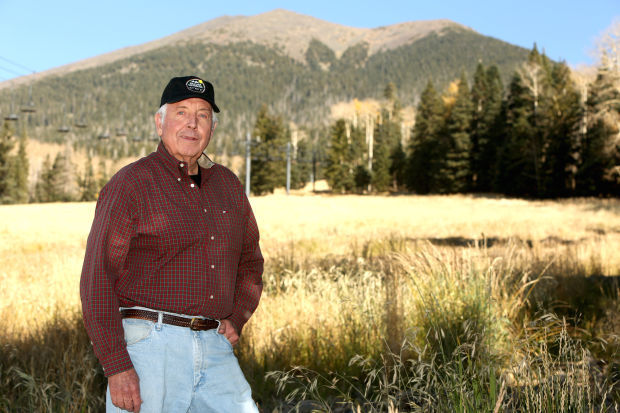 Eric Borowsky, owner of the Arizona Snowbowl, sands at Hart Prairie Wednesday afternoon. Borowsky has sold the ski area to Durango, Colo., businessman James Coleman in a deal that will be finalized next week. (Jake Bacon/Arizona Daily Sun) 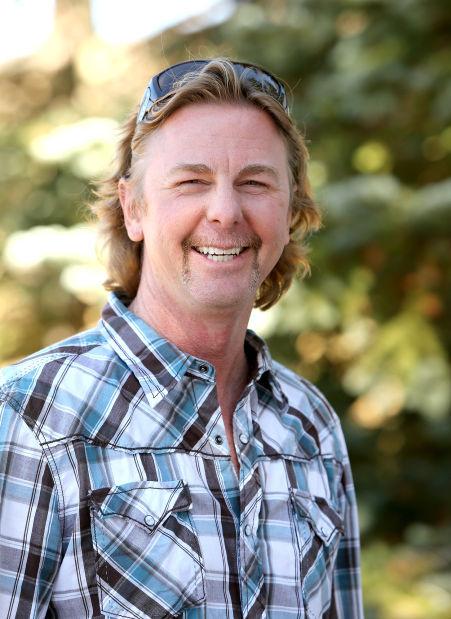 In a deal to be finalized next week, longtime Arizona Snowbowl owner Eric Borowsky will be selling the ski resort to Durango businessman James Coleman, along with a group of investors from Arizona, Colorado and Texas.

Arizona Snowbowl made the announcement Wednesday, the same day that owners of Colorado’s Durango Mountain Resort went public with the news that they have agreed to sell to Coleman as well.

“We’re really glad to turn it over to an organization that is very similar to our ownership group," Borowsky said. "It's not a big company; it's not a Vail. It's a company who knows who their employees are, appreciates their employees and wants to take care of their customers. This resort is now poised for the next generation of improvements.”

The 77-year-old resort wasn’t for sale when Coleman approached Borowsky in March. But the Durango resident was specifically interested in the resort because of its location next to Flagstaff and close to Phoenix, the amazing views and the fantastic skiing, said Scott Price, the chief operating officer of Sipapu and of the newly created Snowbowl Recreation ILP, the company that will own Snowbowl. Coleman also visited the area many times as a child.

After talking through the offer with Coleman and Price during the spring, Borowsky said he brought it to the partnership that owns the resort and they agreed it was time to pass the baton.

The deal means that effective immediately, Snowbowl season pass holders will also have access to unlimited skiing and snowboarding at Sipapu and Pajarito. Select pass products will continue to include a certain number of free lift tickets to resorts throughout the West as well.

Coleman will continue to make snow using Flagstaff’s treated wastewater, with plans to start blowing the icy water on slopes when nights get cold enough in November. All of the resorts Coleman owns use snowmaking, and it is a fundamental part of his business, Price said. The hope is to use snowmaking to extend Snowbowl’s season even more.

Sipapu has the longest ski season in New Mexico and has been the first in the state to open for 10 years running, Price said.

The company has plans to increase snowmaking to cover 75 percent of the mountain, up from 60 percent now, said J.R. Murray, the resort’s general manager. The resort began making snow in 2012, crediting the practice with allowing it to stay open consistently.

The city of Flagstaff will transfer ownership of the reclaimed water agreement to Snowbowl Recreation ILP through an administrative process that doesn’t involve any kind of public hearing, said Brad Hill, the city’s utilities director. That agreement was renewed in August and will expire in 2034.

The city of Flagstaff’s 2002 decision to sell reclaimed wastewater to Arizona Snowbowl has faced a bevy of lawsuits, one of which the city confirmed is ongoing. That lawsuit, brought by the Hopi tribe, challenges the city’s sale of reclaimed water on the argument that making snow with it causes a public nuisance.

Coleman said he sees the ability to use recycled wastewater, instead of tapping into ground or surface water, as an environmental plus.

Along with expanded snowmaking, Coleman has plans to install a new high-speed lift between the Sunset and Agassiz lifts, create a snowplay area and improve base area facilities. Price said they’re looking at adding another lift that would provide more access to runs on the north side of the resort, closest to Humphreys Peak.

Financial details of the Snowbowl sale were not disclosed. The Arizona Snowbowl Limited Partnership, of which Borowsky is a part, bought the resort in 1992 for $4 million. In 2009, the Navajo Tribal Council was considering offering $49 million for the resort, with an aim of stopping the use of reclaimed wastewater for snowmaking on the mountain. The resort was not for sale then either, and the deal fell through after tribal lawmakers became concerned about the concept of buying and selling sacred sites.

Murray and the rest of the management staff will stay on board at Snowbowl even though the ownership is changing hands. The resort will start hiring seasonal employees after its Nov. 5 job fair and plans to open around Thanksgiving. Last year, Snowbowl saw about 143,000 skier visits.

Eric Borowsky, owner of the Arizona Snowbowl, sands at Hart Prairie Wednesday afternoon. Borowsky has sold the ski area to Durango, Colo., businessman James Coleman in a deal that will be finalized next week. (Jake Bacon/Arizona Daily Sun)