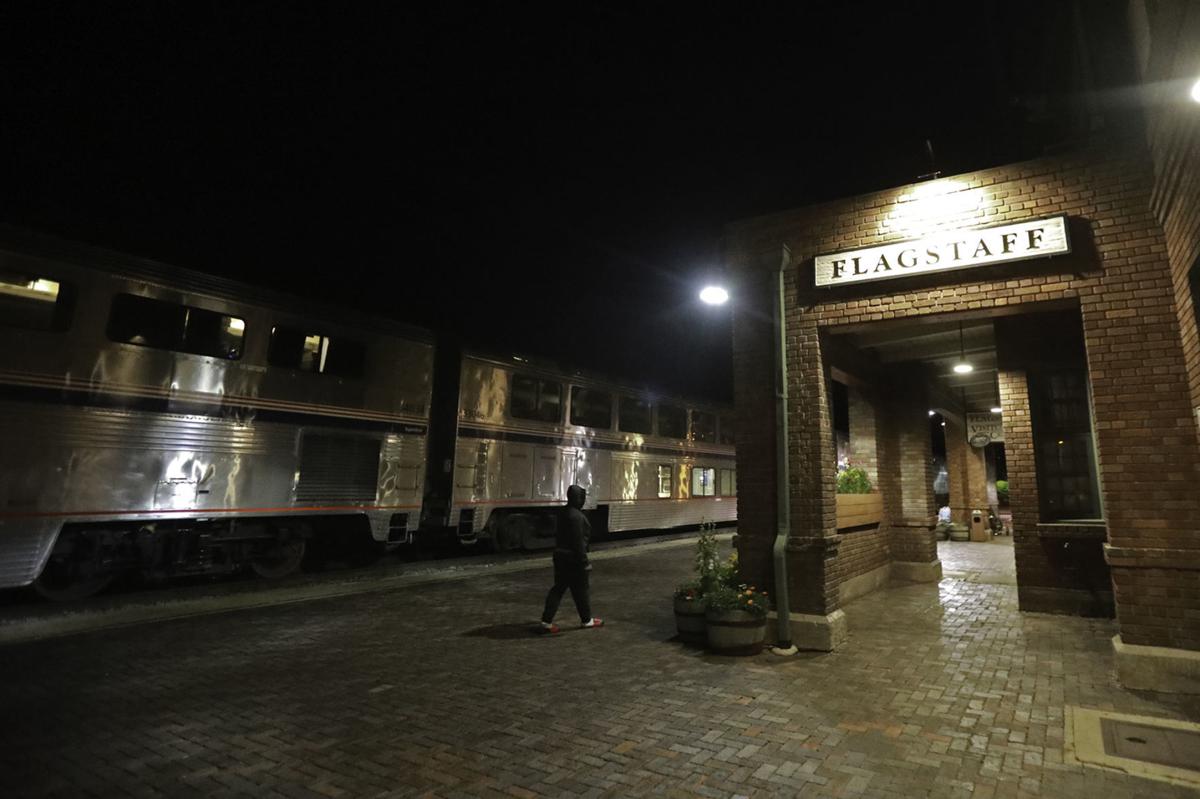 An Amtrak train heading from Flagstaff, to Los Angeles stops outside the Flagstaff train station Wednesday night after loading passengers. 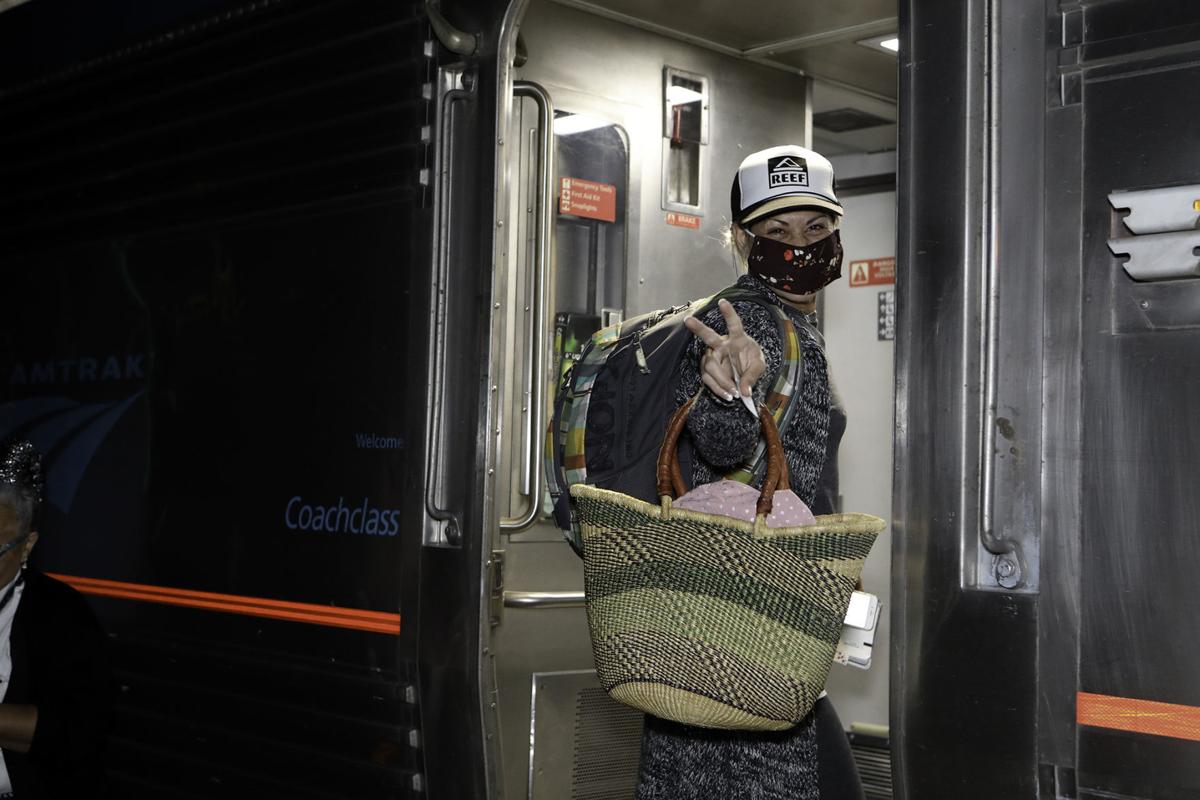 Twice a day, at around 6 a.m. and 9 p.m., the Southwest Chief Amtrak train rolls to a stop in downtown Flagstaff. But that could soon change as Amtrak is cutting service in response to the COVID-19 pandemic.

Last week, the company announced that service on long-haul passenger routes such as the Southwest Chief, which has carried passengers from Chicago to Los Angeles for over four decades, would be reduced to running only three days a week.

The change is set to occur on Oct. 1 and could represent just one more challenge to the Flagstaff tourism economy during a time when the novel coronavirus, and the resulting economic fallout, has kept many at home.

In 2019, the Southwest Chief carried just more than 338,000 passengers, about a 2% growth over the previous year, and in 2016, just over 41,000 passengers got off or embarked at the downtown train station in Flagstaff.

But according to Amtrak CEO William Flynn, ridership has dropped significantly due to the pandemic.

In a letter Flynn penned to congressional and senate leaders in March, the CEO said Amtrak expects ridership to be as low as 50% throughout the next fiscal year.

“Amtrak -- like all other modes -- has now seen a dramatic decline in demand for service. Today, many of our routes are struggling to reach ten percent of the ridership levels we had only months ago,” Flynn’s letter read.

As of now, the reductions in service are only supposed to last through fiscal year 2021. Service would be restored as demand began to pick up again, potentially by the summer of 2021, according to Amtrak spokesperson Olivia Irvin.

Irvin added the company has already made cuts to other routes providing service between large metro areas in the northeastern United States.

Todd Liebman, president of the passenger rail advocacy organization, All Aboard Arizona, said he worries that while these cuts could begin as a temporary measure responding to the virus, the reduced service will become a longer-term change.

Liebman said the leadership at Amtrak has long pushed to cut long-haul passenger routes, which Amtrak believes are not profitable, and put all the organization’s focus on shorter routes in densely populated urban corridors. Liebman said he and others at All Aboard Arizona “fundamentally disagree” with those assertions and add that a closer look at the numbers reveals that long-haul routes are in fact more profitable than Amtrak tries to assert.

Additionally, Liebman said long-haul routes are a lifeline for many small and rural communities across the country, often being the only form of public transportation available, noting that cutting that service in the midst of a global crisis leaves such communities on their own.

In a letter addressed to the Flynn, and also sent to federal representatives, Flagstaff Mayor Coral Evans and Council asked that service be maintained on the Southwest Chief route.

In the letter, sent last week, the Evans pointed out that Amtrak received over a billion dollars in CARES Act funding to help deal with the impacts of the corona virus crisis.

“We are deeply concerned by the proposed downsizing plans and believe that they would be contrary to the public interest,” the letter reads. “For the many riders that depend on Amtrak service from Flagstaff, less than everyday service would cause scheduling difficulties and a significant loss in ridership.”

Amtrak has cut service on long-haul routes in the past in an attempt to save money but Liebman said it hasn’t worked out well. In the 1990s, the company cut service on such routes but found that the money they saved didn’t justify the subsequent drops in ridership and reversed the decision, Liebman said.

“This little experiment has been tried before and it's a failure,” Liebman said.

As an example, he pointed to the nearby Sunset Limited route. That route connects Tucson, Phoenix and Los Angeles but only operates on a three-train-a-week schedule.

It's not hard to imagine how profitable that route could be, connecting three large metro areas, but Liebman said the lack of service makes it inconvenient to travelers and thus they don’t use the train.

An Amtrak train heading from Flagstaff, to Los Angeles stops outside the Flagstaff train station Wednesday night after loading passengers.