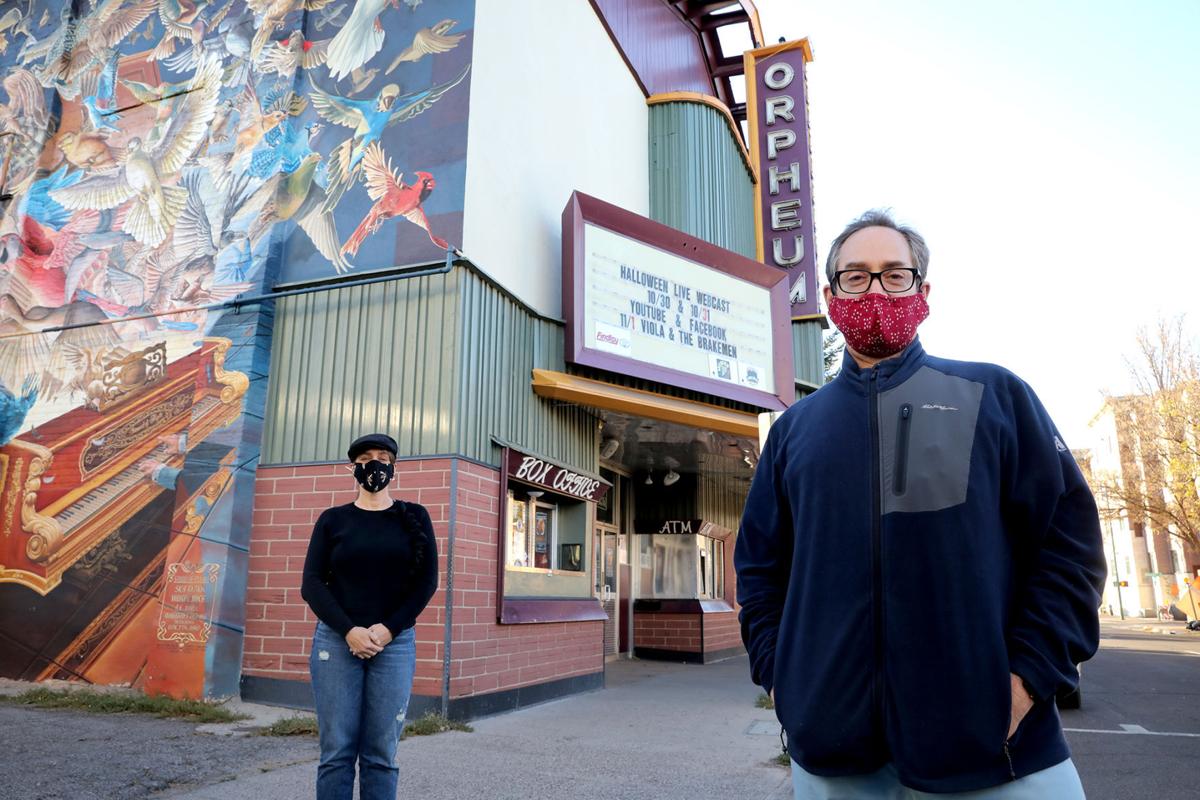 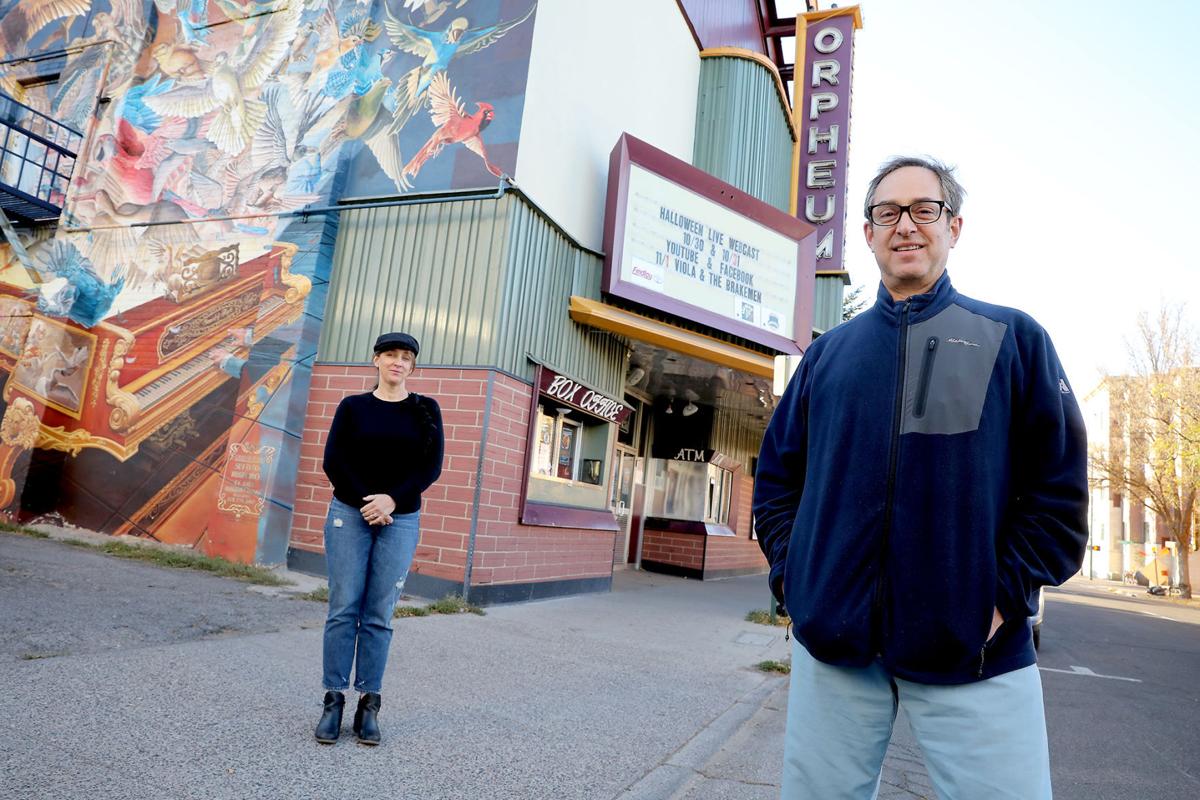 This week has been bittersweet for Grant Gardner who has owned and operated the El Capitan Fresh Mexican Grill off Milton Road for nearly 16 years.

The restaurant has been as busier than ever, at least when compared to the previous several months. But those customers are coming in part to say goodbye.

Last week, through an announcement on social media, Gardner said the restaurant would be closing on Nov. 20.

A decision like that is never an easy one, Gardner said, and it has involved “a lot of snot-bubble crying at night; ugly cry is what we call it.”

But Gardner said at this point it was the only decision he could make if he wanted to retain his passion and love of the restaurant industry. Working in that industry, and managing a restaurant, has only gotten harder over the past several months.

And Gardner said he wants to get out now with the love of the industry intact before he is forced to close “bitter and angry, and broke.”

With any appearance of additional federal aid a long ways off, spiking COVID-19 numbers threatening a second shutdown and the prospect of seeing a $2 increase in the minimum wage in January, Gardener compared the situation to leaving the casino with a little money left in his pocket rather than gambling it all and losing.

And El Capitan isn’t the only business to announce closures in recent weeks, either temporarily or for good.

The Farmers Market on Fourth Street also shuttered its doors earlier this month as did the Smash Burger on Milton.

Meanwhile people with the Orpheum Theater announced last week that they would be going mostly dormant for the winter with a comeback planned for next year.

Charles Smith, who owns the Orpheum, said he is proud that, in his view, the Orpheum has been the most active venue in the state and certainly in the city since COVID-19 has made large events impossible.

The venue has organized and hosted livestreams and small outdoor shows throughout the pandemic as a way to raise at least some money for themselves and the artists they work with.

They have also developed that virtual infrastructure, paired with the Orpheum itself, to still rent livestreamed events to other organizations. That is something likely to continue through the winter even as they are no longer producing their own shows.

But as other venues, and larger national industries like Hollywood, have turned to streaming, that avenue has become a less viable option, Smith said. Moreover, the onset of winter makes outdoor shows less appealing.

Just as with Gardner, Susan Walter, the Orpheum's general manager, emphasized that going dormant is no easy call.

They will still have over $20,000 a month in bills, all the while they have brought in only 1% of their normal annual revenues, Walter said. Walter added that they have witnessed other venues are similarly struggling.

Since the beginning of the pandemic, Walter said, the Orpheum has gone from employing about 50 staff members doing everything from administration to working events to just a single full-time employee.

“It will just be me and Charles here this winter trying to make plans for the future,” Walter said.

One industry-specific challenge they face that makes planning that much more difficult is how far out they are normally scheduling events, said Smith.

They are almost always planning six months to a year out, and when no one knows what the next month will be looking like, that kind of planning becomes even harder.

Walter said she has recently been reworking their seating charts to see how many people they could let in for a socially distanced event. But even then, Walter said they never want to push what is safe and what attendees might feel comfortable with.

Events they have had recently have been kept to no more than 50 attendees outside. For an indoor event, that would represent only about 5% of their capacity.

Next year, Walter said they are thinking about how they can continue to host events in a safe manor, specifically outdoors.

At the moment, the contract to run the Pepsi Amphitheatre at Fort Tuthill is empty after Coconino County, which owns the venue, let the previous contract expire in August.

Smith suggested the Orpheum could apply for that contract when the county puts out a request for proposals later this year, but that nothing has been decided yet.

“If we are going to submit a proposal, one of the strengths of the Orpheum is also the fact that we are in the industry 365 days a year,” Smith said.

The Coconino County Board of Supervisors is set to discuss a draft request for proposals for the contract on Nov. 17.

Walter said something else that could be a huge help would be additional federal aid meant to assist business during the pandemic.

Gardner agreed with that assessment and said additional federal aid would have been a game changer.

Both the Orpheum and El Capitan received money through the CARES Act. But Gardner said that aid, which was designed to get businesses through the first few weeks of the crisis, wasn’t enough when the pandemic continued to drag on for months.

“We did receive the PPP, and it helped out so much, and it was great,” Gardner said. “If everything was back to how it was pre-COVID, then that [aid] without a doubt would have gotten you through, you know, the Band-aid on the cut. When the cut is deeper and it's lasting a lot longer. The Band-aid doesn't work anymore, you know what I mean?”

Walter said she hopes more aid is on its way but also said the rules that came through money provided through the paycheck protection program made it less useful for a business such as the Orpheum. The money was meant the keep people employed but at a time when holding large events is impossible, there is simply no way the Orpheum can employ the same number of people it could pre-pandemic.

Despite months of negotiation, and Democrats passing additional aid through the House of Representatives, it appears any deal is still a long way off.

Regardless of whether more aid is coming, however, Gardner said he hopes the Flagstaff community does its best to keep its local businesses open.

“My main thing would be support local. Don't wait 45 minutes in your car at Arby's or Canes to get something. Maybe plan your day out a little bit better so you have five more minutes for lunch so that you can get it to go at a local restaurant,” Gardner said. “I have no problem saying that the owners of La Fonda, Oscar at burrito Fiesta, John Conley, Tacos Los Altos, Alejandro's, all the Mexican restaurants, we may be competition but at the same time we're, nothing but friends.”

Updated for correction on Oct. 30.

Coconino County is updating its Multi-Jurisdictional Hazard Mitigation Plan (MJHMP), a plan that guides county-wide efforts to reduce the risk…