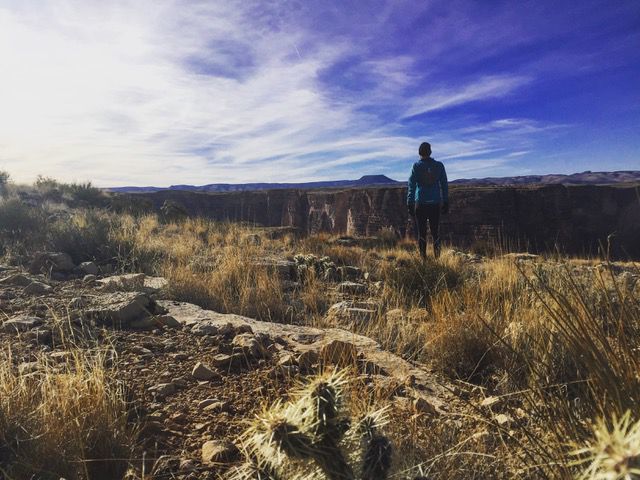 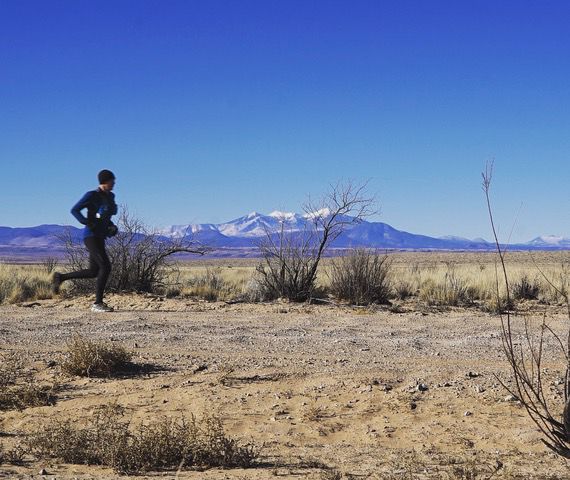 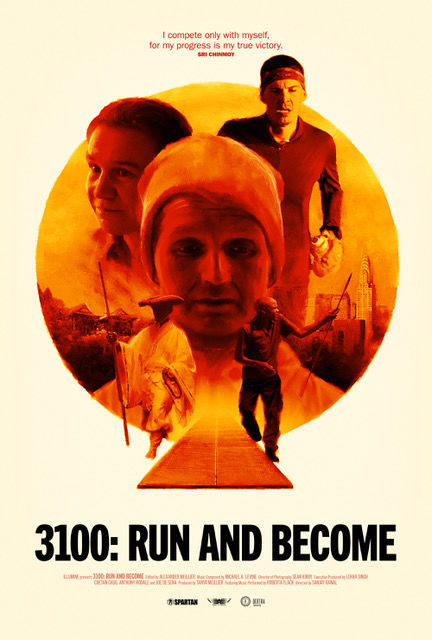 Documentary filmmaker Sanjay Rawal lives in Queens, New York, where, for more than 20 years, he’s seen them: Runners tracing a half-mile loop around a city block. During 52, often sweltering, days of a New York City summer, these hardy souls try to cover an astounding 3,100 miles (an average of 59.6 miles a day).

The race is named for spiritual teacher Sri Chinmoy, who believed running gives people an opportunity to challenge themselves and overcome their pre-conceived limitations, a state he referred to as “self-transcendence.”

“I always thought there was a film to be made from it,” Rawal told me before his newest film, “3100: Run and Become,” premiered in Sedona in July. “But visually, I thought one couldn’t show this topic of spiritual running by just filming people running around the block. You had to connect it to people in cultures that have been running for thousands of years.”

So Rawal and his team began seeking runners who exemplified such cultures. They found Gaolo, of the San Bushmen of the Kalahari, striving to retain his community’s hunting traditions in the face of a government ban. They found Gyoman-san, one of the Tendai-shu monks of Mt. Hiei, Japan. These “marathon monks” take on the “Thousand Day Challenge,” which lasts seven years and involves walking a distance equal to circling the planet.

The third runner they found was Navajo Shaun Martin, a well-regarded ultrarunner and race director of the Canyon de Chelly ultra. Martin and his family gave the filmmakers access to not only that race, but the pre-race ceremony performed by Martin’s father, Allen.

“Shaun comes from an unbroken tradition of running and understands how important it is as a spiritual practice,” Rawal said. “From the beginning, he and his dad understood our intentions. They chose to take this opportunity to show everyone the spiritual side of Navajo running.”

In one of the film’s most emotional moments, Allen Martin tells Shaun about times when he ran away from boarding school, covering the hundred miles home before being sent back. In the film, Shaun undertakes a meaningful 110-mile run to his family’s ancestral homesite. Filmmakers captured unforgettable footage of that run, including some imagery taken with a drone that will resonate with every high country runner.

Rawal told me they experienced a scare when Martin injured his leg along the way. For a while, they feared his journey might be over. “But his dad told us, ‘Don’t worry. Running never stops.”

Rawal and co-screenwriter Alexander Meillier wove these stories from Arizona, Japan and Africa in with their central tale of two 3100-race runners in 2016, a paperboy from Finland named Ashprihanal Aalto, who has finished the race 14 times, and a female cellist from Austria, Shamita Achenbach-Koenig.

The documentary is largely Aalto’s story, but it gains layers of meaning from the parallel stories told by Shaun Martin, Gaolo and Gyoman-San. The movie “3100: Run and Become” begins and ends on a sidewalk in Queens. But in between, viewers travel the world, guided by people who see running as a spiritual, not just a physical, practice; a way into themselves and a way out.

Julie Hammonds is coordinating editor for High Country Running. She invites submissions on any aspect of the local running scene. Send columns, tips and ideas to runner@juliehammonds.com or via Twitter @highcountry_run.

“3100: Run and Become” opens theatrically August 31 in Flagstaff and Phoenix. For tickets and more information about the movie, visit 3100film.com.