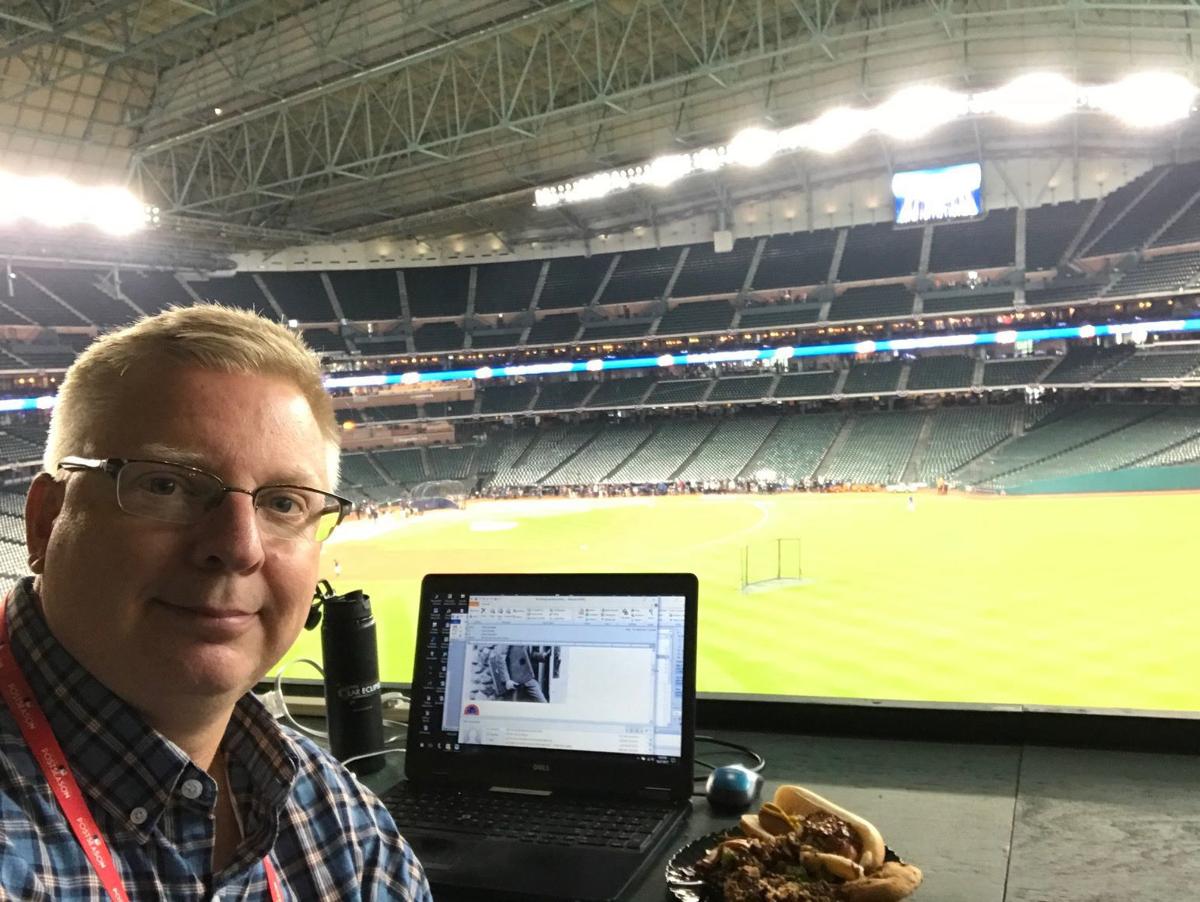 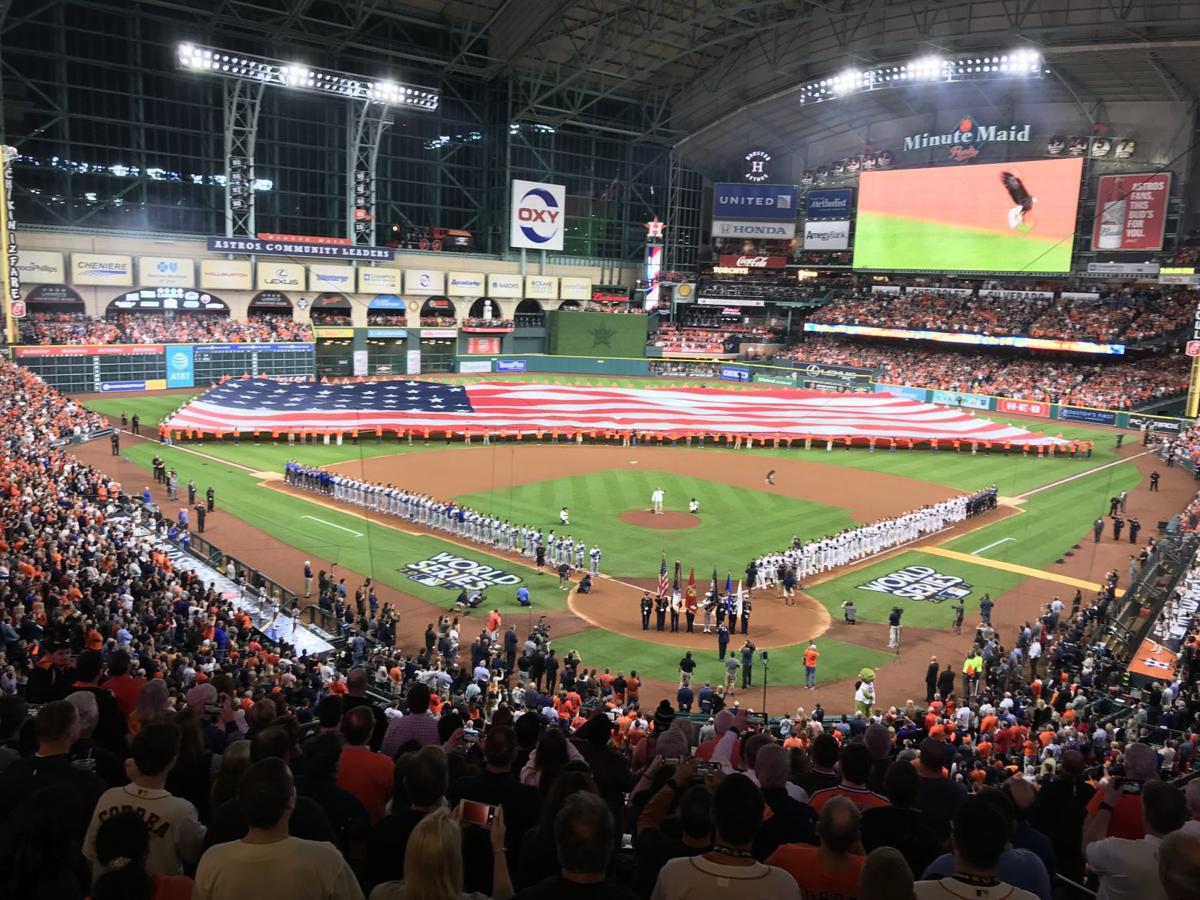 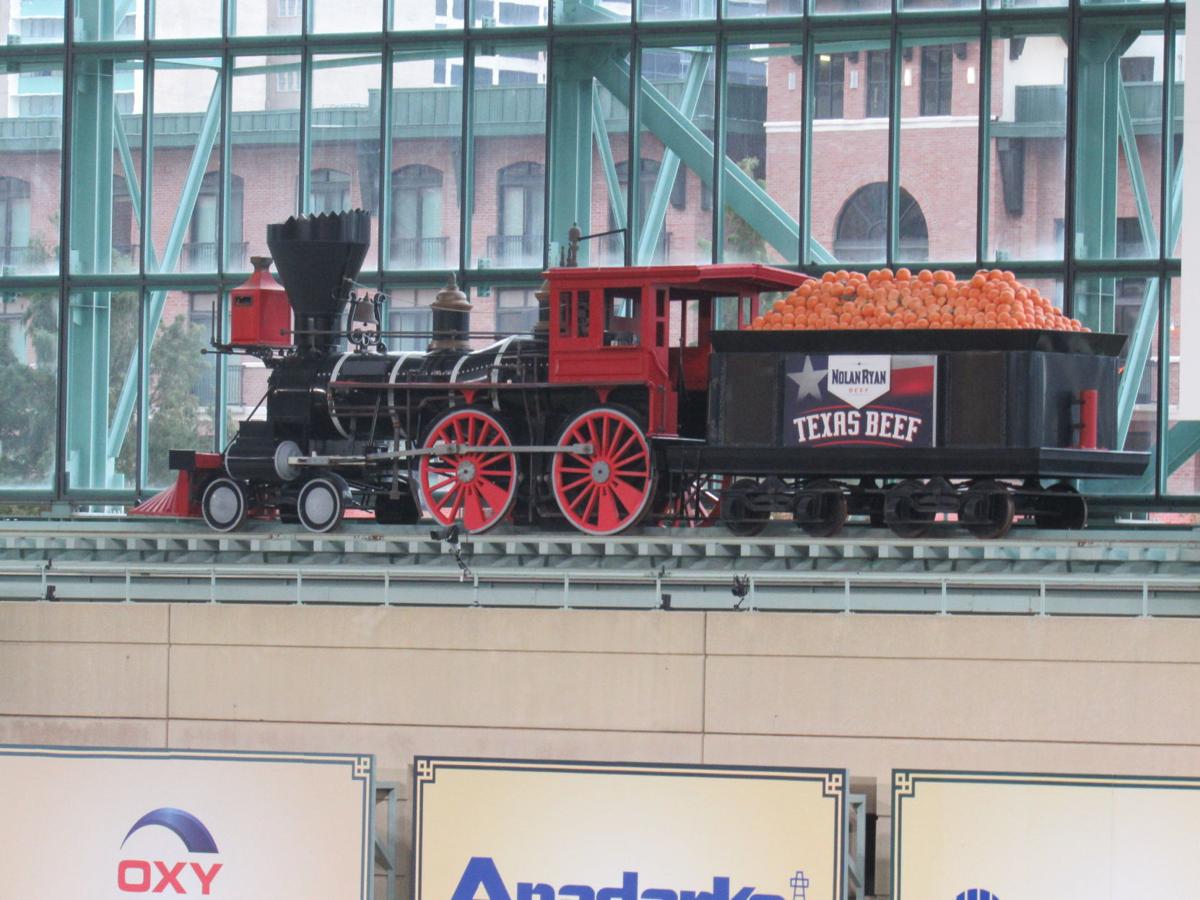 BY KEVIN SCHINDLER Special to the Daily Sun

I have the number 9 permanently burned on my brain: 9 innings per baseball game, a lineup of 9 players starting for each baseball team, 9 lives for cats (such as Charlie and Stanley, my roommates in the Airbnb where I stayed in LA), and 9 planets in our solar system. Yes, you could footnote each one of these—a baseball game, like the epic Game 2 of this year’s World Series, can go longer than 9 (if the score is tied); with the designated hitter rule in the American League, 10 players participate; Charlie and Stanley were so affectionate that I think the cat gods will award them with extra lives; and regarding the number of planets, this blog is about baseball so we won’t revisit that discussion here. But for simplicity, let’s stick with 9.

With this in mind, here are 9 ramblings from tonight’s Game 3, by inning.

Yesterday was a travel day for the World Series, with the action moving to Houston for the next three games. For my part, after the end of Game 2—one of the most gut-wrenching, dramatic games in World Series history—I walked the 1.1 miles back to my room after the 4 hour,19-minute game (Game 1 flew by in only 2 hours, 28 minutes). I packed my bags, set my alarm for 3:30 am, and was lying down by midnight. A short night of sleep, Uber ride to LAX, flight to Houston, 2-hour delay getting a rental car, and check-in at Minute Maid Park to familiarize myself with the park, ended calmly with a seafood dinner and sleep, glorious sleep.

Neither team scored in the first, though the crowd got into the game early as the Astros leadoff hitter, George Springer, stroked a double to center field. Score: 0-0.

The home of the Astros, Minute Maid, is really cool. Some major league ballparks are open, some are closed, and others, like Chase Field in Phoenix or Minute Maid, have retractable roofs that can open in good weather or stay closed during rain or excessive heat. Minute Maid is closed tonight, partly because of some light showers, partly because it’s gives a nice home field advantage to the Astros, magnifying the roar of the crowd rather than releasing it if the roof was open.

One side of the building has stand leading up nearly to the roof; the opposite side features a wall of cement facing on the bottom and paned windows on the top. Along part of the horizontal break between these two sections sits a track, on top of which sits an old-fashioned train engine with a car behind it full of super-sized oranges (the park name IS Minute Maid, after all; you wouldn’t expect the car to be full of Dodger Dogs). And it’s not just a stationary piece of wall art; the train moves back and forth on the track, to the accompaniment of a train whistle, when the Astros win a game. It also moves, as we saw this inning, when an Astros player hits a home run. First baseman Yuli Gurriel did the trick, and by the end of the inning the Stros, as many call them, scored four runs. Score: Astros 4, Dodgers 0.

Many people, including me, consider major league baseball stadiums hallowed grounds, “cathedrals” if you will. Many reasons account for this, but for me one of the most dramatic ones is the uniqueness of each field. Like the dimensions of professional basketball courts, football fields, and hockey rinks, those of the infield part of all major league baseball fields—the “diamond”—are uniform at every ball park. Pitcher’s throw the ball 60 feet, 6 inches to the catcher, base runners travel 90 feet from base to base, and each base measures 15 inches on each side and 3 – 6 inches thick. But then you look to the outfield, and every park is different. While Dodger Stadium is about as symmetrical as any park you’ll ever see, Minute Maid is the opposite, with a wall angling off here, large garage-like doors to one of the bullpens recessed in the wall there. One ball flew out toward the doors, hit the recessed part of the wall, and bounced wildly away from the perplexed Dodgers outfielder. This difficulty is mild compared to a feature of the park that was removed a few years ago. That one, in center field, included a hill with flagpole. They were in play, a most disastrous sort of thing for a player who lost sight of his surroundings. Score: Astros 4, Dodgers 1.

All day I’ve encountered Houston residents, and two things have stuck in my mind. First, the success of the Astros has helped residents rally around their community as they continue to recover from the devastation of Hurricane Harvey. Everyone I’ve talked to has mentioned how the Astros have helped ease the pain, much as the Yankees march to the World Series in 2001 helped New Yorkers to cope with the 911 tragedy. Yes, you can say we have bigger problems in this world than who wins a game (and this is just one of many arguments about how sports are overvalued in our society), but if something like this brings a community together and helps it deal with those bigger problems, then more power to it.

Houston is the center of the American space program and its baseball team, as we discussed in an earlier blog, has lots of ties to that heritage, not the least of which is its name. For years the team played in the Astrodome, the world’s first domed sports stadium. It opened in 1965; when the natural grass inside died, it was replaced with artificial turf that became known as “astroturf”. More mundane links to the astronaut heritage are visible around the park, from Astros-orange t-shirts with the team’s logo and the word “Astronomical” spread across the front, to a graphic that goes up on the video board showing a caricature of an astronaut planting a flag whenever an opposing batter strikes out. Score: Astros 5, Dodgers 1.

The Astros joined the major leagues in 1962 and this year is only the second time they’ve made it to the World Series. Their first time, in 2005, was brief, as the Chicago White Sox swept them 4 games to none. Going into this year, the Astros were one of three teams, along with the Rockies and Nationals, as the only organizations to never win a World Series game. The Astros moved out of that group two nights ago when they won Game 2 in Los Angeles. Now they are looking to win their first-ever World Series game in their home park. The Dodgers scored two runs but, with just a few innings to go and the Astros still holding a two-run lead, the fans are confident of a win, shaking Minute Maid Park with their barely controlled excitement. Astros 5, Dodgers 3.

A baseball game wouldn’t be complete without the 7th Inning Stretch and the song “Take Me Out to the Ballgame”. This song was written in 1908 by Jack Norworth and the Cubs legendary broadcaster Harry Caray is usually credited with first singing it at major league baseball games. Today it’s sung at pretty much all major league parks during the 7th inning stretch, along with, since 911, “God Bless America”. Of course, we are in Texas, and Texas likes to put its own brand on things, so they also play “Deep in the Heart of Texas”. Score: Astros 5, Dodgers 3.

Revisiting the 4th inning comments about the residents of Houston, everyone I’ve run into today has been super nice and helpful, not because it is their job, but because they are good people with solid values. Holding doors, saying thank you, smiling at strangers, answering questions with patience and understanding—all things that mom and dad told us were basic principles of how to treat people, but which many of us lose sight of along life’s path. As my grand-sweetie Addie now blurts out so well, “We LOVE nice people!” Well done, Houston, and thank you.